Plot: Kurt Russell stars as Jack Burton, a tough-talking truck driver whose life goes into a supernatural tailspin when his best friend's fiancée is kidnapped in John Carpenter's Big Trouble In Little China. Jack suddenly finds himself in a murky, danger-filled world beneath San Francisco's Chinatown, where Lo Pan, a 2,000-year-old magician, mercilessly rules an empire of spirits. Facing down a host of unearthly terrors, Jack battles through Lo Pan's dark domain in a full-throttle, action-riddled ride to rescue the girl. Also starring James Hong, Kim Cattrall and Dennis Dun, this special effects-filled spectacle is a non-stop thrill ride to an incredible finish!

• NEW You’re the Hero – an interview with actor Dennis Dun

• NEW Able to Be Myself – an interview with actor Donald Li

• NEW The Tao of Thunder – an interview with actor Carter Wong

• NEW The Tao of Rain– an interview with actor Peter Kwong

• Return to Little China – an interview with director John Carpenter

• Being Jack Burton - an interview with actor Kurt Russell

• Carpenter and I – an interview with director of photography Dean Cundey 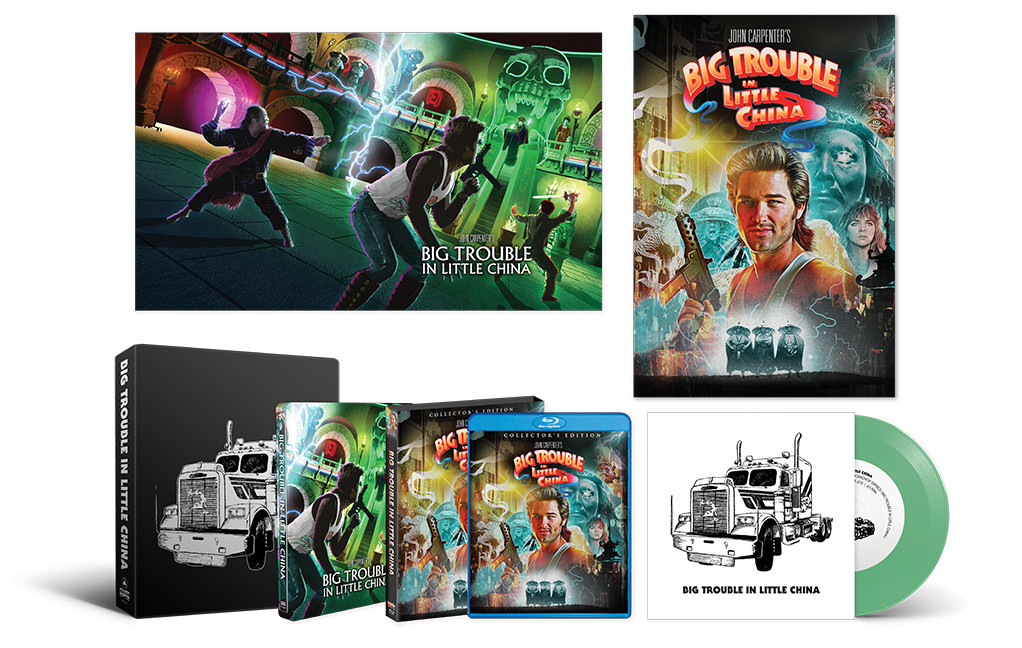 • An exclusive 28.5” x 16.5" rolled lithograph of the new Steelbook artwork by Nat Marsh

• A 7” on exclusive green vinyl via Sacred Bones featuring music from Big Trouble in Little China composed by John Carpenter and recorded by John, Cody Carpenter, and Daniel Davies. The A-side includes the 2017 version of the main theme, "Porkchop Express (Big Trouble in Little China)," and the B-side contains a never-before-released recording of "The Alley War," recorded by the trio in 2019. Our green vinyl variant is a limited edition of 2,500 copies and is housed in a lavish slipcase with new art by frequent Carpenter collaborator Chris Bilheimer. 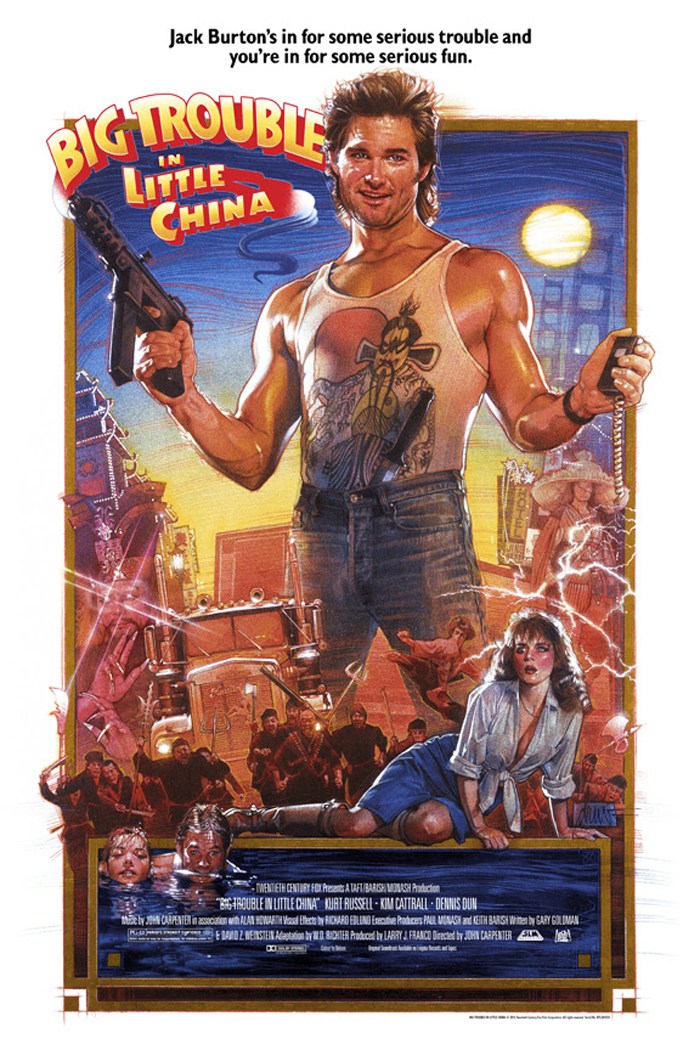