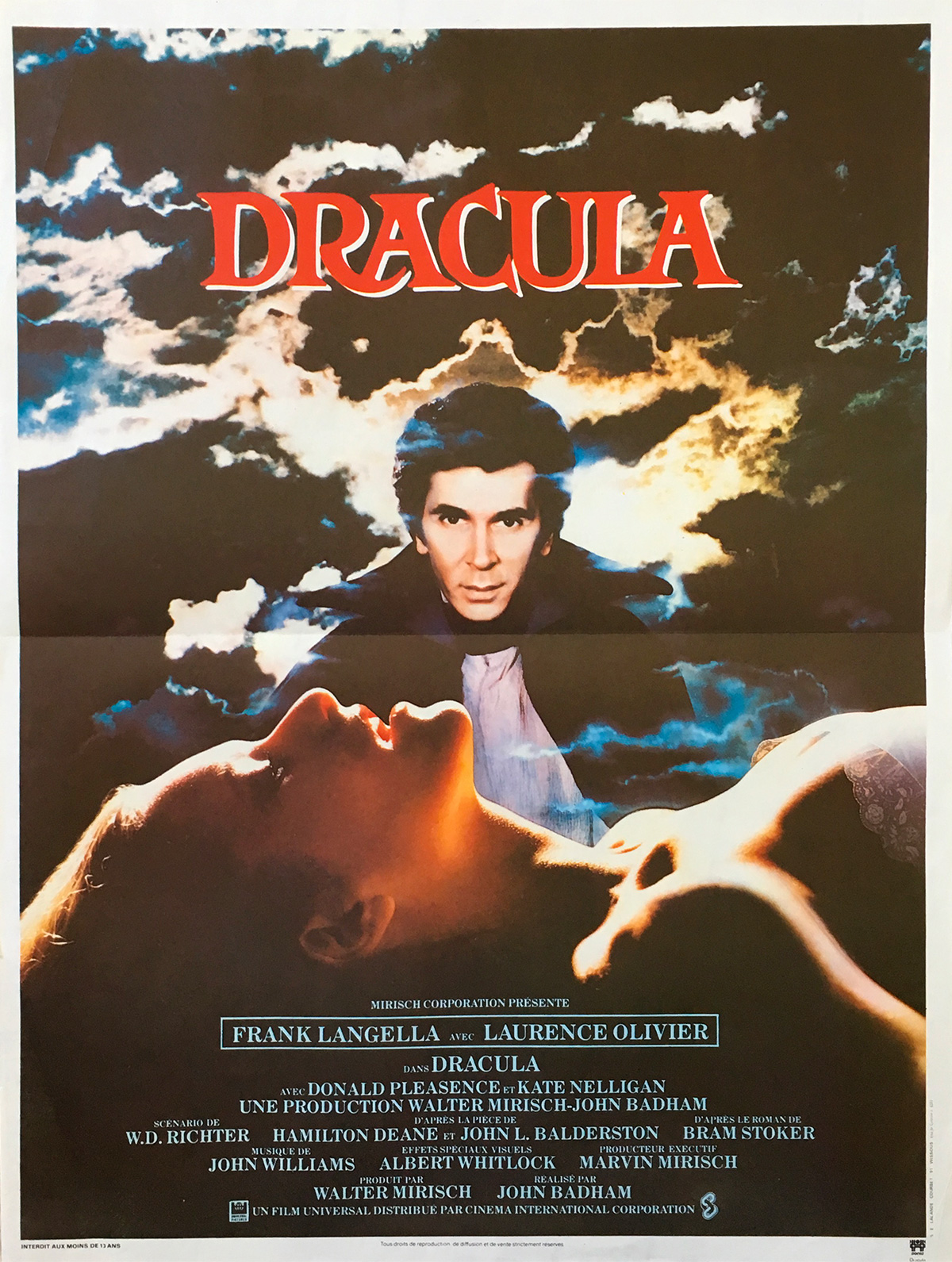 Plot: Throughout history, Dracula has filled the hearts of men with fear and the hearts of women with desire. In this stylish production of Bram Stoker's classic Gothic horror tale, Frank Langella, reprises his electrifying, award-winning stage performance as the bloodthirsty Count Dracula as he goes in search of his ultimate bride. Meanwhile, the renowned and relentless vampire hunter, Professor Van Helsing (Sir Laurence Olivier), seeks to end the dark prince's reign of terror over the citizens of Transylvania. Featuring an all-star cast, fine direction and a superbly atmospheric score by the great John Williams, Dracula is an unforgettable adaptation of one of the most enduring horror legends of all time.