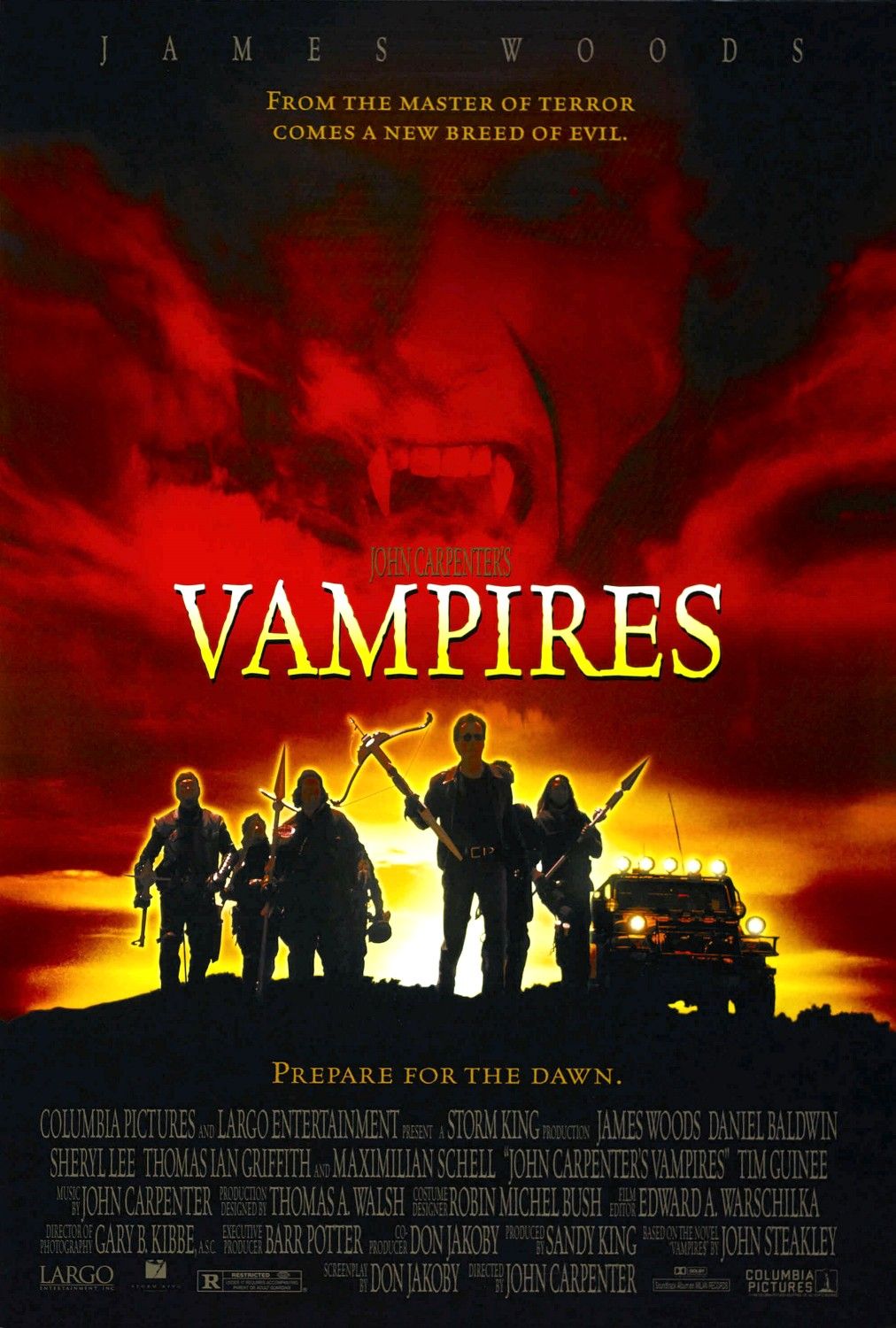 Plot: THE CONFRONTATION OF THE AGES IS ABOUT TO BEGIN.

"Forget everything you've ever heard about vampires," warns Jack Crow (James Woods), the leader of Team Crow, a relentless group of mercenary vampire slayers. When Master Vampire Valek (Thomas Ian Griffith) decimates Jack's entire team, Crow and the sole team survivor, Montoya (Daniel Baldwin), set out in pursuit. Breaking all the rules, Crow and Montoya take one of Valek's victims hostage – a beautiful but unlucky prostitute (Sheryl Lee). She is the sole psychic link to Valek and they use her to track down the leader of the undead. As Valek nears the climax of his 600-year search for the Berziers Cross, Jack and the new Team Crow do everything possible to prevent him from possessing the only thing that can grant him and all the vampires the omnipotent power to walk the world in daylight.

º NEW Jack The Slayer – An Interview With Actor James Woods

º The Making of John Carpenter's Vampires

Does Scream Factory's Blu-ray of Vampires give me mahogany?