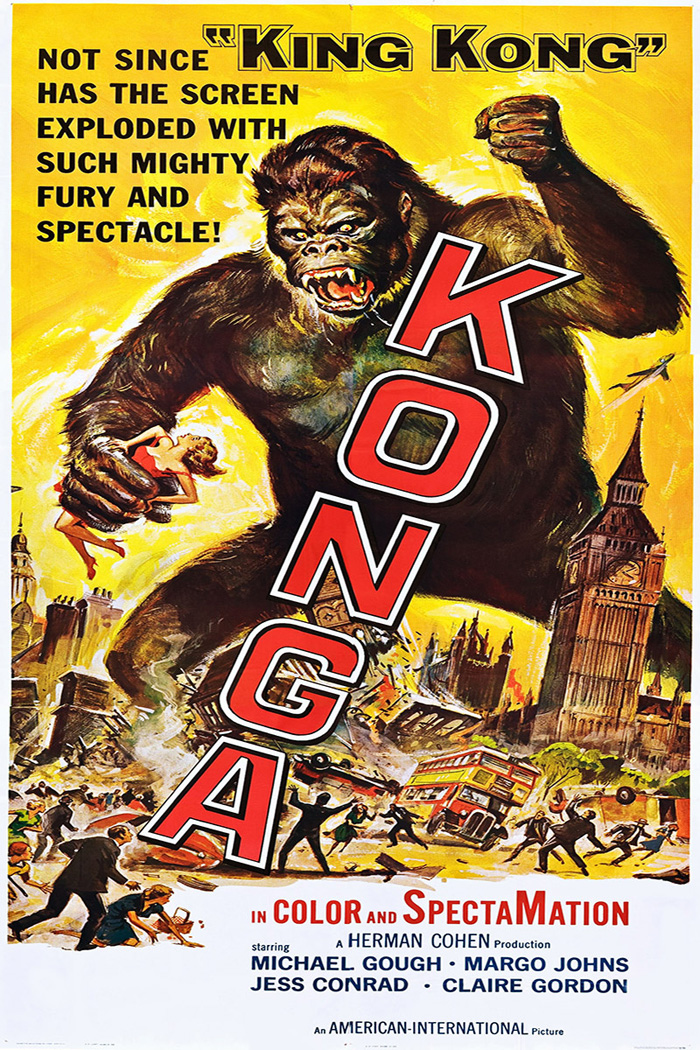 Plot: Dr. Decker comes back from Africa after a year, presumed dead. During that year, he came across a way of growing plants and animals to an enormous size. He brings back a baby chimpanzee to test out his theory. As he has many enemies at home, he decides to use his chimp, 'Konga' to 'get rid of them'. Then Konga grows to gigantic proportions and reaks havoc all over the city of London!