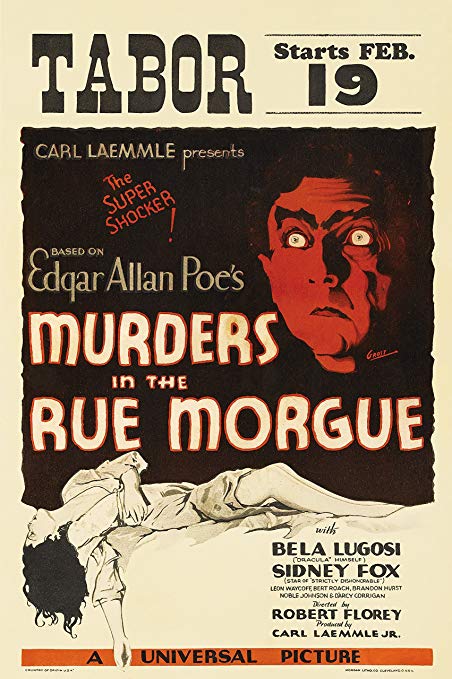 Title: Murders in the Rue Morgue

Plot: A deranged scientist, Dr. Mirakle (Lugosi), searches Paris for a "prospective bride" for his pet gorilla. Inviting young ladies to his laboratory, he injects his victims with gorilla blood and then disposes of their ravaged bodies through a trapdoor. Mirakle finally settles on a beautiful woman to be the mate of the gorilla, kidnapping her from her fiancé, Pierre Dupin. But just as the young lady is about to be sacrificed in the name of unholy science, a frantic Dupin locates his betrothed and tries to rescue her from Mirakle’s unspeakable evolutionary experiments.

º Extras in progress and will be announced at a later date.