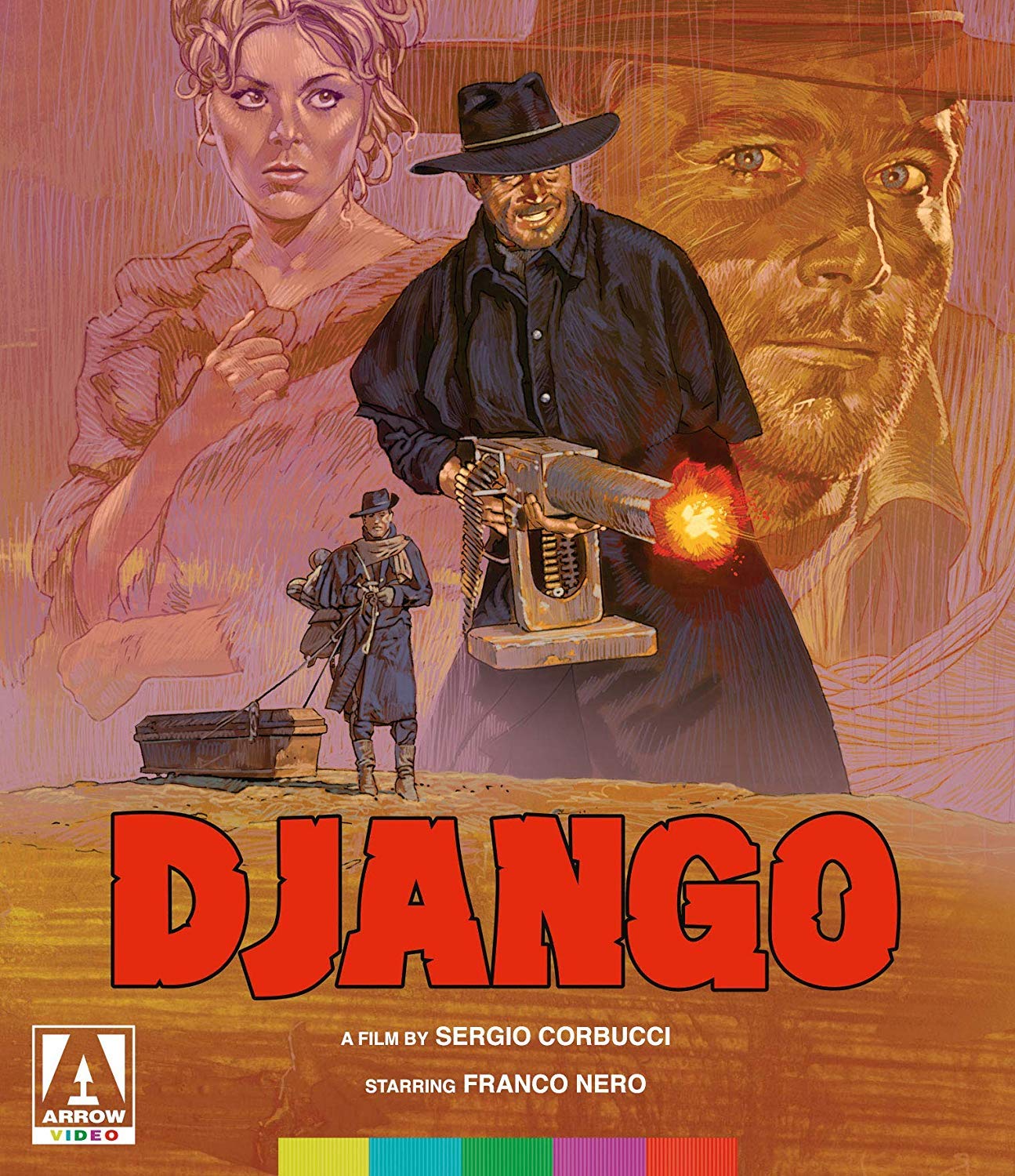 In this definitive Spaghetti Western, Franco Nero (Keoma, The Fifth Cord) gives a career-defining performance as Django, a mysterious loner who arrives at a mud-drenched ghost town on the Mexico-US border, ominously dragging a coffin behind him. After saving imperilled prostitute Maria, Django becomes embroiled in a brutal feud between a racist gang and a band of Mexican revolutionaries…