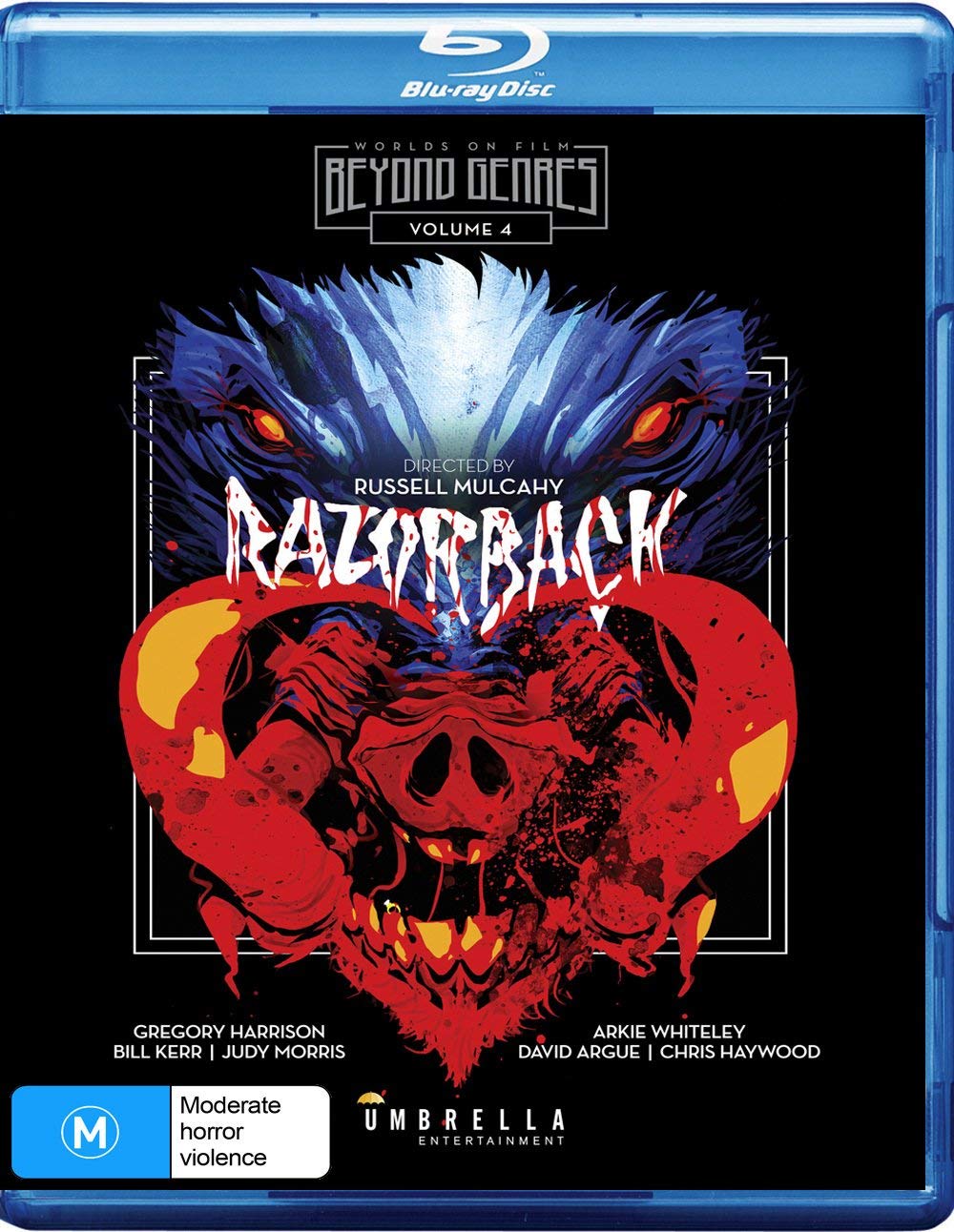 The newest Blu-ray release of Razorback from Umbrella Entertainment is a vast improvement over the past release. The film itself can be incoherent (much like my reviews), but enough fun can be had to justify picking it up.
Film
Blu-ray
Reader Rating0 Votes
4.2

In the 1984 release of Razorback, we venture out into the outback in search of a deadly Razorback (a type of feral pig), which has only been seen by one person, Jake Cullen. After the beast takes his grandson, the town puts him on trial, but with no evidence to back up any murder or kidnapping, he is let go to seek out the animal that killed his grandson. Meanwhile, an American reporter heads to Australia to report on the killings of kangaroos, but she soon runs afoul of some sleazy outbackers, whose midnight rape is cut short when the razorback shows up. Finally, the real story beings when the reporter’s husband, Carl, comes to the country to find her, soon getting involved in the Razorbacks rampage, and the perverts who hurt his wife. Also, a hot blonde shows up and makes Carl forget all about his wife the end of the film.

Razorback has been described by many as Jaws on land, which I think we can all admit is the usual description given to any film that has an animal attacking people. In Razorback’s case, Jaws on any surface is no way to describe the schizophrenic nature of this flick. It can’t decide whether it wants to follow the large razorback, or the two sleazy outbackers and their misadventures with Carl. Throw in the hot blonde played by Arkie Whiteley, whose primary objective is to shower outside, and run around screaming; you have a film that is all over the place. As for Arkie, sure, she acts tough, but once she comes face to face with the Razorback, she hightails it out of there faster than a pig on crack.

Razorback may be scatterbrained, but Umbrella Entertainment’s second stab at releasing the film on Blu-ray, having released a subpar Blu in 2005, is consistently fantastic through and through. Featuring a new 4K master transfer (note, the Blu-ray is not 4K), the film has never looked better than before. Audio is clear and precise as well. Special features are a mix of old and newish. All the extras from the original release are carried over, along with new extended interviews from the Not Quite Hollywood release. Also provided is the VHS Cut of the film, which is rough around the edges, but still fun for nostalgic sake. An audio commentary with director Russell Mulcahy and Shayne Armstrong is also a welcome bonus. Plenty more stuff I haven’t mentioned, but you can see everything included below.

Even though Razorback can’t decide what story it wants to tell, there is enough fun to be had in the film, along with director Russell Mulcahy’s visuals, that you can’t go wrong picking up the excellent Blu-ray from Umbrella Entertainment.

Screenshot Comparisons (Thanks to Caps-a-holic)

Hover mouse over image to see the older release.