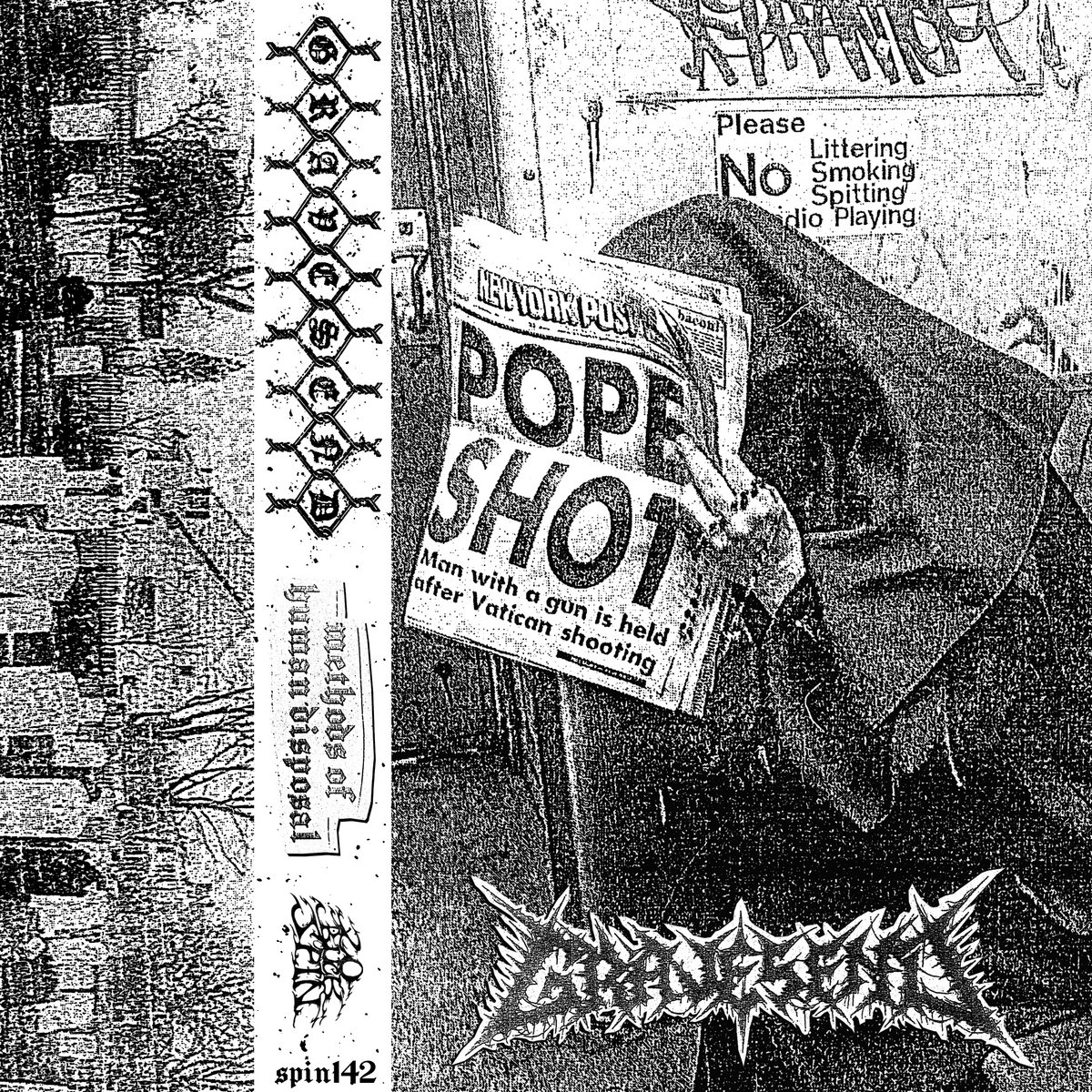 Don’t let the two instrumental tracks at the beginning of Methods of Human Disposal fool you – the pace on Gravesend’s debut album from 20 Buck Spin is blistering and filthy, a direct representation of the grime in the city their lyrics and themes revolve around. The Brooklyn-based band are not pulling any punches about the seediness of urban decay, and for outsiders like me living in small-town rural USA, the lyrics paint a picture not unlike what we’d see in Death Wish or The Warriors.

Methods of Human Disposal features 15 tracks of blistering blackened deathgrind, though all of these elements blend so well together that it’s often difficult to really pinpoint where one subgenre stops and another begins. The production is dirty and distorted but all of the requisite parts are still wonderfully evident, from the throat-ripping reverb-draped vocals to the pounding bass throughout. While the album mostly manages blast beats and some mid-paced riffs, its standout elements happen to be its down-tempo breakdowns, which are sure to be crowd-pleasing favorites when live music resumes. “Verrazano Floater” employs a doomy slowness throughout its 1-minute length before drifting into the noisy, rat-infested instrumental interlude “Eye for an Eye” to keep things fresh before the second half kicks in.

If you’re looking for some high-energy filth, look no further than Gravesend’s debut. Destructive, scuzzy, and filled with undeniably catchy riffs, Methods of Human Disposal spans the gamut of metal genres – a difficult feat considering there’s already a huge number of bands attempting the same styles. In Gravesend’s case, that filthiness apparent in the songwriting just fits.

This cassette tape from 20 Buck Spin comes with a black-and-white J-card full of lyrics with occasionally hand-written titles. The tape is white and single-sided, which is perfect considering Methods of Human Disposal is a relatively short listen – just flip the tape over and start again.