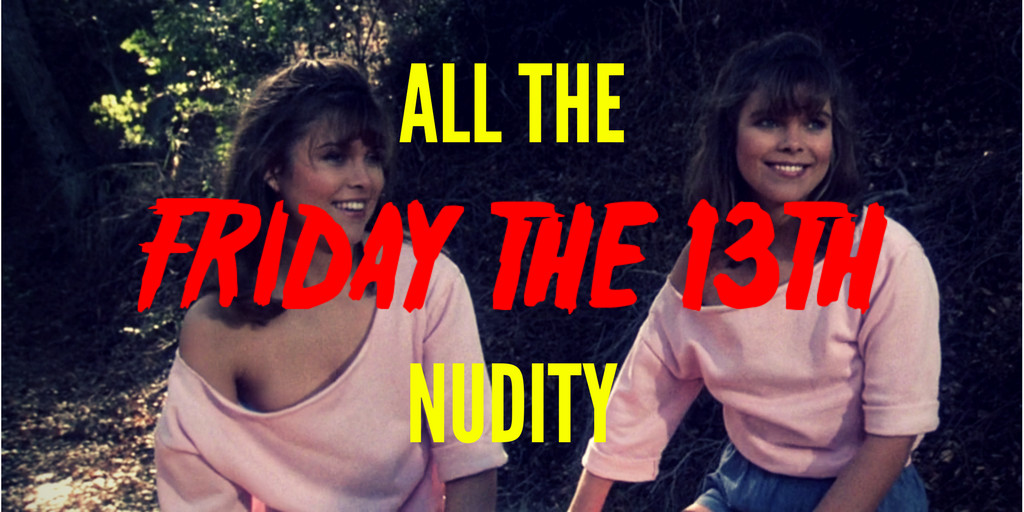 [NSFW] All of FRIDAY THE 13TH Nudity in One Post!

The Friday the 13th series has had a ton of sequels, and besides the kills, the films have also been known for their nudity. While the films might seem tame in comparison to some of the other prominent smut of the day, a ton of leading ladies lost their tops along with their lives throughout the series’ run, and it’s important that we appreciate their dedication to making a solid, sometimes exploitative, slasher film. That’s why we’ve compiled the Friday the 13th nudity in one place, because who wants to have to fast forward through a bunch of lame Jason kills to find what they’re looking for? Heads up, folks – this post is obviously NSFW. (We also have done all of the Halloween nudity and all of the Hellraiser nudity.)