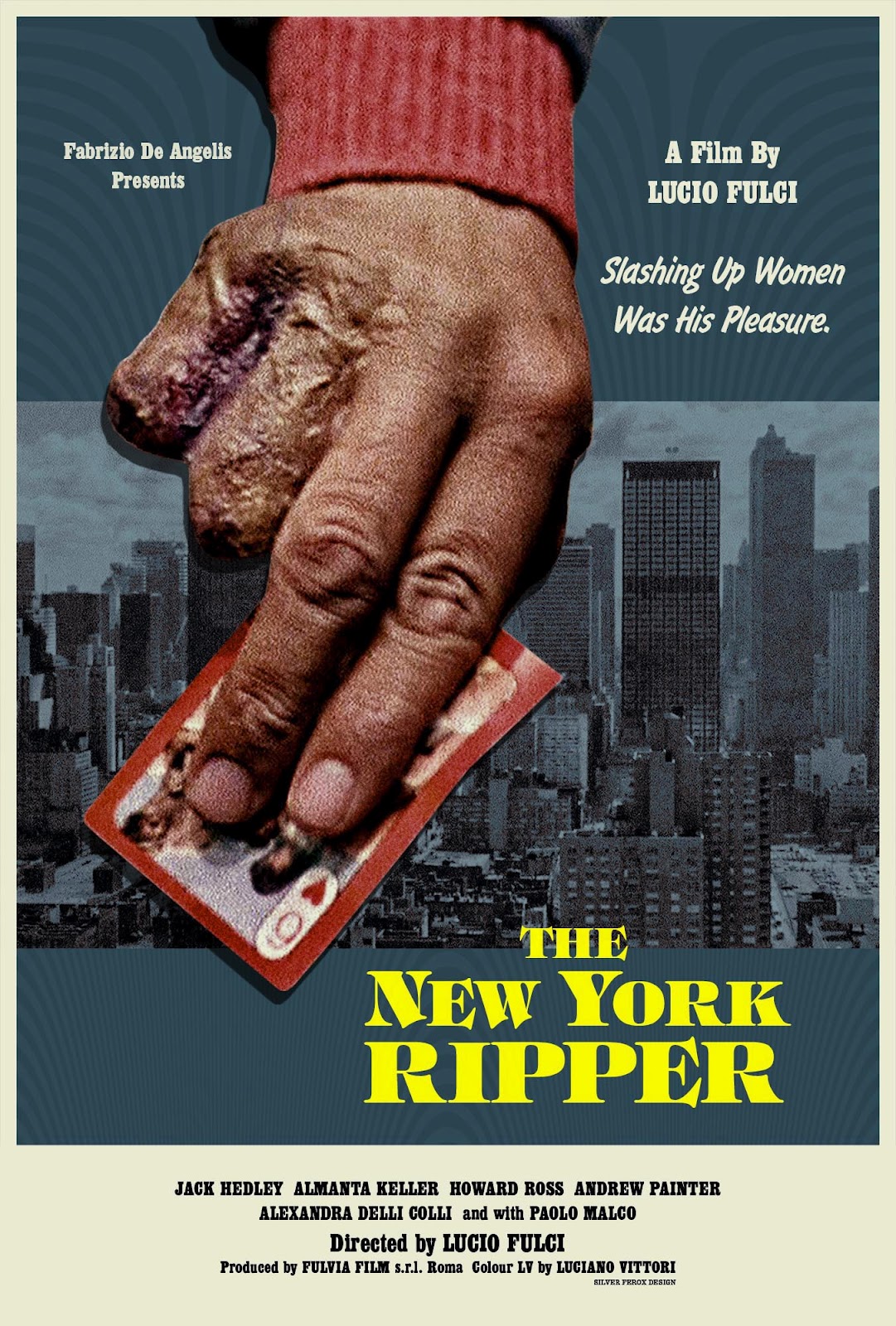 A dangerously insane masked killer is stalking the streets and high-rises of New York in Lucio Fulci’s universally maligned Giallo anti-classic. The New York Ripper—as he comes to be called in the film—targets, stalks, tortures and murders women seemingly indiscriminately. The killings are gruesome and explicit, up to and including depictions of eyeball slicing and female genital mutilation.

The extreme, gory sleaze of The New York Ripper is appalling and horrific, but what makes this movie truly “special” is just how incredibly stupid it is in virtually every way. Even the very premise of the film: the killer terrorizes his victims and the police by calling them on the phone and quacking like a duck at them. No seriously: that’s his thing, that’s the gimmick of the New York Ripper – he sounds like Donald-god-damn-Duck. He’s also unhinged beyond the wildest dreams of most murderous villains, but that duck stuff is all anybody knows about this flick anyway.

The New York Ripper is, in a way, the end of evolution for the Giallo genre. The story, such as it is, is what you might expect: inept police search in vain for a masked psychopath targeting the women of New York City. Our heroes—a detective and a psychiatrist—conduct a desperate hunt of their own for the murderer, following a trail of laughably odd phone calls and
mutilated lady corpses right up to the final, unexpected (and very stupid) confrontation.

Lucio Fulci is well known for a few things: unpredictable twists, inexplicable characters, and super nasty awesome gore effects. Oh, right, and his blatantly bigoted and primarily misogynist themes. Many slasher movies tell the same “if you have premarital sex, you will be killed horribly” bullshit morality tale, but wow Lucio Fulci hated women. Every character in this movie is portrayed as being “deserving” of all this torment in some way or another.

Not even the main characters get a pass: the cop is apparently addicted to soliciting prostitutes and the psychiatrist is guilty of the most unspeakable perversion a character in a Giallo can be: he’s gay. The fact that he survives where so many other innocent gay men and women in Giallo films are killed is a miracle.

I’ll give you one guess as to how Fulci approaches the killer, his motivations, and his victims. Can you guess? That’s right — Everyone the killer slays on camera during his rampage is a woman. Of course, these are all degenerate hussies that dare to live sexually active, independent and diverse lives. Some of them may even be—gasp—sex workers.

If you can stomach it, overall, The New York Ripper is worth watching for the obscene spectacle that it is. It is, quite possibly, the dumbest and most loathsome Giallo ever made. It’s regarded as the downturn of Fulci’s career, the moment he stopped making okay-ish slasher flicks (and truly remarkable horror movies) and started wallowing in filth and awfulness. I may not always agree with the critics, but man they nailed it this time – this thing is an abomination, a grisly wreck that I couldn’t
take my eyes off.

The New York Ripper is for Fulci completionists, lovers of trash cinema, and gross weirdos (such as myself) only – fans of decency, humanity, actual movies or just people with good taste should forget I said anything.

Well, besides a woman’s face being sliced up with a razor blade and another being split in half at the vagina, and another being disemboweled and another being stabbed in the crotch with a broken bottle and a guy getting literally his entire face shot the fuck off, there isn’t that much. Oh also a lady gets her throat cut and she gets sliced up. All of this is shown very explicitly, there’s none of that “almost show it but then cut away and hear the victim’s screams” trick here.