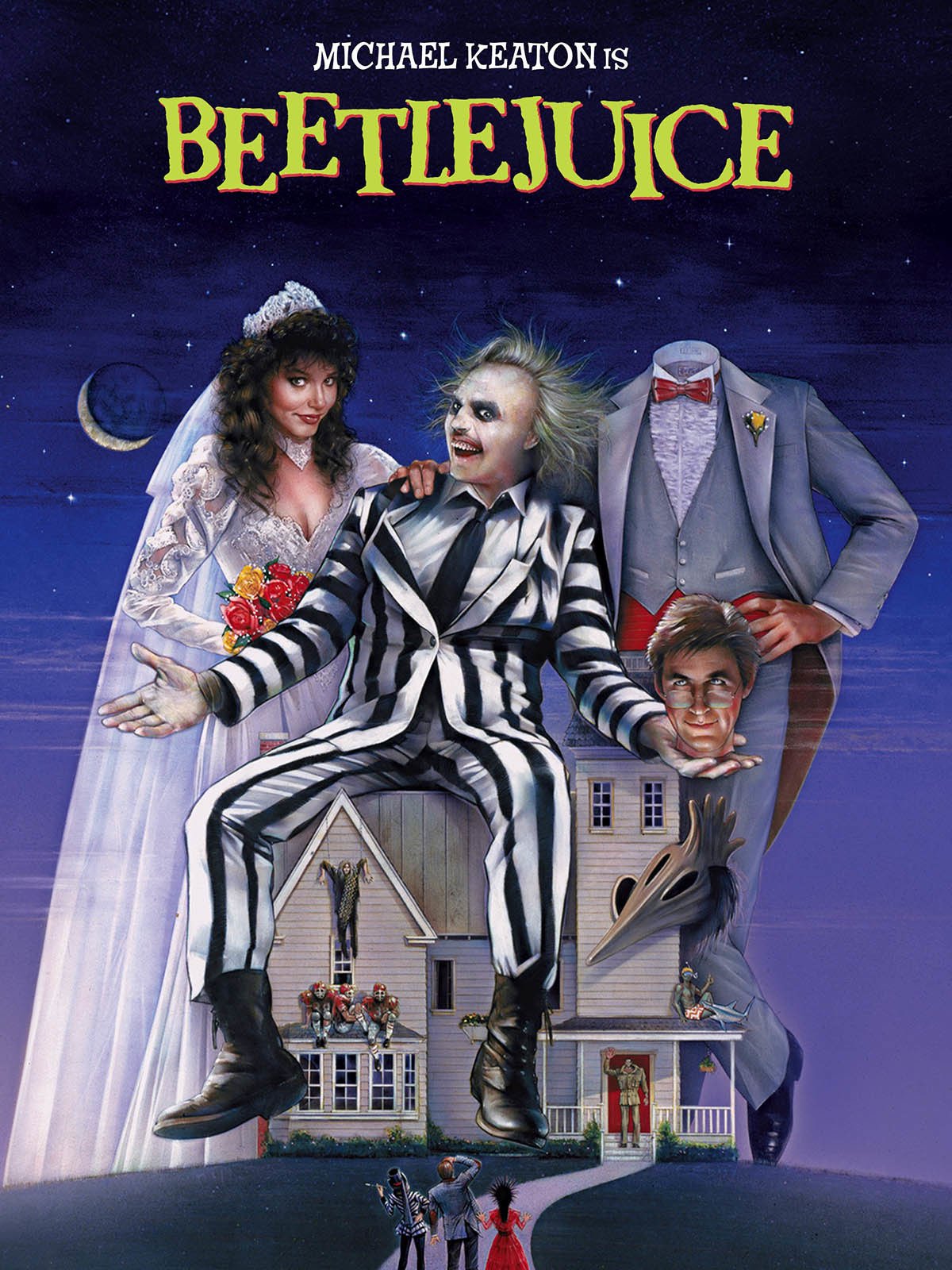 If there’s anyone who has been able to assemble a massive cult following, it’s Tim Burton. His distinctive visual style and flair for odd character-driven stories has helped him generate a number of well-received classics including Edward Scissorhands, Mars Attacks!, and Corpse Bride. But one of his earliest successes is the creepily comic Beetlejuice, about a couple who find themselves struggling to figure out how to cope with the afterlife’s seemingly endless amount of rules, regulations, and paperwork.

Now Beetlejuice isn’t particularly a Halloween film, nor is it horror in the most economical description. But Burton’s imagery often evokes what many consider to be the playfully spooky style of All Hallow’s Eve, from gargoyles to rickety old houses to the blackly-comedic imaginings of dead people appearing in the afterlife doomed to live in the same manner they died (like sporting a shrunken head or flattened into a pancake). The film emphasizes its ghoulish nature, and even though most would classify Beetlejuice as more of a fantastical comedy than anything else, its storyline certainly reminds of the ancient traditions of Halloween, when the barrier between the dead and the living is said to be at its weakest.

I was never a huge fan of Beetlejuice before meeting my wife, and in truth I can’t say that I had ever watched it completely before she made me sit down for it. However, subsequent viewings have made me appreciate Burton’s stylish flair and – perhaps more than I realized previously – notice that Betelgeuse himself is not actually the prime focus of the film but the nemesis for the rest of the characters whether they realize it or not. Michael Keaton’s portrayal of the moldy, frazzle-haired man is pitch-perfect, but the film’s best moments occur when Alec Baldwin and Geena Davis are navigating their post-life life, an alternate take on hauntings where the living bother the dead in their own house.

Though Beetlejuice is playful in the way it talks about death, the central themes still deal with the fragmentary nature of human life: we’re here and then we’re gone, and it often happens so quickly that we never really know what occurred. The film’s couple – the Maitlands – are good examples of how haphazard life can be, and Beetlejuice attempts to find a way to cope with a human being’s short time on Earth. What if, Burton asks, there’s something else on the other side? What if it’s almost as banal as the most boring things we experience in life?

Some might not find that prospect funny; it’s kind of sad and pessimistic, sort of ironically humorous in a Burton-esque way. But Beetlejuice wants its audience to laugh at the absurdity of life and death, to have fun with the tenuous ties between two worlds. And if there is a life after death, hopefully it’s as entertaining as the film’s two dance numbers suggest. Best case scenario, the afterlife turns our experiences into Halloween all year ’round.