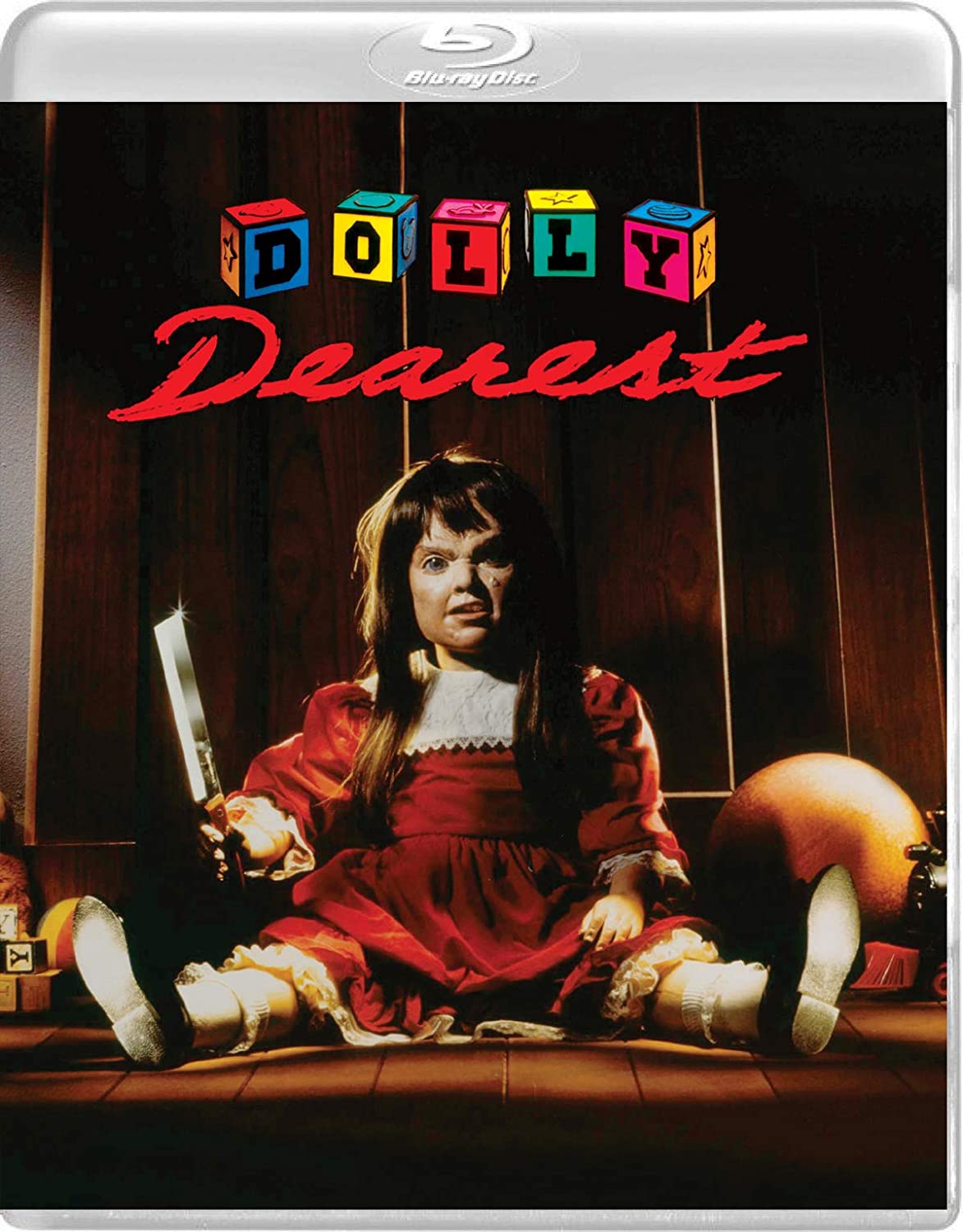 By the time Dolly Dearest came alive in 1991, audiences had already gotten Dolls and the first two Child’s Play films. Yet that didn’t stop director Maria Lease from crafting a similarly-themed horror movie about a doll that comes to life to terrorize a family in a small Mexican town. Dolly Dearest cribs a lot from Child’s Play (including its stuntman Ed Gale), but it also grabs snippets of ideas from another inspiration – The Omen – to tell a somewhat fitful story about living dolls, a goat-headed demon child, and an ancient tribe known as the Sanzia.

Denise Crosby stars as mom Marilyn Wade, who begins to suspect something’s up with her daughter Jessica (Candace Hutson) when she starts acting like a little shit with her new doll. Similarly, Elliot’s (Sam Bottoms) new doll factory seems to be quite accident-prone after a few coincidental deaths in and around it begin to add up.

The film’s Mexican setting gives it a unique location to explore the spiritual side of the plot, involving a Sanzia crypt that Karl Resnick (Rip Torn) is excavating that unleashes a devil-child spirit inhabiting the bodies of Dolly Dearest dolls. Though the film attempts to give viewers a brief historical understanding of the Sanzia and their goat-headed demon baby, it’s sloppily executed and never truly explains how multiple Dolly Dearest dolls can be inhabited at the same time. Still, viewers probably aren’t here for a sociological study; they’re here to see murderous dolls attack this family, and that’s primarily what Lease gives us at the expense of a concise plot.

What we do get is a decently creepy atmosphere in the film’s earlier moments thanks to good pacing and the decision to keep Dolly Dearest’s movements to a minimum. Cinematography showing the doll in position one moment and moved the next contribute to the eeriness, along with the sound effects of soft wooden footsteps. The Sanzia crypt is also a nice touch that helps differentiate this film from another Child‘s Play clone.

But Dolly Dearest loses its effectiveness in its much more explicit second act, which takes a turn towards too much humor and negates the doll’s unspoken sinister characteristics. The finale gets pretty hokey with far too many plot holes, culminating in a rushed climax that leaves more questions than answers. Its final shot – the camera zooming into a burning building for seemingly no reason – seems to indicate even the editor didn’t know how to end this thing.

For all of its flaws, though, Dolly Dearest is still quite fun. It’s obviously copying techniques from more successful films, but they also tend to work quite well here. While it might not have the nuance of Child’s Play, it makes up for that with a scenery-chewing performance from Rip Torn and some unique kills. If you’re a fan of killer doll movies, Dolly Dearest is a necessary addition to your collection.

Dolly Dearest comes to us on Blu-ray thanks to Vinegar Syndrome, assembling a new 2k scan of the film from the 35mm interpositive. Despite the IP source, the film looks great, with excellent detail and color timing and a fairly consistent grain scale that does get more obstructive occasionally during darker sequences or fog. There is also one particular shot with an apparent drop in quality that may have been a faulty frame. However, this release will definitely please fans thanks to its great new HD presentation.

The film gets a DTS-HD MA 2.0 stereo track along with a Dolby Digital 2.0 track as well, presumably carried over from DVD (which does not get a choice on the menu). The DTS-HD sounds great with no noticeable flaws or drops and it maintains good audio volume. English subtitles are also included though also not accessible from the menu.

Extra features include a new interview with Denise Crosby, who gives about 14 minutes on the making of the film, working with Rip Torn, and other interesting info. Ed Gale also gives a new 8-minute interview about his stuntman work, including a couple of funny anecdotes (one at Torn’s expense.

As with most other Vinegar Syndrome releases, the package comes with reversible artwork along with a DVD version of the movie.

One can’t complain about anything on this Blu – it’s great to have Dolly Dearest available with a good HD scan, and getting a couple new interviews is just icing on the cake for a film that’s been fairly forgotten. 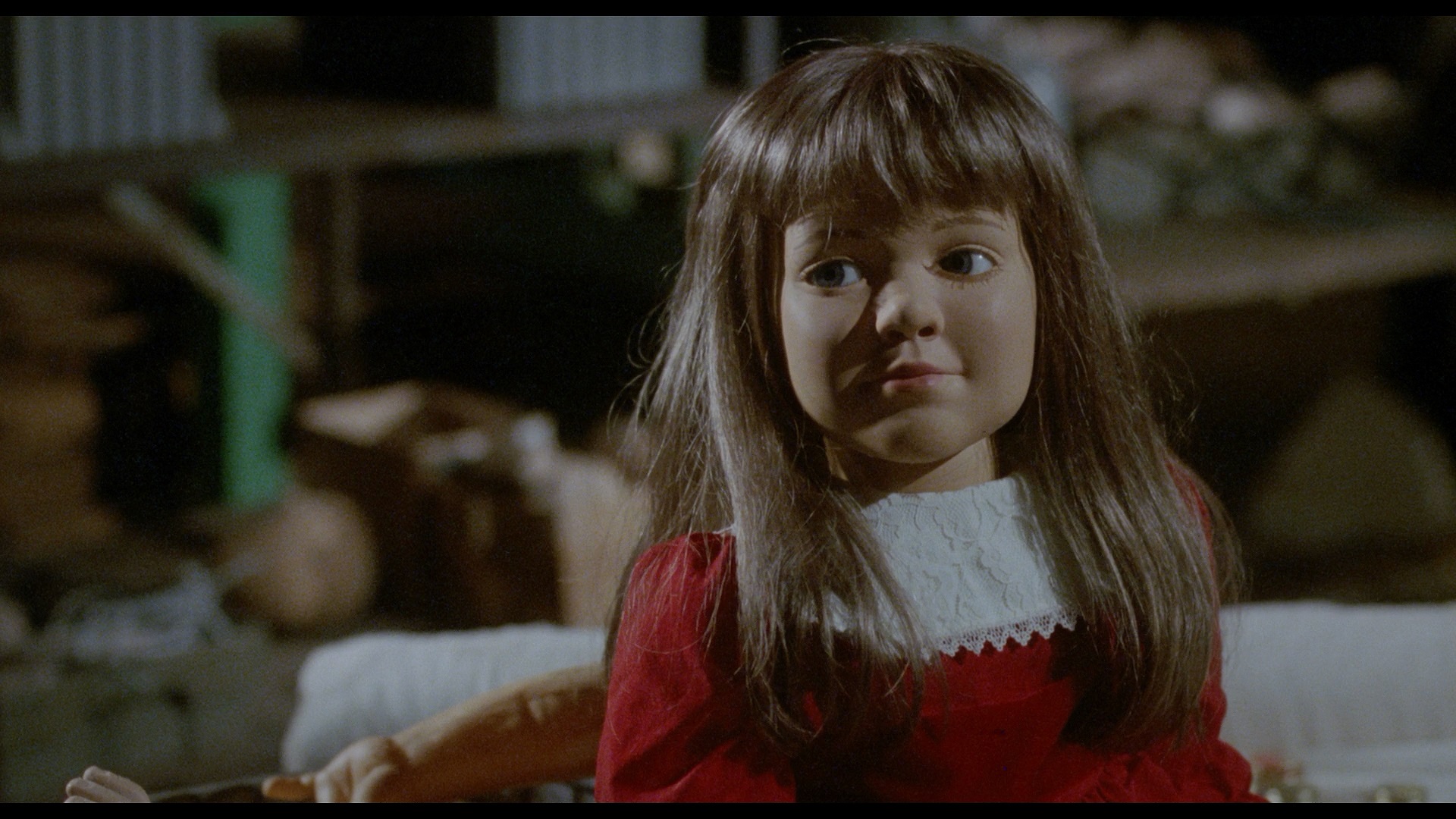 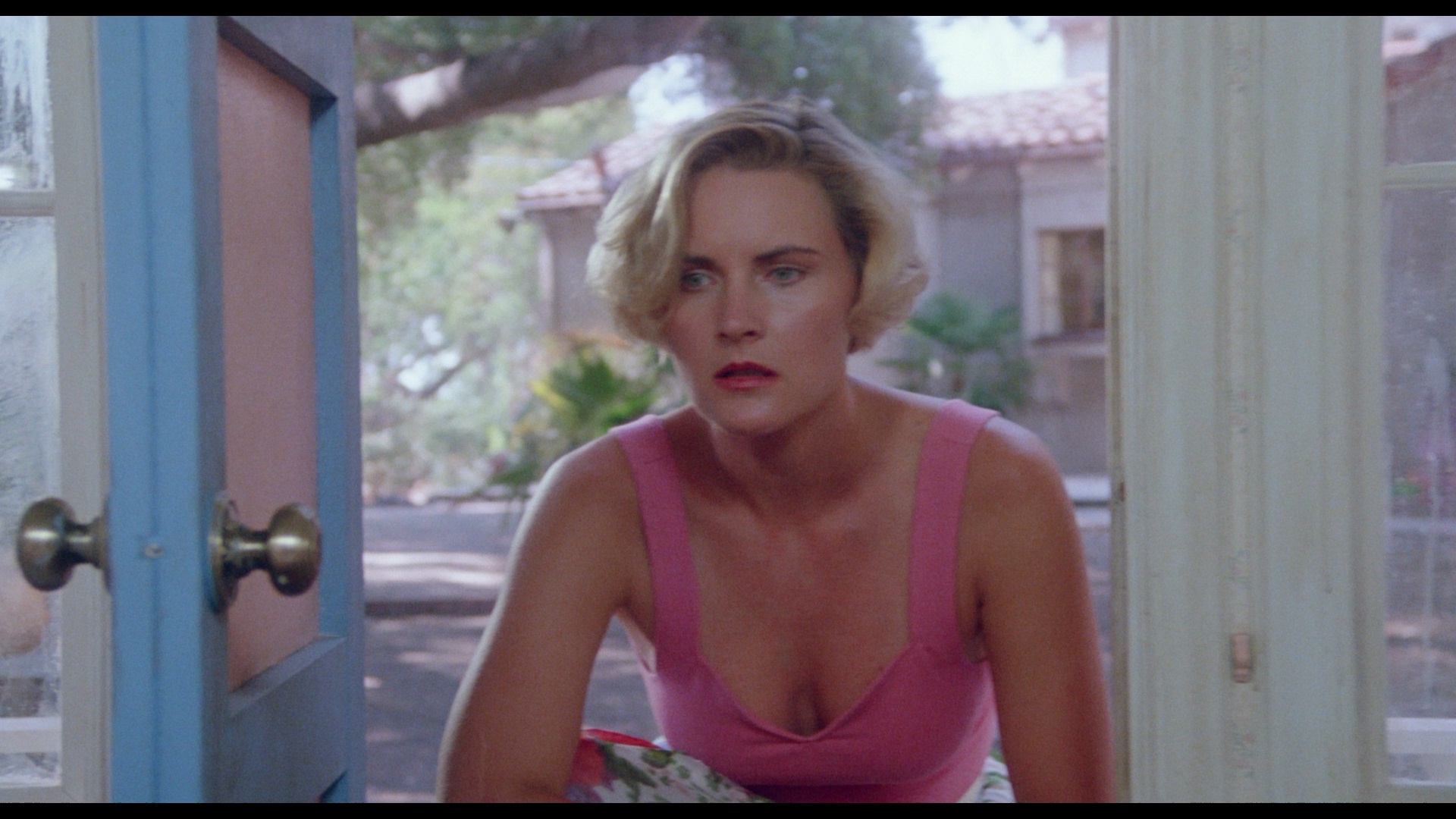 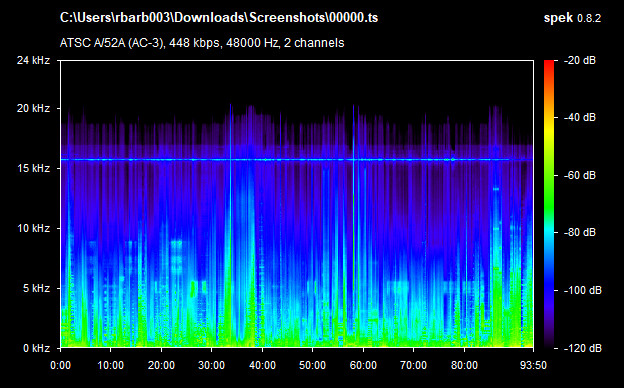 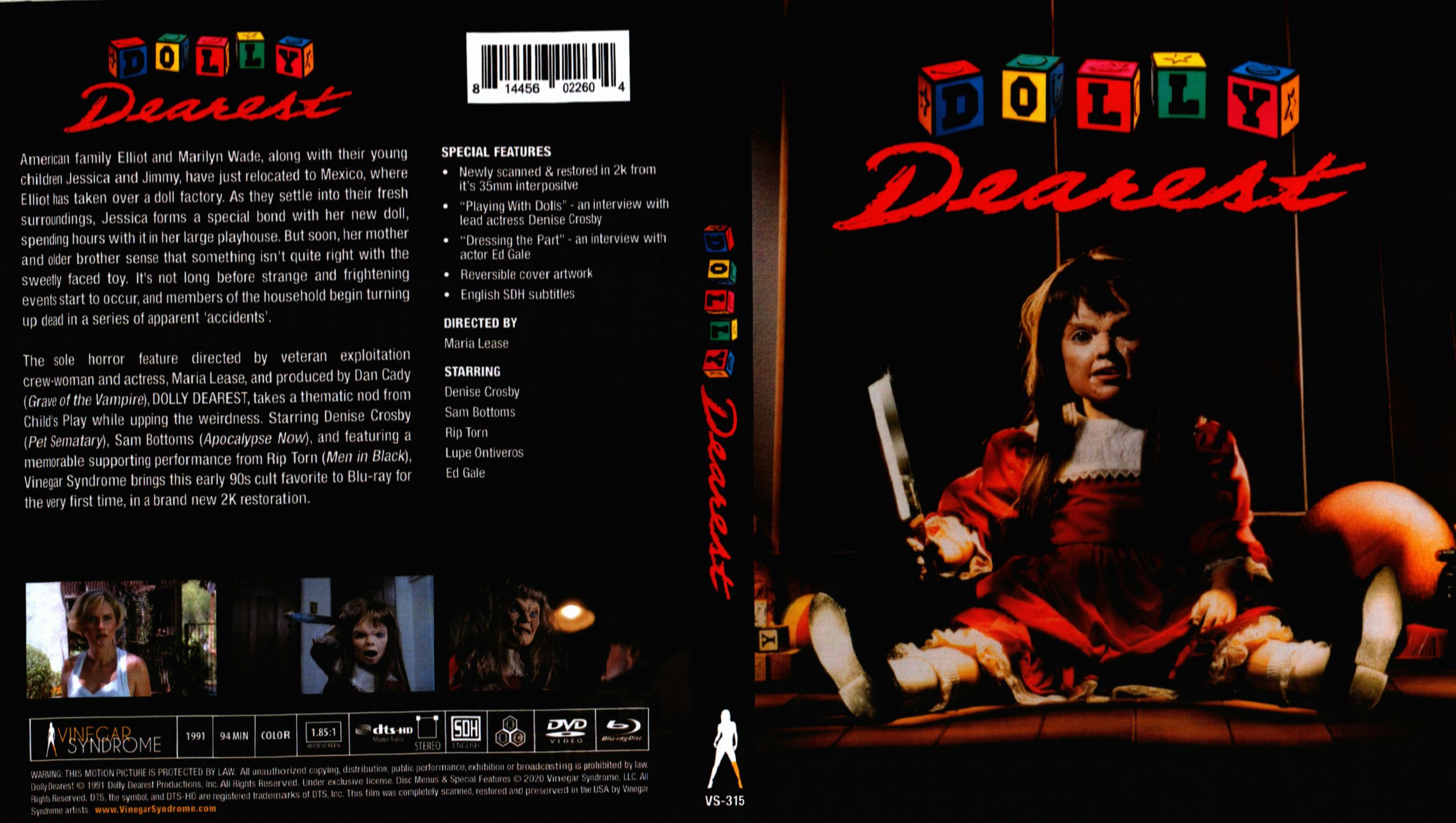 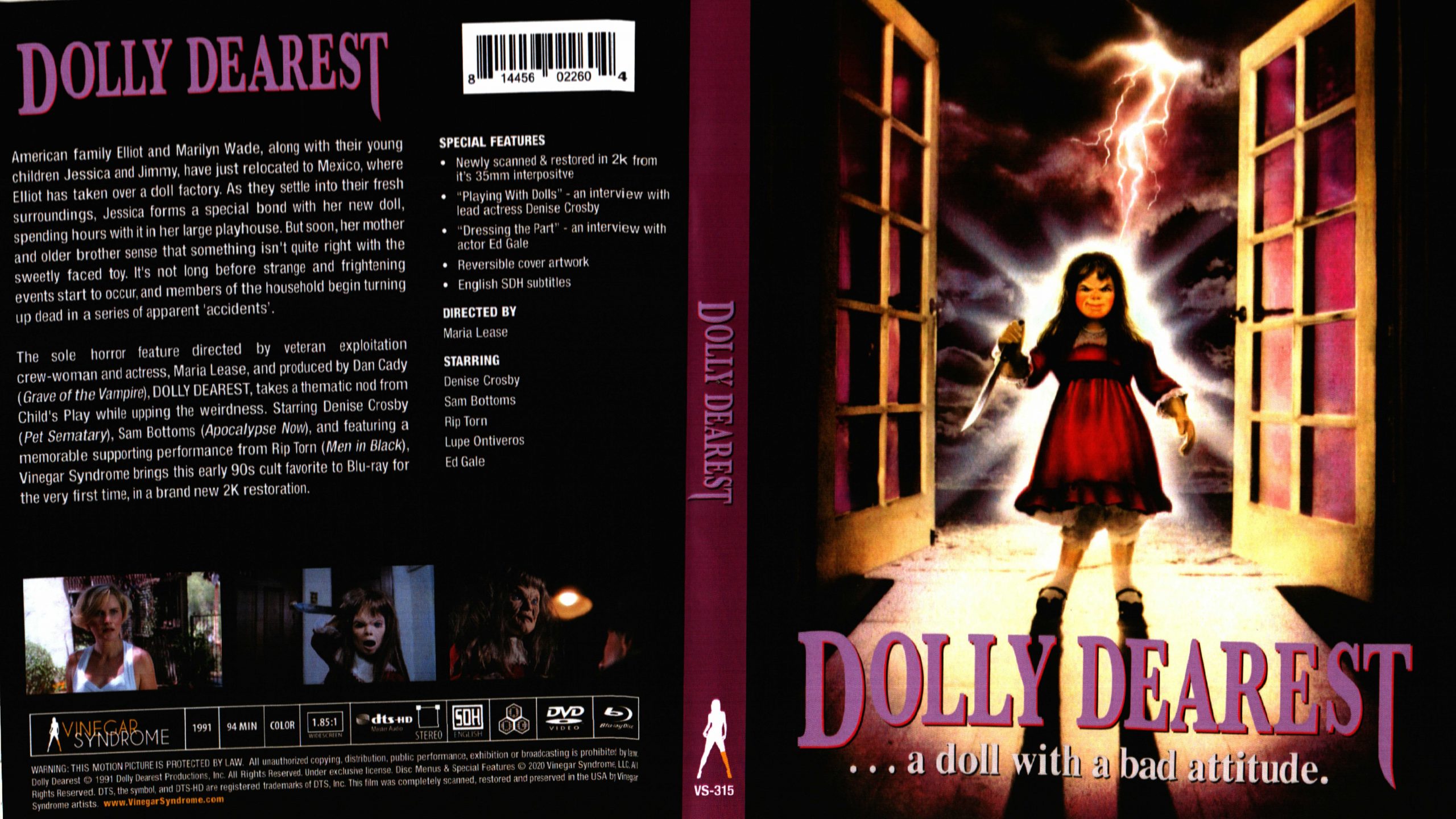