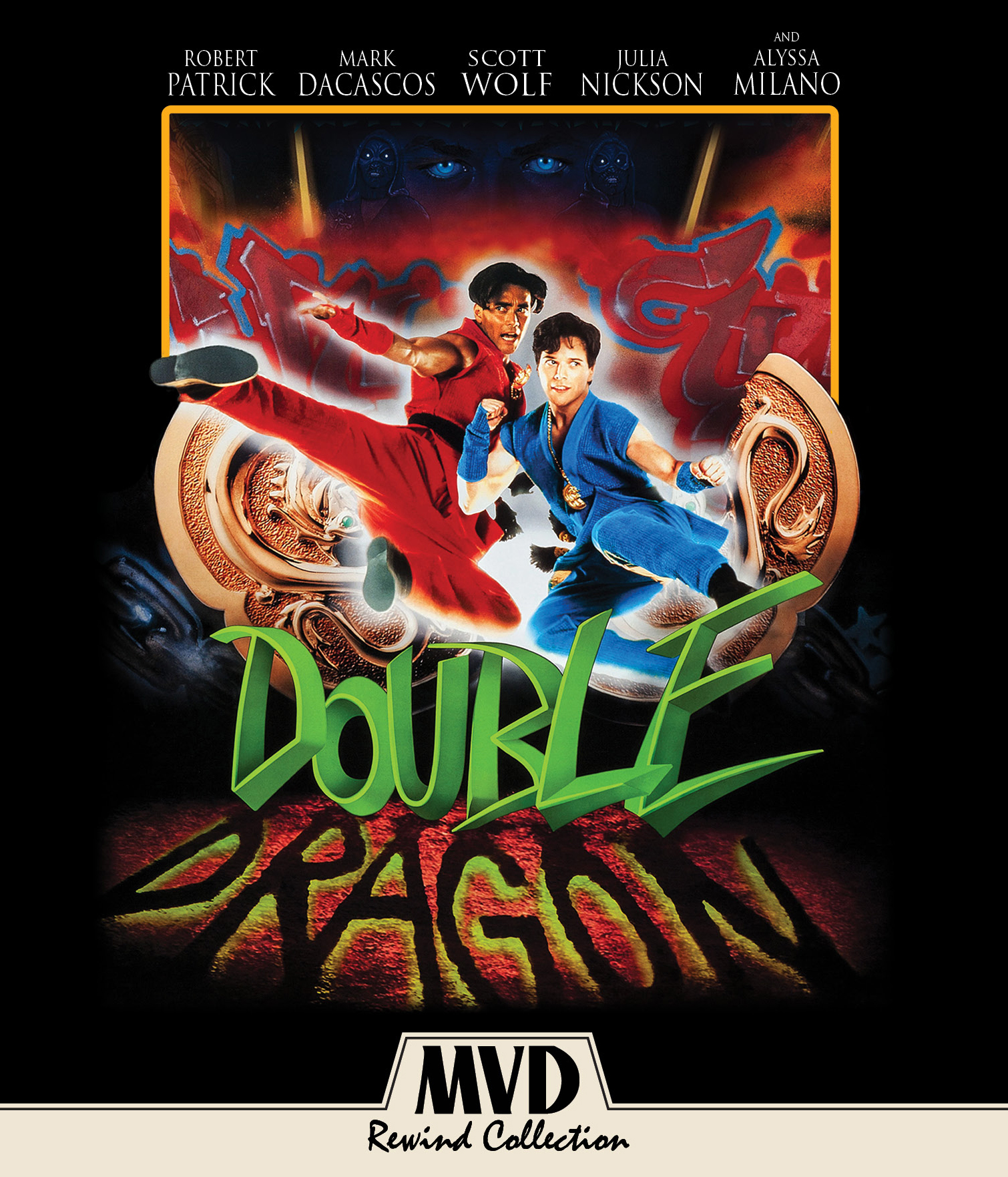 Back in the ’90s, movie producers were getting some great ideas for new films. “What if we took popular arcade and Nintendo games and turned them into film franchises?” one would say. “But what about the lack of a plot in the game itself? Surely we must have a storyline for a successful movie?” another would debate. “Not an issue! We’ll think of something!” the thoughtful producer would counter. By late 1994 when Double Dragon released, the world had already seen the weird Super Mario Bros. movie with John Leguizamo and Bob Hoskins; and shortly thereafter, we’d get a smattering of video game franchises including Street Fighter and Mortal Kombat. But besides being based on popular video games, these films all had another thing in common: screenwriters were tasked with conjuring up a plot that matched the aesthetic of the video game despite their namesakes lacking a strong backstory. And this is ultimately where Double Dragon failed: it takes an extremely basic concept and has to cook up a story, resulting in odd tone fluctuations throughout.

The film stars Mark Dacascos and Scott Wolf as brothers Jimmy and Billy Lee (respectively), who happen to inherit one-half of a powerful dragon medallion that Koga Shuko (Robert Patrick) is trying to possess. He has the other half, which allows him to morph into a piece of paper that then becomes a shadow that can possess other people, and you know that he’s also evil because he has bleach-blonde hair. If he gets both halves of the dragon medallion, bad stuff is going to happen to an already decimated city destroyed by earthquakes, although the film never really explores what that means except when Koga Shuko becomes two ninjas with swords.

As you can very well make out from the synopsis, Double Dragon doesn’t have the greatest storyline. In fact, it’s extremely weak to the point where director James Yukich really doesn’t have a handle on the tone of the film at all. Sometimes, it’s serious – like when Koga Shuko burns down the brothers’ dojo, leaving their master Satori (Julia Nickson) to die inside. Sometimes, it’s horrendously silly, like a Nickelodeon live-action show from Dan Schneider. Seeing the film with MVD Rewind’s new HD transfer reveals just how cheap some of the sets are – particularly the Power Corp. area, which looks like someone from Double Dare designed it complete with a Gak river.

However, Double Dragon is also occasionally fun. Patrick is certainly hamming it up at every opportunity, and his performance alone is probably worth the price of admission. There are a couple of well-choreographed fight sequences too, particularly the impressive broomstick fight scene with Dacascos and a cool jet-ski chase. However, it all culminates in a cheesy and slightly overlong movie that is far too simplistic at its core, with poor explanations for its plotting and futuristic world. Much of the cast and crew would go on to do better things, but Double Dragon only ranks as a nostalgic viewing for those that may have grown up loving it and copping the Lee brothers’ super-cool handshake.

MVD Rewind has been going back to the glory days of the ’90s with new Blu-ray releases of classic action films and while Double Dragon certainly doesn’t rate as a classic in my book, I know there’s a lot of love for it in cult film circles. The film gets a new HD transfer (I can’t find any source for this) with a 2.35:1 aspect ratio that looks fairly good, although whatever source was used certainly has some damage. While the picture itself has moderately good detail and definition, the source features occasional debris and a consistent cigarette burn in the upper right-hand corner, usually appearing during a scene transition that can be distracting. Colors are somewhat dull here for a film that does feature some vibrant backdrops. Ultimately this is a fair scan but I’m not sure it’s the best we could have gotten.

MVD includes three different audio tracks, two of them lossy Dolby Digital. The first Dolby Digital is a 5.1 that sounds fairly good although dialogue and sound effects can occasionally sound tinny. The other is a German 2.0 Dolby Digital track with a strong vocal presence up front. There’s also a 2.0 LPCM track that is probably the best option here. English, French, and Spanish subtitles are included.

Extras are pretty robust, including a lengthy hour-long making-of featurette featuring many interviews with primary cast and crew. Fans of Double Dragon should watch, but others casually interested in the film might want to skip. A shorter 24-minute interview with producer Don Murphy illuminates a lot of info about picking up the rights for the film and the reasons for its problematic tone; he also discusses a number of other films he’s produced. The rest of the features are archival, including a behind the scenes and making of featurette and various galleries. Also available on this release is a number of trailers, two from this film and many others released by MVD Rewind. There’s an additional DVD version included as well as reversible cover artwork and poster.

While Double Dragon is certainly not a great martial arts film, its nostalgia factor and Robert Patrick make it worth one viewing. This Blu-ray has a pretty good scan and a number of extras – but still, I’d only recommend for hardcore fans of the movie.

Check out our extensive gallery of screenshots from this Blu-ray.

While Double Dragon is certainly not a great martial arts film, its nostalgia factor and Robert Patrick make it worth one viewing. This Blu-ray has a pretty good scan and a number of extras - but still, I'd only recommend for hardcore fans of the movie.
Film
Blu-ray
Reader Rating0 Votes
2.5
Buy
Amazon
Hosting screenshots is expensive. If you want to see more galleries, consider donating!