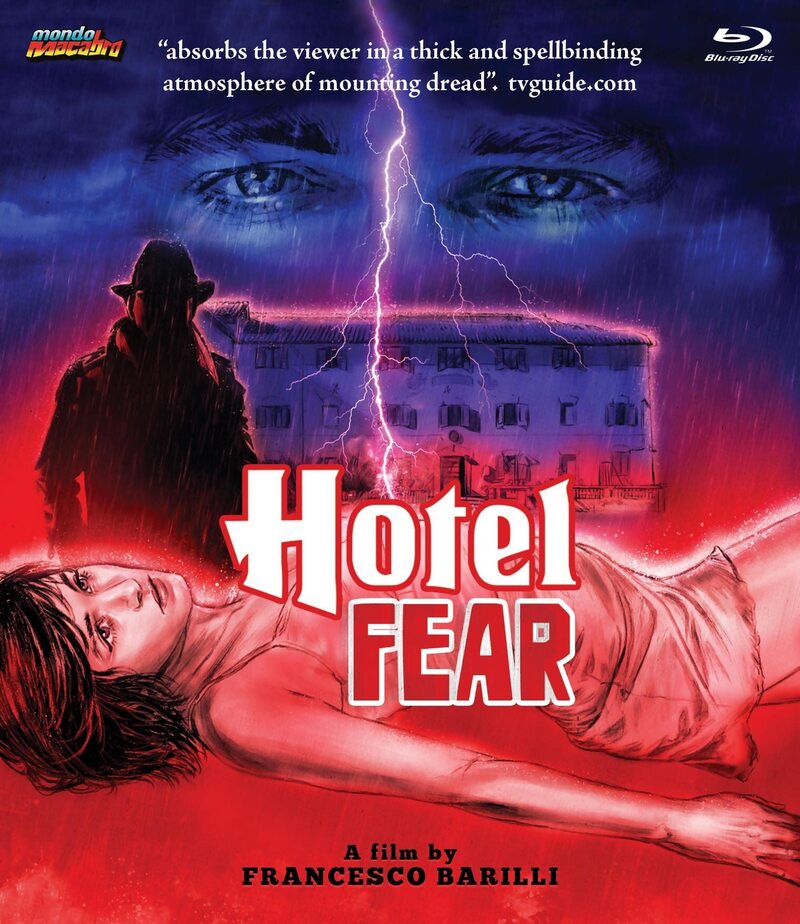 Lecherous dudes and a mysterious gunslinger

Francesco Barilli’s 1978 film Hotel Fear is often labeled a giallo, which is understandable considering his prior contribution to the genre, The Perfume of the Lady in Black. However, Hotel Fear is much less adherent to the usual tropes found in those works, eschewing black-gloved killers and elaborate artistic murders for an emphasis on character drama related to the film’s World War II context. In fact, much of Hotel Fear takes place without a murder at all; instead, Barilli follows his protagonist Rosa (Leonora Fani) as she deals with the death of her mother, lecherous guests in her hotel, and an obsession with her father returning from war.

Ultimately, Hotel Fear follows Rosa throughout her troubles at the hotel, and much of the criticism about the film is going to center around its pacing. Barilli takes things very slowly, documenting various odd encounters between the naïf Rosa and the various residents of the hotel, most of whom would like to get her in various states of undress. The biggest pest is Rodolfo (Luc Merenda), a man with ties to a local criminal empire whose sexual advances eventually come to a head when he and his wife trap Rosa and rape her. Despite the sleaziness of this scene, Hotel Fear tends to suffer from an overall banality that is only punctuated by the sumptuous set design and occasional beautiful cinematography.

The overall thematic crux of the film takes a turn towards the conclusion, slipping into a surrealistic dream-like experience involving multiple off-screen murders and Rosa’s psychological deterioration which is arguably the most attractive element of the whole offering. All of this is contextualized by the World War II setting, which sometimes makes figurative and literal appearances (most specifically during an overhead air raid that alarms all of the patrons). The unique timeline provides some additional metaphorical appeal, documenting the impact of war on culture and the affected community – especially considering this is a joint Italian/Spanish co-production, both with very different experiences during World War II. These elements are appreciable, but they also don’t make up for the film’s drudgery. As such, this offering from Barilli is something of a conundrum: it’s a fair film to reflect upon after viewing, but not exactly entertaining during the experience.

Mondo Macabro has released Hotel Fear on Blu-ray with a new 2K restoration of the original camera negative in 1.66:1 aspect ratio. The results are excellent overall, with strong detail and grain management. There’s very little damage to be found from the source, and color timing is particularly noticeable thanks to the inclusion of some pleasing blue and red lighting. Black contrast is very good with delineation. Mondo Macabro ensures that Hotel Fear makes its US debut on Blu-ray with a high-quality new scan.

Audio is presented with both Italian and Spanish offerings, since this was a co-production between the two. Both are DTS-HD MA 2.0 mono tracks, and while the Italian is probably the preferred way of watching, I did note that it was slightly more muffled than its Spanish counterpart, particularly when it came to the excellent score. Thus, the Spanish slightly ekes out the Italian by offering a more robust soundscape, though neither suffer from dialogue drops or other unwanted audio detriments. Subtitles are also included for both tracks.

Extra features include a new commentary from the Fragments of Fear podcast (Rachael Nisbet and Peter Jilmstad) which is recommended for a more critical appreciation of Hotel Fear; they dive deep into the thematic elements of the World War II context. Also included is a new interview with Francesco Barilli, who discusses his work on the film and his overall dislike of it. Also included is an archival interview with Barilli. Another new interview is with Luc Merenda, who discusses his various works including wanting to get out of his typecast poliziotteschi films and his detachment from the on-screen rape scene. Finally, there’s a nice compilation of differences between the Italian and Spanish versions of the film; while most of the film remains the same, various name changes and references to Rosa’s father provide key differences in the Spanish version, along with some more explicit rape shots. A trailer is also included.

While Hotel Fear is not going to be a horror film for everyone, its contextual World War II element makes it a unique offering from Barilli that only suffers due to its slow pacing. With that said, those appreciable of this kind of work will find an excellent Blu-ray release from Mondo Macabro, who have given the film its US Blu-ray debut with a great new transfer and a host of new features. 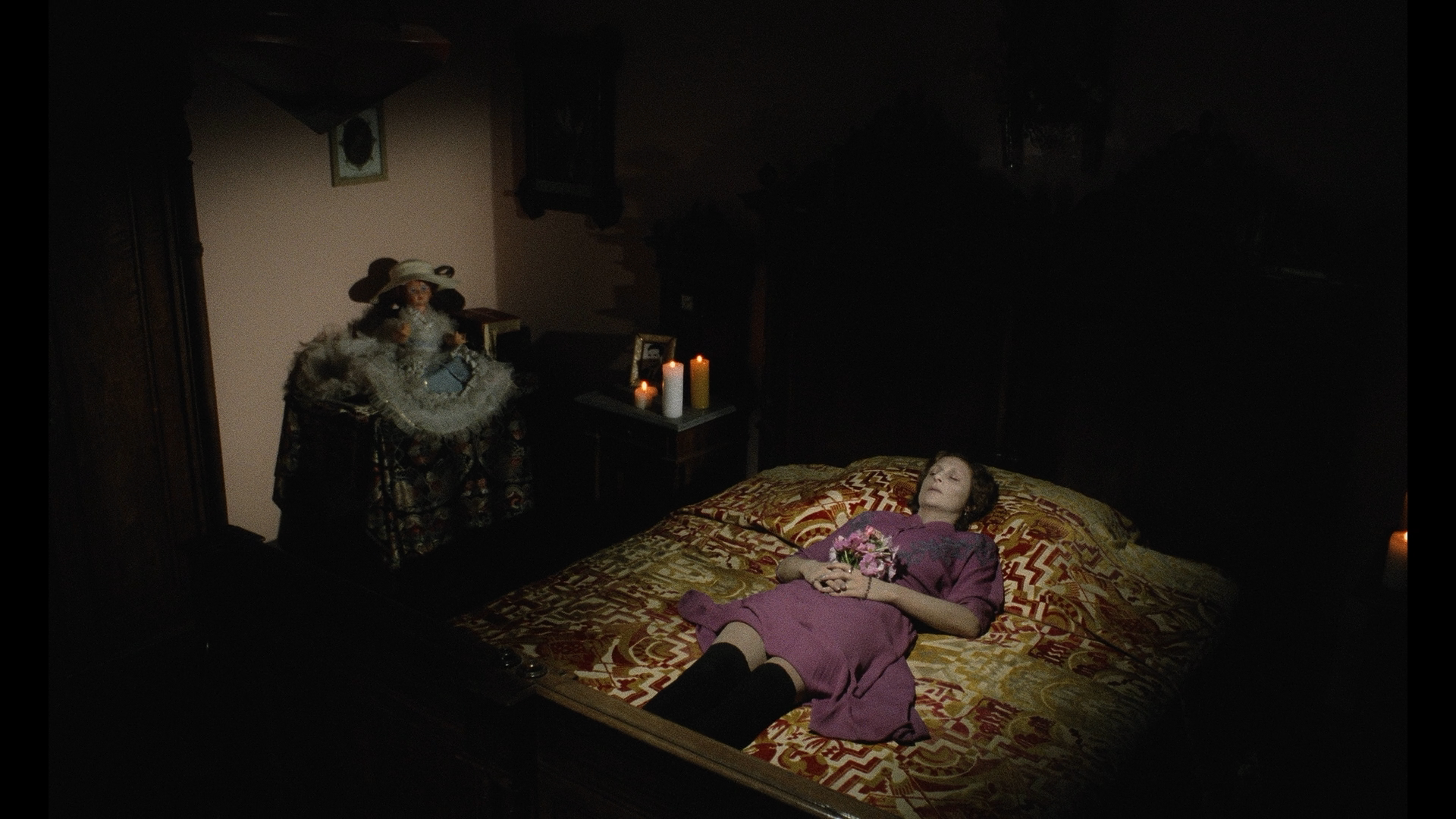 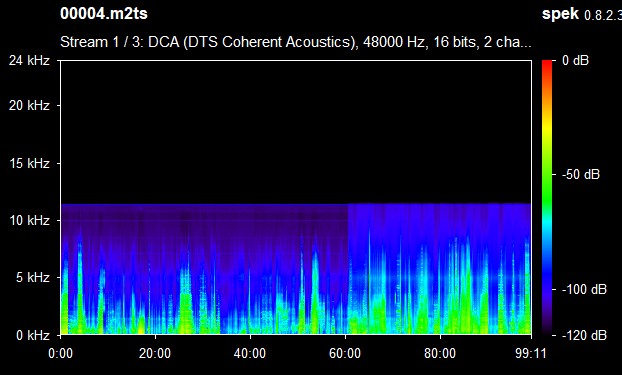 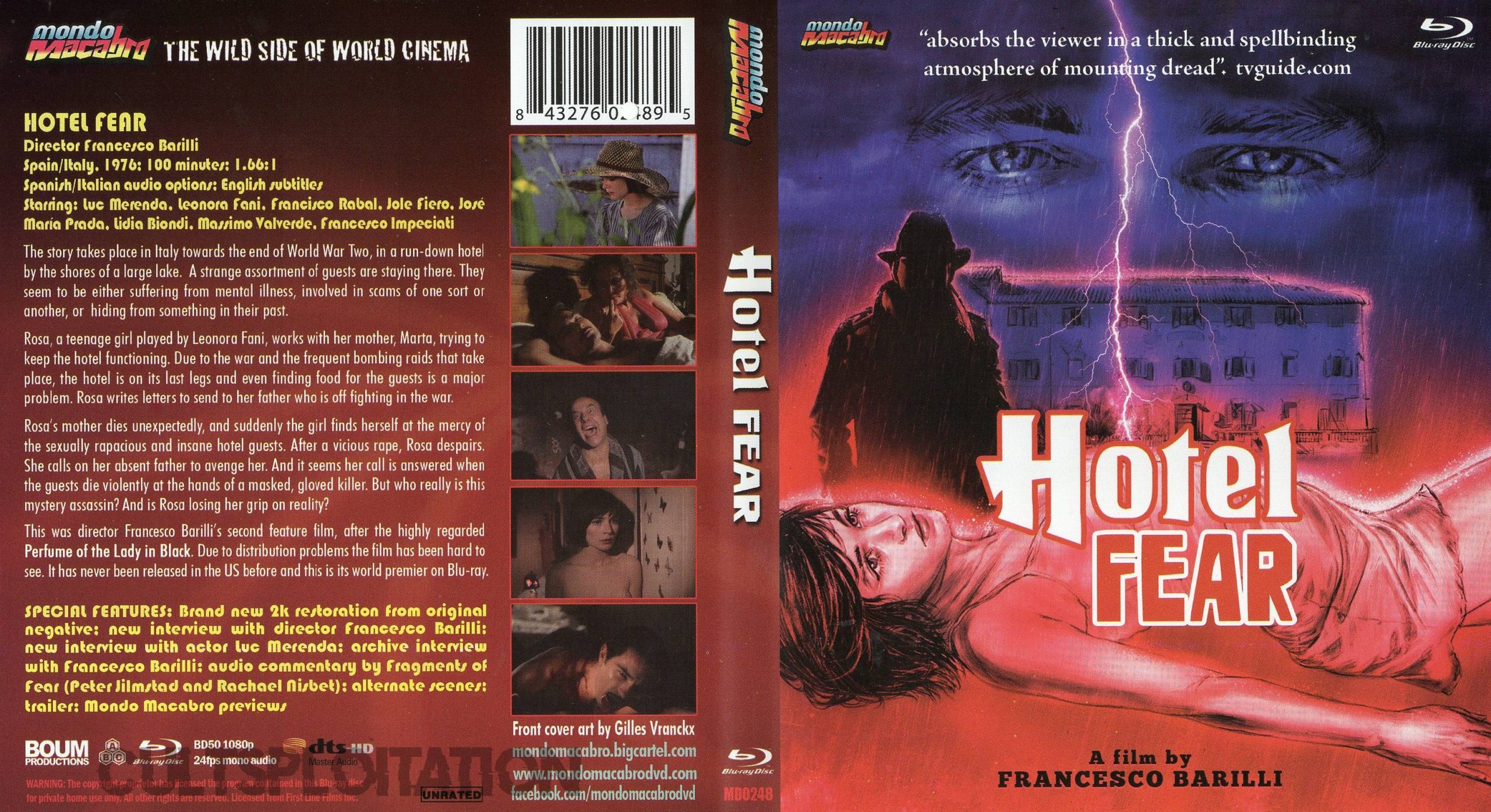 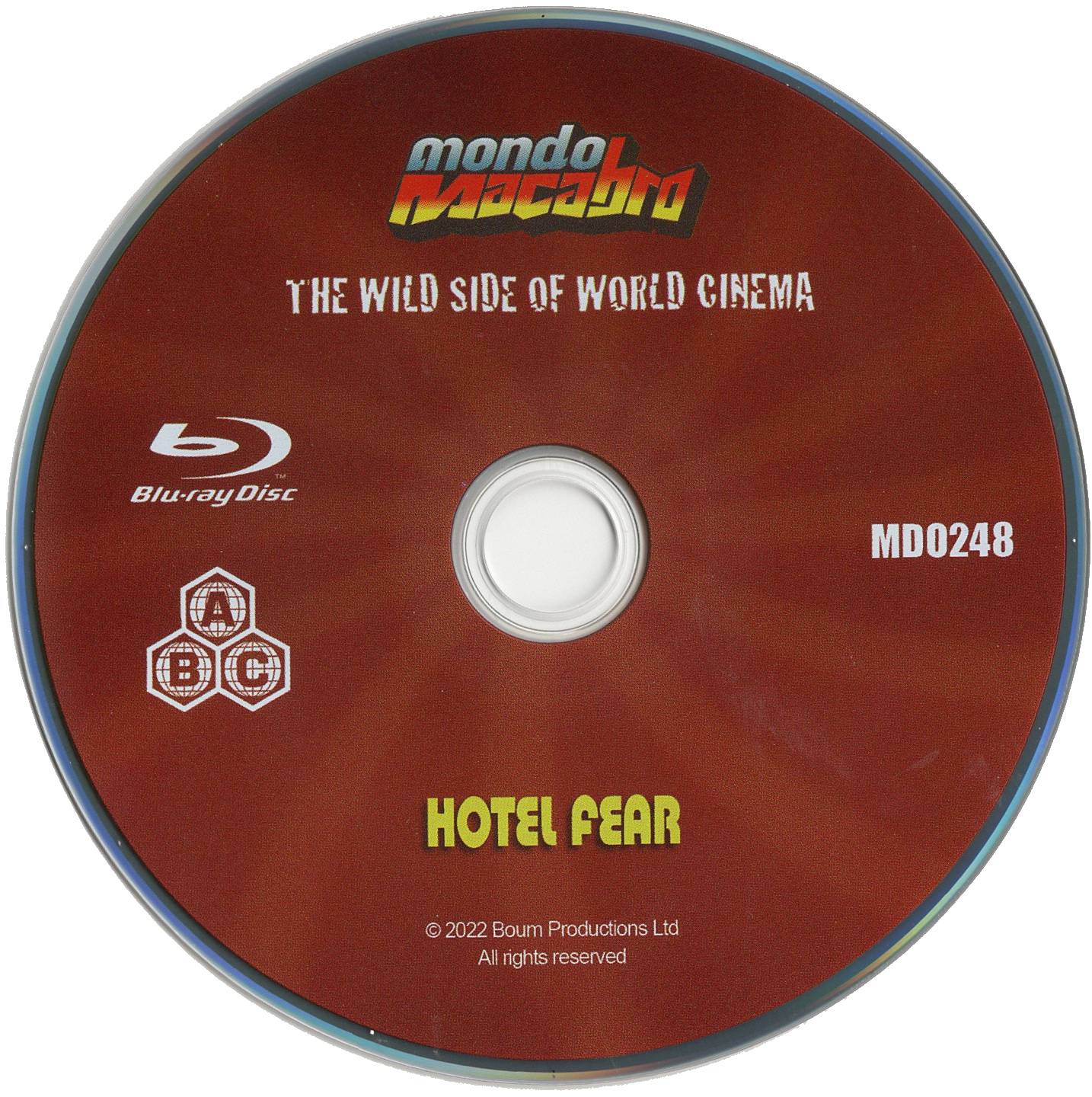