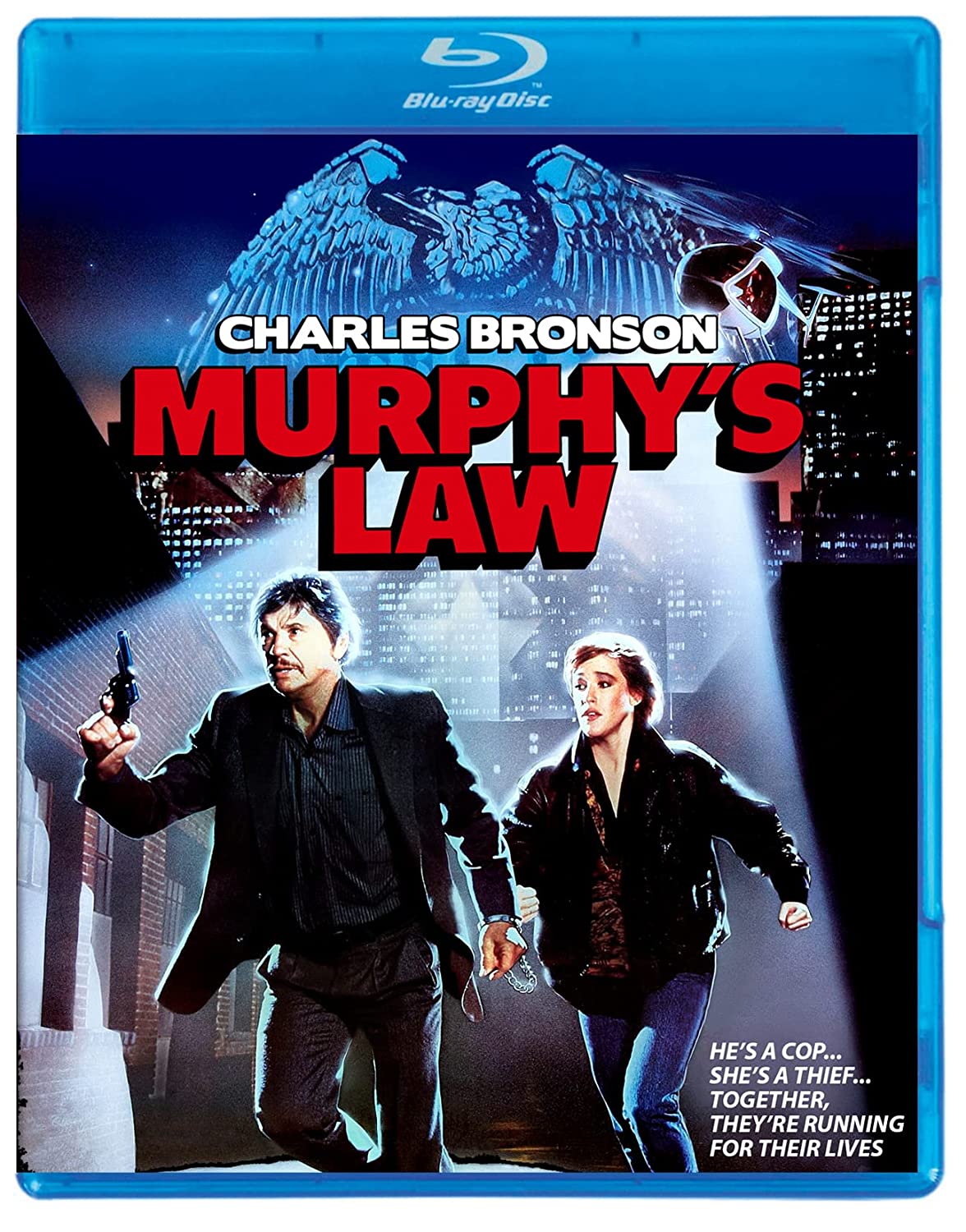 Kathleen Wilhoite has a potty mouth

For an extensive review of the film and some fun beer talk, have a listen to our episode of Blood and Black Rum Podcast.

Murphy’s Law hit right in the heyday of Cannon’s smattering of action films; released in 1986 and directed by J. Lee Thompson, it was only natural to get Charles Bronson involved, an actor who single-handedly managed to buoy releases that would have otherwise been swept into the crime drama corner due to uninteresting or cliched scripts. Thompson’s Murphy’s Law is one of those movies – it’s ultimately a banal movie made compelling thanks to Bronson’s (admittedly tired) deliveries and co-star Kathleen Wilhoite’s determination to grit and bare it through Gail Morgan Hickman’s hackneyed script.

The film follows Bronson as accused cop Jack Murphy, on the run from his own police force after a hit on his estranged wife leaves him the prime suspect. He’s tagged up with unlikely cellmate Arabella McGee (Wilhoite) – who you know is quirky because of her name – and they follow up various leads on who would want to frame Murphy for the crime. Is it the mob boss Frank Vincenzo (Richard Romanus), whom Murphy pissed off after killing his brother in a violent airport fusillade? Or is it one of the many people Murphy put in jail after following his own Murphy’s Law? Yes, it’s that one.

Unfortunately, the mediocre plotting leaves Murphy’s Law with a bad taste in the mouth immediately. Thompson doesn’t keep the killer’s identity a secret, which makes the motive reveal towards the end of the film even more disappointing, since there’s really no overarching malevolence besides “cop arrested me, I went to jail, now I’m crazy.” Truthfully Carrie Snodgrass plays her part well, but the script does not do her character much justice.

Murphy’s Law is redeemed by its buddy element between Bronson and Wilhoite, and its final showdown in the Bradbury building gives it an awesome setting. However, this is one of Bronson’s lesser action films from the ’80s, and it never hits the appeal of his gritty crime dramas, nor does it have the all-out ridiculousness of something like Death Wish 3. It’s a minor note in his discography, but those fans of the Cannon oeuvre will probably find something to like here.

Murphy’s Law gets a new Blu-ray release from Kino Lorber as part of their Studio Classics lineup. The film has previously gotten a Blu-ray release from 88 Films in the UK with an HD transfer, and my guess is that Kino Lorber has used that same transfer for this release as well. The film has also been available on HBO Max’s streaming service, presumably with the same HD master.

Ultimately Murphy’s Law looks fair on this Blu-ray, though it does suffer from a heavy grain scale that can be obstructive in low-lit scenes – of which the film has a lot. You’ll notice that even black shadows and outlines present with grain textures. Fine detail is pretty low and much of the film does feature softness. There are occasional lines and blemishes throughout. This is a film that certainly could have used an upgraded transfer with either a 2K or 4K scan – even of the interpositive – but alas what we get is a serviceable transfer of a master that has been around a while.

The audio track is a DTS-HD MA 2.0 mono which sounds strong and expansive in its dual-channel mono offering. English subtitles are also included.

Extra features are all ported over from existing releases of the film. An audio commentary with Kathleen Wilhoite and film historian Nick Redman provides an enjoyable viewing experience with one of the stars. An interview with Robert F. Lyons, originally featured on 88 Films’ disc, is also included. Radio spots and a theatrical trailer in SD round out the release. This release is notably missing the survey of “handcuffed together” movies on the 88 Films edition by Mike Malloy. 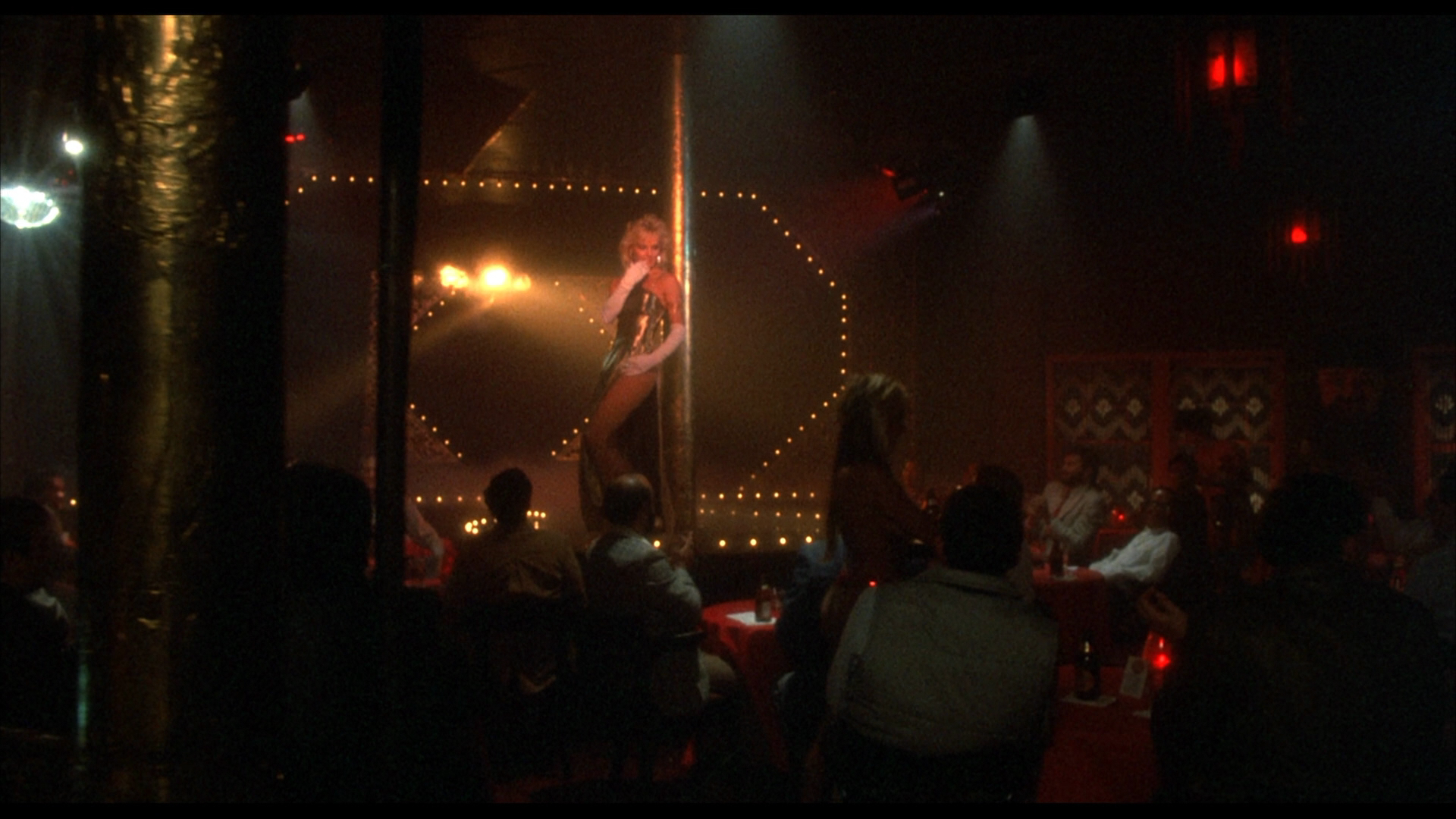 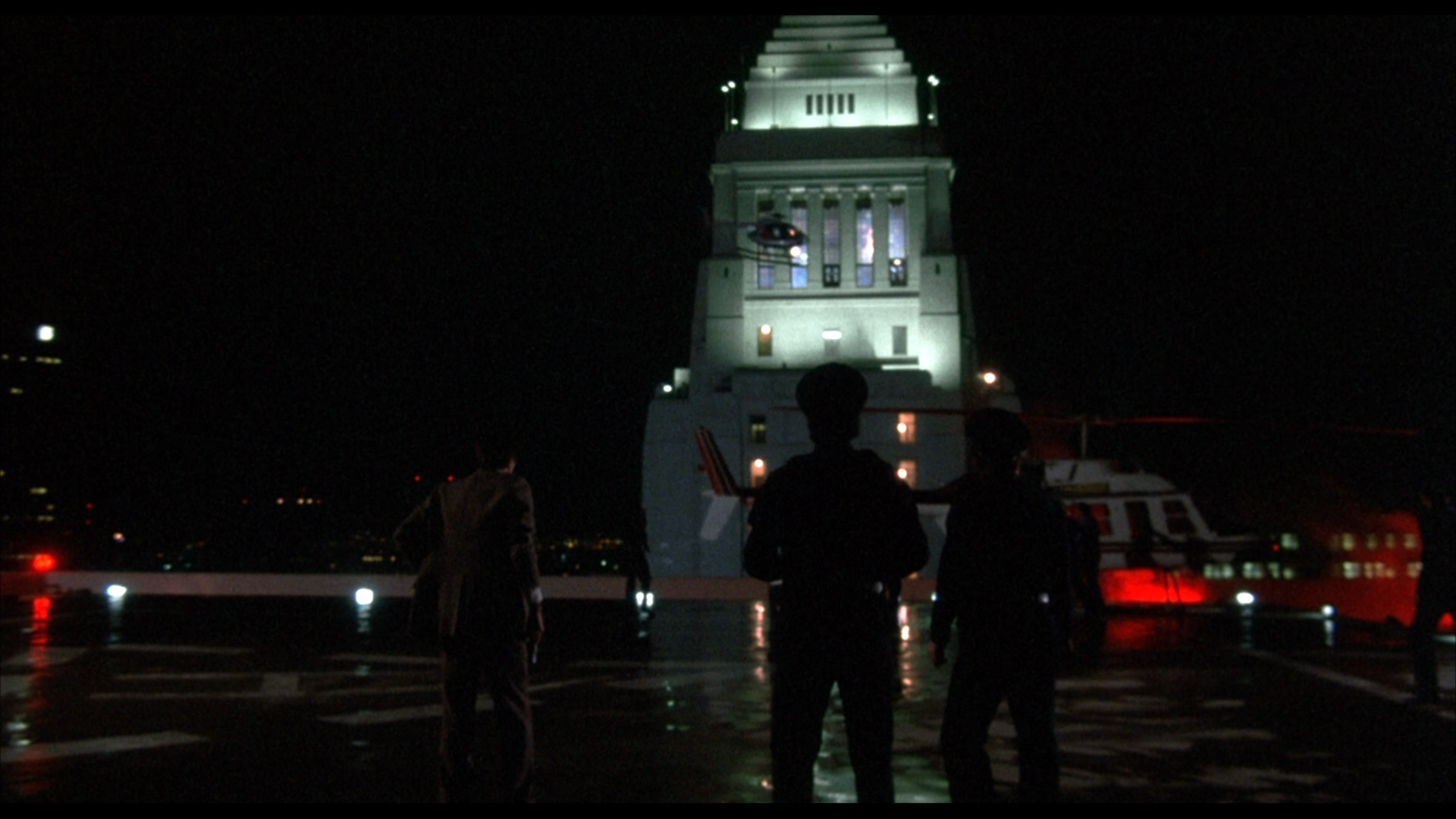 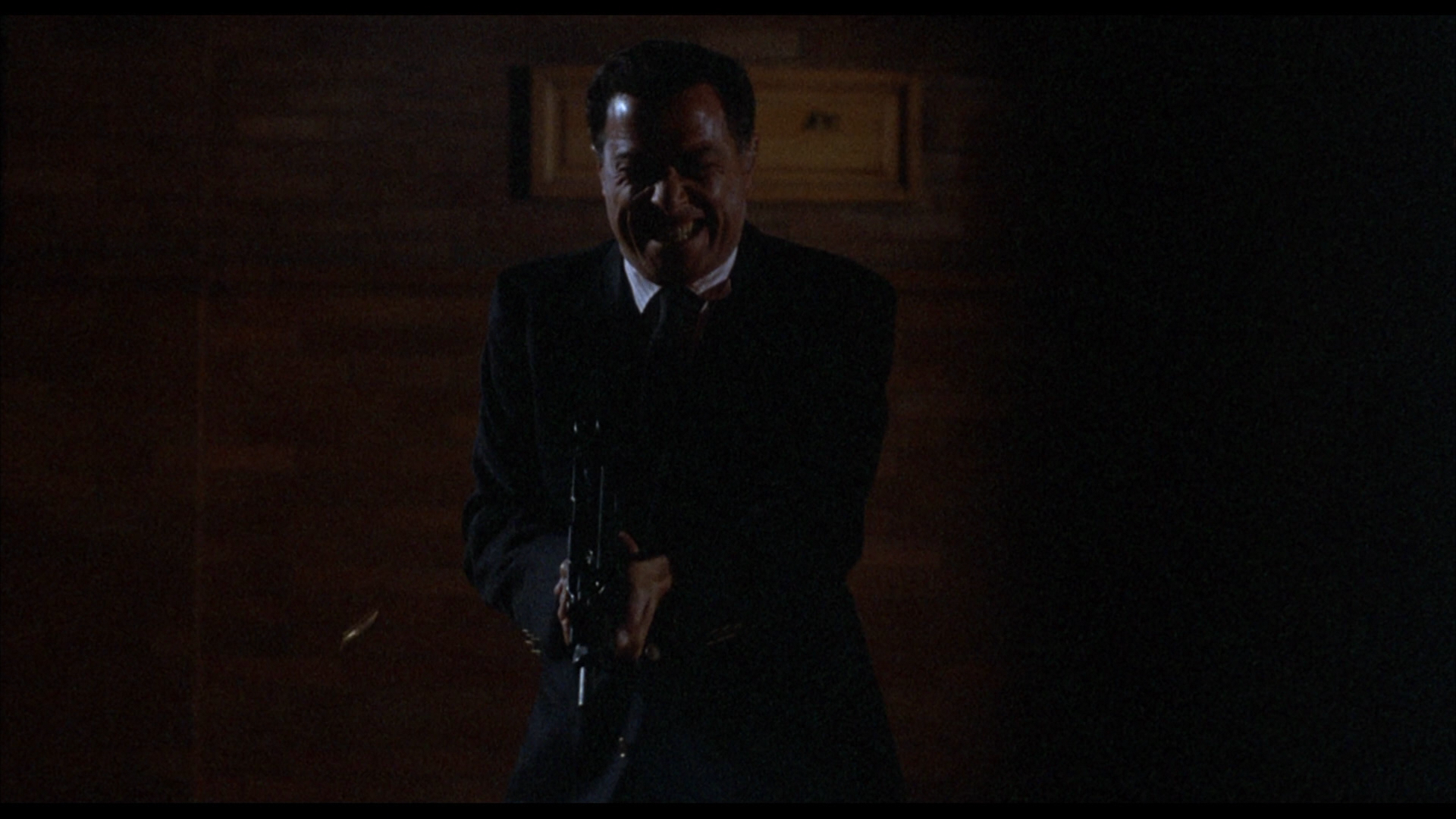 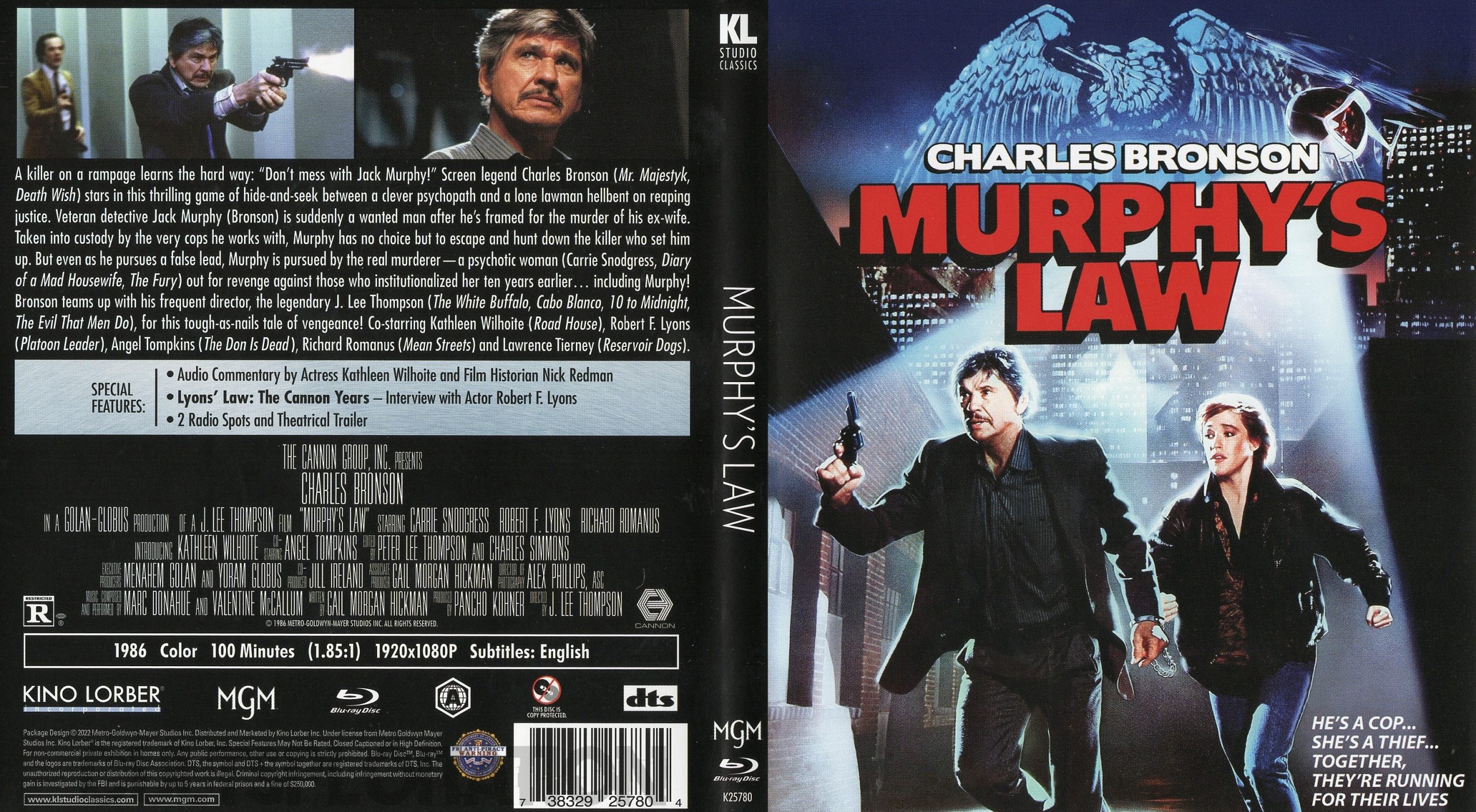 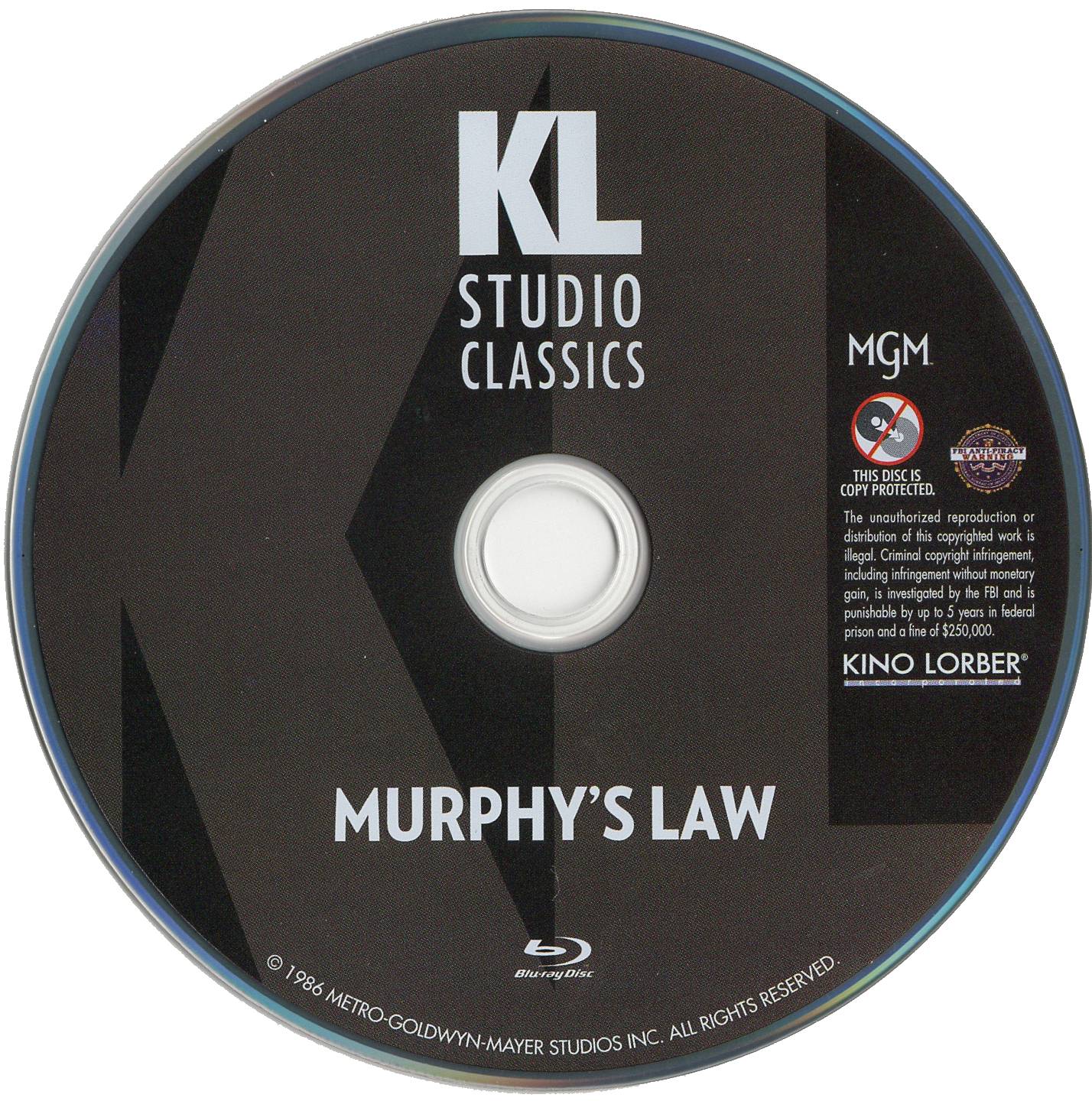