The House Where Evil Dwells Review

The House Where Evil Dwells was directed by Kevin Connor, the same man behind Motel Hell. But the former film has not had as much attention or success as the latter, and that’s because The House Where Evil Dwells is a mess that’s rarely fun to watch. Centering on a couple who move into a house in Kyoto where a terrible double homicide/suicide occurred in the samurai era of 1840, the film explores common themes of supernatural horror cinema – like ghostly possession and a change of personality of the father – without ever understanding what made those elements so scary in films like The Amityville Horror.

Part of the problem is the very odd direction style, which often jumps between events quickly. It’s also due to the poor script, which has some strange dialogue choices. The House Where Evil Dwells was based on a novel by James Hardiman, but judging from what’s presented in the film, I’d have to say that liberties were taken with the adaptation because Robert Suhosky’s screenplay lacks a depth that almost presents as a comedy.

The ghosts that haunt this evil house are draped in blue, an attempt to represent traditional kabuki style that almost feels like a mockery of the form. The three individuals – two adulterous lovers and the cuckolded husband who murdered them – prance around on-screen, tiptoeing and giggling while knocking items off of shelves or inhabiting the bodies of their new housemates, all in an attempt to do something that The House Where Evil Dwells never divulges. It may be to drive the Fletchers – Ted: struggling writer (Edward Albert), Laura: bored housewife (George), and Amy: annoying little girl (Amy Barrett) – out of the house so that they can all live together in a weird ménage à trois, or it may be to inhabit their bodies so that they can finally get the revenge each of them desires. But Connor never gets to the heart of the ghostly hauntings, and ultimately The House Where Evil Dwells staggers around like a confused ghost, moaning and groaning about something the haunted can’t figure out.

It would be different if The House Where Evil Dwells was playing up the comedy, but besides the on-screen presence of the blue ghosts, the film doesn’t offer up any intentional laughs. The fact that the ghosts continually appear throughout takes away any of the tension, and they’re made so taciturn that it adds to the confusion of knowing what they’re actually up to. The House Where Evil Dwells is more concerned with getting George naked a couple of times in a possession affair with Ted’s friend Alex (Doug McClure) or scaring Amy with goofy ghost faces in her soup. No complaints with the former, but it doesn’t make for an exciting ghost tale.

So The House Where Evil Dwells is has less evil than it does annoyance, and it’s unfortunate for the viewer that the film can’t even tout a so-bad-it’s-good recommendation. Instead, there’s very little to recommend about Connor’s movie except for the finale’s ridiculous kung fu fight, where white people do a poor job of imitating samurai swordsmanship. Even that scene reminds, though, that the film is a blade without any sharpness.

Ghost Warrior is a strange offering from Empire Pictures. It’s not a horror film, and really, it’s not even an action picture about a samurai in contemporary (in this case, 1984) California. It’s more of a sociological study of taking someone from their time period and culture and thrusting them into the midst of a budding city with an entirely different set of moral and ethical standards. If Ghost Warrior were able to commit to these themes with a smarter script, it might have been a larger success. Instead, director Larry Carroll alternates between goofy violence (albeit with some real skills from Hiroshi Fujioka) and melodramatic romance plotting, making Ghost Warrior an odd and unbalanced affair.

The film picks up after a brief flashback sequence, where a samurai named Yoshimitsu fights against a group of samurai who killed his lover Chidori (Mieko Kobayashi). His fate seems to be sealed – he’s sliced and then thrown into freezing water – except he manages to stay preserved enough where, hundreds of years later, Chris (Janet Julian) and Doctor Alan Richards (John Calvin) are able to revive him in their cryogenic lab. Confused and disoriented, Yoshi attempts to traverse modern-day Los Angeles with Chris, although he manages to escape and kill off a number of LA punks in an attempt to save an old guy from their greedy, cracked-out hands.

Ghost Warrior involves a lot of learning, as one would expect. It kind of takes the Sleepy Hollow route – like Ichabod, Yoshi has to figure out modern living, including light fixtures, TVs, and the inexplicable popularity of hair metal band W.A.S.P. He also falls prey to common legal problems like murder and unlawfully open-carrying a sword, both of which cause him to commit more murders following attempts at his capture.

Surprisingly, though, Ghost Warrior is gentle in its treatment of Yoshi. It gets a few laughs out of Yoshi learning technology (and in turn, we get a few laughs out of 1984’s technology and it’s insistence that LA was constantly arresting prostitutes), but it also does a fairly good job at garnering sympathy for him; that’s because the film spends a lot of time with caring, likable characters and then alternates with despicably villainous ones like Alan. It’s often overly dramatic, especially with the ending’s constant flashes between the similarities of Yoshi’s past with Chidori and the present with Chris, but it’s nice to see Carroll attempting to pull at the heartstrings.

The action sequences, though, often hint at a different film. While the blocking on the swordplay isn’t well-done, one could see Carroll ditching the sociological aspect of Ghost Warrior entirely and running with the samurai plotting for a much bloodier film. However, these moments are often at odds with the peace and calm of Yoshi and Chris’ friendship, and Carroll seems to be crafting two very different movies and combining them into one.

It often leaves both sides feeling stilted, and the conclusion has very little dramatic heft because of it. That’s an interesting dynamic, because both aspects of Ghost Warrior work fairly well but lack cohesiveness when combined. While Ghost Warrior is an different ilm in Empire Pictures ouvre, it’s not a particularly memorable one – doomed to fade into the past like its samurai character.

Unfortunately, Scream Factory’s Blu-Ray of The House Where Evil Dwells/Ghost Warrior lacks any special features besides trailers. The video quality is particularly good for both flicks, but audio quality on The House Where Evil Dwells is suspect, mostly due to muffled dialogue. However, this is probably your only shot at owning both on Blu-Ray – if you’re a fan of either, pick this up, but those uninterested in the subject matter can skip. 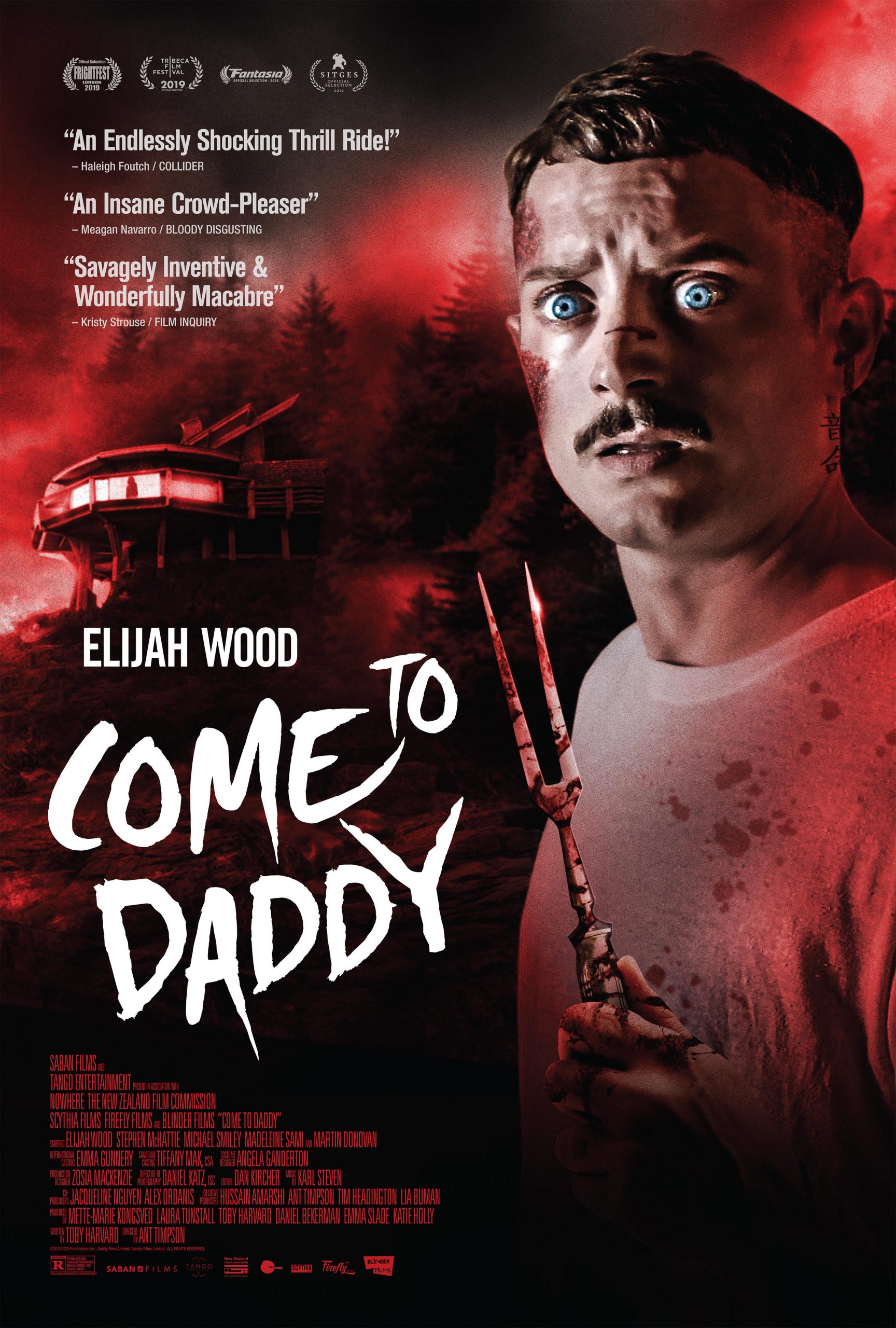