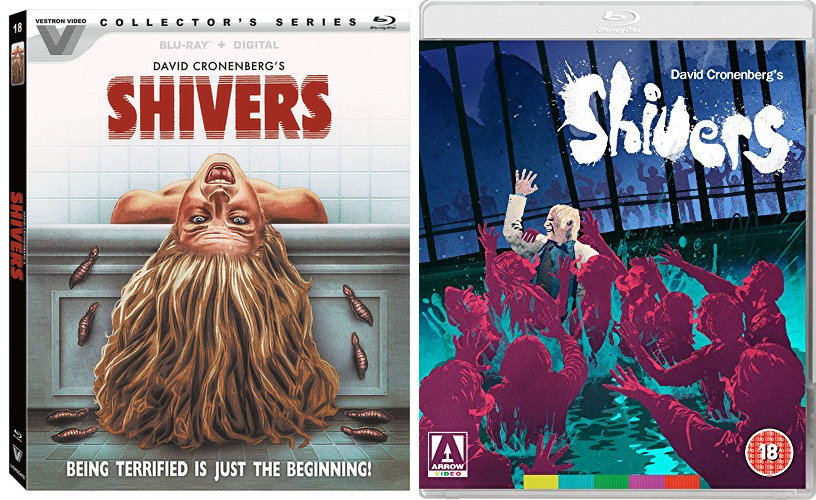 Here is a comparison gallery of screenshots between the Vestron Video Collector’s Series and Arrow Video Blu-ray release of David Cronenberg’s Shivers. Credit to DVD Exotica for the Arrow screenshots; neither of us own a copy and it is no longer available from most stores.

The first image is from the new Vestron Video release, the second is the previous Arrow Video release. Click any image to open a larger lightbox version. You can also right-click to View Image and open both in separate browser tabs for quick comparison.

If you like the first image, pick up the Vestron Video Blu-ray.

If you like the second image, pick up Arrow Video‘s Blu-ray, though it is most likely not available anymore.