The film follows Romay’s character Cynthia, a stripper who has a tantalizing one-night stand with the odd duo Alpha (Evelyne Scott) and Andros (Raymond Hardy) and then becomes something of a slave to Alpha’s will. A psychic (Monica Swinn) describes the whole situation – Alpha’s a being from a different dimension, Cynthia is now tasked with being her hitwoman – and Franco himself has a role as Professor Seward, who attempts to warn of the dangers of Alpha’s power.

All of this plot, though, is relegated to dialogue every now and then, with the majority of the film focusing on the sex – Romay’s lesbian excursions, her romps with her targets, and a pretty explicit scene with Hardy. Franco also expends exorbitant amounts of time on a striptease at the beginning of the film and a slow oiling sequence, erotic at first but then wearing out its welcome after extended lengths. Franco’s direction is languid, and ultimately it takes far too long to get to the meat of Shining Sex‘s plot. Even then, its explanations all lack much substance, merely context for the Romay feast Franco provides.

So if you’ve come for a storyline, there’s little to be had in this odd movie. But if you’re looking to see Romay in all kinds of kinky dress and undress, then you’ll have it in spades. Romay is certainly alluring, and her lesbian sequences are probably the best-directed of the bunch. When Franco gives up the incessant zooming and allows the scene to play out naturally, Shining Sex elevates itself from standard softcore pap. Franco’s a little too indulgent in other scenes though, lingering for too long despite Romay’s sensuality.

It’s tough to figure out the kind of audience Shining Sex will appeal to. Fans of Franco’s horror works will be disappointed, as well as those looking for plot. But even softcore fans will be left cold due to some of Franco’s pacing decisions. The best recommendation is, obviously, those who love Romay – if she’s enough to wet your whistle, then the film should be exactly the excitement you crave.

Severin Films has released Shining Sex on Blu-ray for the first time in uncensored condition from the original negative. While they don’t specify the type of scan, the results are quite good. Shining Sex has an inherent softness and an occasional hazy, diffuse quality to it that is still noticeable on this transfer without becoming problematic. The leering camera lens does provide all the skin you want to see, and in good quality. Detail is relatively sharp on clothing, hair, and skin. Darker scenes do lose delineation with some excess grain presence. Also of note are a few elements of damage including some lines and pockmarks; there’s also the occasional color warping, mostly during outdoor scenes. Otherwise, though, Shining Sex looks strong and should appease the appetities of those looking for an uncut HD version.

Audio is a DTS-HD MA 2.0 mono track in English, which sounds clear with a minor amount of low hiss. No French audio option. English subtitles are also included.

Extra features are robust and include a number of new extras. A new audio commentary from Robert Monell and Rod Barnett remains focused on educational and informational context despite the eroticism occurring on-screen; they’re true gentlemen. A new episode of Stephen Thrower’s recurring featurettes “In the Land of Franco” is also provided with more tours of Franco filming locations.

Thrower also provides a solo interview about Shining Sex where he defines the plot’s overarching ideas on sex and voyeurism; he certainly sees a bit more value in Franco’s writing than I would attribute. An interview in French with Gerard Kikoine discuesses the sound dubbing for Franco’s films. Eurociné producer Daniel Lesoeur talks about all of Franco’s work for the company, including Shining Sex. There’s also a 30 minute appreciation of Franco’s work by director Christophe Gans (Brotherhood of the Wolf, Silent Hill), also in French. Finally, very NSFW outtakes are included – 12 minutes worth, in case you didn’t get enough vagina action from the film itself – as well as a trailer. 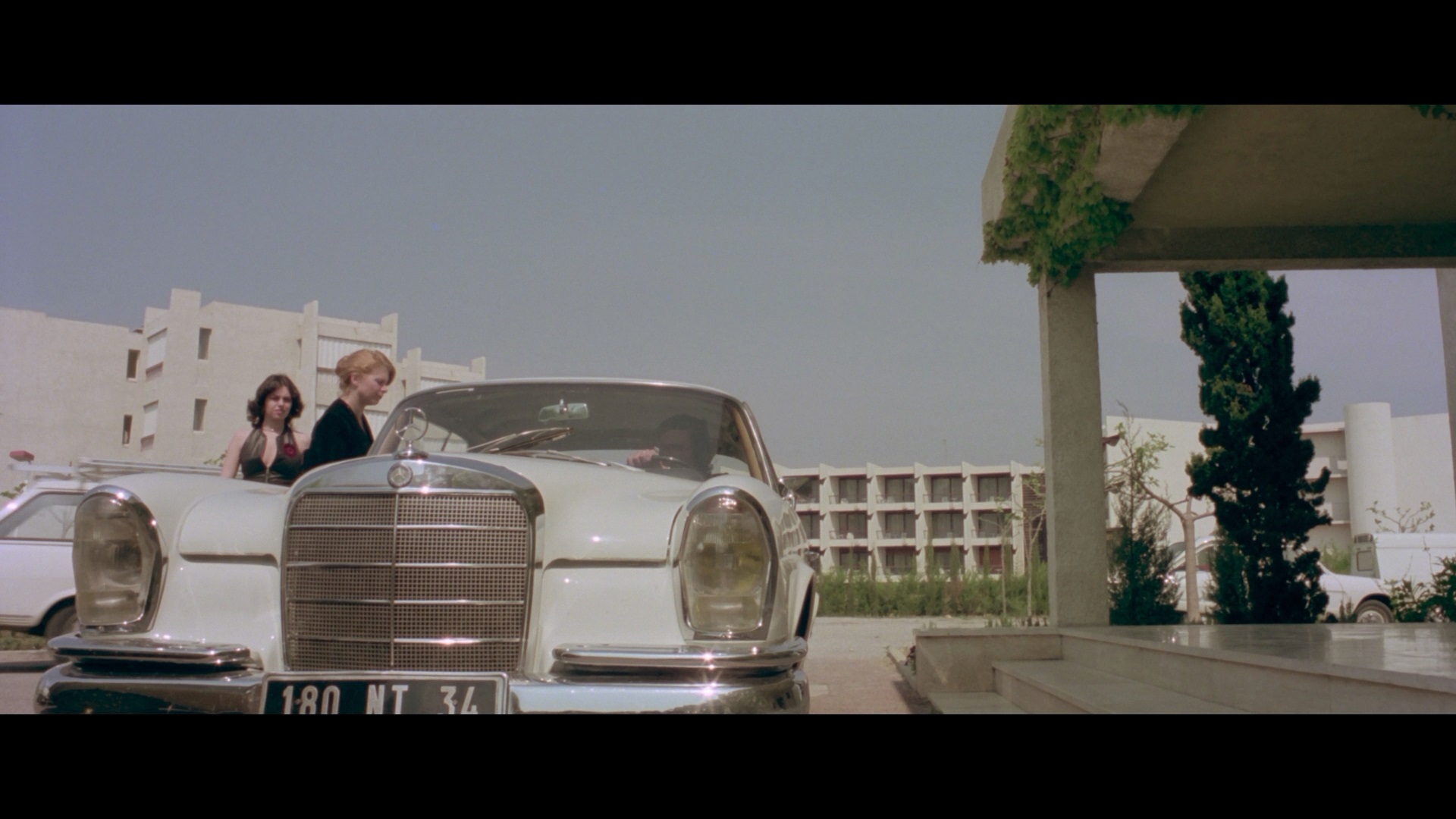 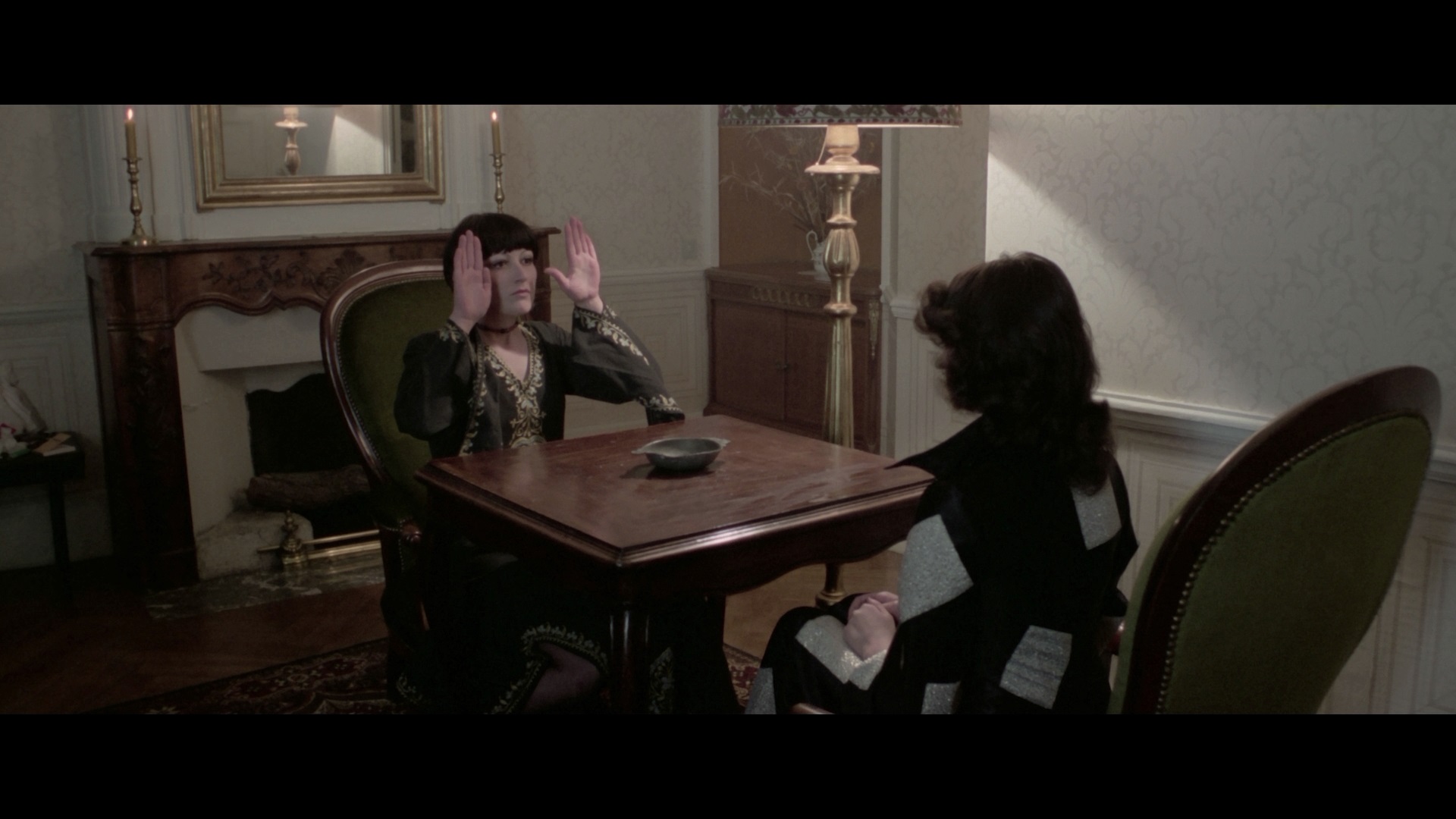 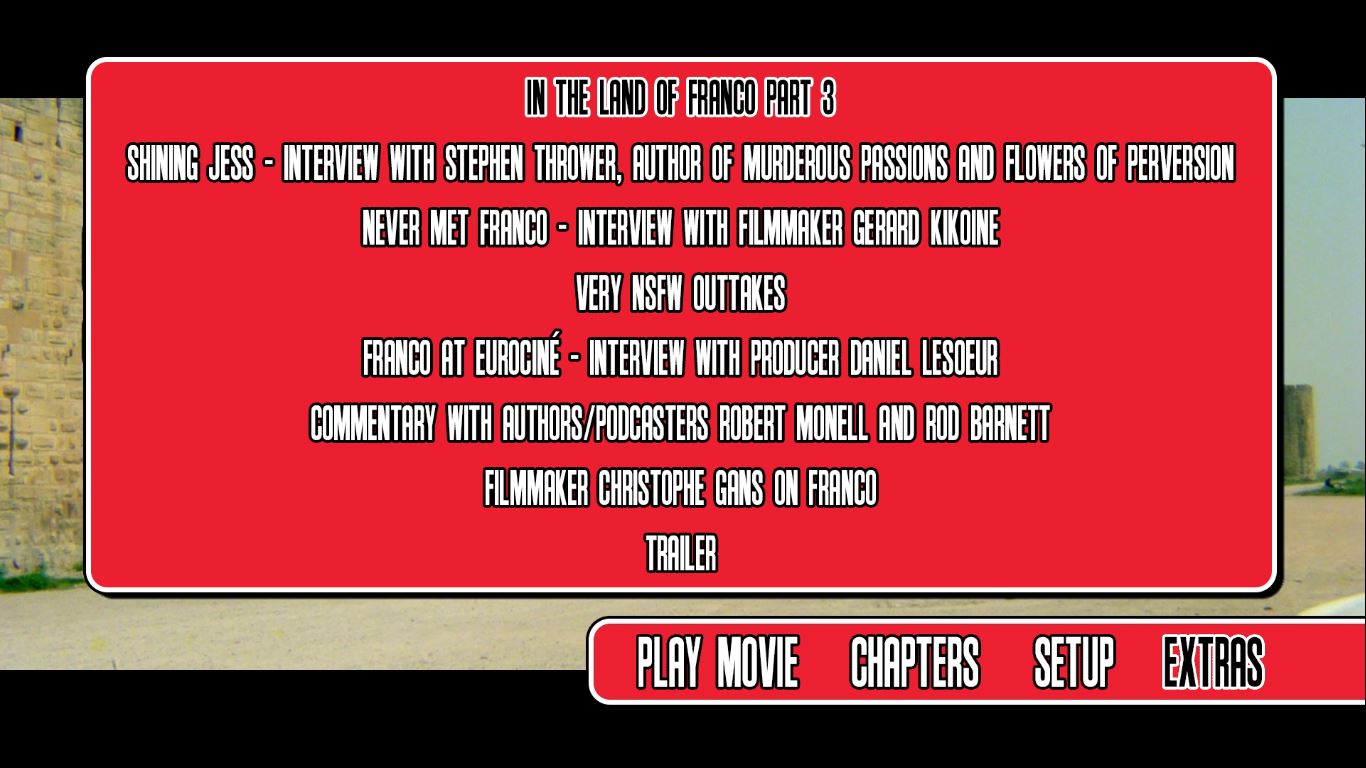 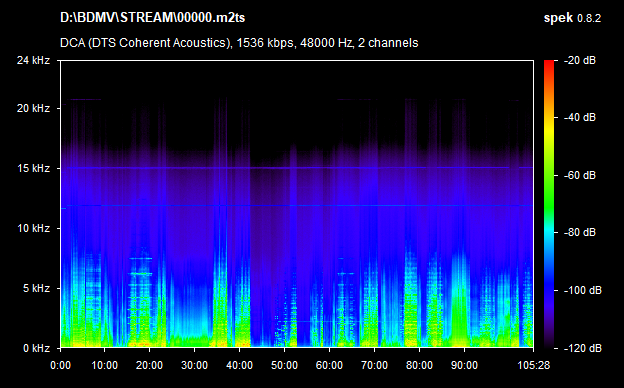 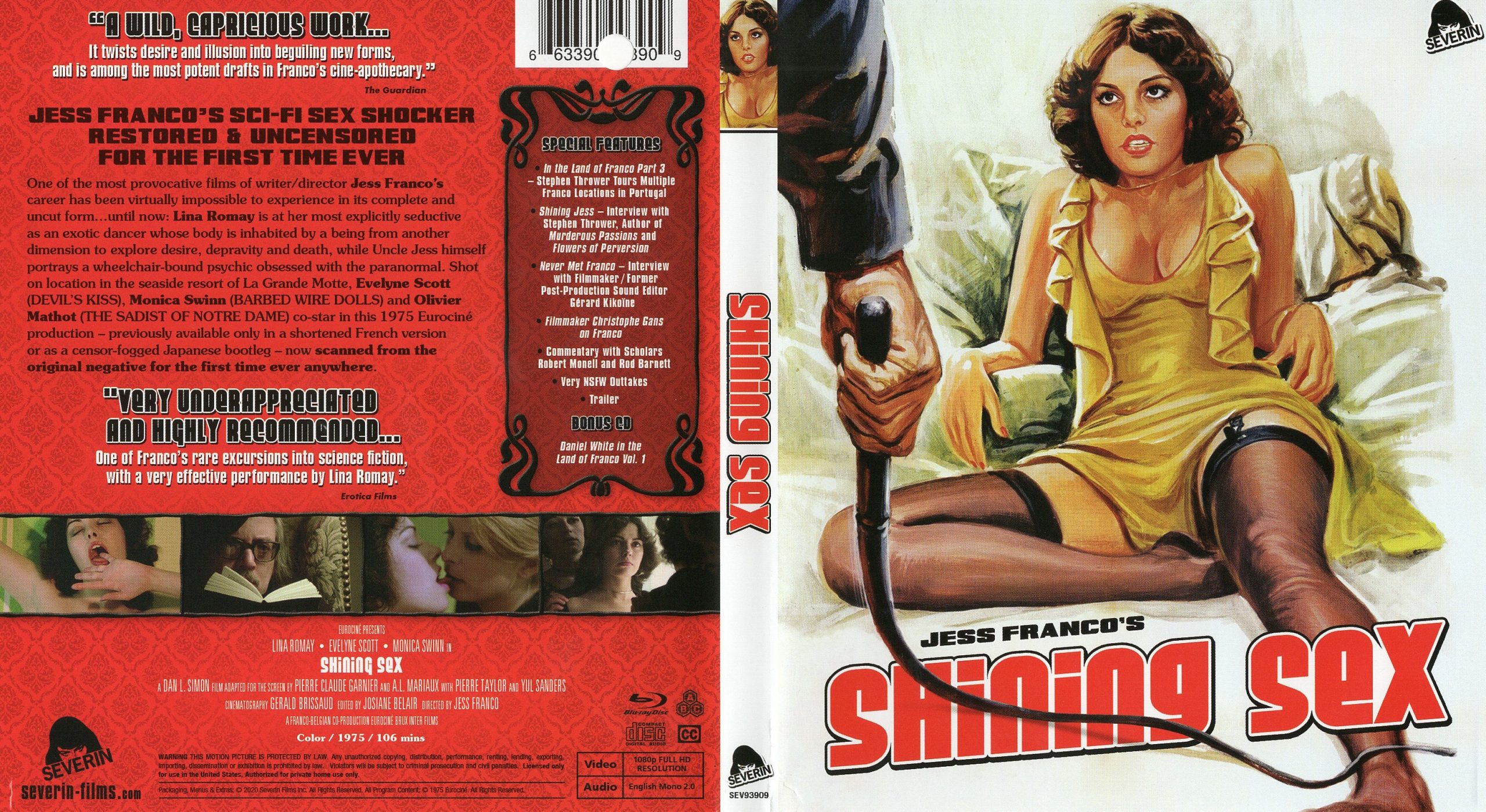 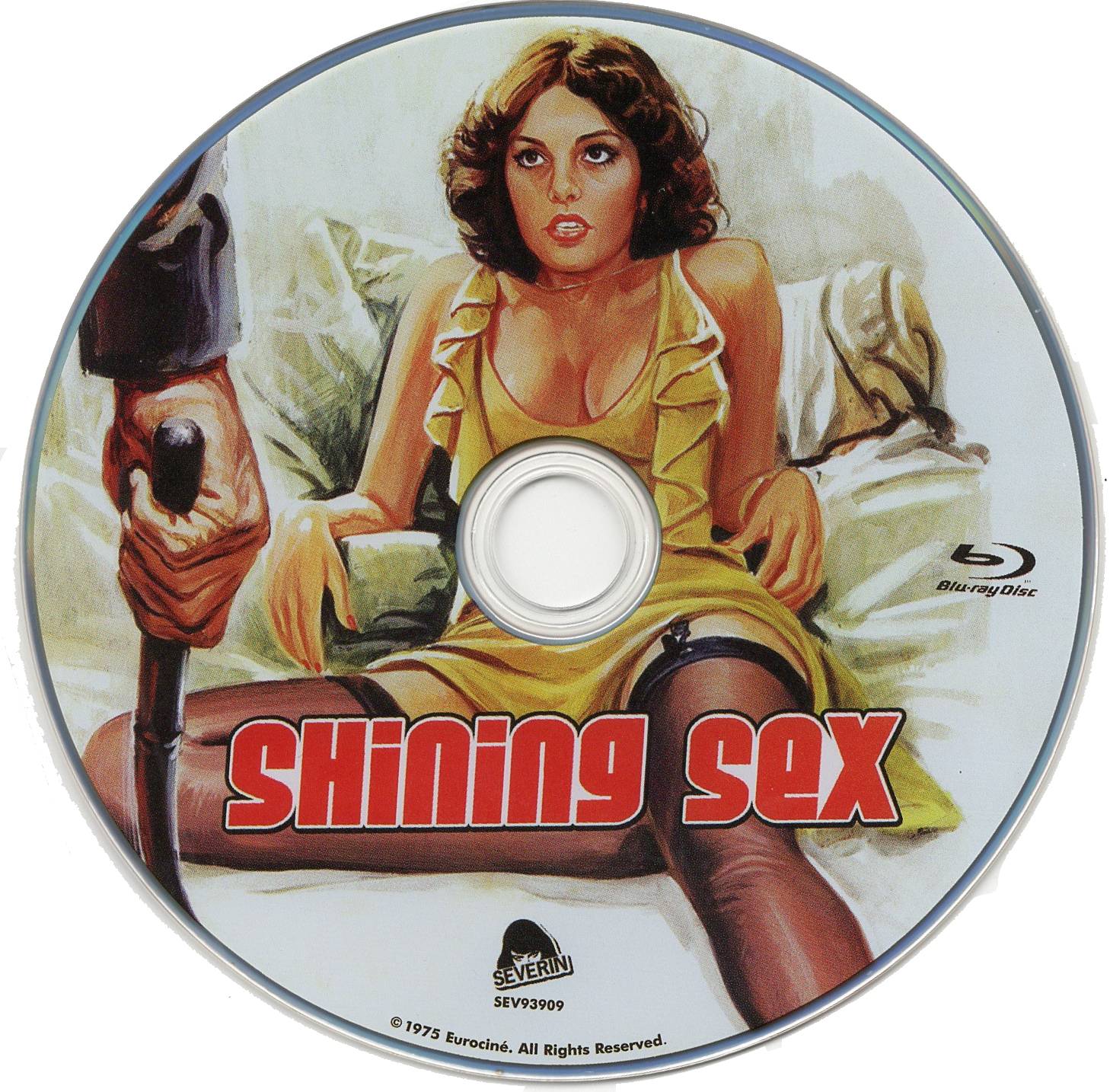