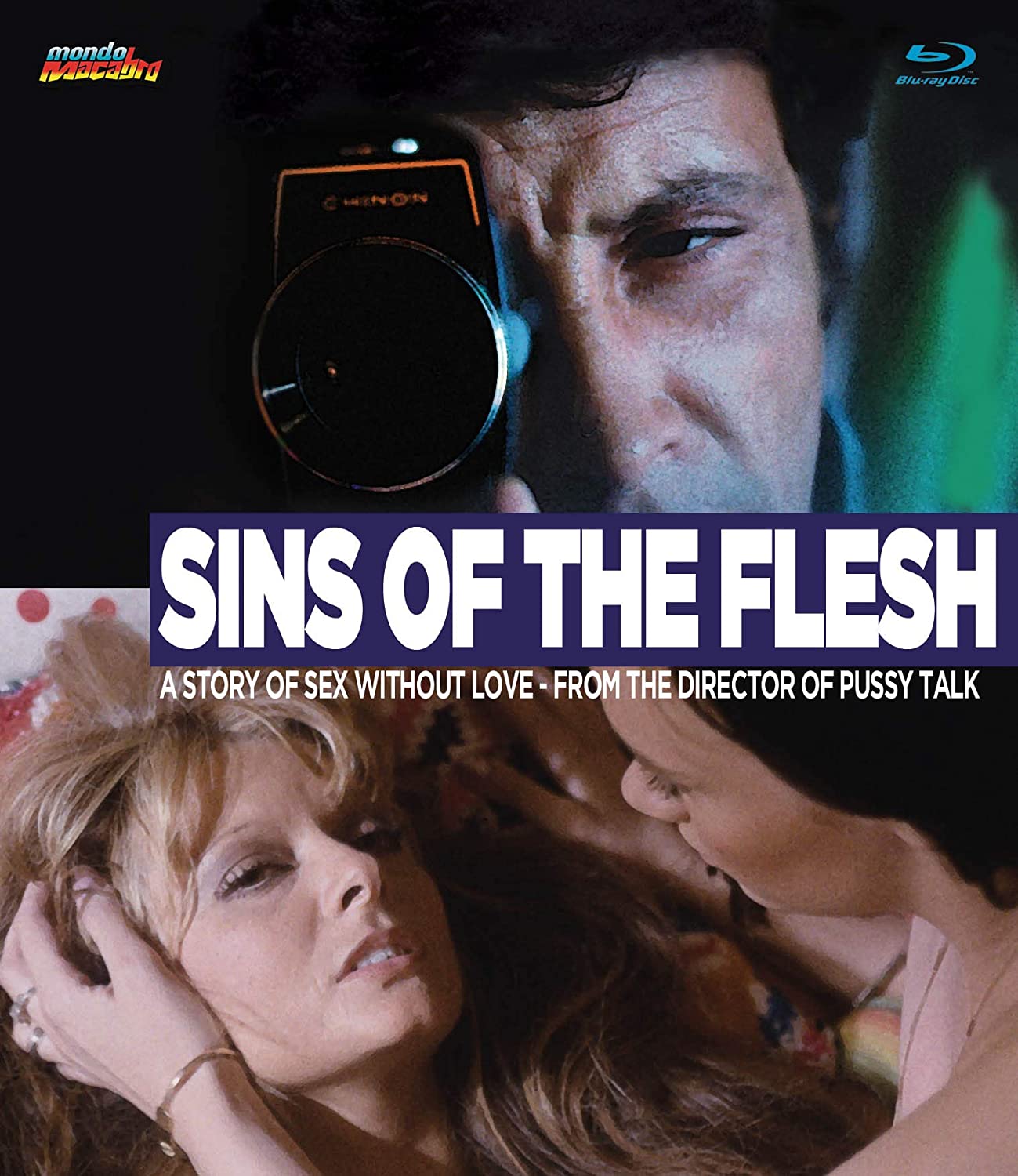 Nipples touch, if you're wondering

Sins of the Flesh is not so much a story-driven film as it is a series of sex scenes interspersed with the barest of plots about a trio of individuals who seek to flee the country after murdering a man. They’re led by Benoit (Francis Lemonnier), an impotent voyeur who is being cut off from his father’s money and sets out to make life a living hell for anyone who falls in with him. His initial intent is to make some money with car thief Jean-Pierre (Patrick Penn), but once they meet Isabelle (Anne Libert) being raped by her stepfather on the side of the road, Benoit decides to kill the man in cold blood and keep the two others under his control. Eventually, they blackmail Benoit’s stepmother and plan to flee to Mexico.

In between that extremely limited storyline, though, is a whole bunch of sex and nudity. Libert spends a lot of her time in the buff in a couple just-shy-of-hardcore scenes, even exploring lesbianism later in the film; and of course the film wouldn’t be about sins unless there were not one but two scenes of forced rape.

If you’re a fan of this kind of film, Sins of the Flesh may strike your fancy. But anyone looking for a strong plot entangled with eroticism will most likely be disappointed with the film.

Mondo Macabro has released Sins of the Flesh on Blu-ray with a new 4K transfer from the film’s original negative. The results are outstanding, with a crisp picture that has a noticeable mild-to-medium grain scale. Color timing is impressive, with the film’s outdoor settings and dance club popping with vibrancy. Definition is consistent and strong notable in various close-up shots. Sins of the Flesh tends to have some very dark, poorly-lit scenes at times, and while that obscures some of the image, darks resolve well with no crush. Overall, Sins of the Flesh looks very good on Blu-ray, and you’ll certainly see every nook and cranny. Le Chat Qui Fume released a UHD version of the film as well, and I can’t imagine it looking much better than this Blu-ray.

This Blu-ray contains both a DTS-HD MA English and French 2.0 mono track. The default is the English track, which sounds quite good, but I much preferred the French due to dubbing issues. The provided subtitles are for the French track and you will notice some disparity in the translation.

Extras include a number of interviews in collaboration with Le Chat Qui Fume, including 20 minute discussions with Anne Libert, Gerard Kikoine, Francis Mischkind, and Didier Philippe-Gérard. The Libert one will be of most interest, but all four are nice additions to this release. Also included are a French and English trailer and alternate title sequences (the film is also known as both Nevro and Les emotions secretes d’un jeune homme de bonne famille in addition to Les charnelles). 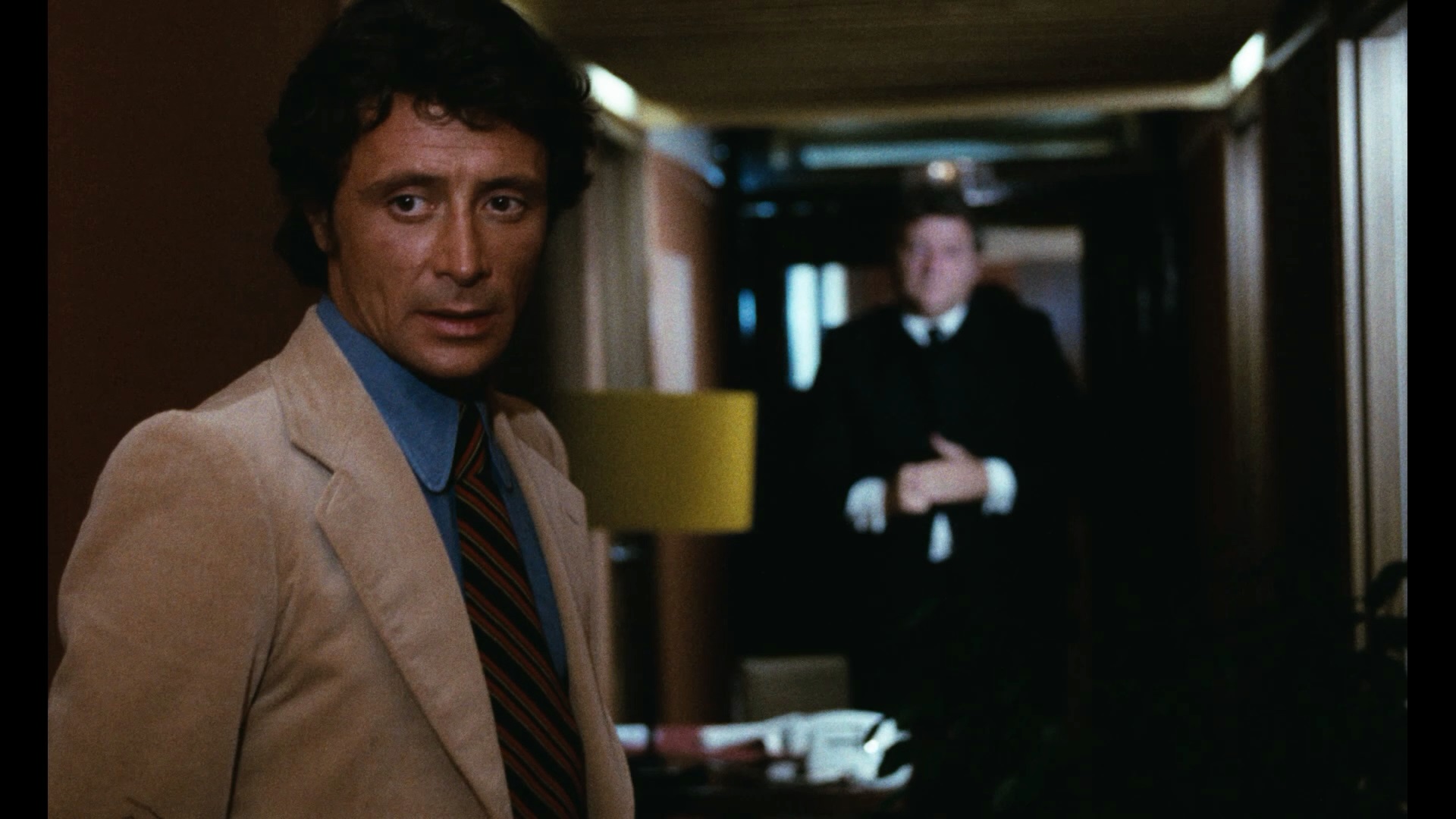 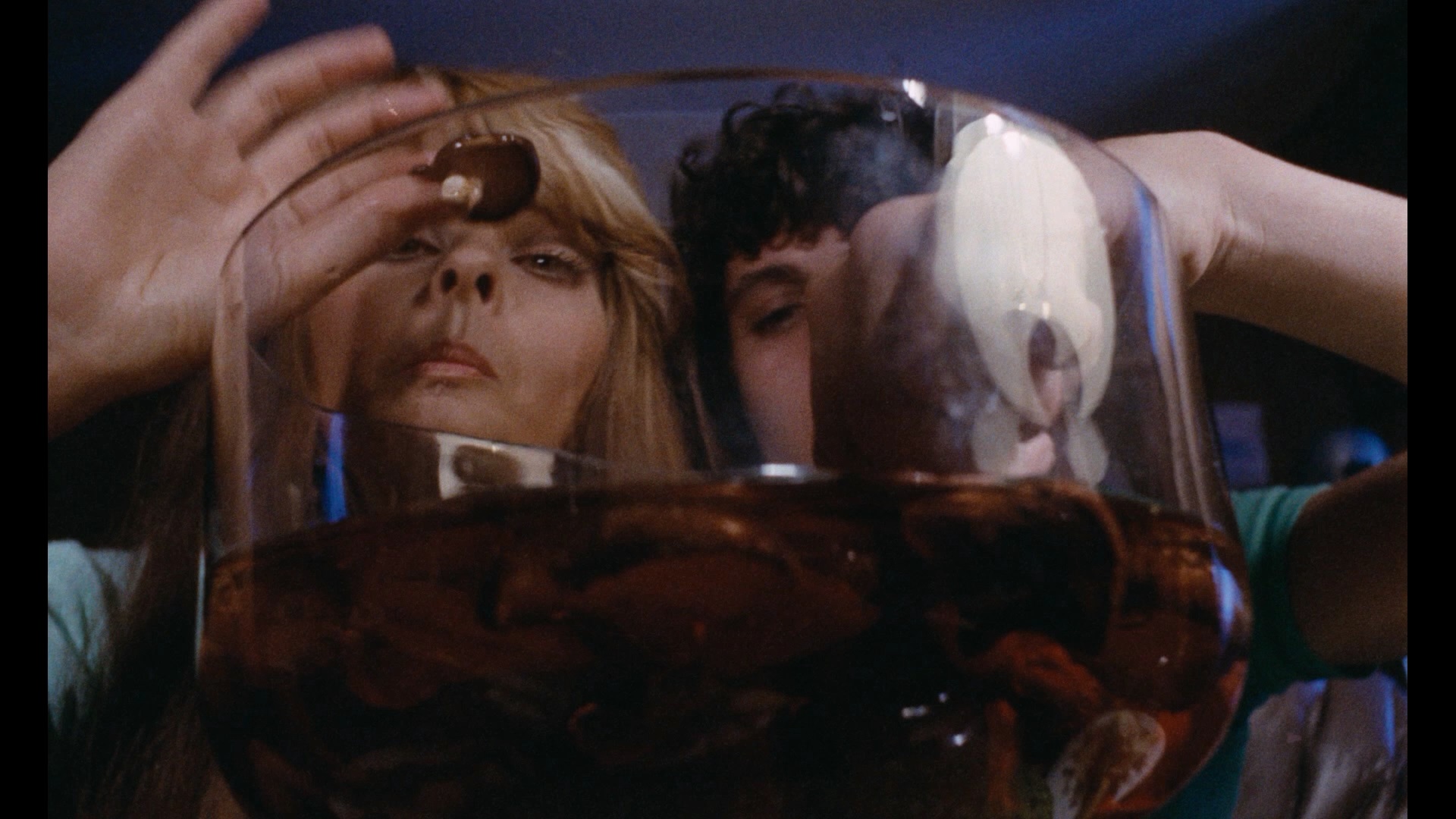 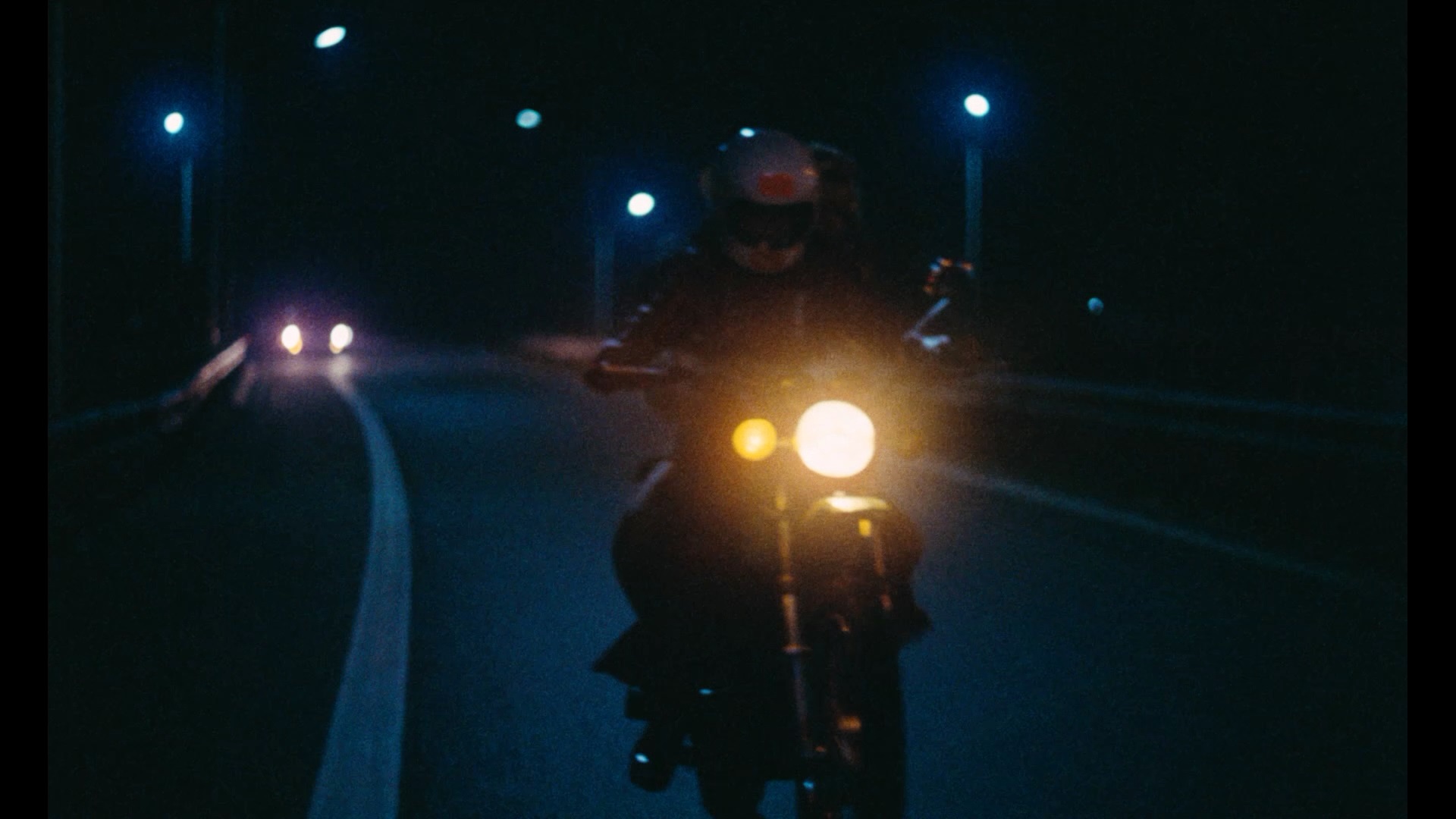 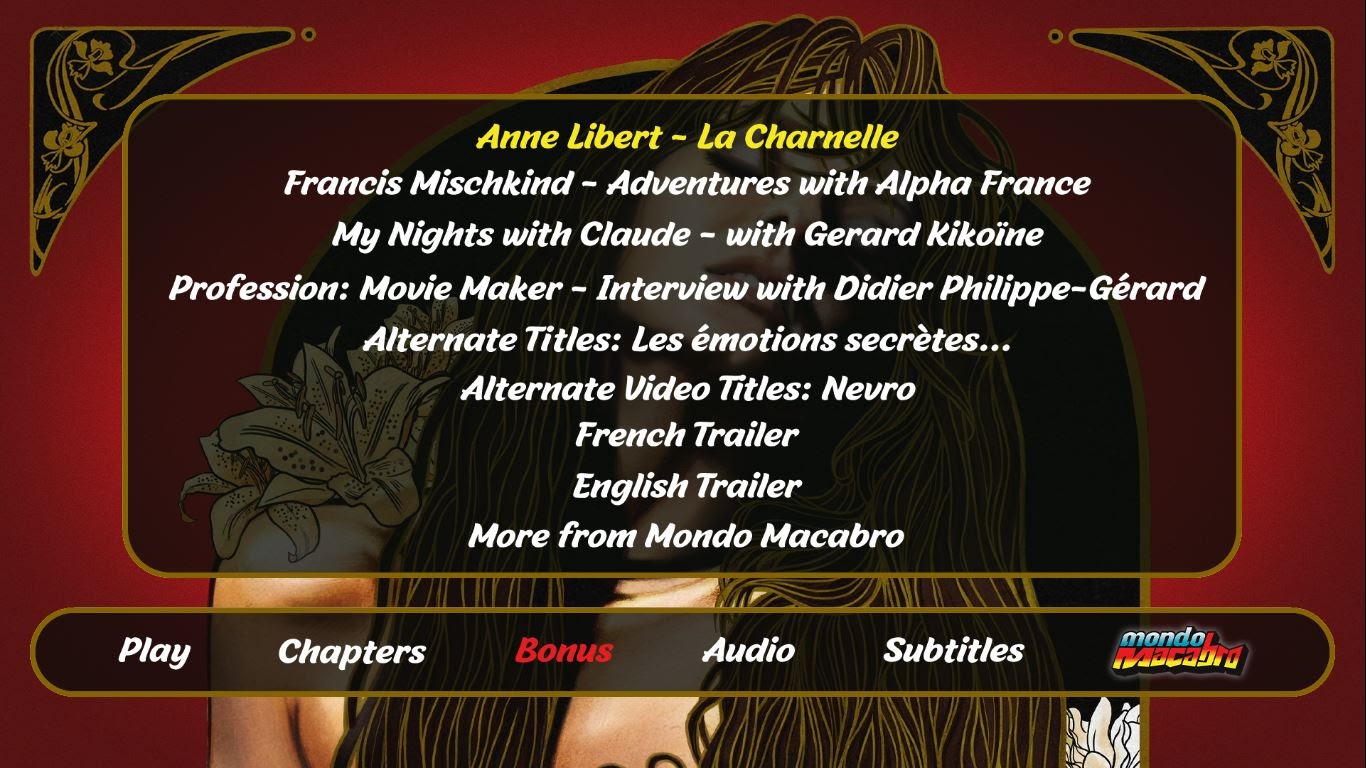 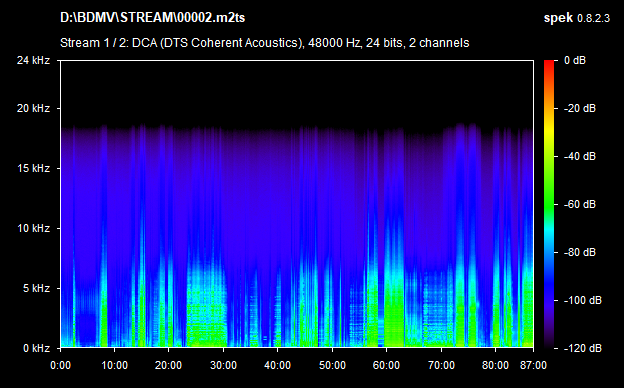 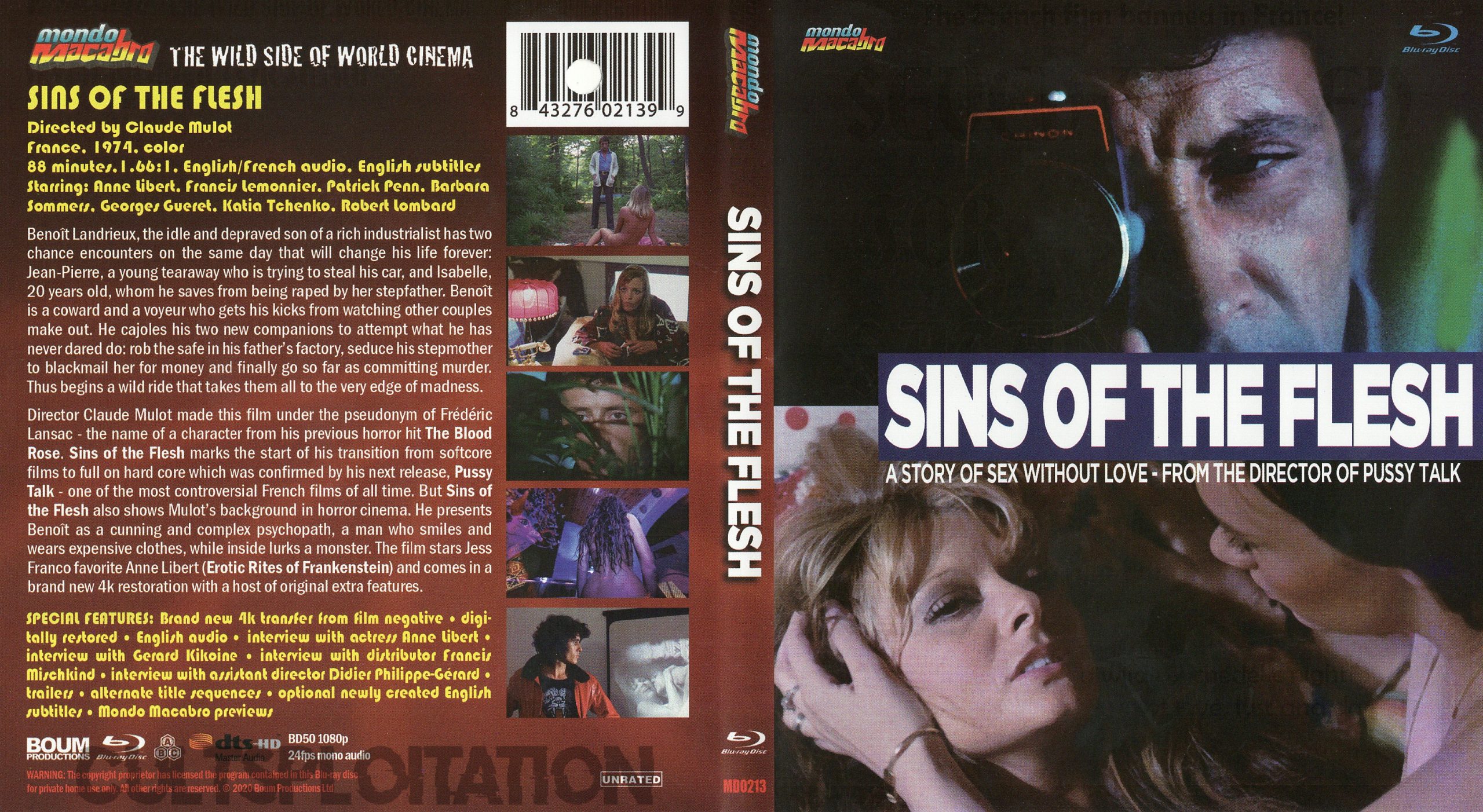