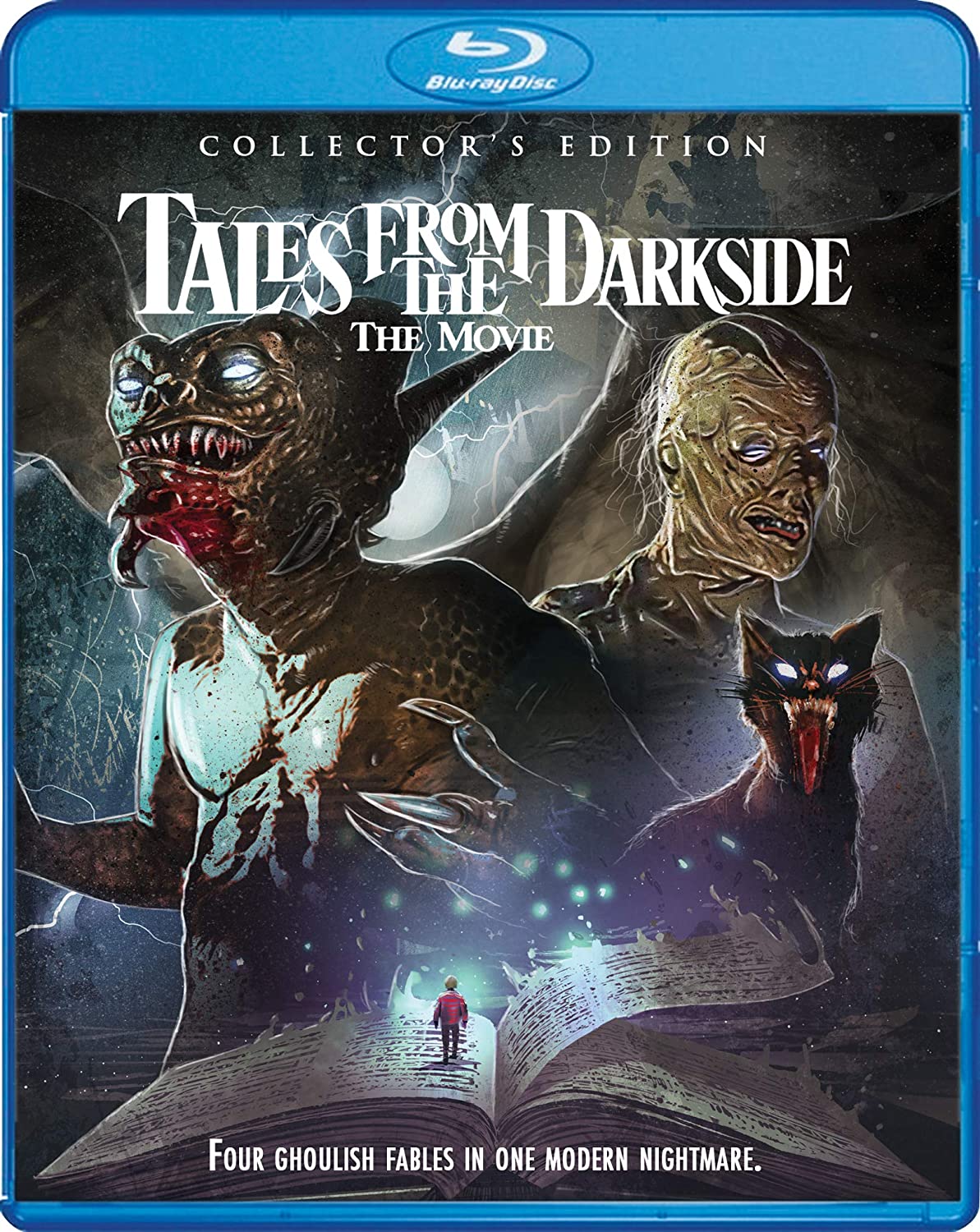 Tales from the Darkside: The Movie Blu-ray Review (Scream Factory)

Three stories that are better than the TV show

Most horror fans have probably heard Tales from the Darkside: The Movie lovingly referred to as Creepshow 3 (at least, prior to the actual release of Creepshow 3), and the film certainly showcases a lot of the same merits as those seminal works from George A. Romero and Stephen King. And in fact Tales from the Darkside: The Movie even makes use of stories and screenplays from both of those writers, furthering the connection. While the TV version always felt like a lukewarm copycat of better anthology series like Tales from the Crypt, the film’s three stories (and a wraparound with Matthew Lawrence and Debbie Harry) are all strong offerings with a solid cast of names; and unlike most anthologies, none of the stories feel like weak links in the chain.

The first short is “Lot 249,” adapted from a Sir Arthur Conan Doyle story. Steve Buscemi plays Bellingham, a dorky archaeological student obsessed with ancient objects and pissed off that he didn’t win a prestigious award due to Lee’s (Robert Sedgwick) interference. But he does make the find of the century with a mummy’s tomb and a scroll that can command the mummy to do his bidding. Julianne Moore is also fodder for the mummy, with Christian Slater attempting to befriend Bellingham before finding out his murderous ways.

“Lot 249” is the most fun of the three stories, with a lot of hammy EC Comics-esque humor from all four of the stars. It’s also got arguably the best special effects work from KNB, with gruesome mummy-related killings like a hook through the nose and a flower-stuffing sequence. Slater and Sedgwick both pull off their character traits well – Sedwick the snobby rich kid, Slater the rich kid with a little bit more heart. Mummy effects are suitably dusty and decrepit too.

The second tale is “Cat from Hell,” Romero’s adaptation of a King story. A hitman (David Johansen) is hired to murder a cat that has been plaguing aged pharmaceutical miser Drogan (William Hickey). And in the end, the black cat has its revenge for the 5000 cats that were harmed in the making of Drogan’s drugs.

Stylistically, “Cat from Hell” is the most similar to its Creepshow brethren, adopting a flashback sequence not unlike the “Father’s Day” short from the first film complete with cool blue lighting. The goal here is for the human characters to appear the most unhinged, and that’s a rousing success thanks to Hickey’s always reliable scene-chewing. Johansen has most of the heavy lifting, though, with most of the physical tasks and the majority of the screentime. While “Cat from Hell” is a pretty silly storyline, the end result is a simple revenge story with pretty great SFX work in the finale.

The final story in this anthology is “Lover’s Vow,” a love story according to Lawrence’s character. Preston (James Remar) encounters a gargoyle creature on a drunken night out and promises not to tell anyone in exchange for his life. He then meets his lover Carola (Rae Dawn Chong), and ten years later they find themselves with two children and a successful marriage. But does Preston break his promise? You bet he does.

“Lover’s Vow” is a weird story. Its twist isn’t really that surprising, and its overall moral seems to be confused. There’s really no rhyme or reason to the gargoyle’s proposal, and ultimately the characters in this short are a lot better people than the usual cast in the EC Comics-esque stories of vengeance and betrayal. So why is Preston punished for his expression of love at the end, opening up to Carola all of his best-kept secrets? Storywise, “Lover’s Vow” doesn’t work as well as the others, but it’s certainly got an intriguing idea all the same. Gargoyle work, though, is a bit shoddy.

Tales from the Darkside: The Movie is, overall, a great collection of stories that range the gamut of horror elements, all culminating in a Hansel & Gretel wraparound tale. The film is arguably more successful than TV version, with a large cast and solid special effects work. There should be something to like for everyone here.

Scream Factory has released Tales from the Darkside: The Movie as part of their Collector’s Edition line, but one noticeably missing element is a new scan. Instead, Scream Factory borrow a previously existing HD transfer that is fairly serviceable but could certainly stand from some improvement. While the overall picture quality is pretty good, there’s a bit of inconsistency in detail level throughout, with occasional scenes suffering from overly chunky grain. Blacks and shadows lose some definition, especially apparent in “Cat from Hell.” Color is consistent, though, and close-up details are good; background detail could be stronger (notice the blurriness of “Lot 249″‘s signs). While Tales from the Darkside: The Movie could benefit from a newer transfer, this Blu-ray offering is still good enough to recommend, especially since it seems unlikely Paramount gave Scream Factory their blessing to do a new scan.

Audio tracks include a 5.1 DTS-HD MA and 2.0 DTS-HD MA offering; both sound sharp and clear, with the 5.1 bolstering the film’s resounding score. English subtitles are also included with a couple minor errors.

Extras are very strong here; the new offering for this disc is a six-part documentary on the making of the film with interviews with lots of the cast and crew, all slickly edited by Red Shirt Pictures. This equates to over an hour of new interviews and is certainly worth a watch, going through each of the four stories in the film, its editing, music, and then critical reception. The only thing it’s missing? A Play All option. The other new offering is an audio commentary from co-producer David R. Kappes

While Tales from the Darkside: The Movie does not get a new transfer, its extra feature offerings are more than enough to recommend this Collector’s Edition release. Plus, it’s just great to have the film on Blu-ray. 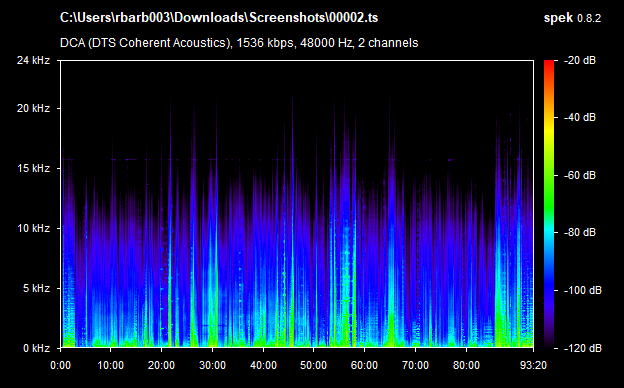 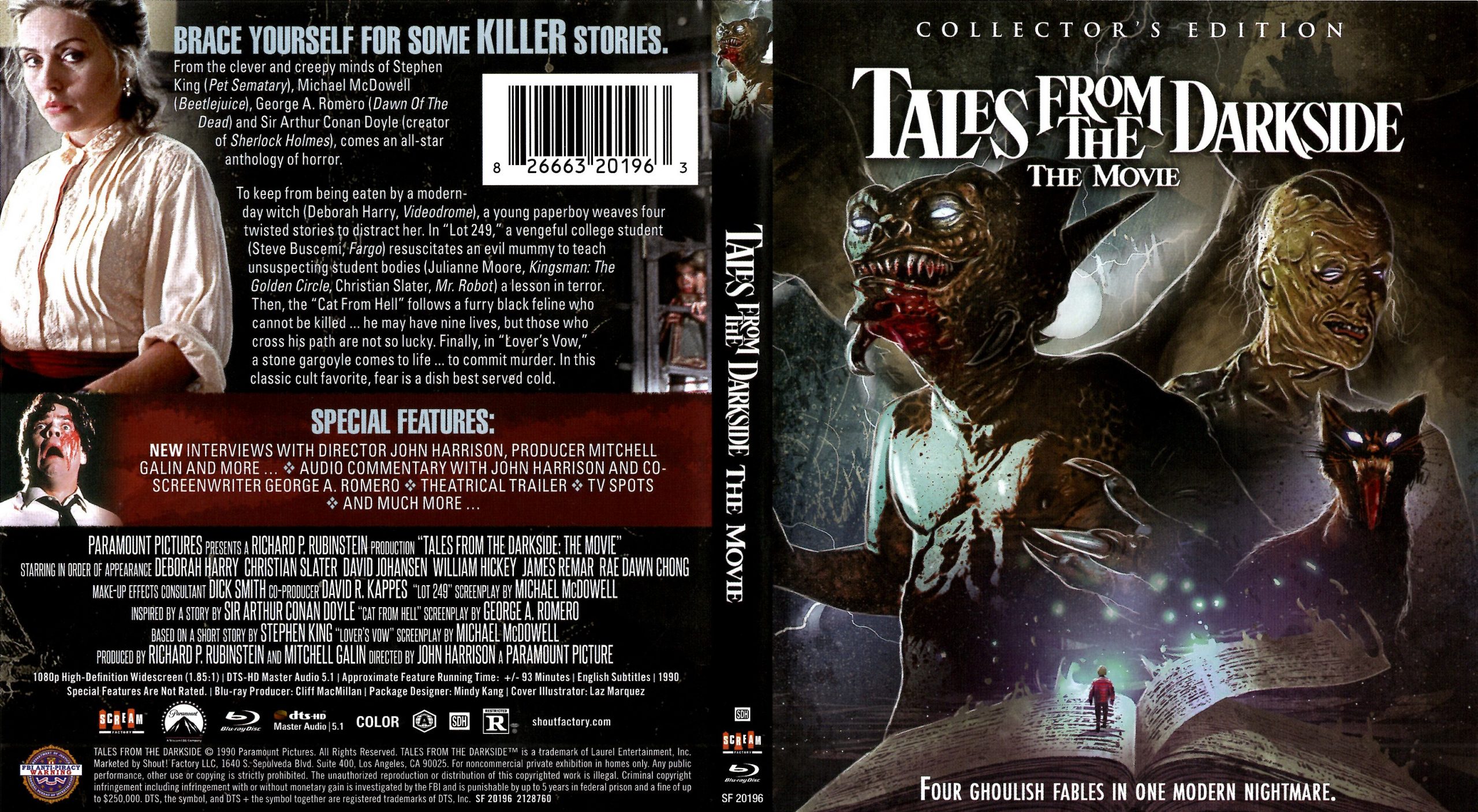 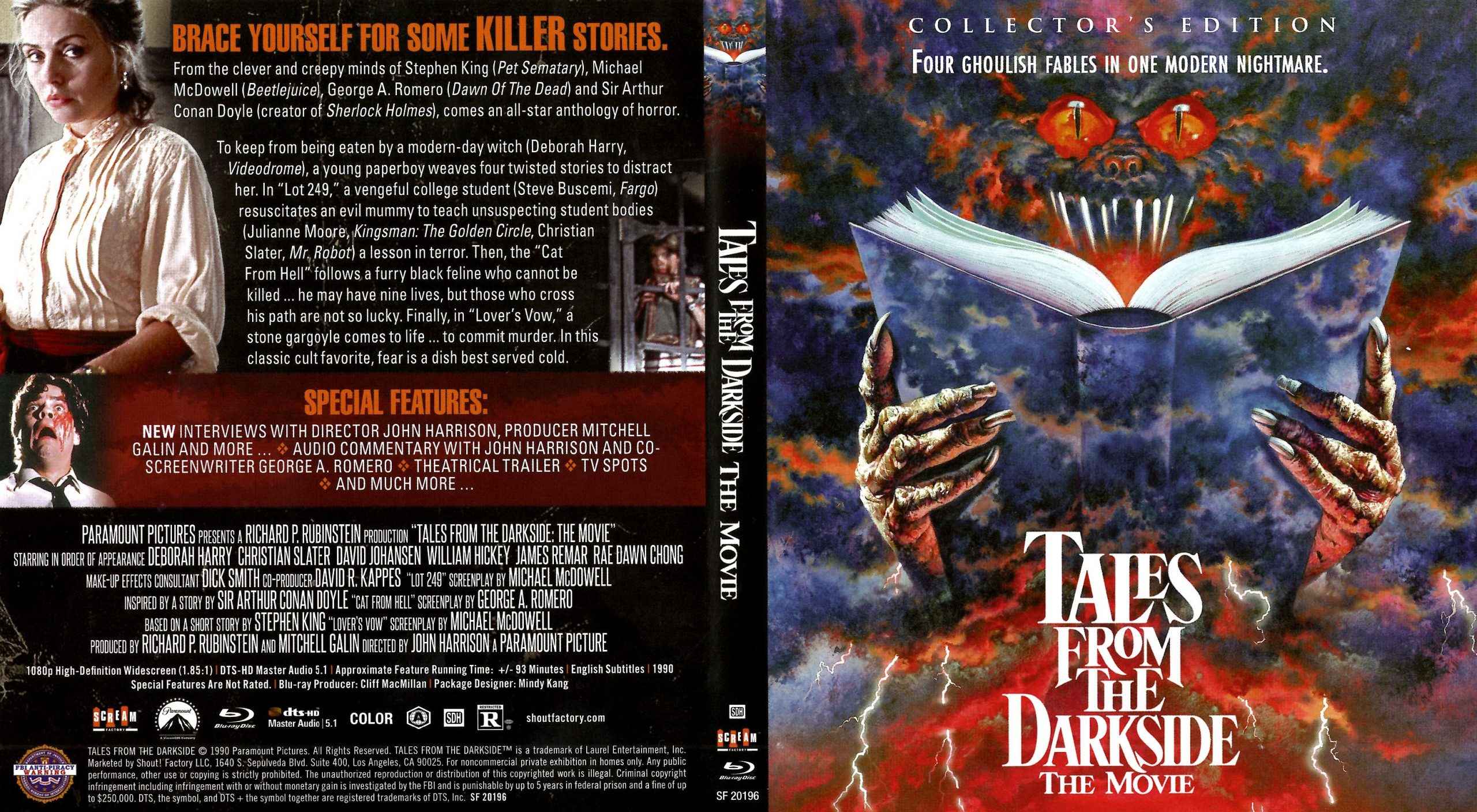 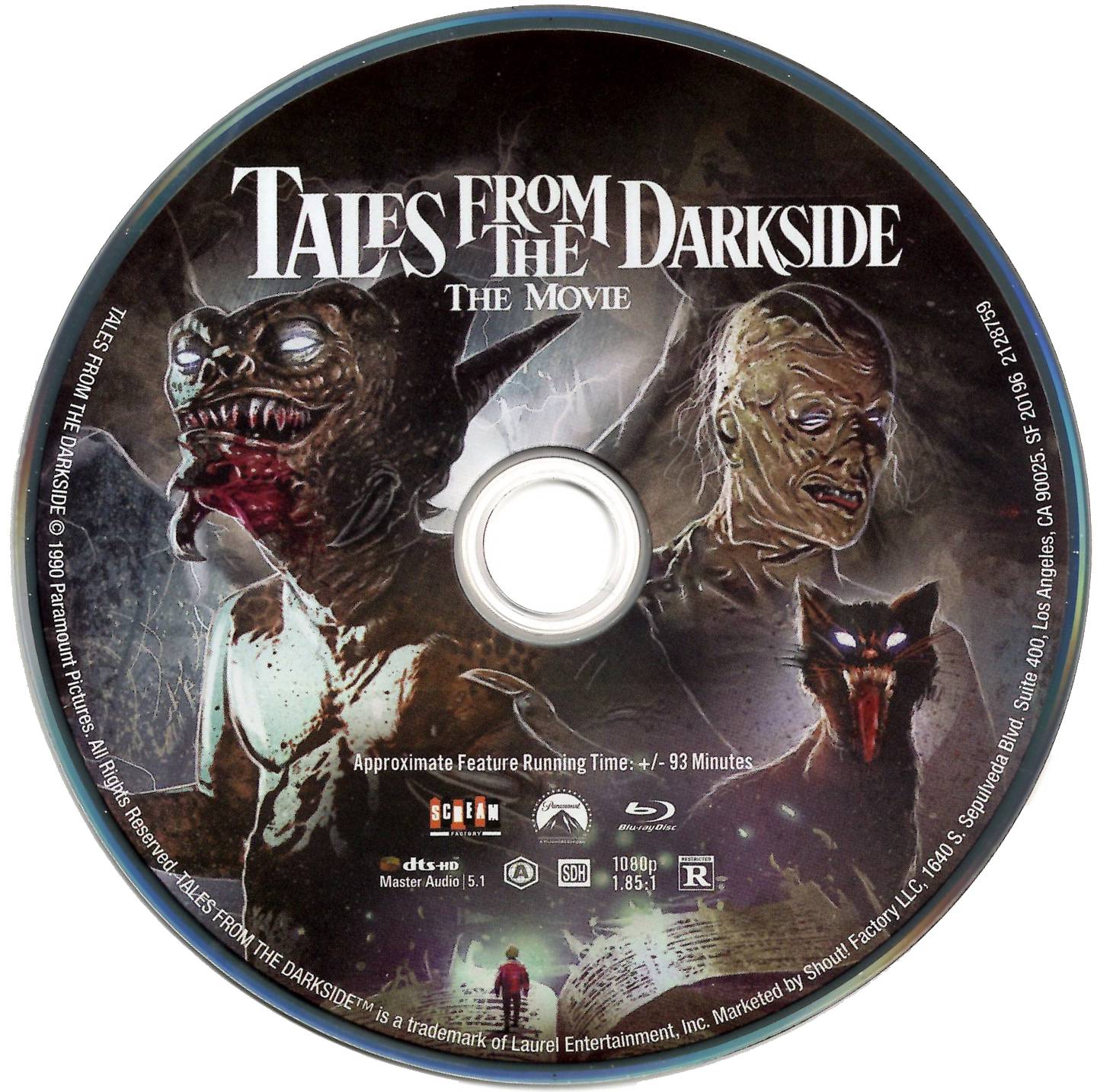