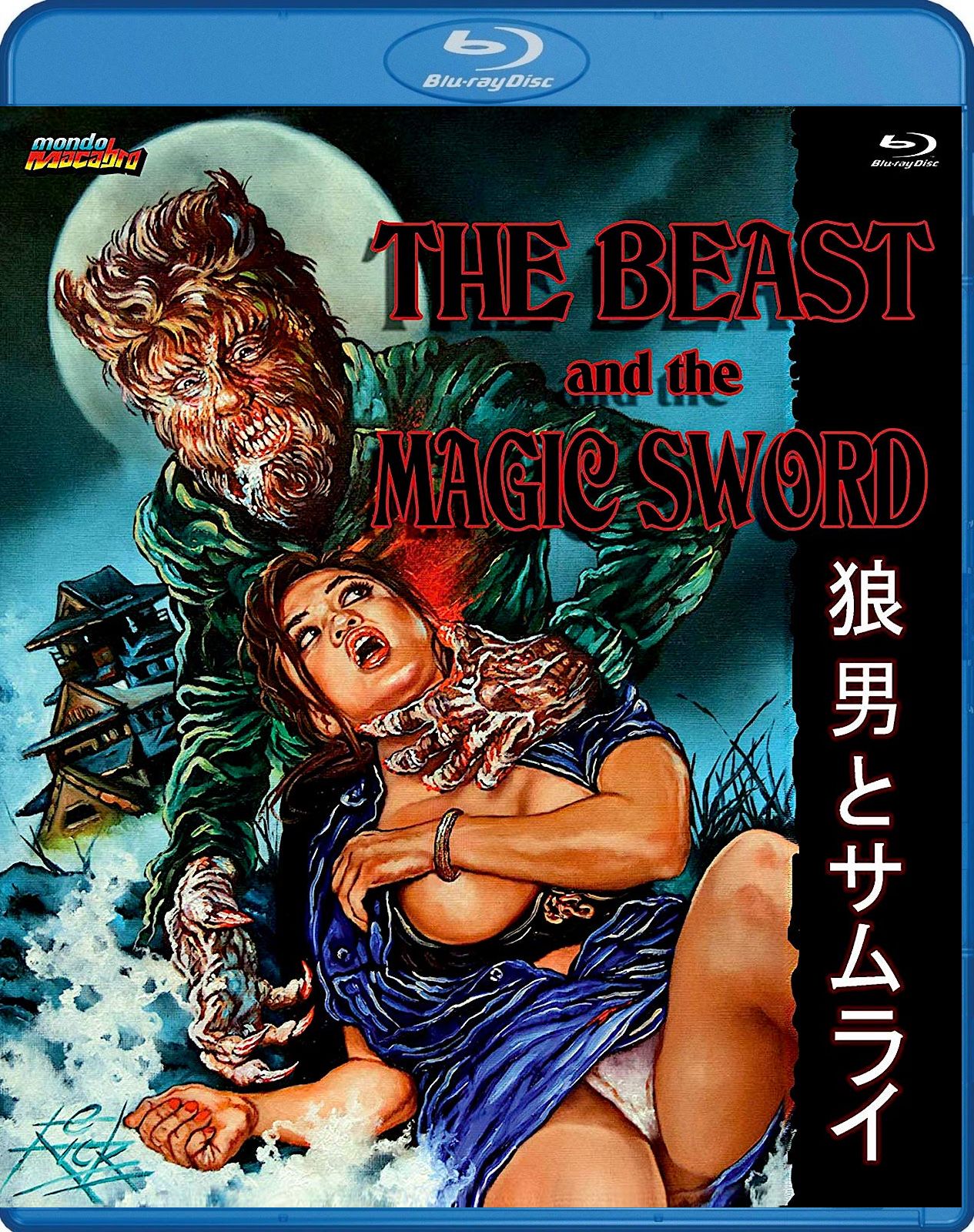 The Beast and the Magic Sword Blu-ray Review (Mondo Macabro)

Prolific writer/director/actor Paul Naschy (sometimes as Jacinto Molina) tackled a lot of different ideas in his years of filmmaking, from the inquisition to wolfmen to spaghetti westerns. His works are basically a hodgepodge of cult topics, a veritable treasure trove of influence. In The Beast and the Magic Sword – the 1983 film written and directed by and starring Naschy – the auteur combines his most successful forays into one film, jumping from a witch’s curse in 980 to the 16th century, home to both the inquisition and feudal-era Japan. Most films, including many of Naschy’s, would stop at one or the other; The Beast and the Magic Sword, though, cycles between both, first presenting its main character Waldemar Daninsky (Naschy) being chased out of Europe due to his lycanthropic curse and then following him to Japan, wherein he meets the scientist/samurai Kian (Shigeru Amachi) who seems to have the only cure.

At nearly two hours, Naschy’s film certainly wouldn’t be considered abbreviated; however, the gamut of ideas on display means that The Beast and the Magic Sword moves at a fairly rapid pace, introducing the curse and its series of characters quite quickly while jumping through time in the process. Daninsky’s curse happens to be wolfman syndrome, one that Naschy has repeatedly dealt with in previous films. Here, though, Naschy’s ideas run rampant. There are well-choreographed samurai fights, ghost samurai, and even a werewolf vs. tiger fight (which actually looks pretty dangerous).

One might think, “How can this movie naturally transition between all of these ideas?” That’s part of the fun watching The Beast and the Sword; despite what sounds nonsensical on paper, it really just works. Part of it is Naschy’s dedication to detail and his experience treading similar ground previously. Another is Naschy’s constant ability to chew scenery throughout. It’s an undeniably charming little film that should delight fans of Japanese samurai cinema and inquisition films, especially when those fans see the crossover appeal.

With that said, The Beast and the Magic Sword suffers from a bit of bloat and some admittedly poor wolfman effects. Those attacks add more humor than they probably should – there’s one sequence with a woman in a kimono where you just know Naschy’s going to rip it off. Still, the cheese is just another layer on this treat.

Mondo Macabro’s Blu-ray for The Beast and the Magic Sword features a new 4k restoration from the original camera negative, and it also gives viewers two different ways to watch. The Beast and the Magic Sword was originally released in 4:3 aspect ratio, but Mondo Macabro have also included an alternate 1.66:1 version that they state may have been the intended release version. This option is available on the main menu after selecting Play.

I watched the 4:3 version since it seems that has been the original viewing method, but our gallery also has a few screenshots of the 1.66:1 version to study. For the most part, both ratios look fairly natural to me. Transfer quality is quite good; the film features a medium grain texture that does become a bit more noticeable in darker shots. Detail is good throughout with some minor softness apparent in earlier scenes. Color palette is well-maintained, and skin tones appear consistent.

The audio is a DTS-HD 2.o mono Spanish language track with corresponding English subtitles newly translated for this release. While the track is mostly of good quality, it does tend to have a slightly muffled dubbing that is common for films of this ilk. Of course, it’s not much of an issue due to the subtitles. Score and sound effects aren’t particularly affected.

Extra features for this release include a new audio commentary from the always-reliable Naschy-cast, as well as a new interview with critic Gavin Baddeley on Paul Naschy and his career, which runs about a half hour. Not technically new but still included here is a video introduction to the film from Naschy, which runs about 13 minutes. There’s also a previously-filmed interview with Naschy that runs another 45 minutes. Included is a theatrical trailer as well. Plus you get new cover artwork, censored on the Blu-ray cover but uncensored on the menu.

The Beast and the Magic Sword is a culmination of all of Paul Naschy's interests into one wild ride. Definitely worth a watch, and this Blu-ray is the best way to do it.
Film
Blu-ray
Reader Rating0 Votes
Good
Crazy film with a werewolf fighting a tiger
Great 4k transfer and a few worthwhile extras
Bad
Some muffling on the Spanish audio track
4
Buy
Amazon
Hosting screenshots is expensive. If you want to see more galleries, consider donating!