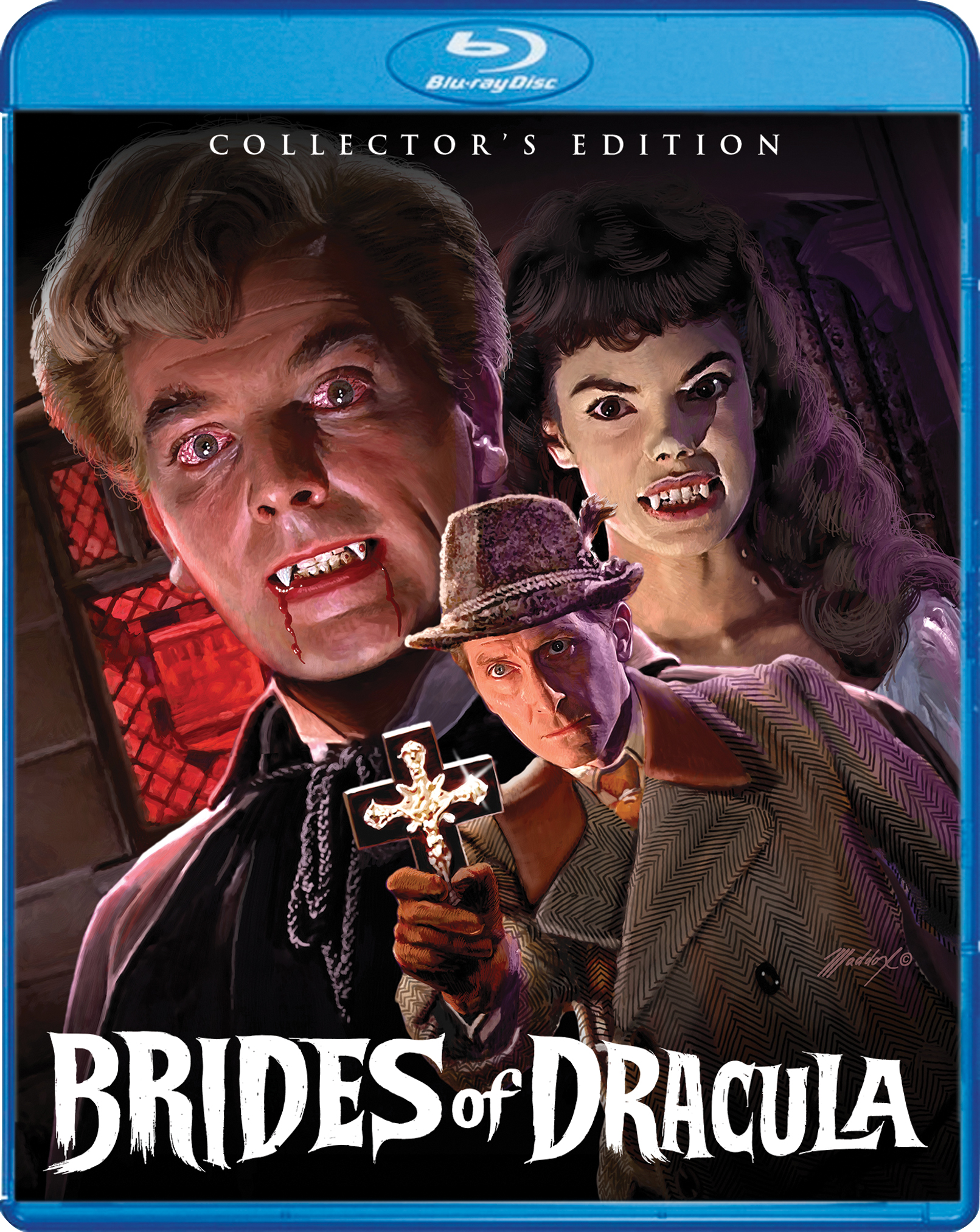 Peter Cushing vs. the Meinster

In 1960, Terence Fisher followed up his Hammer classic Dracula with a sequel, though this time it sadly did not include Christopher Lee or the titular vampire at all. Instead, rewrites restructured The Brides of Dracula with a new vampire leader, the Baron Meinster (David Peel) – a young man sequestered away in his mother’s castle, chained up and forced to feed on the nubile young ladies his mother brings him occasionally. Curiosity about the title aside, The Brides of Dracula makes do with its new villain and centers it around the females surrounding him, a coven of vampiresses come back from the dead to wreak havoc on a Transylvanian village and its traveling teacher Marianne (Yvonne Monlaur).

Fisher’s film is a marvel of architecture, set design, and costuming. The beauty of its castle setting is evident in every scene, guaranteeing that the viewer’s eye will stray from the already marvelous Monlaur or scenery-chewing Peter Cushing to take in the splendor of the decor. While The Brides of the Dracula takes quite a while to get to its vampire plot – and over half an hour before Cushing’s Van Helsing even enters the film – it’s never a slog thanks to the careful crafting and illustrious lighting hues, along with the strength of its actors including a memorable turn by Martita Hunt as the cool Baroness Meinster.

After Cushing reprises his Van Helsing character, though, the pacing truly picks up. From harrowing heart-staking sequences to the carefully-censored cuts from vampire bites, The Brides of Dracula has a particularly compelling storyline that often works, as many critics have pointed out, as a fairy tale of sorts thanks to the romance between the naive Marianne and the princely Meinster. While Peel does not have the thespian heft of Lee, his presence is still fairly commanding – he is both tender and romantic as well as powerful when need be, and his Baron makes for a notable opponent for the learned Van Helsing (leading to a thrilling bite wherein Van Helsing is forced to cauterize his open wound – ouch!).

No matter if its the horror vampire elements or the period setpieces that attract viewers to Hammer films, The Brides of Dracula has both in ample degree. Fisher’s direction keeps things moving swiftly, and its cast of actors ably handles the material despite Lee’s absence. One of the better Dracula films in the canon, The Brides of Dracula shows the strength of Hammer in its heyday and the reason Fisher is praised as one of the best directors in its body of works.

Scream Factory has released The Brides of Dracula as part of its Collector’s Edition series of Blu-rays, giving it a new 2K scan from the interpositive. The results are excellent: the film retains a healthy medium-bodied grain without obstruction, and the image is strong throughout with just a few bits of softness here and there. The colors pop with vibrancy – note all of the lighting throughout the castle sequences – and the architecture is preserved with crisp definition. Costume garment detail is also high. Skin tones remain consistent and while the film has relatively few dark moments, there is no visible crush. Compression is also minimal despite both 1.85:1 and 1.66:1 ratios housed on the same disc.

That 1.66:1 version of the film is part of the extras on this release, and neither version makes a whole lot of difference from a viewer’s perspective. The 1.85:1 gets the audio commentaries and the DTS-HD MA 2.0 mono track – which is strong and clear – whereas the 1.66:1 is stuck with a Dolby Digital mono track that sounds noticeably less crisp, with dialogue lacking the same punch. English subtitles are included on the 1.85:1 option as well.

As far as other extras are concerned, there is a new audio commentary from Steve Haberman and Constantine Nasr that offers a lot of insight into the film’s creation and trivia about the original direction it was intended to take; the two play off each other well. Also included are two new additions to the Men Who Made Hammer featurettes that Scream Factory has been including on their Hammer releases: one is an hour-long special on Terence Fisher, and the other is a shorter ode to Jack Asher, cinematographer on a number of Hammer movies. Another new featurette finds David Huckvale discussing Malcolm Williamson’s score on The Brides of Dracula and even playing a few numbers from it.

As well as these new extras, we do get a number of previously released featurettes including a making-of featuring interviews with cast and crew, a Severin-produced look at Oakley Court and its usage in many Hammer films and some Amicus productions, theatrical trailer, image gallery, and radio spot.

For physical packaging, we get a slipcover and reversible cover art.

The Brides of Dracula is an excellent Hammer picture and Scream Factory has done a great job bringing it to Blu-ray with its new scan and a host of new extras. Definitely worth a purchase. 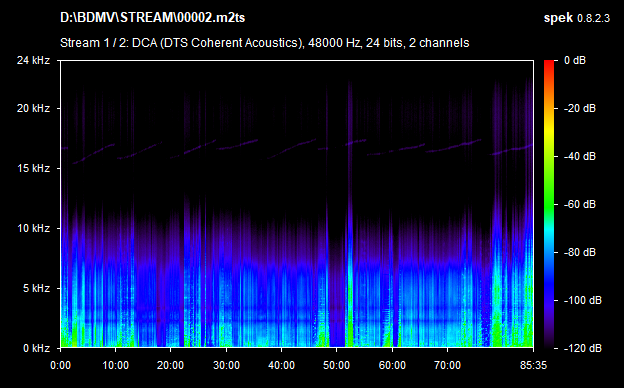 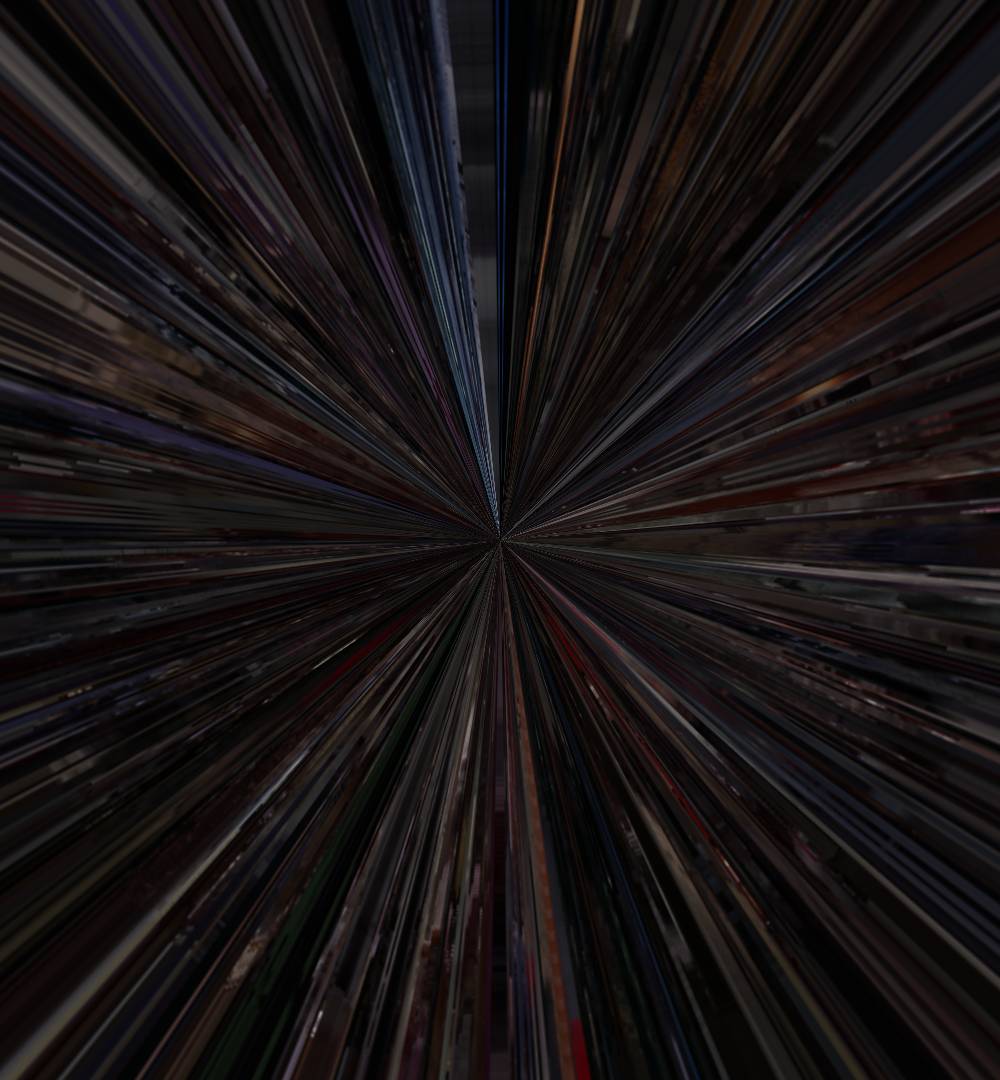 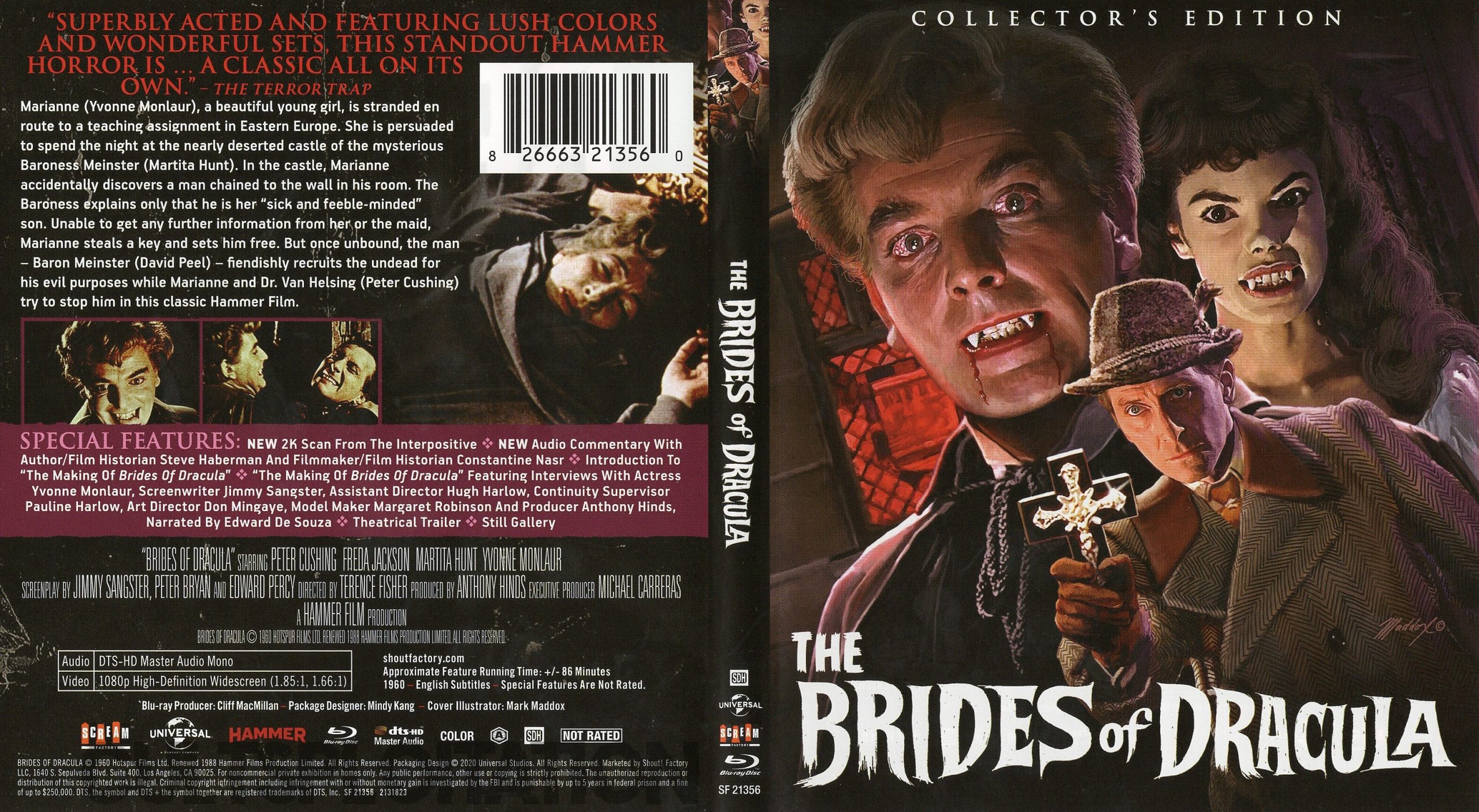 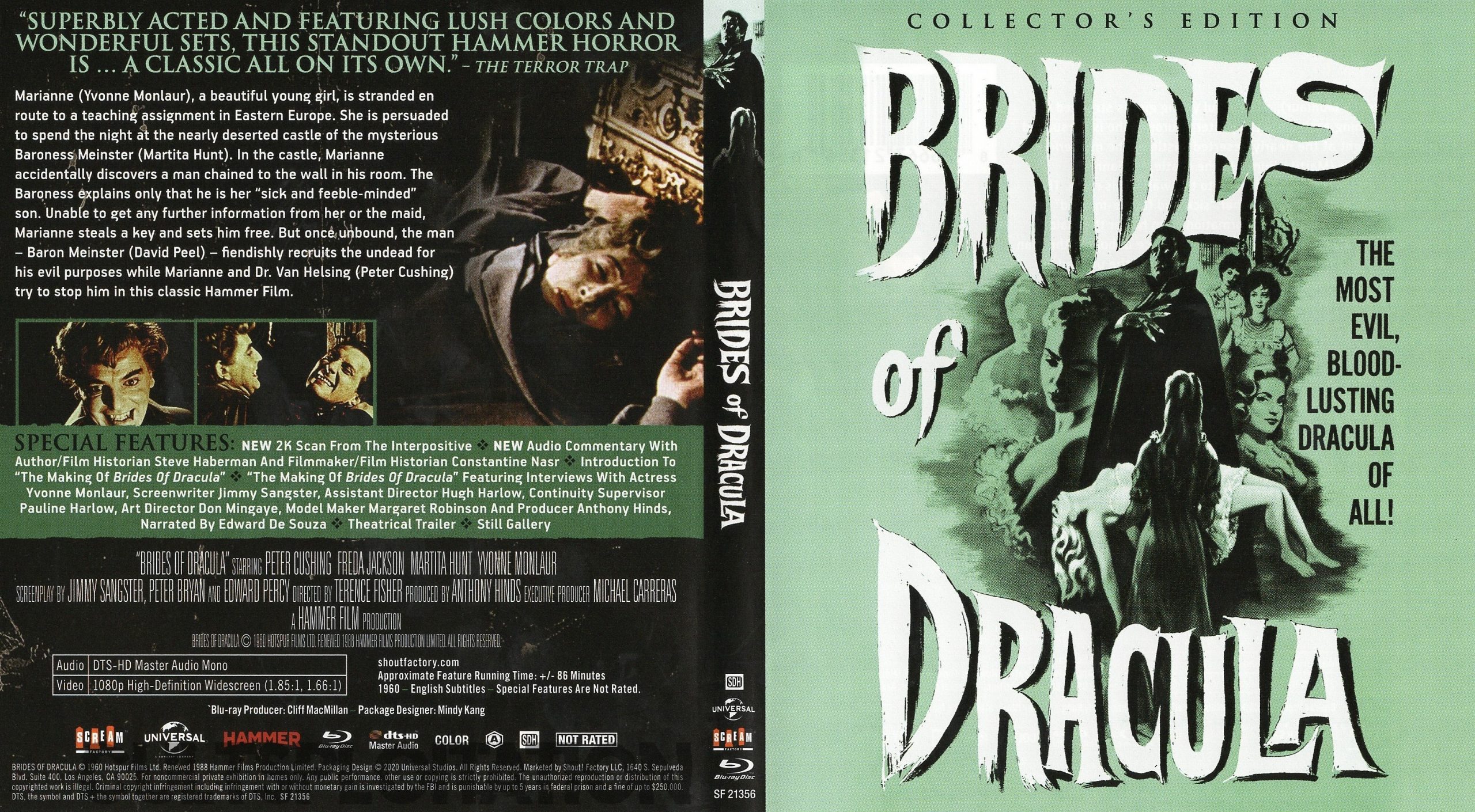 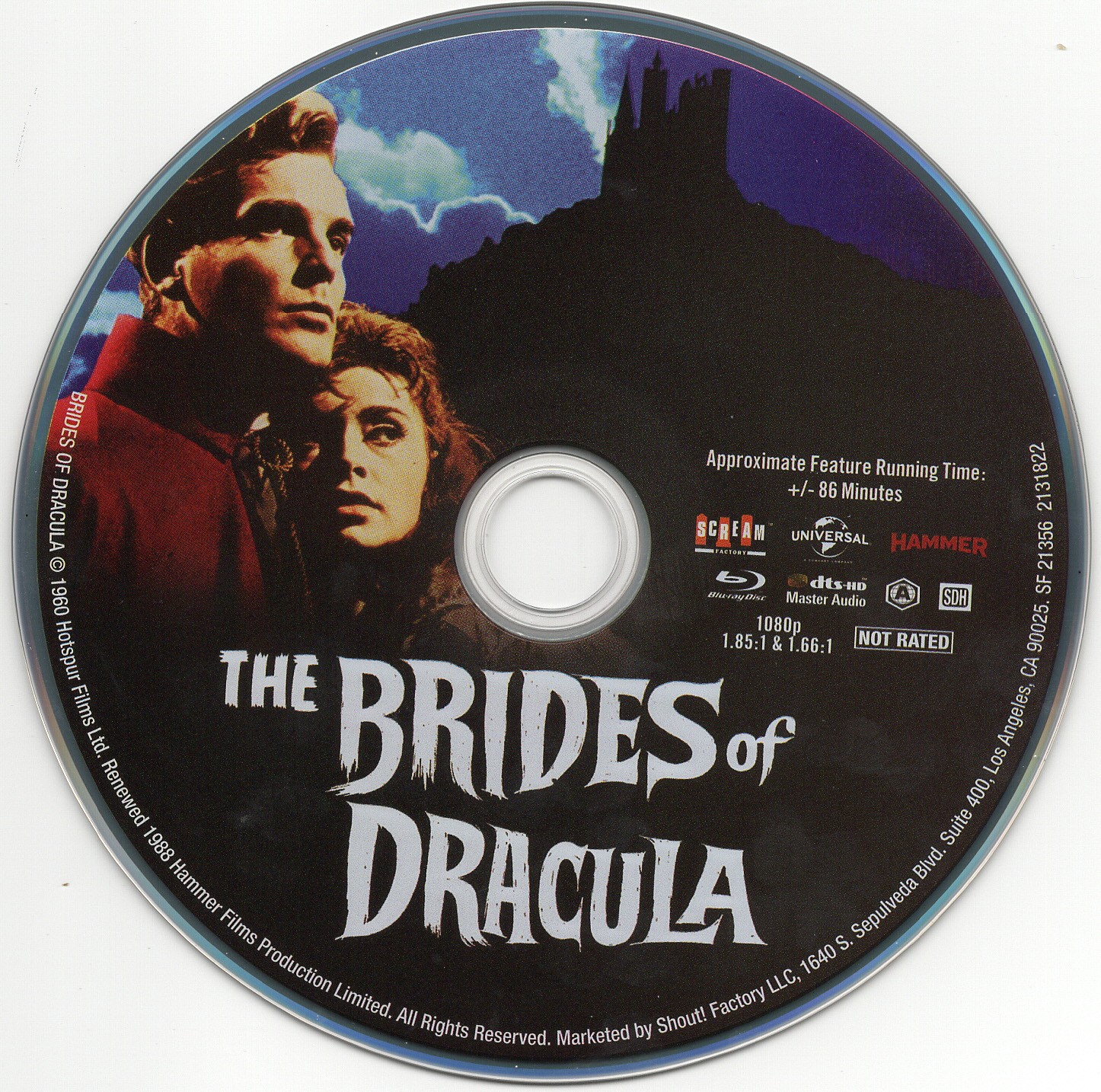