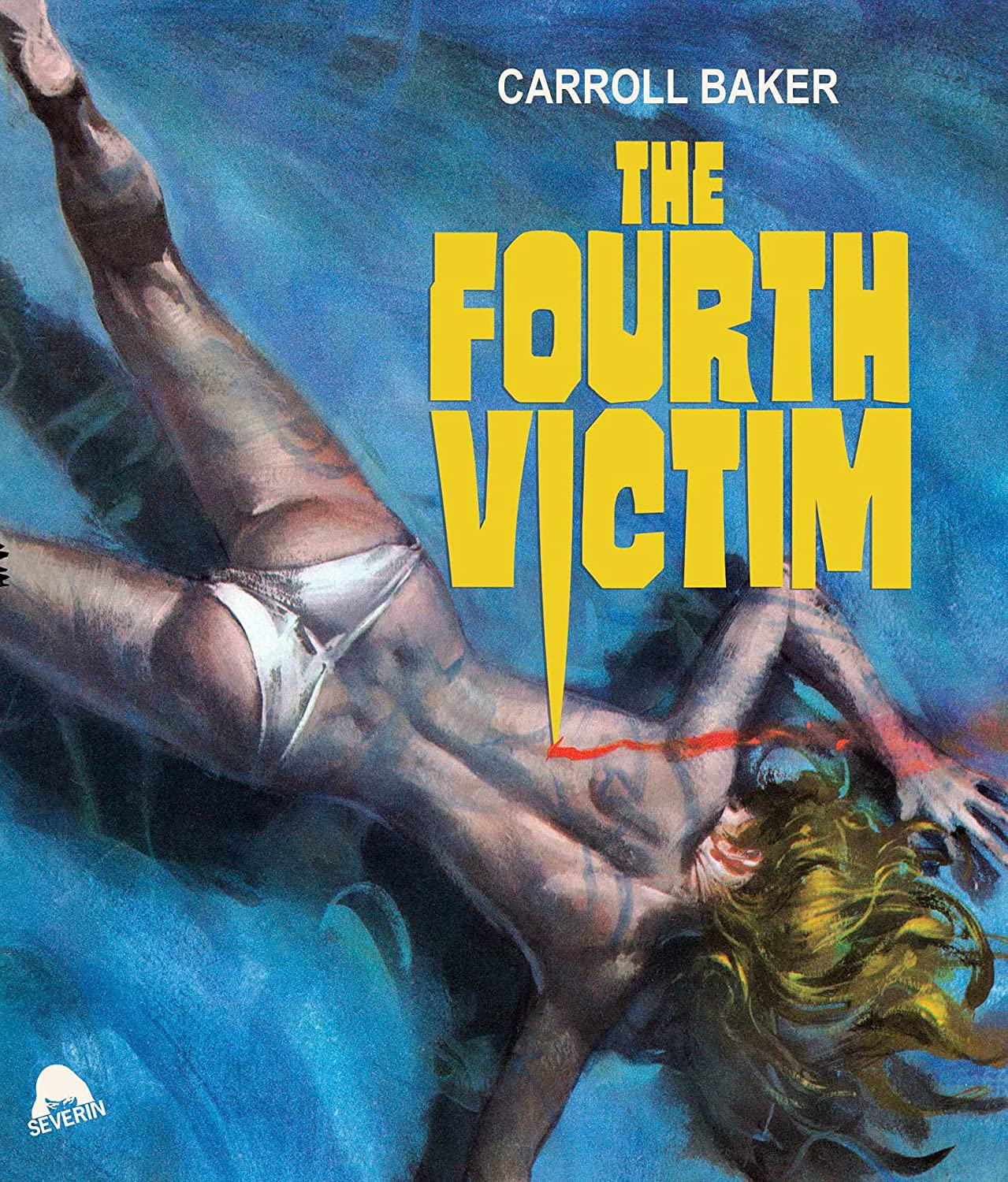 How many wives does one man need?

The Fourth Victim is touted as a giallo in its description from Severin Films, but that isn’t entirely accurate; it truly does not have many of the trappings of the stylistic genre except for its murder mystery and twisty storyline. It more aligns with a German krimi than anything else – there’s a picturesque English countryside, airy eerie castles, and a limited cast that involves deception, intrigue, and identity crises. The film stars Michael Craig as Arthur Anderson, a man who has some extremely bad luck in the marriage department after losing not one, not two, but three different wives to untimely deaths. The latest – the third victim – is an accidental drowning that goes to court in a very public case that where he is ultimately acquitted. Unfortunately, due to the publicity Anderson is targeted by Julie Spencer (Carroll Baker), a nosy woman who falls in love with Anderson to potentially become… the fourth victim?

Eugenio Martin directs this ambitious slow burn, immediately setting the plot in motion with a visually arresting opening death sequence tying in to its alternative moniker Death At the Deep End of the Swimming Pool (though clearly an overly long title). From there, the potboiler moves quickly, introducing Baker’s shift character into Anderson’s life; even though he’s sworn off marrying again (for good reason – he’s bankrupting his life insurer), Julie’s quirky attitude and insistence on marrying gets the better of him, and he’s saddled with ball and chain once again in less than a month. Only after that rash decision does he begin to suspect Julie has more nefarious purposes when she’s caught snooping in his attic.

While The Fourth Victim plays pretty loose with the pacing, there’s a number of things keeping the film from becoming mired. One is the intrusive Inspector Dunphy (José Luis López Vázquez) of Scotland Yard, who adds a bit of comic relief to the dark film with his continual insistence that Anderson has killed his new wife. Also of note is the mysterious appearances of another Julie Spencer (Marina Malfatti), who keeps showing up lurking around the manor with no stated purpose. Martin’s use of these encounters deepens the mystery, but The Fourth Victim mostly gets its thrills from contemplating whether Baker’s Julie Spencer is ever in danger with the secretive and sometimes fitful Anderson.

The film comes to a head in its conclusion with a fairly rushed reveal, explaining the misunderstanding between the two Julies and taking a stab at the psychological trauma of being a cuckquean. There are actually few murders throughout The Fourth Victim, and certainly no black-gloved killers; instead, the malevolence of disturbing human behavior is the prime fascination. Martin delivers an entertaining vehicle of deceit – though perhaps not as nuanced as one might hope – that has all the elements of a good noir-esque thriller, and those that enjoy Baker’s prior performances in gialli will again note her strengths in this.

Severin Films has released The Fourth Victim on Blu-ray with a new 2K scan of the original 35mm camera negative. Immediately viewers will note that the OCN is in less than perfect shape: the early credit sequence showcases some sporadic discoloration and lines. Throughout the film, the medium-bodied grain scale presents a flicker that can become distracting. Overall definition is sometimes inconsistent, with softness occasionally cropping up in certain scenes. Blacks in darker scenes tend towards a discolored beige rather than a deep inkiness. Most of the time, though, the film’s transfer offers fairly good detail as long as viewers can withstand the flicker.

Audio offerings include both DTS-HD MA 2.0 mono English and Italian tracks. Being an Italian/Spanish co-production, there really is no native language, though for the most part English is what’s being spoken by the main cast. The English track sounds a bit more robust than the Italian, especially with its musical cues. Both have good, consistent dialogue volume. English subtitles are included which are to be used with both tracks.

Extra features include a new interview with Carlos Aquilar, the only Eugenio Martin biographer. He provides about 15 minutes of contextual information about the director including a recap of his filmography and explanations about his journey throughout various cinematic genres. It’s a nice informational watch. Also included is a short deleted scene of Anderson meeting with his life insurance company to receive his policy payout. A trailer rounds out this release.

The Fourth Victim is a slow-burn thriller with a strong cast and some snappy twists. Severin Films has given the film a new transfer with a damaged OCN, which results in less-than-perfect results, but it’s still great to have this on Blu-ray with some new extras. 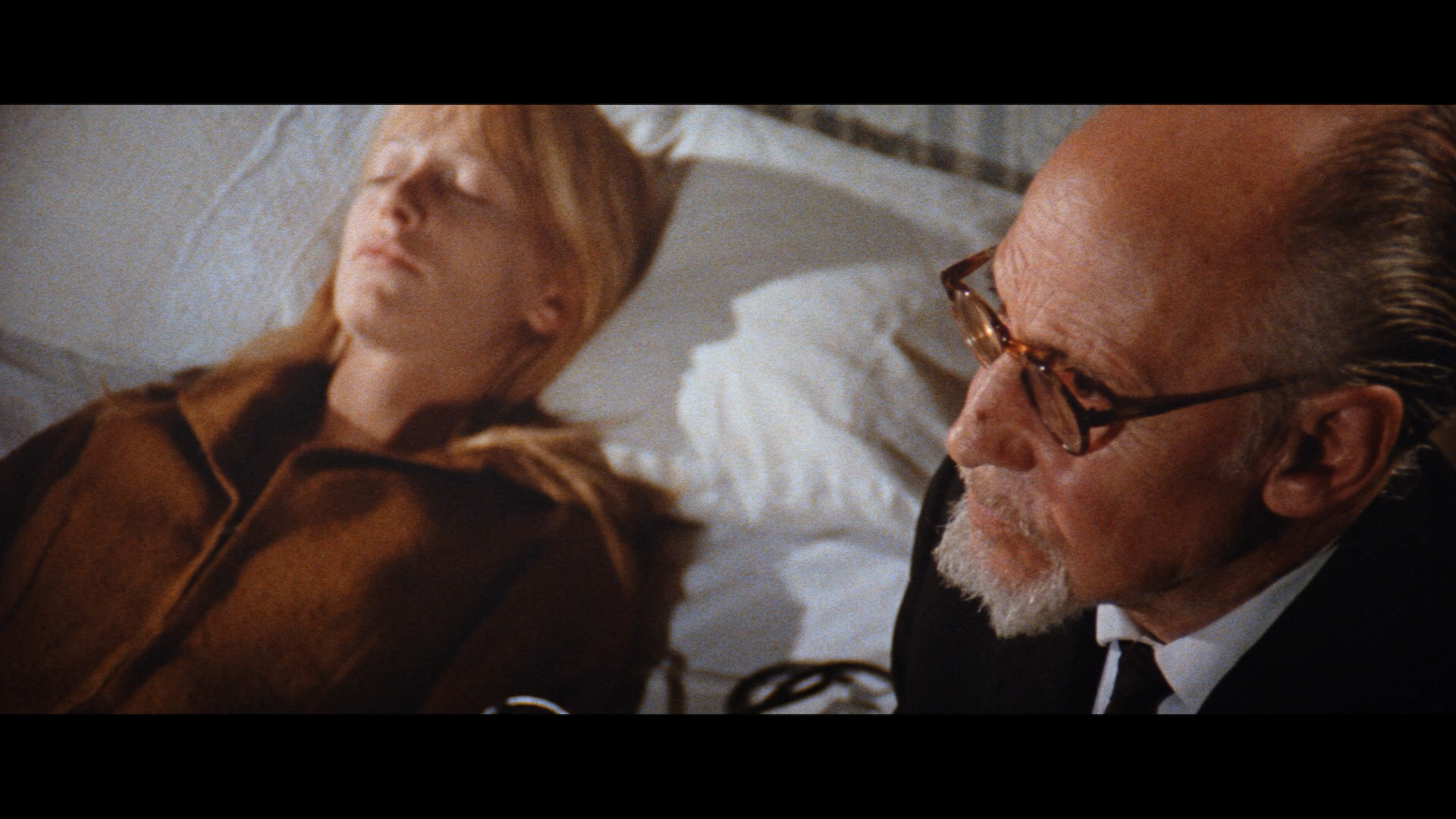 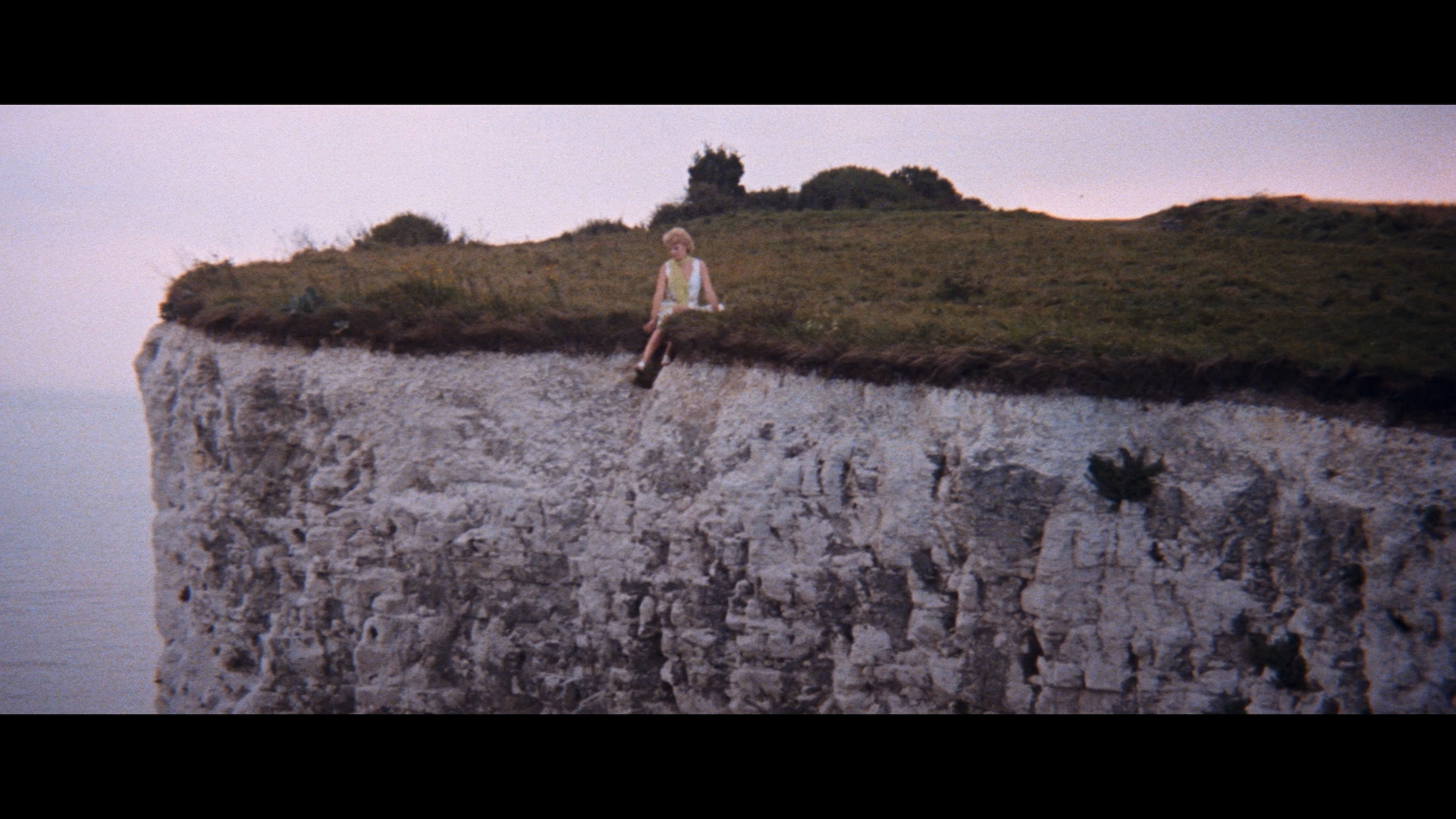 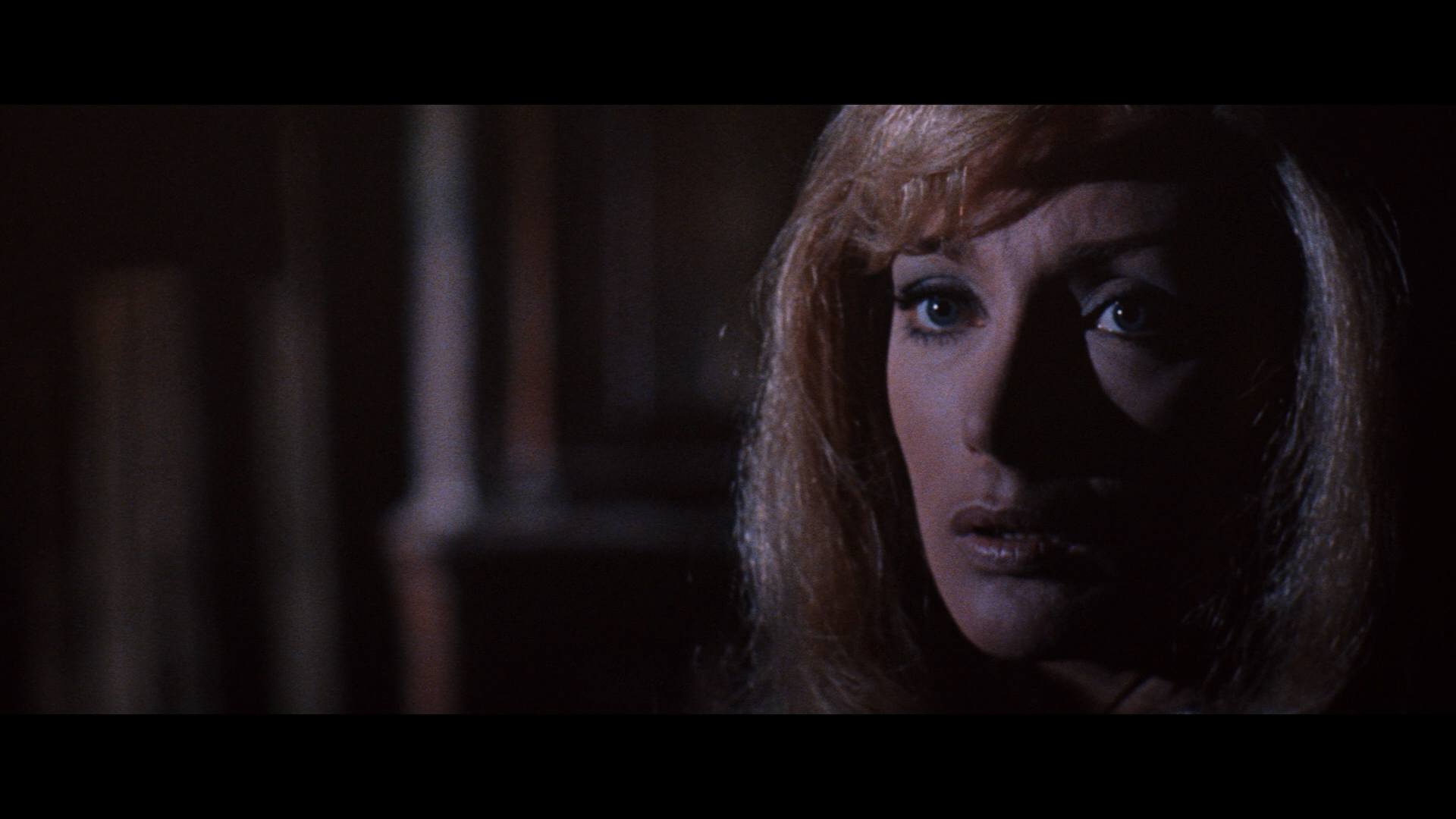 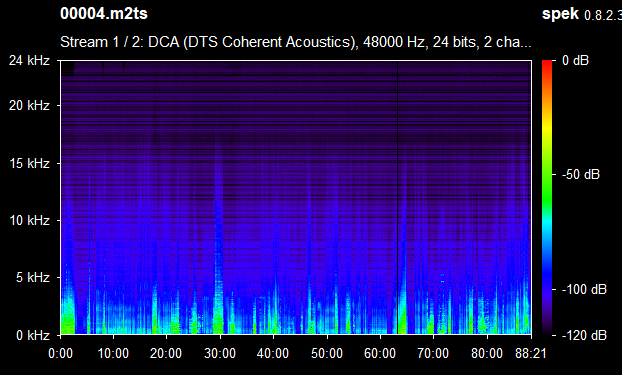 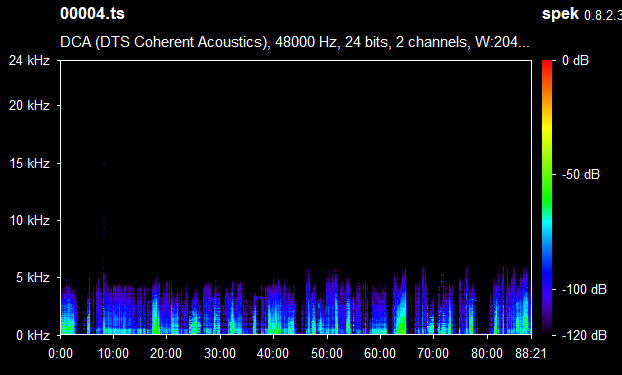 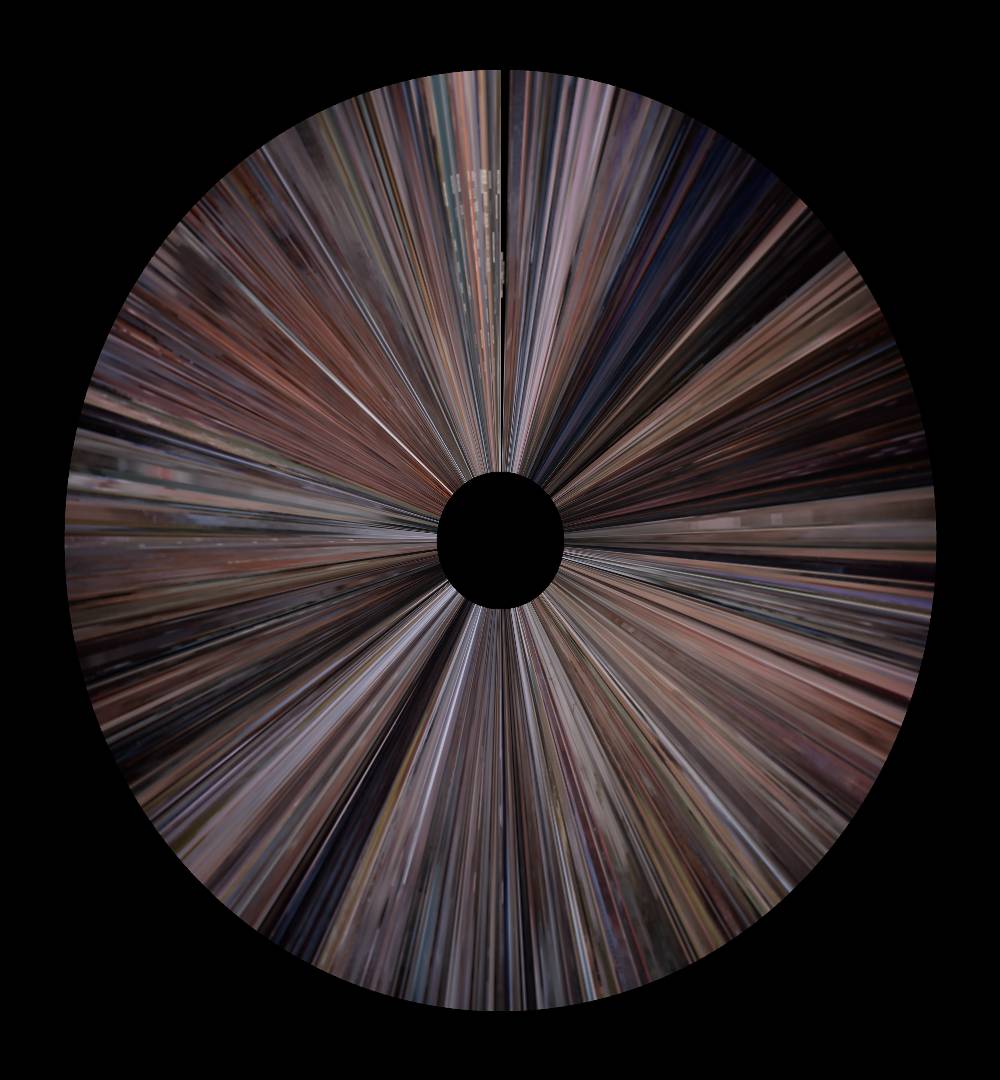 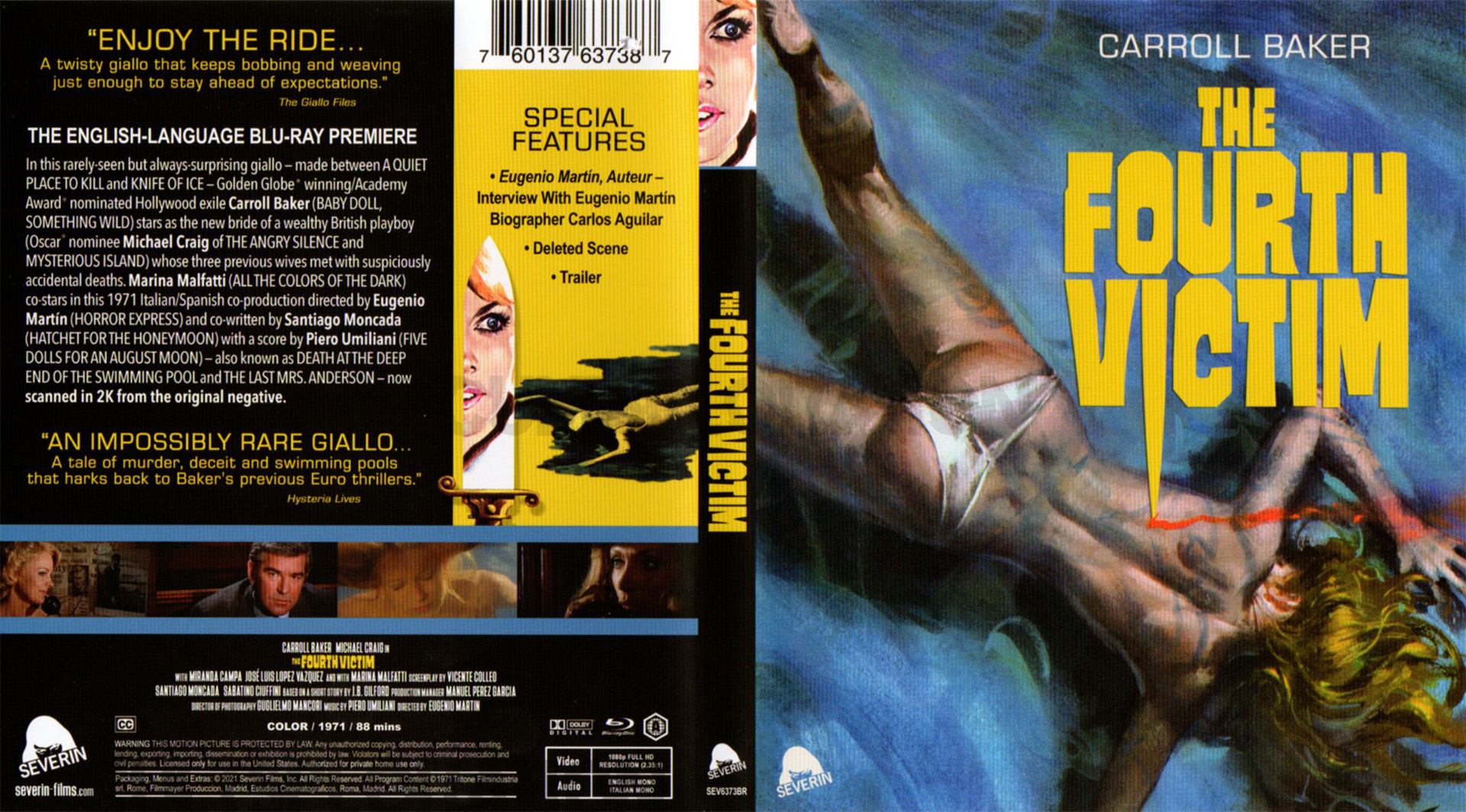 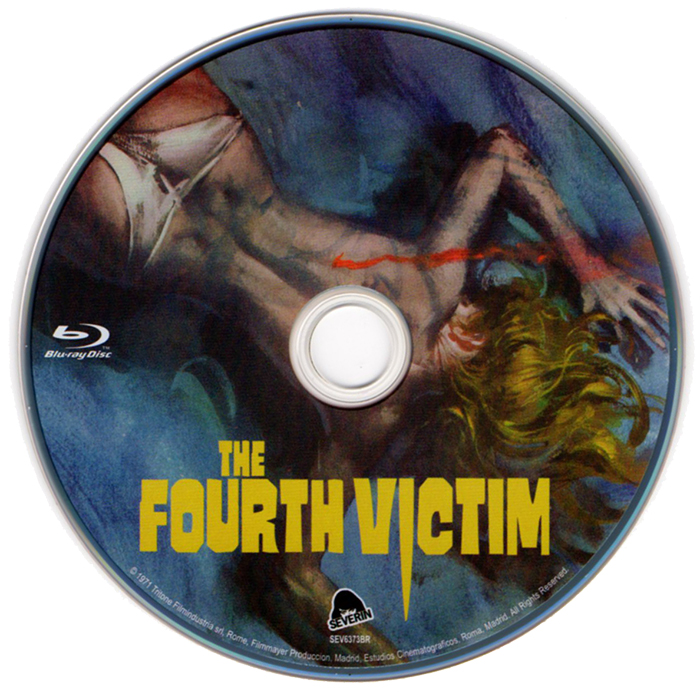