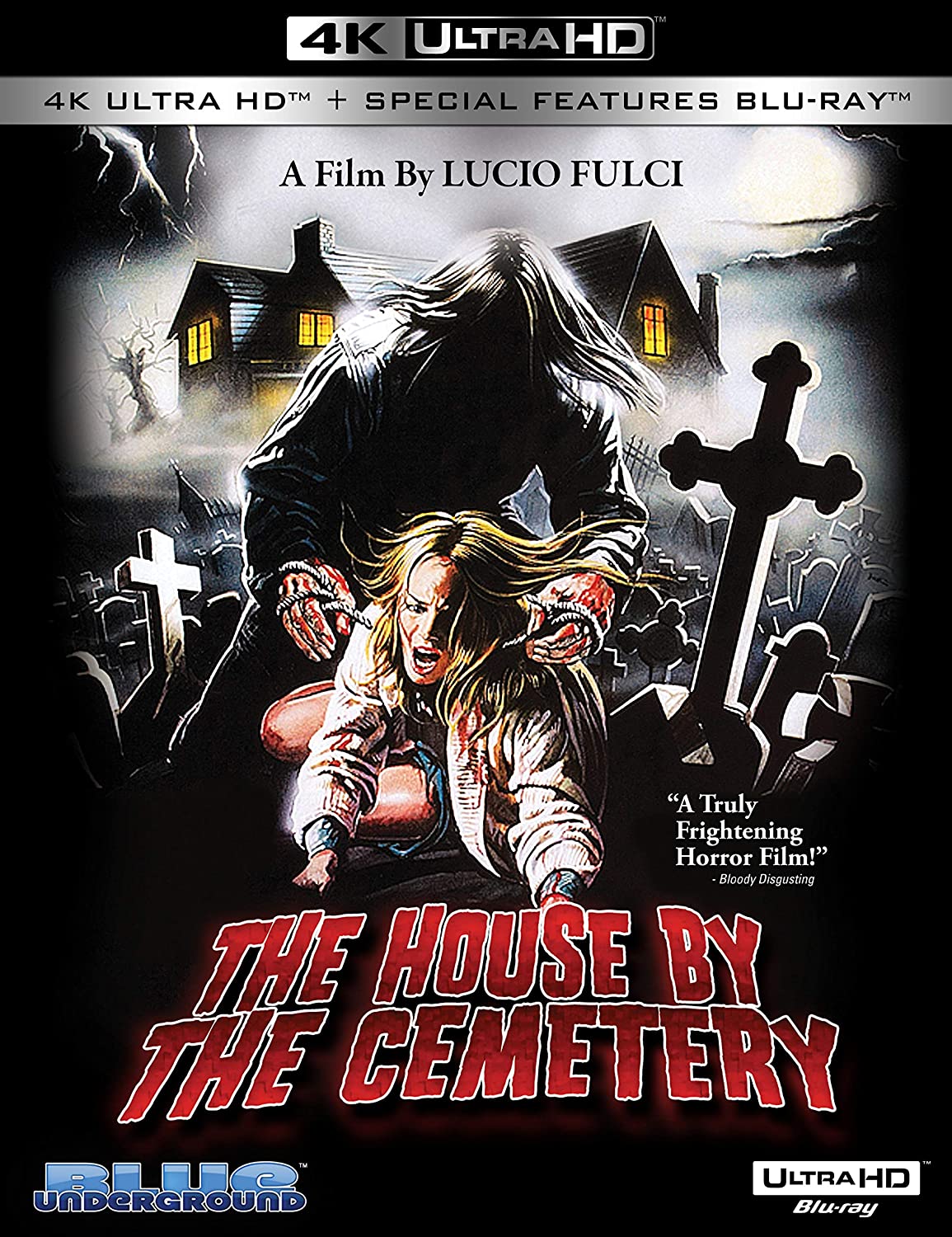 Note: screenshots provided are from the standard Blu-ray. When we are able to get 4K UHD screencaps, we will update.

Lucio Fulci’s The House by the Cemetery might be his opus. At times a giallo and at others an exploration of Lovecraftian/Frankensteinian themes, the 1981 film remains remarkably hard to explain; its surrealist tones add a layer of mystery, perhaps unintentionally, with an ending that quotes Henry James and seems to twist the theme of the film completely askew. It’s a unique venture that some will love while others will hate, decrying the lack of sense in its storyline; either way, though, The House by the Cemetery is an experience, one that has now come to Blu-ray thanks to Blue Underground with an excellent new 4k treatment.

The film follows a family who moves to New England into the infamous Freudstein House, a place that matriarch Lucy (Catriona MacColl) has already recognized from a painting they owned. Quickly little Bob (Giovanni Frezza) makes friends with redheaded Mae (Silvia Collatina), who warns him that they must leave the house as soon as possible. The only one who doesn’t really seem to mind living there is Norman (Paolo Malco), but that may be because he’s doing research and may or may not be having an affair with their nanny Ann (Ania Pieroni), something that’s hinted at and then, in Fulci fashion, never explored again. But the real issue with the house is the undead Dr. Freudstein living in their boarded-up basement.

Fulci has a lot of ideas going on throughout the film, and often he leaves exploration of them to dissipate into thin air. What’s left is a number of moody, atmospheric moments that often feel disconnected from each other. But they also strangely work thanks to the beautifully artistic cinematography and the unique eeriness that pervades the movie. Since every encounter feels a bit off – from the iconic close-ups of eyes to the poor dubbing – The House by the Cemetery presents a good representation of Lovecraftian otherness, even if it might be unintentional.

While viewers might not get a good explanation of the meaning behind the film from the climax, it’s best to just take the movie as it is without attempting to understand the logic jumps. Taken at face value, The House by the Cemetery is an eerie, gory watch that is Fulci at both his best and worst.

Blue Underground released The House by the Cemetery on standard Blu-ray with a new 4k scan of the original camera negative back in January 2020, and at the time we said that it was the best the film had ever looked. Well, we can now say that this new 4K UHD release is the best the film has ever looked, because it takes the already gorgeous scan and heightens it that much more.

While viewers may not see as much of a noticeable jump in quality like Blue Underground’s The New York Ripper 4K UHD release, there are still nuances that videophiles will be able to pick out. Some of the more minute details that were lost to lack of depth in the previous Blu-ray are fully visible here, like street signs in backdrops. The topographical map on Lucy’s wall next to the painting of the house is easily distinguished. Clothing puckers are evident. And most importantly, exterior scenes are handled that much better with the heightened level of detail and the Dolby Vision HDR, which makes the sky colors pop (in the past release, an area of dissent for some arguing against “teal push” foolishness). Darker scenes are also a bit less murky, though they weren’t handled poorly before. The House by the Cemetery doesn’t make as much use of color, but the management of contrast details shows the extent of the HDR technology.

The House by the Cemetery looks absolutely gorgeous in 4K UHD, there’s no doubt about it. However, if you just recently picked up Blue Underground’s standard Blu-ray release, it’s not totally necessary to immediately double-dip on this 4K UHD. Both are excellent releases in their own right, and the upgrades here, while excellent, are relatively minor.

Blue Underground has included a Dolby Atmos track as the primary source on this 4K UHD release. Unfortunately at this time I do not have the technology to take full use of this track. However, listening to the English 5.1 DTS-HD MA track, I can see that the Atmos would most likely enhance the louder moments during the film’s bombastic score – that’s primarily what the surround is being used for, as well as the pulsing bass beats. If you’re looking for the most organic experience, the 1.0 DTS-HD MA track and an Italian 1.0 DTS-HD MA track are quite good too. There is also a new audio commentary with Troy Howarth who gives a lot of detail about the film thanks to his knowledge of Fulci.

Blue Underground collects all of their previous bonus features, including deleted scenes and many interviews, and adds to them with a few new offerings too, the same as provided on the prior Blu-ray.  On the bonus disc, new interviews with co-writer Giorgio Mariuzzo and Stephen Thrower add even more behind-the-scenes info. Also included is a lengthy Q&A session with Catriona MacColl.

This release does not include the essay booklet or CD featured on the previous Blu-ray. However, it does come with embossed slipcover.

The House by the Cemetery looks amazing in 4K UHD, and Blue Underground has done an excellent job bringing new technology to a classic Fulci film. With that said, for those that don’t have the technology or who don’t want to double-dip, the upgrade is minor on top of an already excellent past Blu-ray release. 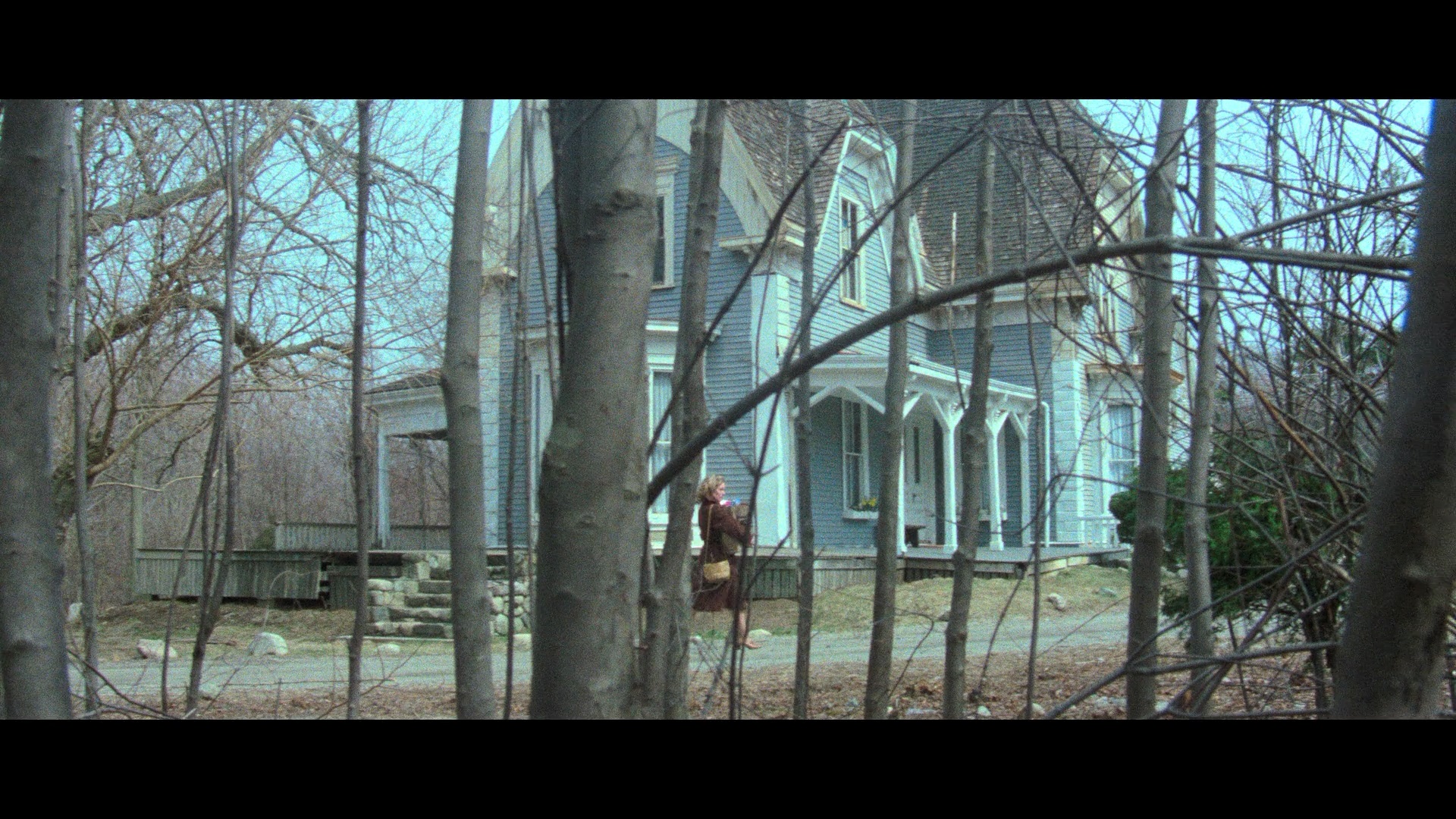 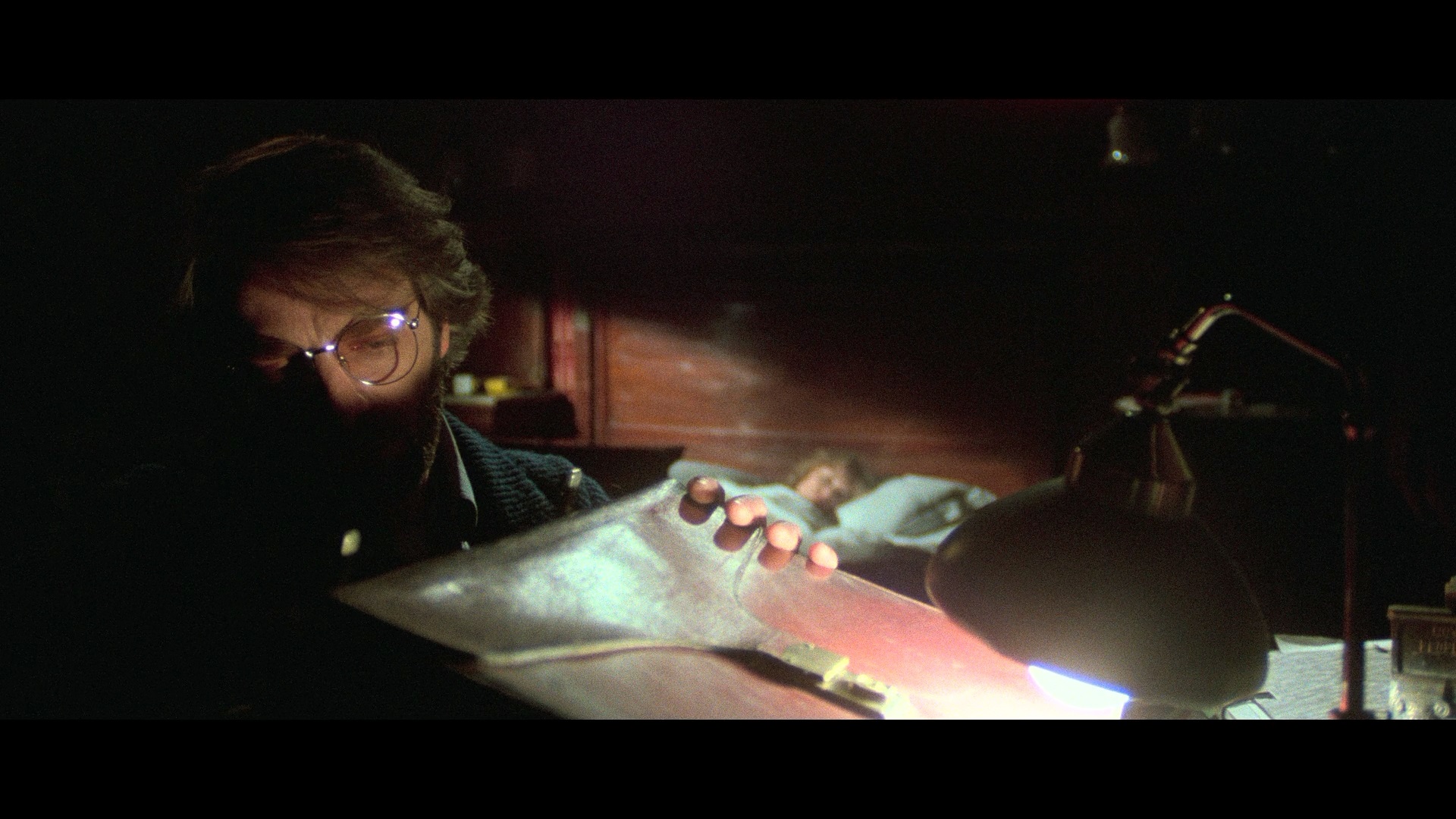 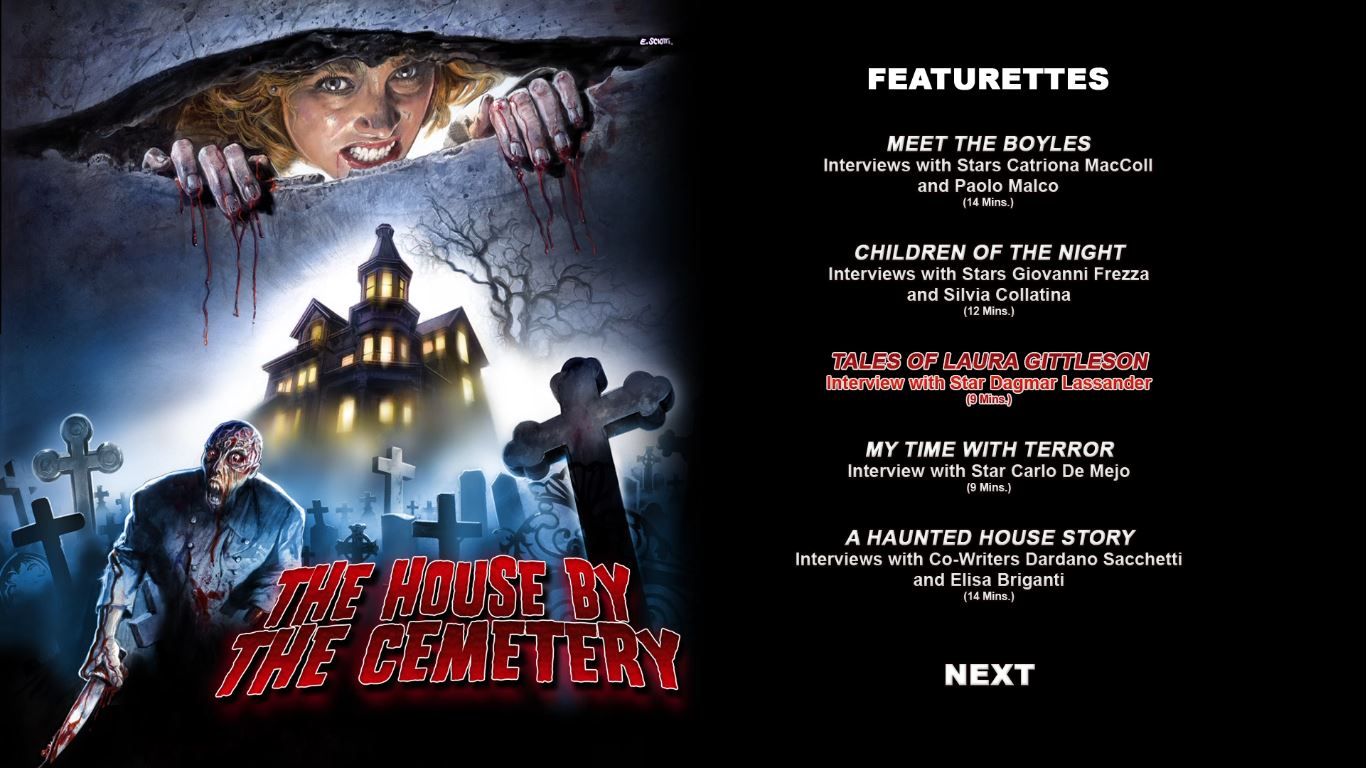