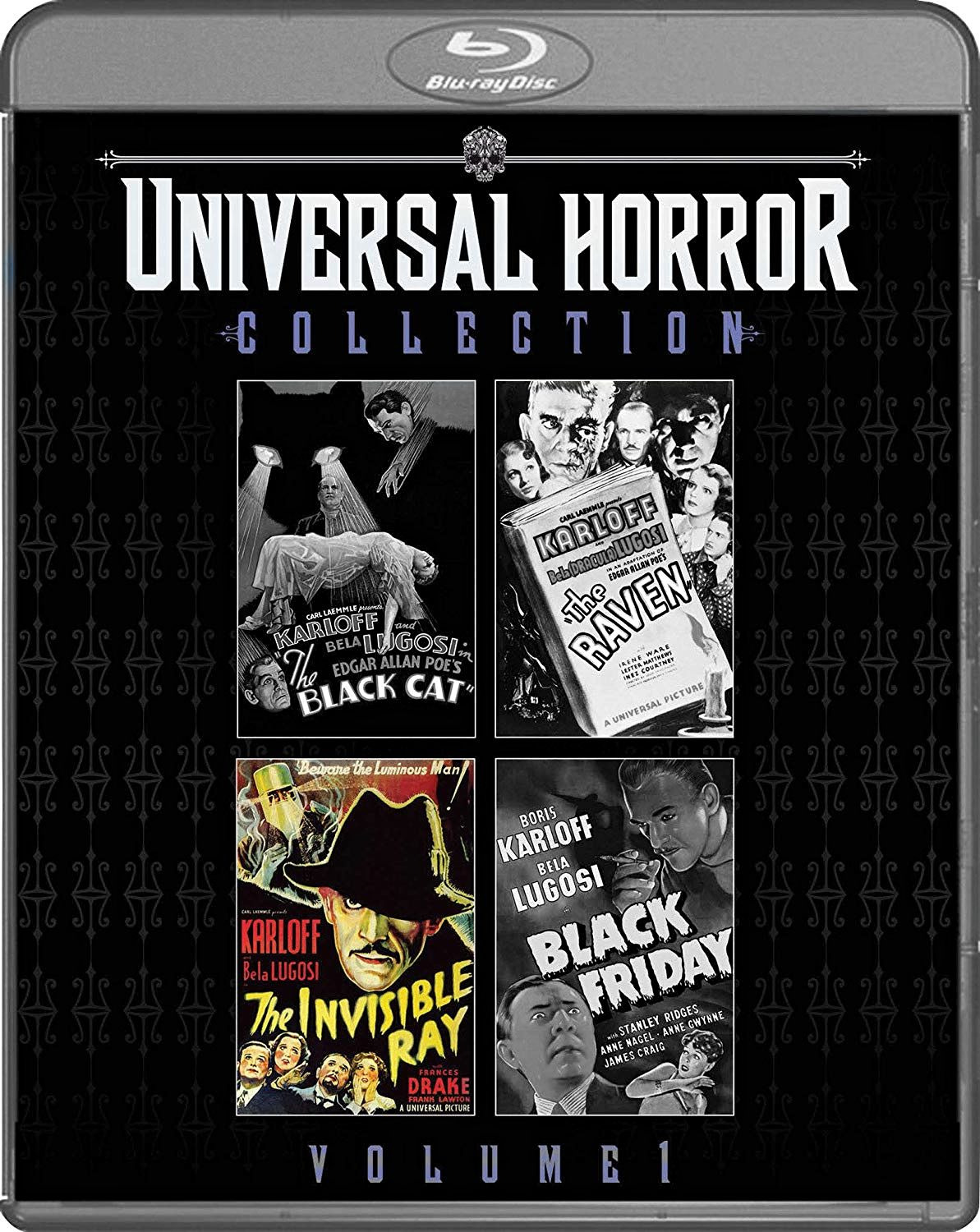 Lamber Hillyer’s 1936 film The Invisible Ray is a convoluted sci-fi thriller, featuring Boris Karloff as odd obsessive scientist Janos Rukh, who has designed a special device capable of intercepting the titular invisible ray beamed from the planet Andromeda that can transmit recordings of history. His peer Dr. Benet (Bela Lugosi) never believed Rukh’s claims, but after he sees the entire thing in action, he mounts a safari to Africa to find the remains of an asteroid that hurtled an as-yet undiscovered rare radioactive element into the earth. Rukh’s obsession with finding and harnessing this new element leads him to leave his wife Diane (Frances Drake) behind, and she begins to fall in love with Ronald Drake (Frank Lawton), and once Rukh has been irradiated with the special element and begins to emit a glow that can kill others, he seeks revenge.

The Invisible Ray is one of Universal’s more experimental films of the time, much less focused on the suspense and murders of previous Karloff/Lugosi flicks than the big-budget production values of a more high-brow cinematic experience. Thus, it’s one of the longest films of the period at just under 90 minutes, and as documented above, its ideas are extremely intricate for the period. Still, despite a pretty grandiose opening and a nice love story between the beautiful Drake and Lawton, the film is quite a slow burn as Benet and Rukh travel to Africa, setting off some slight racist vibes and a long exploration of Rukh’s mental compulsions. While the film has its occasional bursts of action – like Rukh’s final fatalistic murder spree – overall it goes on a bit too long without enough to show for it. Since it crams a lot of its scifi explanations into the beginning of the film, the rest borders on dramatic tedium, and Karloff and Lugosi don’t even share too much screentime.

While certain viewers will enjoy The Invisible Ray, it’s not one of the better films in the series and it definitely registered at Universal when the film released as well, since it lost money and caused Universal to rethink some of its horror output. Part of that is because The Invisible Ray isn’t really horror, and it’s a bit too inflated for its own good. Still, kudos to Hillyer and writer John Colton for bringing this intricate storyline to screen.

The Invisible Ray gets a new 2k scan of the original film elements, and it’s all around very similar in quality to the previous disc’s The Raven. Contrast is handled well and depth is good, with evident grain that does not obstruct. The source on this one seems a bit cleaner than the two previous pictures and there really isn’t much debris. All told, another good disc for the Universal Horror Collection Volume 1.

Audio is again a DTS-HD MA mono track and sounds quite crisp and clean. No audio fluctuations this time around except for some occasional crackling and pops. English subtitles are also included.

Extras include one new audio commentary from Tom Weaver and Randall Larson, a good listen that dives into the film itself and some of its context. The third part of the “A Good Game” featurette runs about 15 minutes and dives into Lugosi’s medium-size role, fun on the set, and even gives some insight into how Frances Drake felt during the filming (loved both actors, and she commented on Karloff’s dreamy eyes). Also included is a theatrical trailer and still gallery.

The Invisible Ray is a fair film from both Karloff and Lugosi that runs a little long but also features an intriguing premise. Scream Factory has done a good job on the transfer and extras for this feature as well, making another fine addition to the collection.