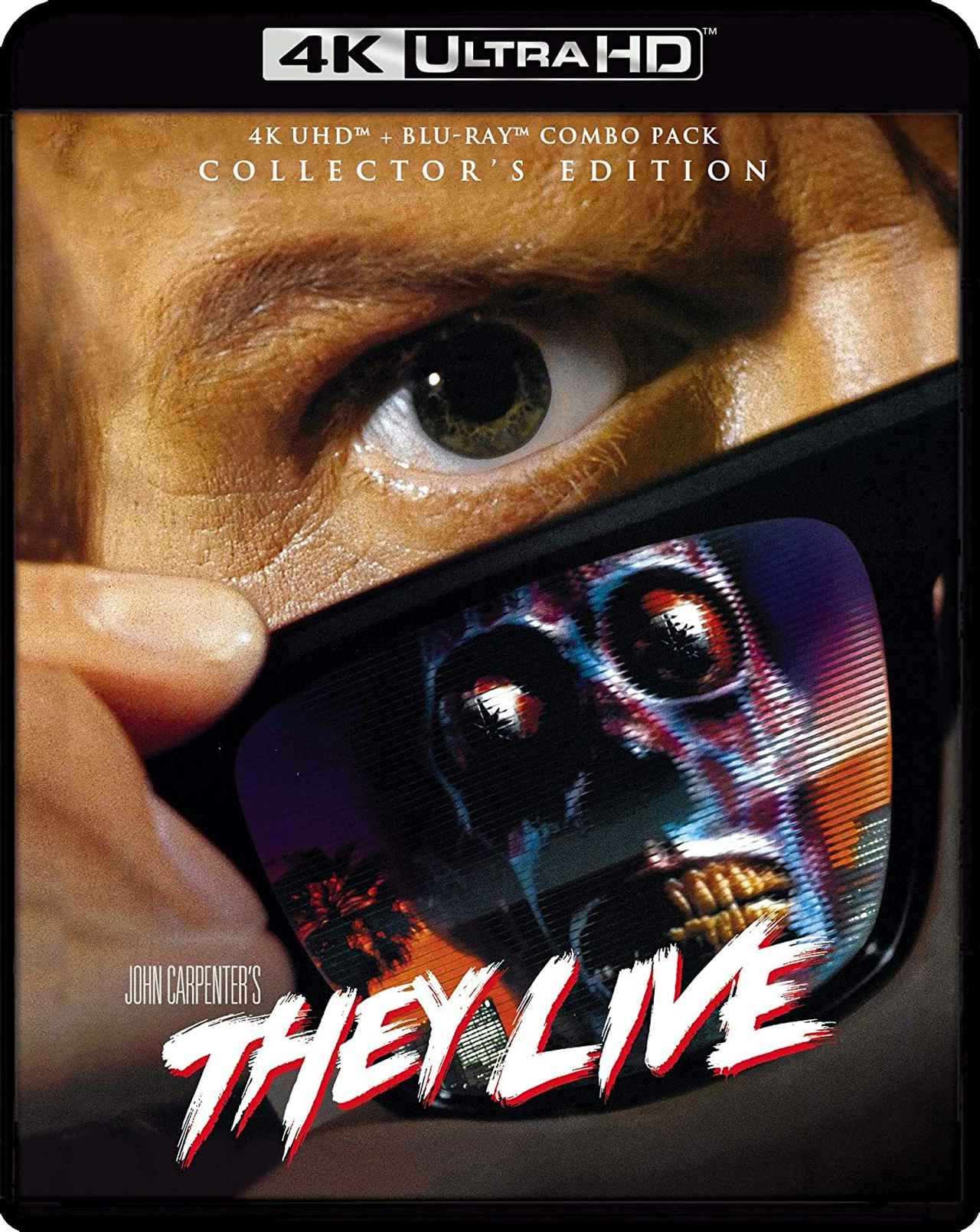 John Carpenter’s They Live is not a film that tries to hide its social commentary in subliminal messaging like its alien disruptors. It is, instead, a very in-your-face type of theme that ultimately asks the viewer to recognize the way government, the rich, and the fascistic try to corrupt individuals by making them think that their best interests are ones that inevitably hurt them. Does that sound familiar, like, right now?

The lasting impact of They Live, released in 1988 during the midst of Reaganomics, is part of its appeal, and that level of cultural resonance has never really dissipated. And Carpenter’s not-so-hidden messaging actually works because it shows that not all themes need to be subtextual; it’s okay to allow them room to breathe – to hit your audiences over the head with it, in some cases. In They Live‘s case, that’s entirely the point, since its alien overlords have quite literally polluted the airwaves to ensure that humankind cannot come to grips with their slavery lest they suffer some physical manifestations of illness.

Roddy Piper may not have the artistic gravitas of conventional acting, but here he manages the everyman character quite well; because of the working-man aesthetic of the film’s storyline, refinedness is not something that They Live truly needs from a protagonist. Carpenter gives him ample room to flex his muscles, figuratively and literally; there’s an extended fight sequence with co-star Keith David that feels a bit bloated but also perfectly aligned with the us vs. them mentality of the film – the working tactic that the slavedrivers employ is to make a scapegoat out of fellow peers, something that They Live continually comes back to.

Carpenter’s sci-fi yarn is not his best or most subversive work, but it is certainly one that has come to mean a lot to different generations of people. It continues to live on in memes and pop culture as a representation of the current geopolitical atmosphere, and unfortunately it seems more prescient than ever before. With this new 4K, contemporary viewers can hopefully find some solace in the film’s revolutionary elements and the martyrdom of Nada.

Scream Factory has gone back to the drawing board with a new 4K scan (no indication of the source) for this 4K UHD release of the film. Their previous HD release back in 2017 was reported to have some various issues including some blurriness, softness, and a noticeably grainless presentation. Here, Scream Factory has rectified all of these problems with an excellent new transfer that showcases the grittiness of the film’s cinematography and cityscape. There is a low-bodied grain scale that presents a nice filmic look, and the definition is outstanding – there’s a lot of moments for the film to shine, from the facial textures to the written signs peppered throughout the film. The new DolbyVision HDR showcases a wider range of color palettes, most notable in the dusky nighttime sequence early on in the film, which retains a more purplish hue than you’ll see on the Blu-ray. The film doesn’t have a lot of chances to take advantage of the HDR, but viewers will certainly notice it in play during the police flare sequences as well. Overall, the new 4K UHD is a huge step up from the past Blu-ray release; the included Blu-ray also features the new 4K scan, which holds its own against the UHD disc.

A new Dolby Atmos track is included on this release as well; currently, I am not able to take advantage of this element, but based on the DTS-HD MA 5.1’s satellite output it stands to reason that the 7.1 elements would enhance the surround sound in a large way. Also included is a DTS-HD MA 2.0 Stereo track that sounds as crisp and clear as the 5.1. English subtitles are also included.

Scream Factory’s UHD release of They Live is a vast improvement from the previous Blu-ray release, and those that are looking to upgrade video quality certainly can’t go wrong here. However, if you’re looking for new extras in order to get you to double-dip, that is sadly not the case here. Those who don’t already own the past Blu-ray will absolutely want to snatch this up without hesitation. 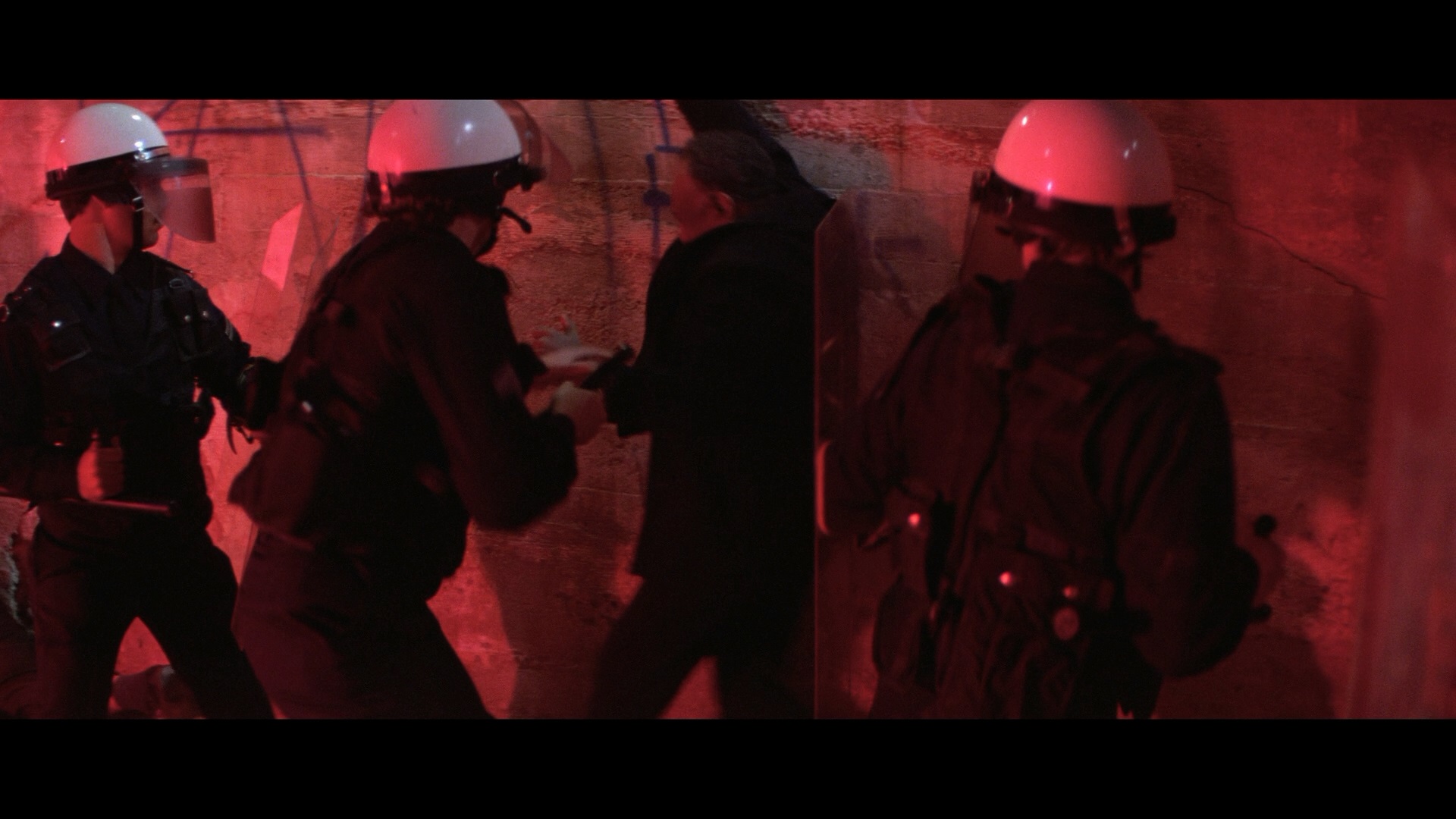 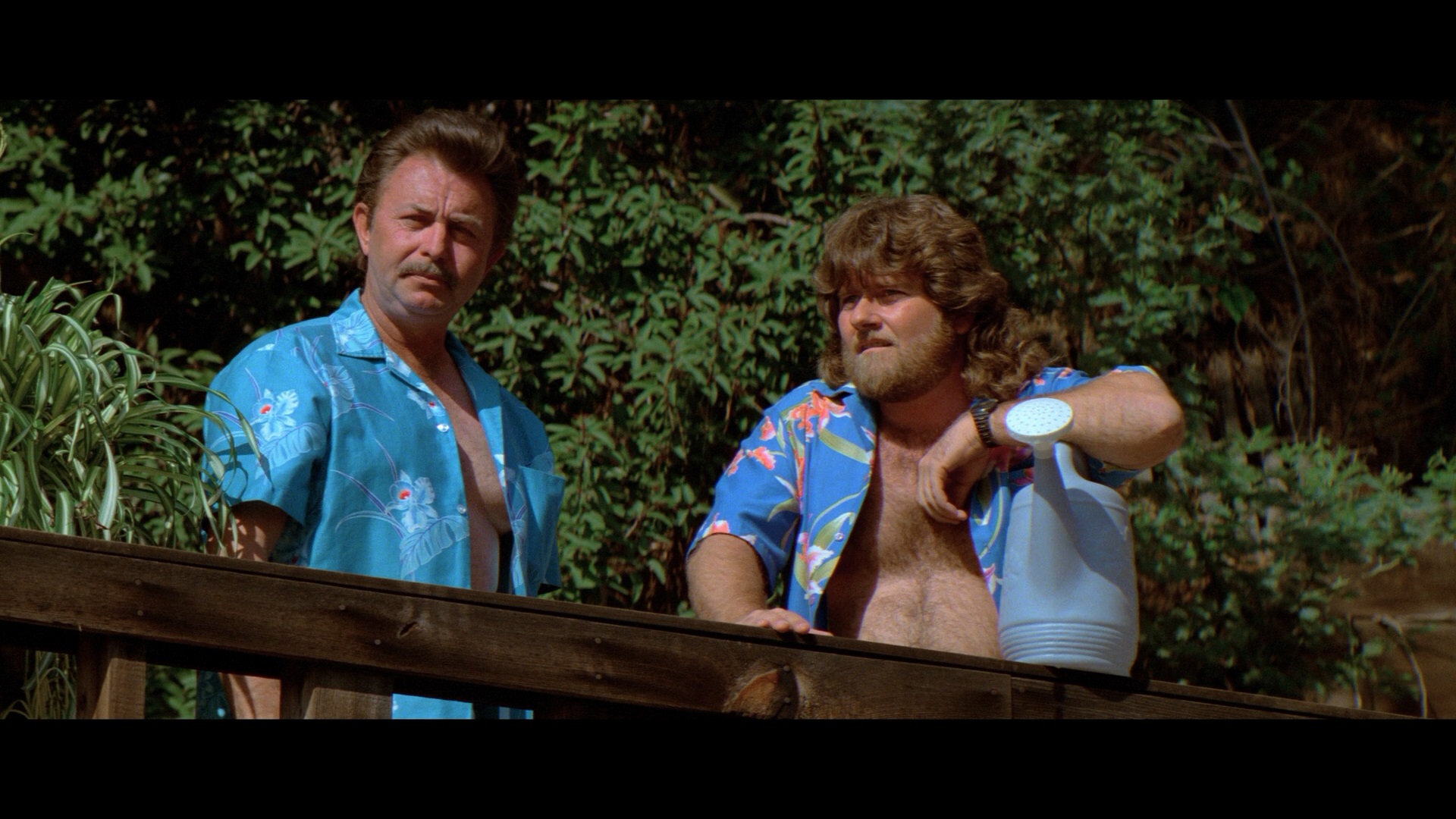 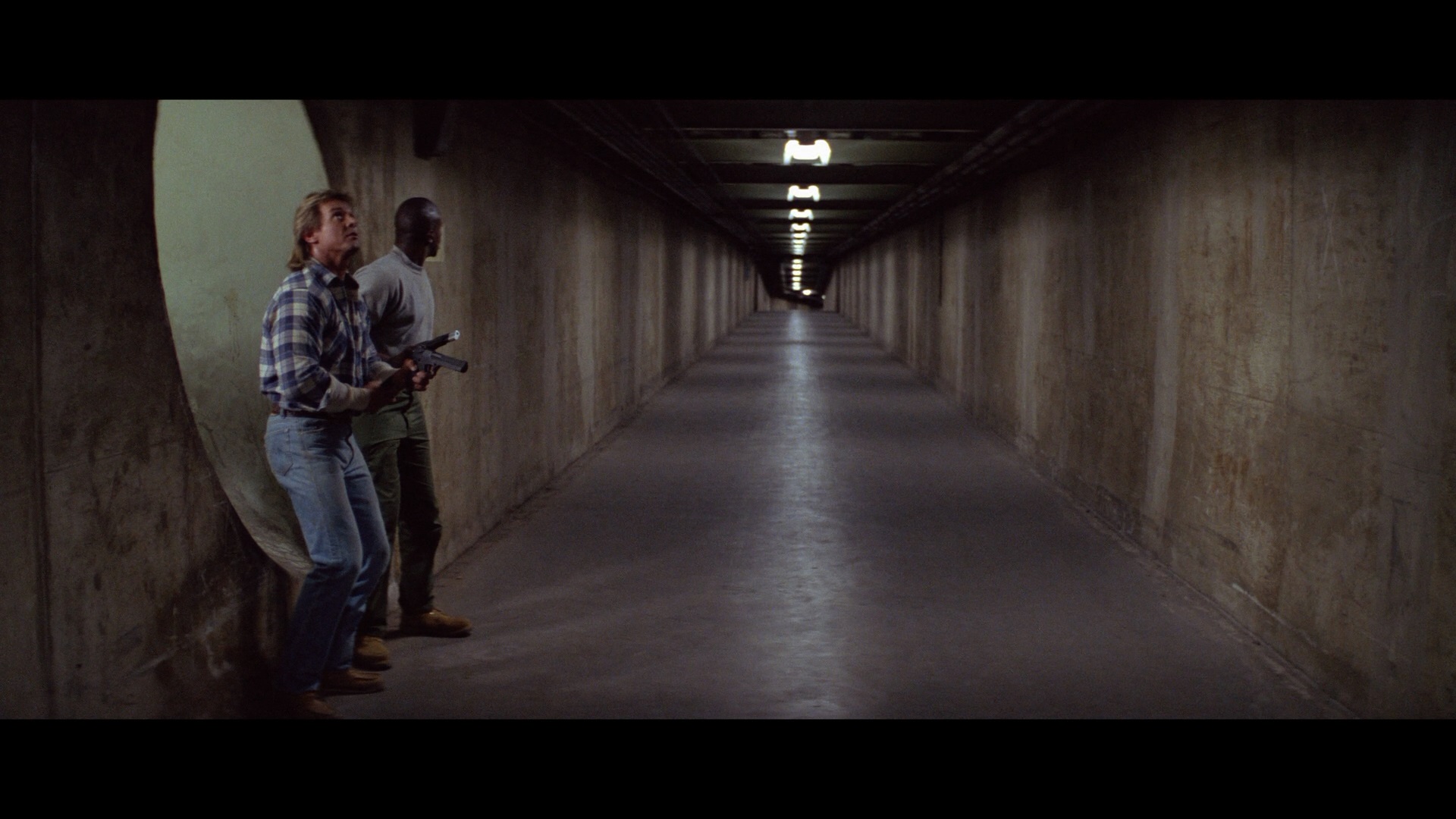 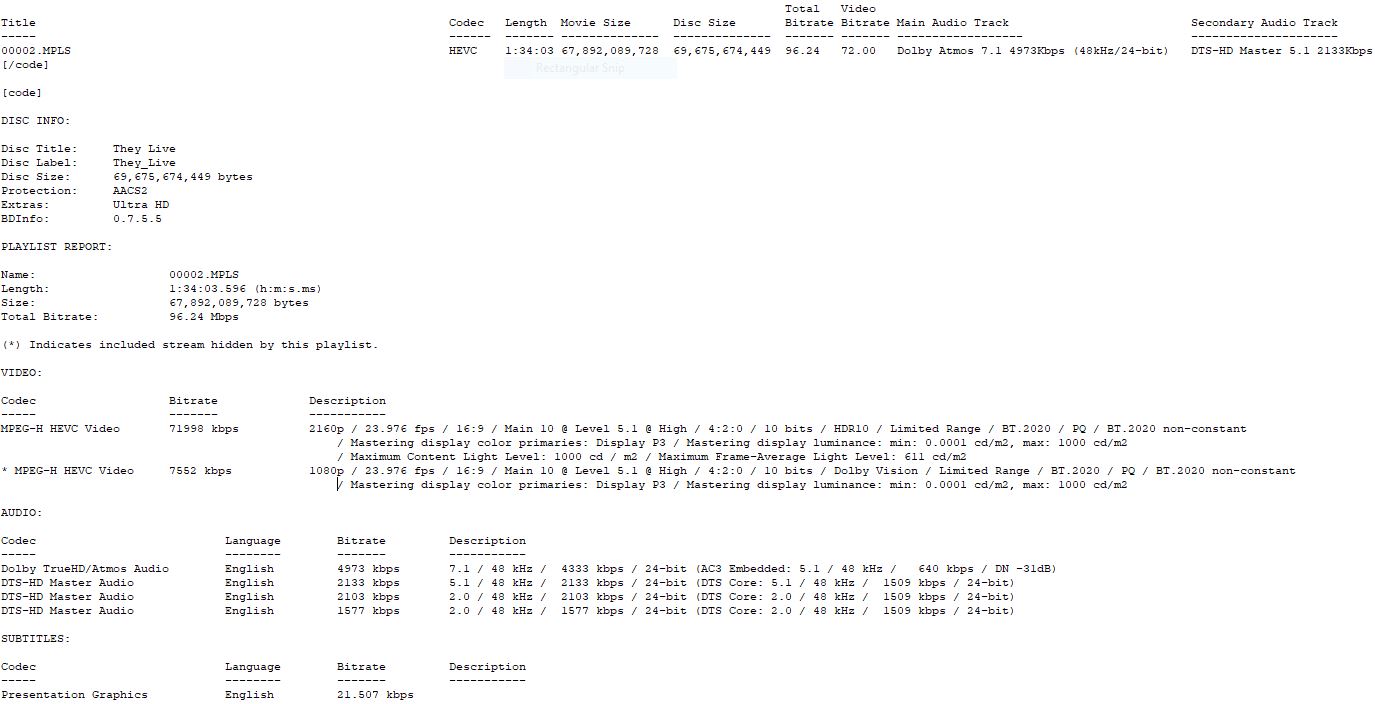 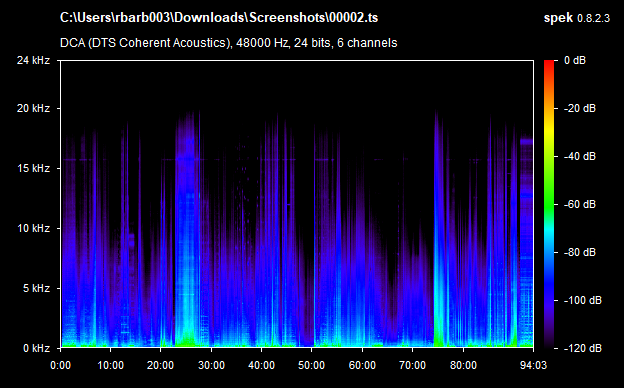 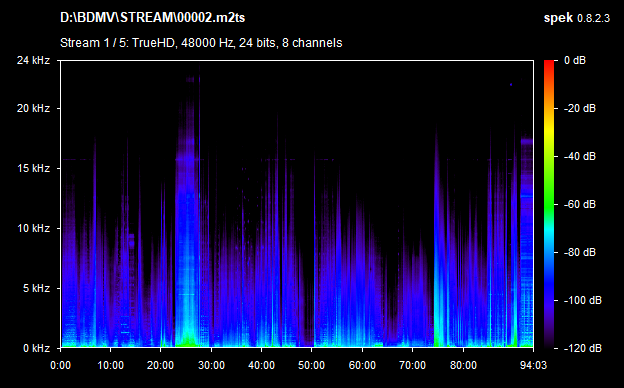 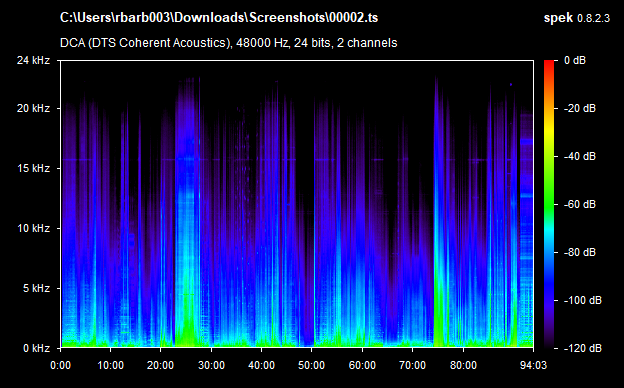 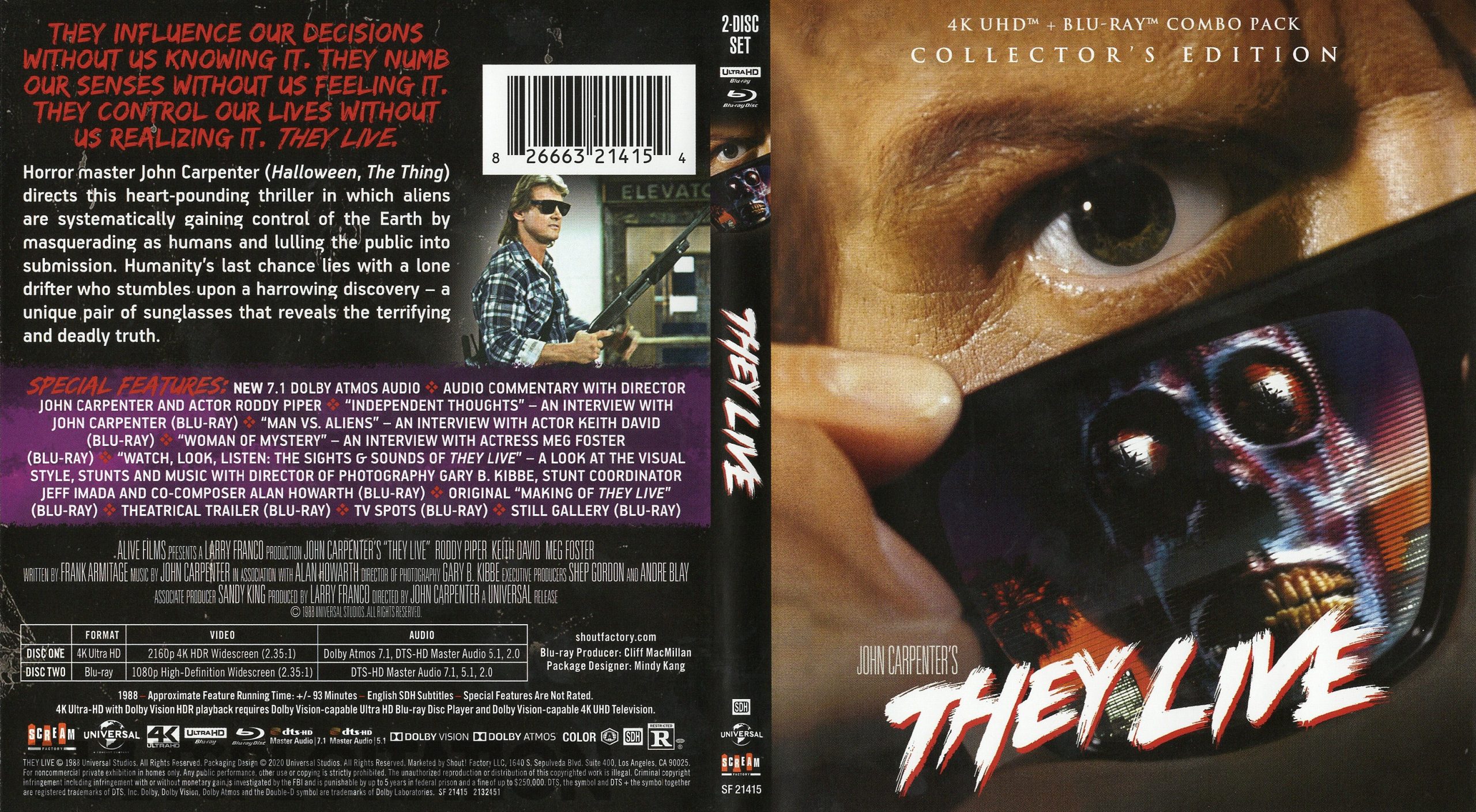 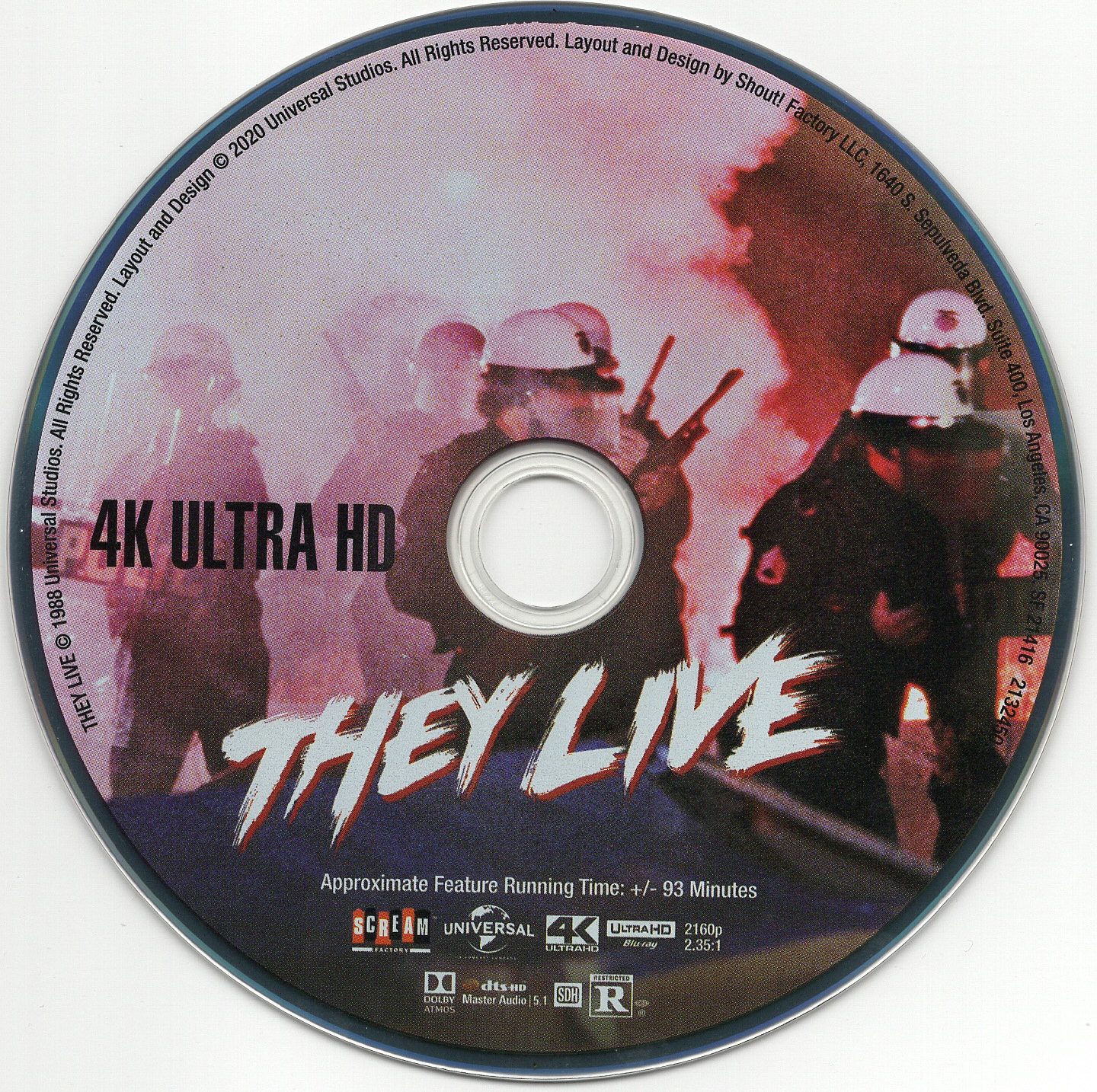 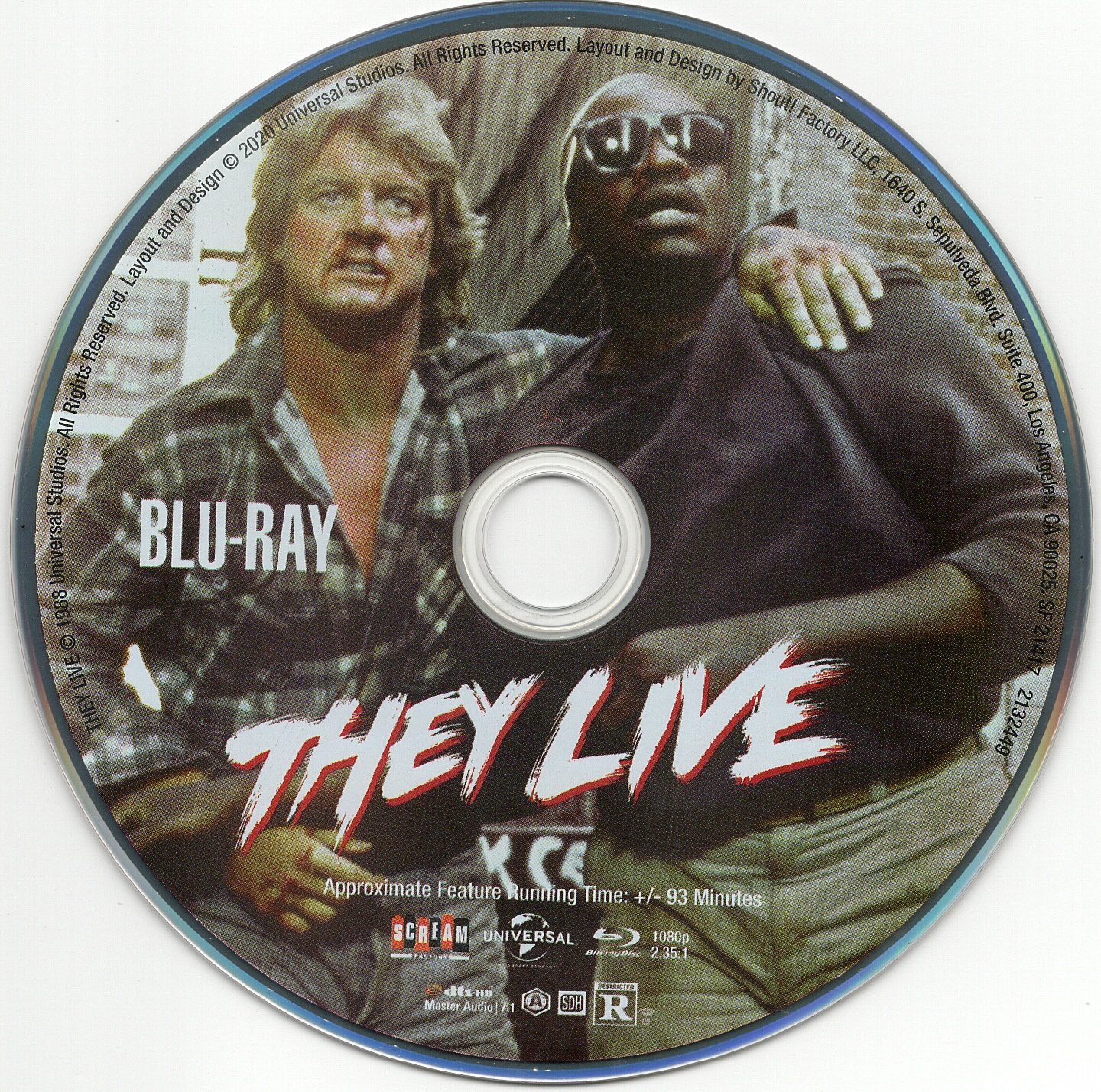