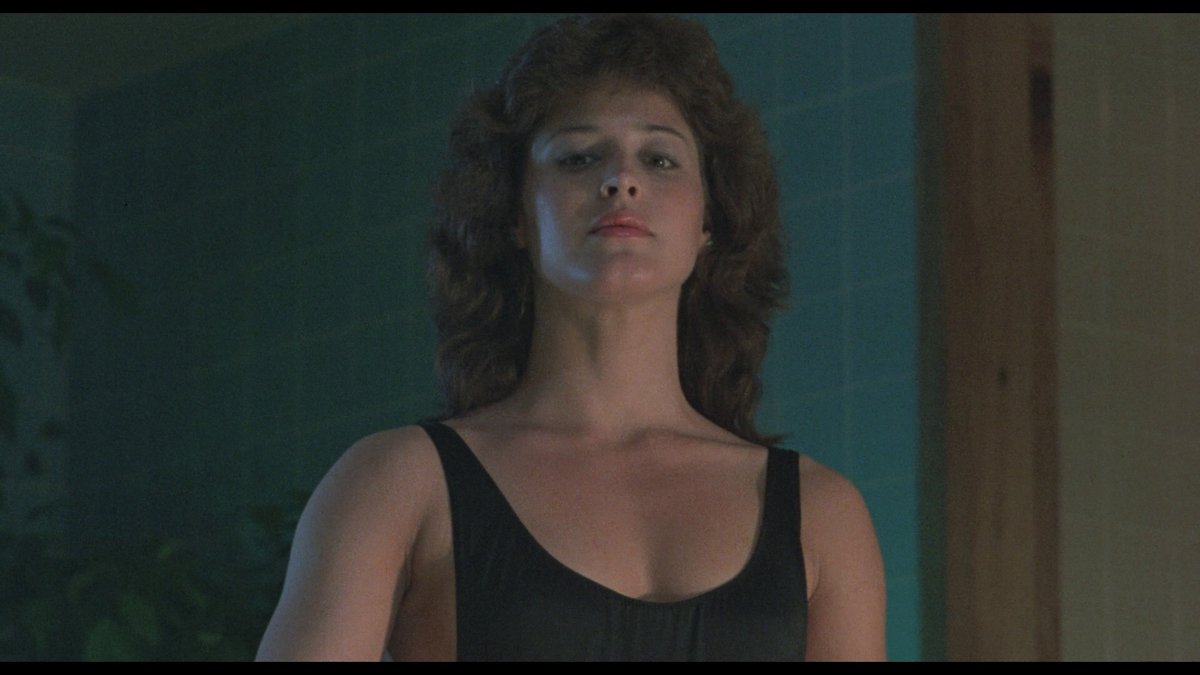 In honor of Scream Factory releasing a new and improved Blu-ray of Ninja III: The Domination (if you don’t believe me, check out Ryne’s review right here on Cultsploitation) I figured it would be fun to make a list of the main reasons why you should check out this wacky ninja flick from the rad 80s. Honestly, I could probably list way more reasons to check it out, but I figured I should narrow it down to 8 as most people can’t read for more than 2 minutes at a time (I assume that’s why our bounce rate is so high.) Without further ado let’s breakdance/ninja kick our way into this list…

The opening of Ninja III: The Domination is insane. A masked ninja sneaks on to a golf course, killing a couple of people, before being chased down by the cops. Before the ninja can be stopped, he kills dozens and dozens of hapless cops.

2. The Main Character’s obsessive need to dance, whenever, wherever.

Our main character, Christie, is played by Lucinda Dickey, who starred in Breakin’. What is odd, though, is that Ninja III was filmed before Breakin’, but released after. So that means the dancing was not something thrown in because of her other role, but written for this movie. Now that is messed up.

This entire scene makes one feel very uneasy. That’s all that needs to be said about that.

If it wasn’t enough that Christie was partially possessed by the ninja when they held hands, the ninja also needed to take possession of her arcade machine to finish the job. You know, writing it out still doesn’t make it make any more sense, but gosh darn it, what a scene!

What does one want when watching a ninja movie? Why, an Exorcist homage! This scene is bonkers, and I’m loving every second of it.

Supposedly this scene involved even more V8 juice, but was cut as audiences wouldn’t have been able to control themselves.

One assumes Christie does not mind the silky smooth, thick shoulder hair slowly sliding around her face.

That my friends are 8 solid reasons to check out the wackadoodle Ninja III: The Domination, and what better way than with Scream Factory’s gnarly Collector’s Edition Blu-ray release.