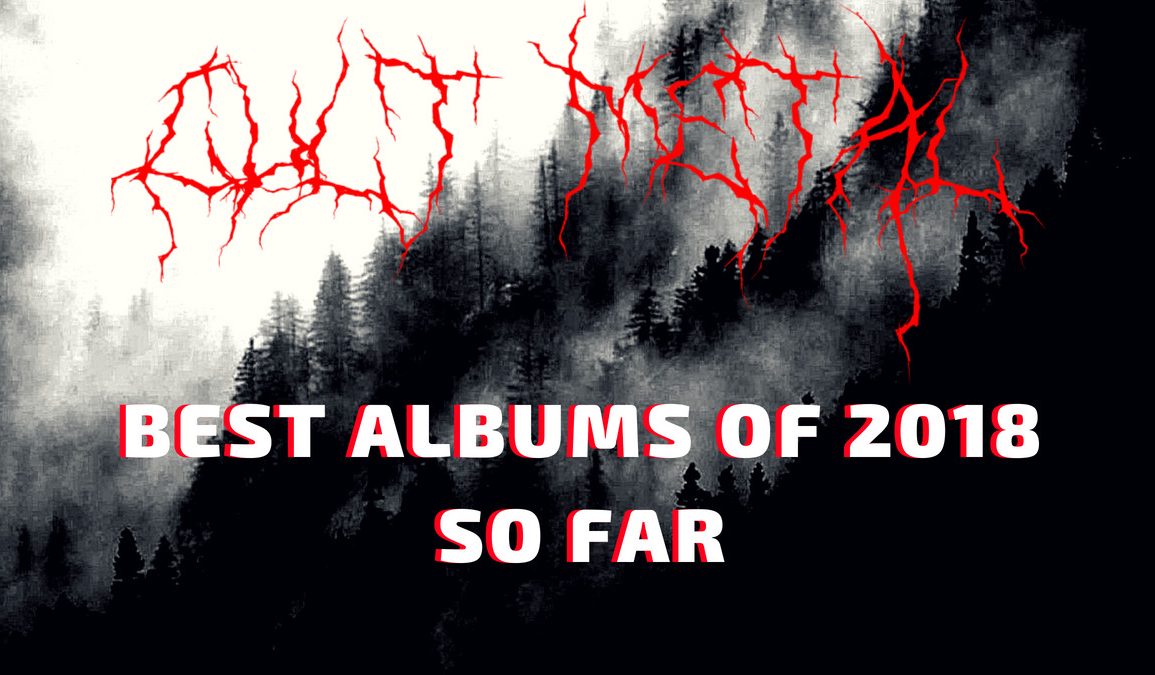 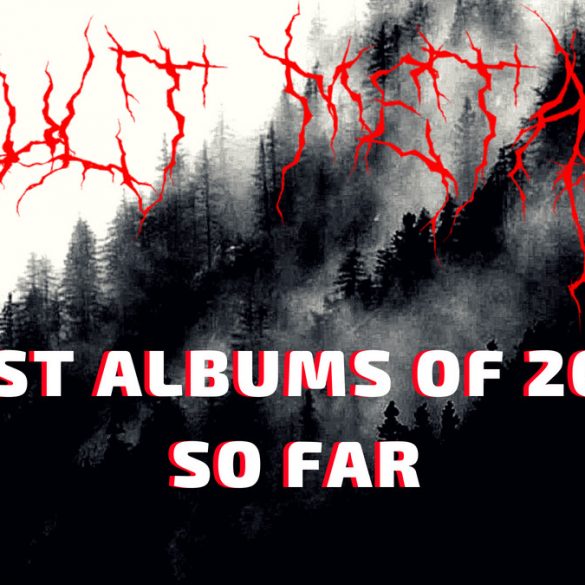 It’s been a pretty good year for metal thus far in 2018, and now that we’re just over the halfway point, it’s a good time to look back at all of those releases that really made their mark in the genre. I am pretty adamant about checking out new releases throughout the year, sometimes at the expense of revisiting some really awesome stuff; it’s just my nature to flock to the new rather than revisit the familiar, and I often need something like this list to make me go back and acknowledge some of the best things I’ve listened to. So I’ve perused my listening habits, revisited some albums from earlier in the year, and come up with the ten best albums (that I’ve heard) so far in 2018. Naturally, these are all over the place in terms of subgenre, so I’ve decided not to put them in any sort of ranking order. You’ll also notice that certain subgenres like power metal, stoner rock, etc. are not included on this list: that’s all based on preference, and I’m just not a fan of that type of metal so they won’t be featured on my lists.

Skeletal Remains’ Devouring Mortality is one album that has really stuck with me. In terms of old school Death-style worship, Skeletal Remains really hit all of the marks: their songs are catchy yet visceral, technical but still relatively simplistic, and less an aping of Death than an ode to them. We’ve seen a lot of trends toward this type of death metal (Cist, Gruesome this year) but Skeletal Remains are the ones that seem to capture the spirit while doing their own thing. Devouring Mortality has definitely been on repeat for me.

Mournful Congregation – The Incubus of Karma

Funeral doom is definitely not for everyone, and even when people do enjoy it, there are specific caveats when listening to it. You have to be in the mood, you have to have the time to get through long-ass songs. Mournful Congregation’s The Incubus of Karma is no different, but their particular offering of funeral doom on The Incubus of Karma is compelling. It’s bleak, emotionally hefty, and heavy as hell, with enough melodic elements to cue up that depression one feels when listening to these dirges. You best have some free time, though, because most of these songs range from 16-20 minutes in length, and the whole album runs well over 60 minutes.

Frontierer’s Orange Mathematics was my favorite discovery last year, so when I found out that that band’s main member Pedram Valiani had a new album coming out this year as Sectioned, I was super excited. I’ll be honest – I actually like Annihilated even more than Orange Mathematics. It’s my go-to running music at the gym because it is absolutely fucking destructive: technically advanced, full of piercing feedback, and ripping as all hell. If you’re in the mood to smash things, Annihilated is the soundtrack for you.

WRONG are technically classified as noise rock, but Feel Great is less noisy than it is raucous, punky, and full of pure energy. The delivery here is rhythmic and catchy, but the abrasive vocals and rough riffs reign supreme; you might not actually “feel” great after listening to this album, but the melodies stay with you long after the short album has ended. Of note: the incredibly hooky “Upgrade.”

Ilsa’s brand of sludge/doom fits right in my wheelhouse: it’s crushing and ambiently sinister, adhering to the Primitive Man way of making the listener feel minuscule and insignificant. Corpse Fortress is less depressing than it is misanthropic, and listeners will most likely end this lengthy album seething with rage – for no reason other than Ilsa made them feel that way. And it helps that the band share their name with nazisploitation flick Ilsa, She-Wolf of the SS.

Props to bands for summarizing their albums via record titles: Nightmarer’s Cacophony of Terror quite literally is a cacophony of heaviness, a destructive blast of death metal, hardcore, and sludge worship that makes for a fast-paced, brutal listen. This is the year of the “-er” bands too, because coming in right after Nightmarer’s album is

Conjurer’s debut Mire is a blackened blend of death and doom that is both roaring and atmospheric, succinctly summed up in 7 tracks that doesn’t overstay its welcome. And at my age, I’m looking for brevity, not something ridiculous overlong like the new Altar of Perversion album Intra Naos, a 2-hour black metal affair. Mire is quick, chaotic, and masterful, and I can’t wait to see more from these guys.

Marduk’s Viktoria could just as easily have made this list, but I had to give it to Funeral Mist’s Hekatomb specifically because of how intense and frenetic this album gets. Now I’m not the biggest fan of traditional black metal, but Hekatomb is completely unstoppable: it has the enduring speed and stamina of good black metal, with the stylized howlings of the insane. This is some blistering BM, and despite a couple missteps, Hekatomb might just be one of my favorites of the year.

I was not one of those people who got in on the Tomb Mold love early with Primordial Malignity, so I didn’t have those expectations at play when listening to Manor of Infinite Forms. But this is a very good cavernous death metal album, full of guttural, near-incomprehensible vocals, buzzsaw guitar riffs, and super heavy breakdown areas. While I do think that Tomb Mold are doing this brand of death metal best right now, Manor of Infinite Forms isn’t a perfect album and there are some serious contenders to overtake this release in future. Others in this vein include Of Feather and Bone, Our Place of Worship is Silence, and Chthe’ilist, all of whom have released good albums this year too.

I’m not a huge stoner and I’ve never been a big Sleep fan though I appreciate their work in the field, but The Sciences just really did it for me this go-round. It’s psychedelic and catchy but also full of memorable sing-along moments (gotta love that Riff Tree). Perhaps one of the reasons why I’m a bigger fan of this album is because it does tend to veer more towards Al Cisneros’ output in OM, which I find a bit more hypnotic thanks to its Tibetan stylization. Either way, The Sciences is a great work sure to get a new wave of stoners into the world of Sleep.

Stuff I Liked, Just Not Enough

Stuff That’s Good, But I Couldn’t Get Into

Did I miss anything? Let us know in the comments what you’ve been digging so far.