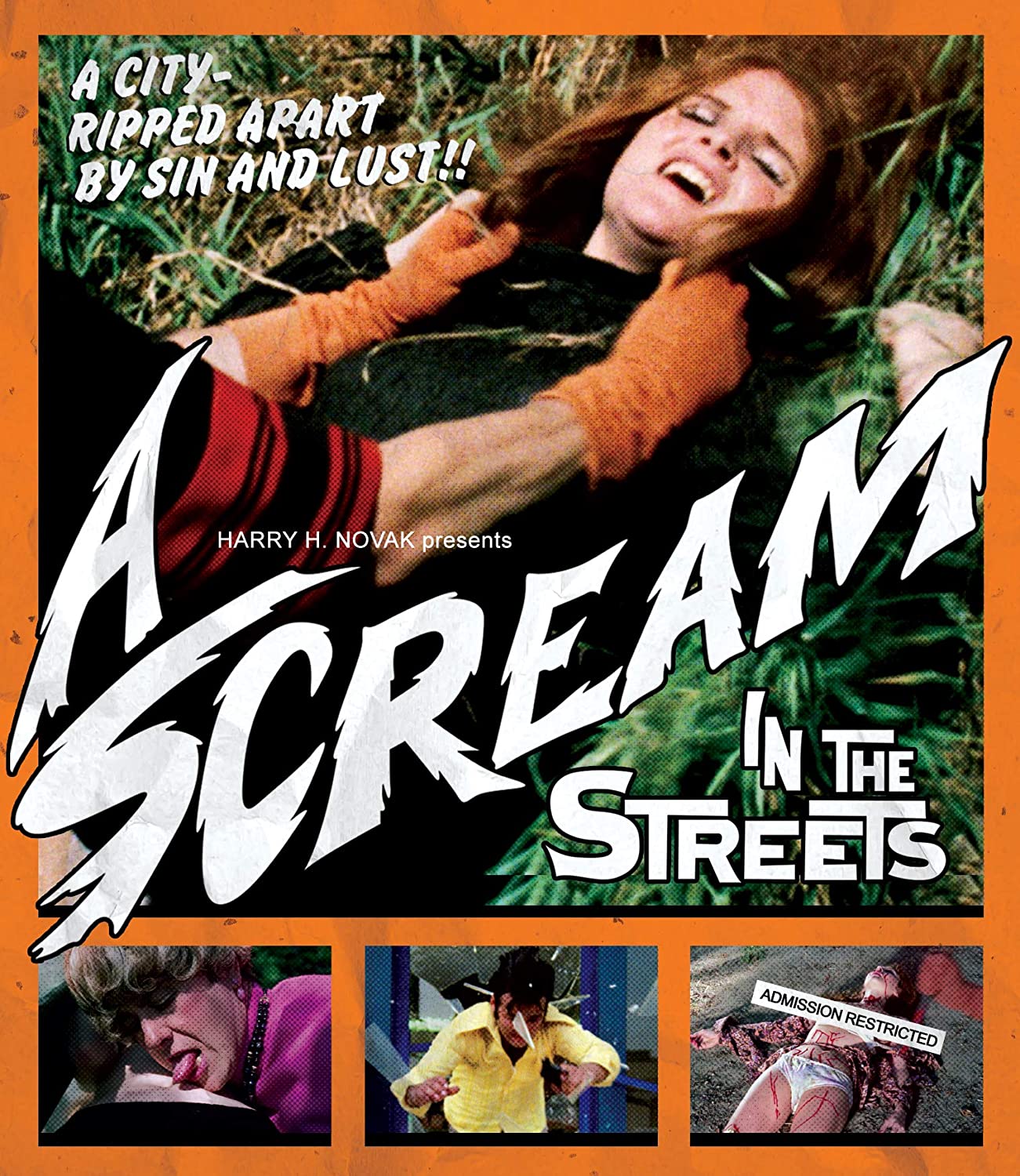 A Scream in the Streets Blu-ray Review (Severin Films)

The “plot” for A Scream in the Streets sees a couple of detectives driving around town waiting for calls to come in. These short scenes of them in the car are meant to take place over a few days, but it’s obvious that these scenes were shot in one day given the fact they are wearing the same clothes and the weather never changes. In between these scenes are extended sex scenes featuring more body hair than any person should have to witness. For these sex scenes to be connected to the police segments, the movie throws in a peeping tom who leers through a window while the fornication takes place.

If you’re saying to yourself “hot damn I love ’70s sex scenes,” then this movie has everything you want. Want to see a flaccid circumcised penis being mashed up against a very hairy vagina? Good, because you’ll get more than an eyeful of that. How about two lonely housewives putting on a show for a peeping tom? Craving some buttholes or dangling testicles? This film has it all!

A Scream in the Streets is quite something. The film is just a bunch of sex scenes slapped together with the sticky glue being some quick scenes of driving and random stabbings. I’m not sure who the audience was for this movie. It certainly wasn’t for my girlfriend who at one point said out loud “Jesus, I just saw her labia!” It wasn’t for me either as, man, those sex scenes are super long and poorly shot. There are only so many unfocused buttholes a person can take. Having said all that, though, I did laugh a lot for all the wrong reasons, and I am sure the people walking by looking into my living room enjoyed it just as much as we did.

Severin Films releases A Scream in the Streets on Blu-ray with the choice of two different aspect ratios: 1.85:1 and 1.33:1. I chose to watch the film in 1.85:1 as I checked on IMDb to see what it originally released in and it listed that aspect ratio and we all know IMDb never lies. Still, the option of 1.33:1 is there for people who want to see a bit more information on the top and bottom instead of the sides, which arguably would make more sense during the sex scenes. As for the video transfer, the results are about what you would expect for this type of movie. It’s grainy, with a bunch of film damage, but overall the quality is the best the film is going to look, probably looks even better than it did when it screened in seedy theatres back in the day. The only audio option is DTS-HD MA 2.0 Mono and besides the obvious use of ADR at times or the occasional odd audio hiccup like the random sounds of vehicles driving by mixed in with a character’s dialogue, I had no issues. The film is low budget and it sounds like it as well, but Severin provides an all-around solid restoration effort.

Although I wouldn’t make the same proclamation that Severin Films makes about the disc throbbing with special features, it is nice to see at least some features included. We have the aforementioned different aspect ratios, but we also get two short films taken from outtakes. Both are framed around the peeping tom hook, with the first featuring a man and a woman trying to make simulated sex look sexy. Who knew a floppy dick trying to be fellatioed would not be a massive turn on? The next short features, not one, not two, but three women(!) fondling each other and chowing on some pubic hair. Hot stuff! Last are a few trailers for the film, one featuring the film’s alternate title Girls in the Streets. It would have been nice to get a few features talking about the making of this film and how it came to be, but alas it was not meant to be.

A Scream in the Streets is certainly a movie that only a certain specific type of person would want to pick up. Who those people are I don’t know and I ain’t judging. If the flick looks like something up your poop chute, you can’t go wrong with Severin Films’ Blu-ray. 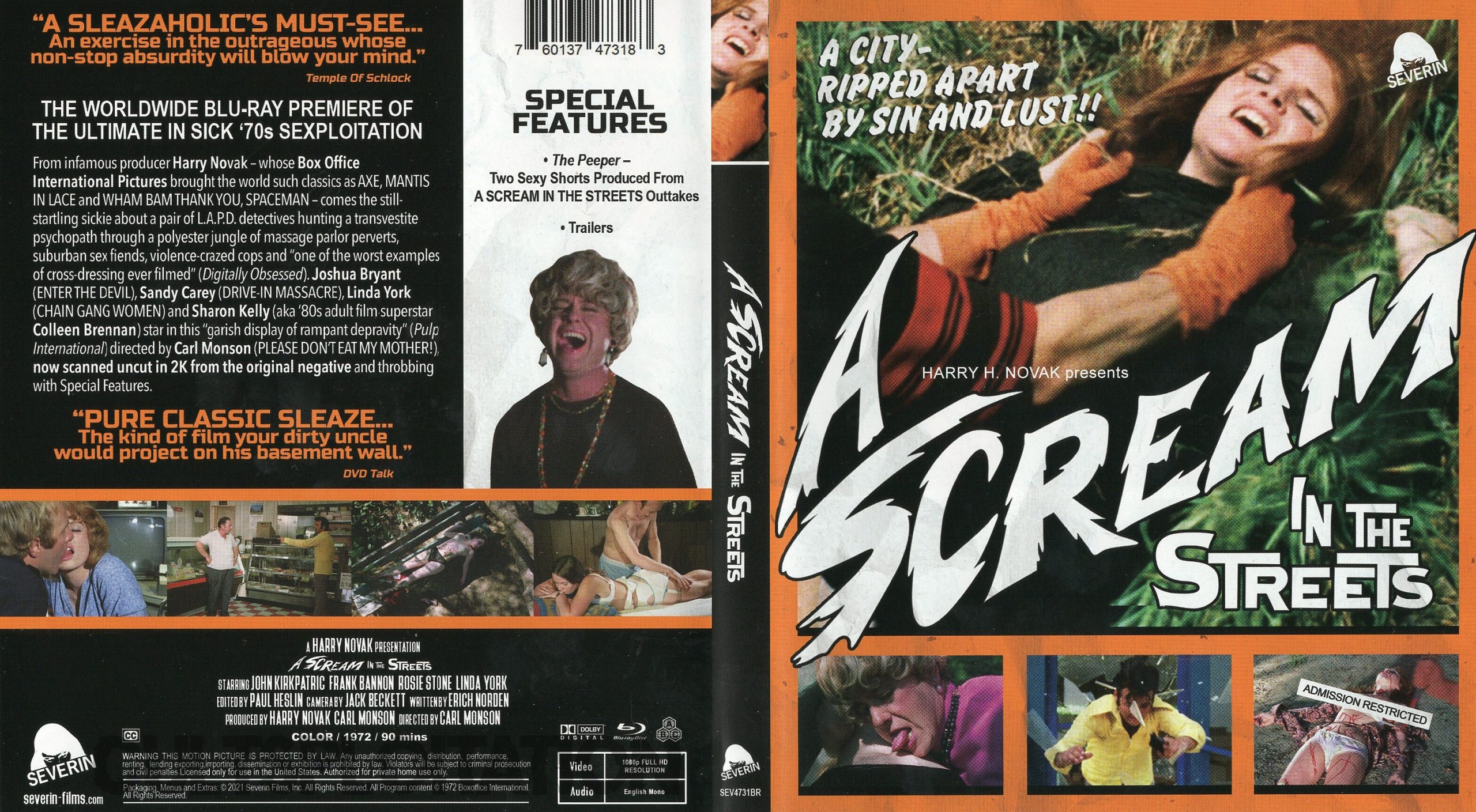 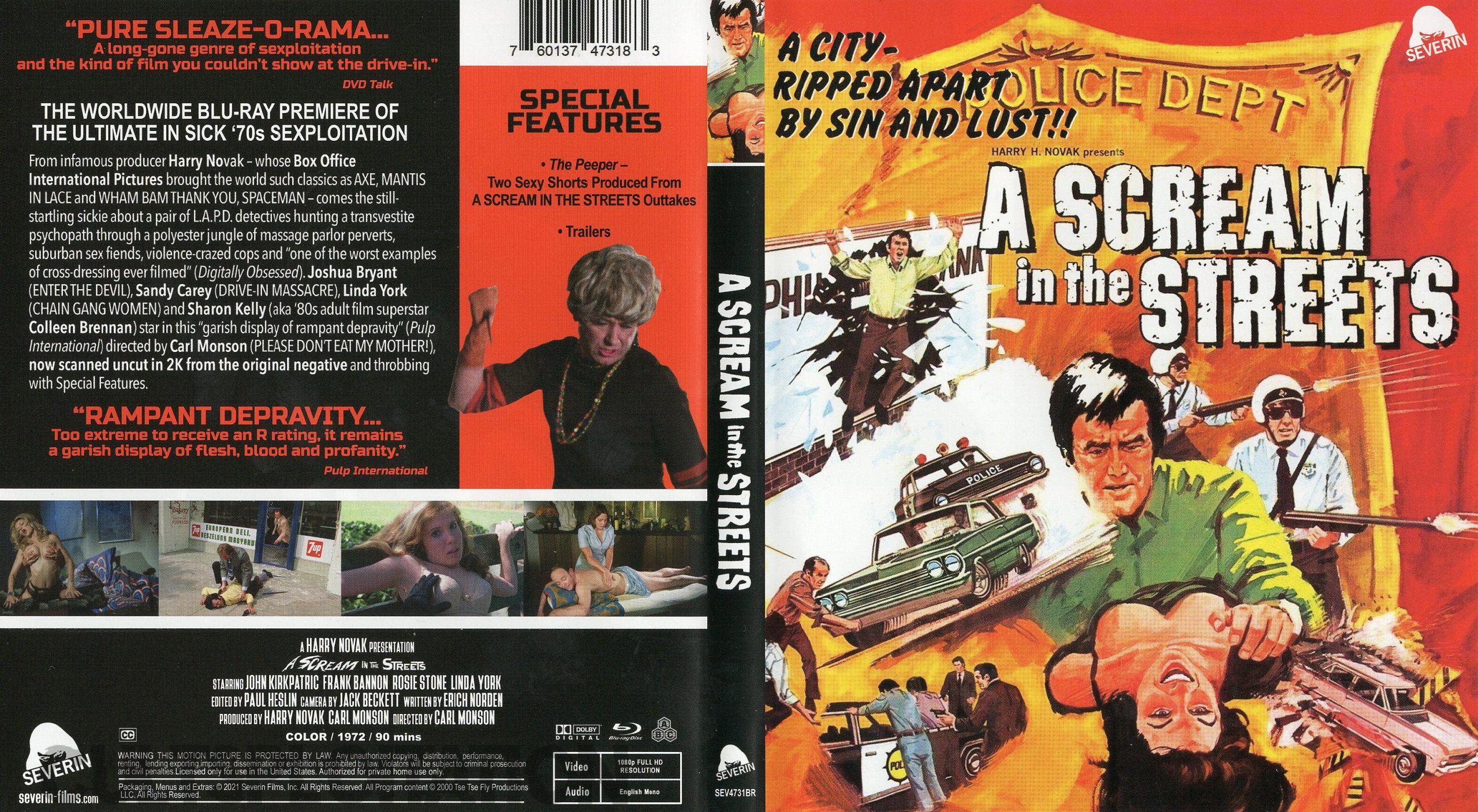 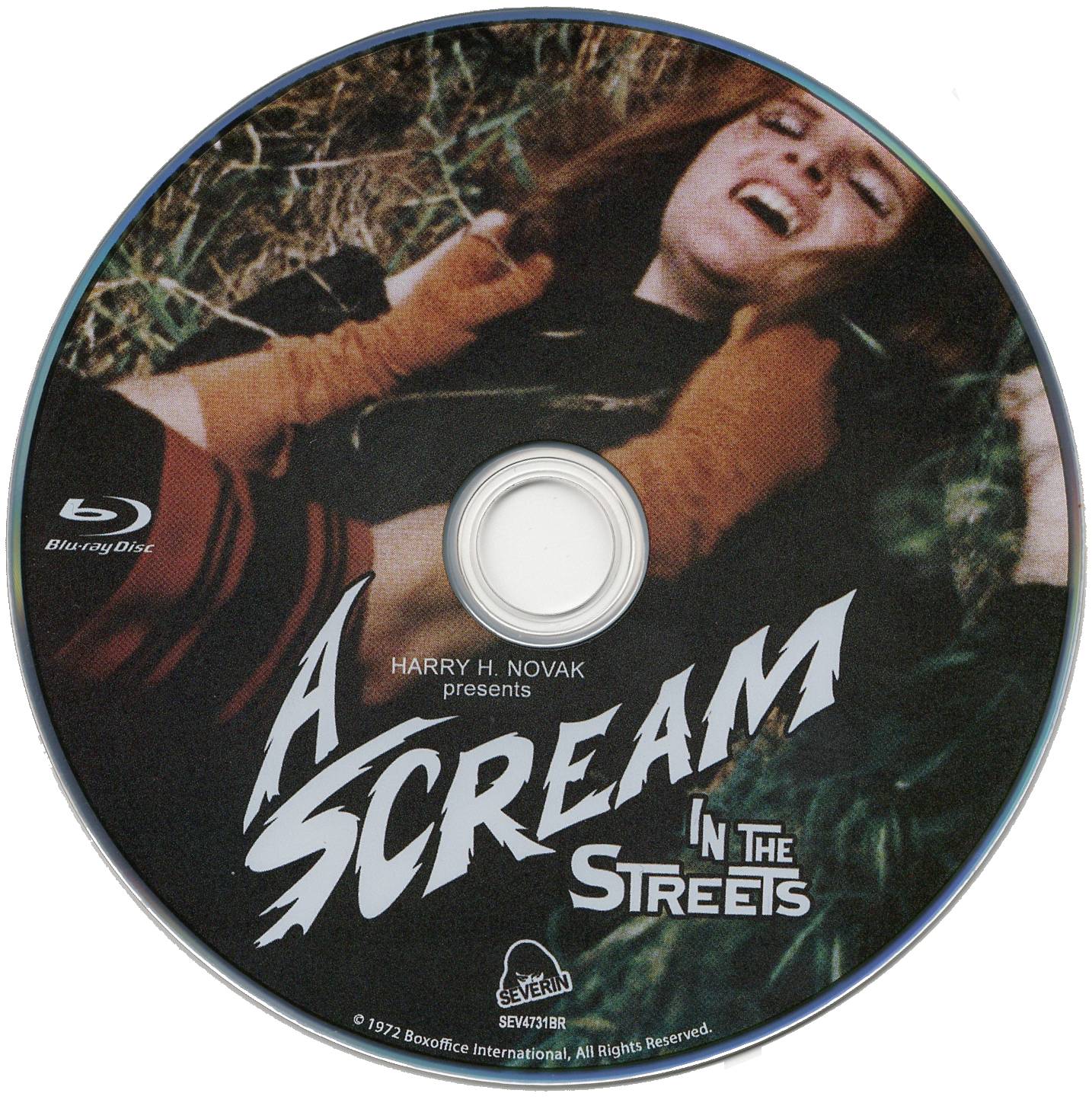