Spoilers for the season finale are included in this post. You’ve been warned.

The past ten weeks have been wonderful. In case you’re trying to calculate, that time includes Halloween, Thanksgiving (you’re in wine country now), and the lead-up to Christmas; but it also encompasses the full spread of Ash Vs. Evil Dead‘s first season, a ten-episode, 300-minute smorgasbord of some of the best Evil Dead moments set to film. I’ll admit, I was pretty unenthusiastic about this Starz event at first; when it was announced, it sounded like all of the other reboots and reimaginings that had, for the most part, uninterested me. But once I started watching Ash Vs. Evil Dead, I was hooked; Sam and Ivan Raimi’s return to Ashley Williams’ (Bruce Campbell) life story caught me, made me remember all of the fun times that I had with the original trilogy, especially when it presented homages to those scenes.

Last Saturday, January 2, Ash Vs. Evil Dead rang in the new year with a bang – more specifically, the apocalypse. While Ash has always been a target for the Deadites because of his possession of the Necronomicon, he’s never really had the fate of the world on his shoulders, or any real fear of losing people close to him. In the first Evil Dead, his girlfriend is murdered before he can really do anything about it. In Army of Darkness, saving the village is really only secondary to saving his own ass. But Ash Vs. Evil Dead has done an excellent job of creating two sidekicks (and not even really sidekicks – more like fellow ass-kickers) throughout this first season, giving Ash people he actually cares about. Both Pablo (Ray Santiago) and Kelly (Dana DeLorenzo) have become his friends during their escapades, people to protect who have filled the hole in Ash’s social life. And it clouds his judgment in a way he’s never dealt with before.

This new Ash hesitates before killing Deadites. He regrets having to put a chainsaw through Amanda Fisher (Jill Marie Jones) despite her obvious change from good-looking cop to snarly-faced evil. He falters during his chance to plunge a Kandarian dagger into the Dark One Ruby Knowby (Lucy Lawless) because he’s afraid that Pablo and Dana will be killed in the process. This is a different Ash, and if the last nine episodes had failed to build up this context, then “The Dark One” would probably have fallen flat on its face; the old Ash wouldn’t have done things this way.

But this season has gelled perfectly. The combination of stand-alone moments and serial episodes stands out, as do the subtle ways that Kelly and Pablo have worked their ways into the viewer’s heart. Their safety is surprisingly meaningful, and that’s despite Bruce Campbell’s scenery-chewing work and witty dialogue deliveries. When they’re put in danger, we want Ash to save them.

That puts a strain on the finale’s choices, though. Ruby, otherwise known as the Dark One that wrote the Necronomicon, offers Ash a decision to make – he can attempt to kill her and lose Kelly and Pablo in the process, or he can ensure their safety by handing over the book and taking the easy way out, allowing Ruby to corral the monsters as she sees fit while Ash, Pablo, and Kelly get a free pass to head to Jacksonville, Florida – Ash’s paradise.

The old Ash probably would have taken the chance at killing Ruby if he was going at it alone. But working with a team, with people he cares about, gave him no choice – he takes the easy way out, and in so doing, ensures the destruction of humanity and the safety of his friends. It seems, and is, anti-climactic; there’s no big showdown, no huge monster battle, just a shaking of hands and an agreement to leave each other alone. In a way, it feels like a disappointment to the viewer, who must accept that Ash has decided to be civil instead of taking out the Deadites that have plagued him for thirty years.

But that disappointment is intentional. The audience is supposed to feel upset at Ash, and also sort of relieved that Kelly and Pablo make it out alive. Ash didn’t make the right choice, yet he feels like he did. It’s a sad moment, one where the audience can see that his experiences with his new friends have clouded his judgment so much that he’d rather save them than the entire world. This is another moment where Ash screws up – not only did he accidentally call forth the Deadite evil by stupidly reading from the Necronomicon, he also fails to stop it before it affects the whole world.

It fits with Ash’s character because he’s made dumb decisions before, especially because his hubris blocks him from realizing the severity of that choice. But more importantly, it summarizes the entirety of Ash Vs. Evil Dead, cementing why Ash was so reluctant to take Kelly and Pablo on as his apprentices.

And it also ensures a chaotic second season, one that really can be as open-ended as the Raimis would like it to be. With a team of characters as strong as this, there’s nothing stopping Ash Vs. Evil Dead moving forward. A wider setting and a larger arc seem to be in store, and if it is handled as well as this season, then a lot more boomstick action awaits viewers when the Evil Dead return. 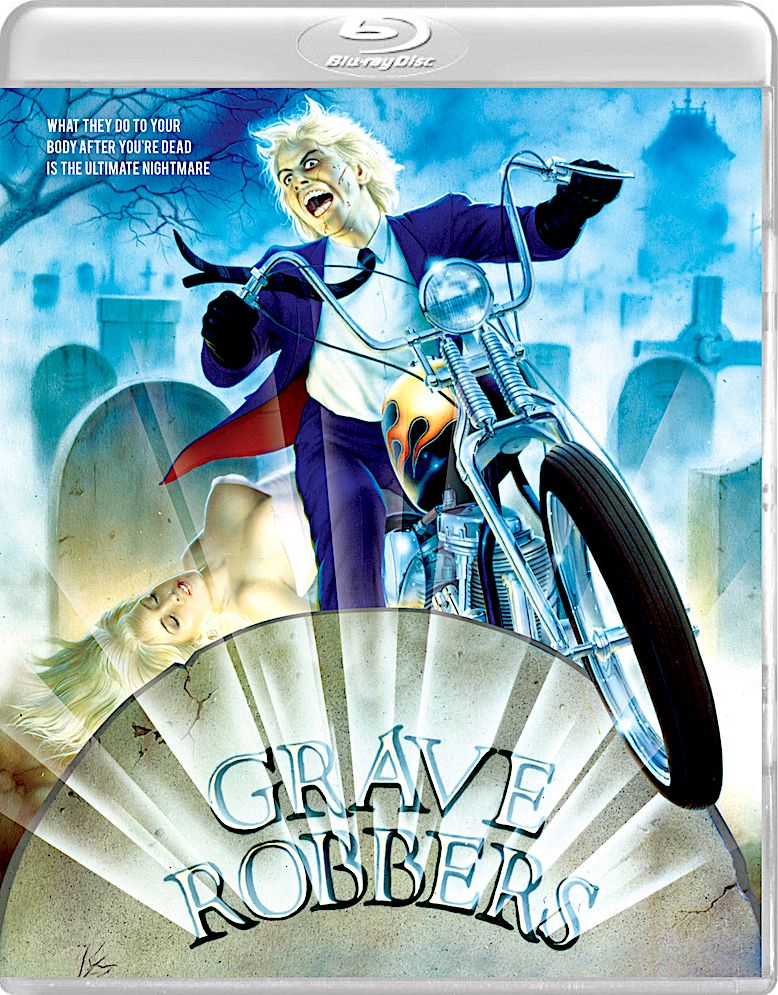