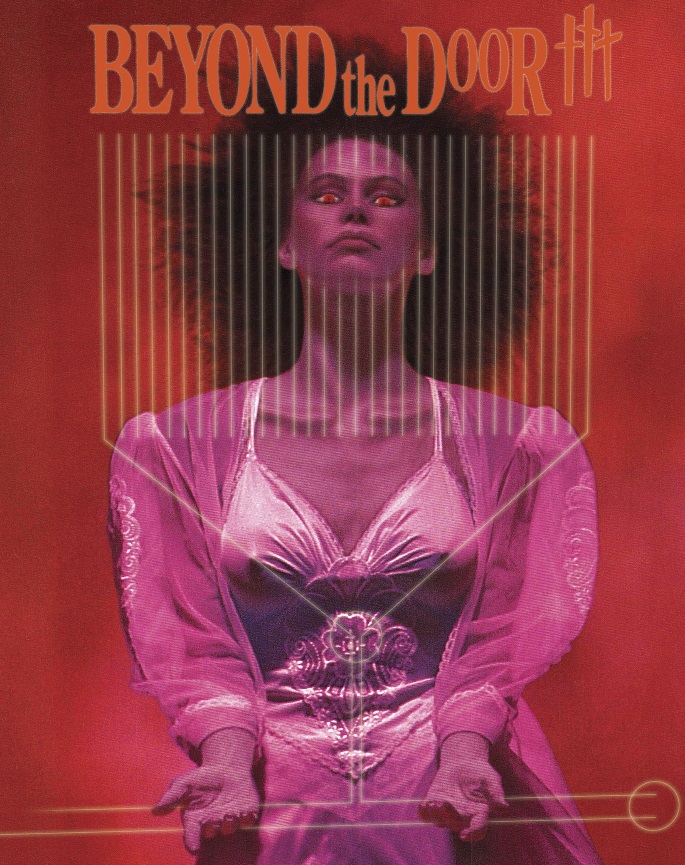 What was beyond doors 1 and 2? It doesn't matter!

Beyond the Door III was also known as Amok Train, which should probably tell you everything you need to know about the titling of this third installment in the Beyond the Door series – it’s arbitrary. Like the strange ordering of the House series, or the Zombie films, Beyond the Door III falls victim to the naming convention that is tacking on a sequel to unrelated films just because it helps sell the movie. However, that almost does this Jeff Kwitny film a disservice – it’s a strange, off-the-rails (get it?) story about a virgin woman marked for a sexual experience with a demon in 1980s Yugoslavia, and also a runaway train that factors into that somehow.

Kwitny’s film gets weird really fast; it starts out like a usual slasher, with a group of teens – including our virginal protagonist Beverly (Mary Kohnert) heading to Yugoslavia to do some scholarly learning. But right as the kids get off the boat, their professor (Bo Svenson) shifts tones from kindly tutor to somewhat pervy groomer. And from there, a number of over-the-top elements take place, including spontaneous hut combustion, cultists clicking rocks, and that aforementioned train ride that takes a hellish turn straight out of Speed.

Beyond the Door III‘s plot is just on the cusp of making sense. The script by Sheila Goldberg is always teetering on the brink of losing control, but eventually everything seems to snap into place. The train ride becomes a unique twist on the film’s supernatural slashings; not only do the kids have to contend with demonic entities killing them in mysterious “accidents,” they also have to deal with the real-world issue of their train continuing to barrel through stations or fiery explosions. There’s a subplot throughout where train officials attempt to safely derail the cars, and all of that seems at odds with the paranormal elements at work and yet it’s all is so ridiculous that it’s insanely enjoyable.

The best thing to do with Beyond the Door III is turn your brain off and just take in the entire spectacle. There are some great special effects here, especially a moment where a woman peels her face away; there are also some more suspect ones, but the inconsistency adds to the overall oddity of the film. And the conclusion just barely makes sense, a tale about virginity and young womanhood that seems to have some serious confusion about the female body (yet written by a woman!). When the film finishes in a cloud of train coal-dust, viewers will still be trying to process what they’ve seen, a film that literally runs amok and yet still remains an experience one must see.

Vinegar Syndrome has done a new 4k transfer of the original film negative for Beyond the Door III and it certainly shows. The quality of the video is, overall, excellent, with great detail, lush color timing, filmic grain, and no real issues with damage. Occasionally darker scenes lose some of their detail but this 4k transfer is surprisingly robust and cinephiles will enjoy the work put into restoring this delightfully devious movie.

Audio on this release is an English DTS-HD Master Audio 2.0 stereo track and it sounds quite good, with no muffling or drops. Vinegar Syndrome provides two options for subtitling – one that only translates the Serbian dialogue, and one for hard-of-hearing and deaf viewers with all dialogue and sound effects subtitled. Occasional errors aside, no problems with the audio aspect of this Blu.

Vinegar Syndrome has amassed a number of people to come back and talk about this film, including director Jeff Kwitny, who discusses making the film for nearly 40 minutes along with his prior filmmaking experience with Roger Corman. Also interviewed is actor Bo Svenson, who gives us a look at his film career and some of the monetary issues he had with producer Ovidio Assonitis. Finally, a new interview with Adolfo Bartoli is included which is cut a little differently, including question cards prior to his responses. In total, over an hour of new interviews on this release.

Beyond the Door III is one of the best runaway train supernatural movies I've seen - and probably the only one. Vinegar Syndrome has done an excellent job with this new 4k scan and has assembled a number of great new extras.
Film
Blu-ray
Reader Rating0 Votes
Good
Film is so crazy that it just works
New 4k transfer looks gorgeous
Bad
Minor quibbles, but no trailer
4.5
Hosting screenshots is expensive. If you want to see more galleries, consider donating!