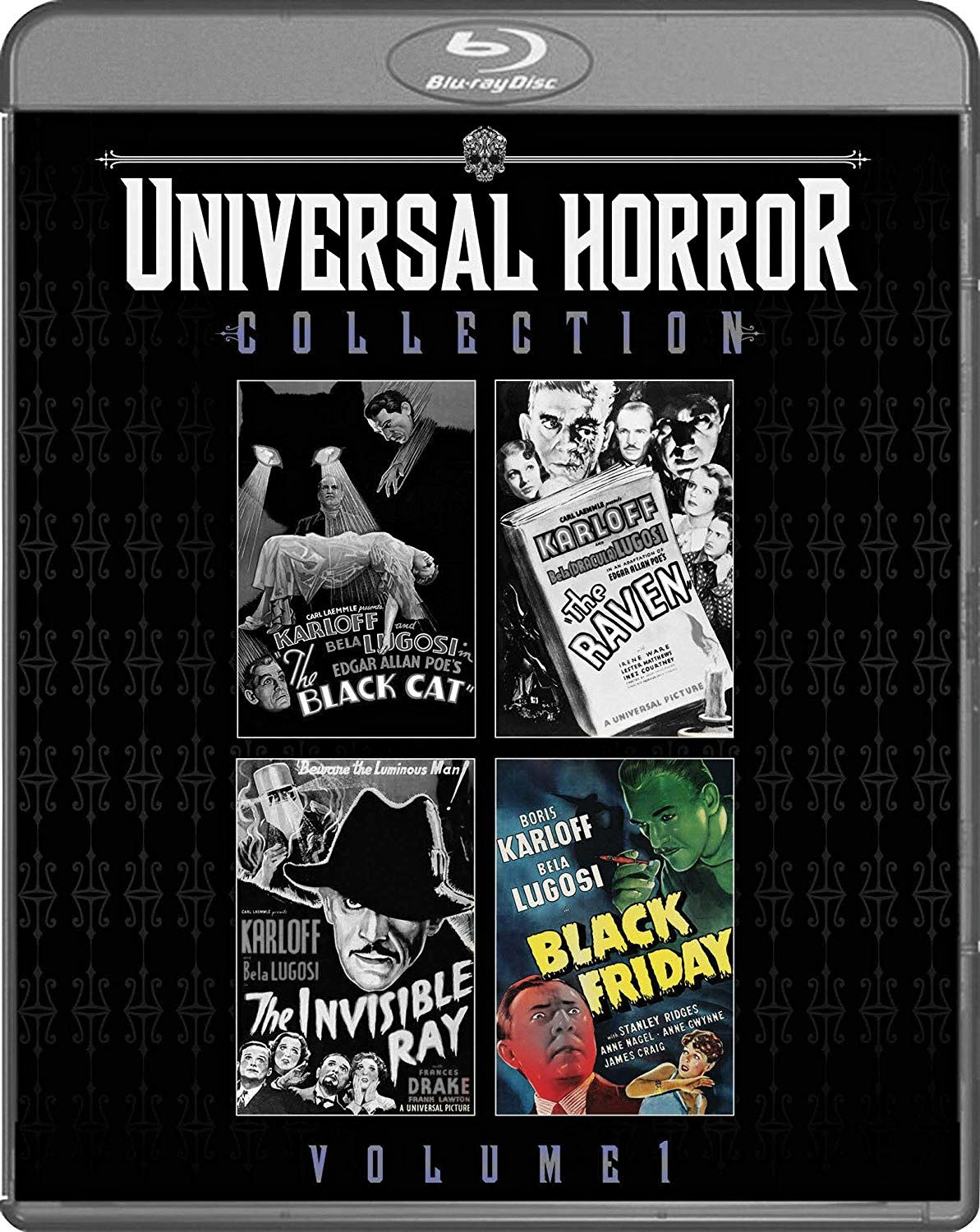 Though it’s packaged in this Universal Horror Collection Volume 1 set, Black Friday isn’t really a horror film; it’s actually got a mix of sci-fi and mob elements, following the kindly Prof. George Kingsley (Stanley Ridges) after he gets hit by a car in a mob drive-by shooting and inherits an alter-ego named Red Cannon, a former gangster, due to Dr. Sovac (Boris Karloff) performing a brain transplant. The film is notable due to its controversy during production – Karloff, originally slated to play Kingsley/Red Cannon, decided to swap roles and took Bela Lugosi’s, relegating Lugosi to a much smaller role wherein he barely shares any screentime with Karloff. As a Karloff/Lugosi joint film, Black Friday is considerably lacking the interaction present in the other films in the collection; but Ridges performs quite well in his dual roles, able to pull off both sides of the character without issue.

For horror fans, Black Friday may disappoint; it’s not particularly suspenseful, nor does it put Karloff or Lugosi in an extremely sinister role. Instead, Karloff plays a surgeon whose natural curiosity, experimentation, and – ahem – greed get the better of him; like many scientist figures Lugosi had played previously, Dr. Sovac is interested in the effects of brain transplants on the individual, and he puts Kingsley through a series of tests to try to get him to transform into the mobster Red Cannon. They travel to New York, meet Cannon’s past love interest (Anne Nagel), and follow the same beats in the hopes that Cannon will give up the location of his stashed $50,000. Along the way, Cannon gets revenge on the mind and sets out to murder his old mobster gang that tried to kill him off.

While Black Friday has its ups and downs, it’s a fairly generic mobster film from the era when you take out the brain-swapping. But one element that makes it slightly more interesting is the framing of the story – it’s told through letters that Sovac leaves to a journalist before being put to death by electric chair, and the film consistently jumps back and forth between the letters and the past. It’s an intriguing way to tell the tale, and though Black Friday is another weaker Karloff/Lugosi film, it has some stand-out characteristics that make it worth a watch.

Scream Factory gives Black Friday a new 2k scan from the original film elements and the results look quite good, with subtle grain field, good contrast, and solid depth. Minor damage occurs throughout but the source looks fairly clean, and this is quite consistent with the other releases in this set. Again, another good transfer that does wonders upgrading this film to HD.

Audio is a DTS-HD MA mono track that sounds clean with no flaws or inconsistent volume. English subtitles are included in yellow.

Extras include one new audio commentary with Constantine Nasr, who also helped to direct the “A Good Game” featurettes throughout this release. The final part of the “A Good Game” featurette runs about 13 minutes and talks about some of the production behind Black Friday – it addresses Karloff’s role switch (mostly due to his lack of confidence in portraying a mobster again) as well as admitting that while this is a great film for Stanley Ridges fans, it’s not so much for those looking for another Karloff/Lugosi team-up. Also included is a theatrical trailer and still gallery.

Black Friday is a fun film, if a little too focused on the crime/mobster aspect. While Karloff and Lugosi don’t really share screentime, both are good in their roles, and this final disc rounds out a great collection from Scream Factory.

Black Friday is a fairly good film with its sci-fi/mobster offerings, and this disc is another excellent addition in the Universal Horror Collection Volume 1.
Film
Blu-ray
Reader Rating0 Votes
3.5
Buy
Amazon
Hosting screenshots is expensive. If you want to see more galleries, consider donating!