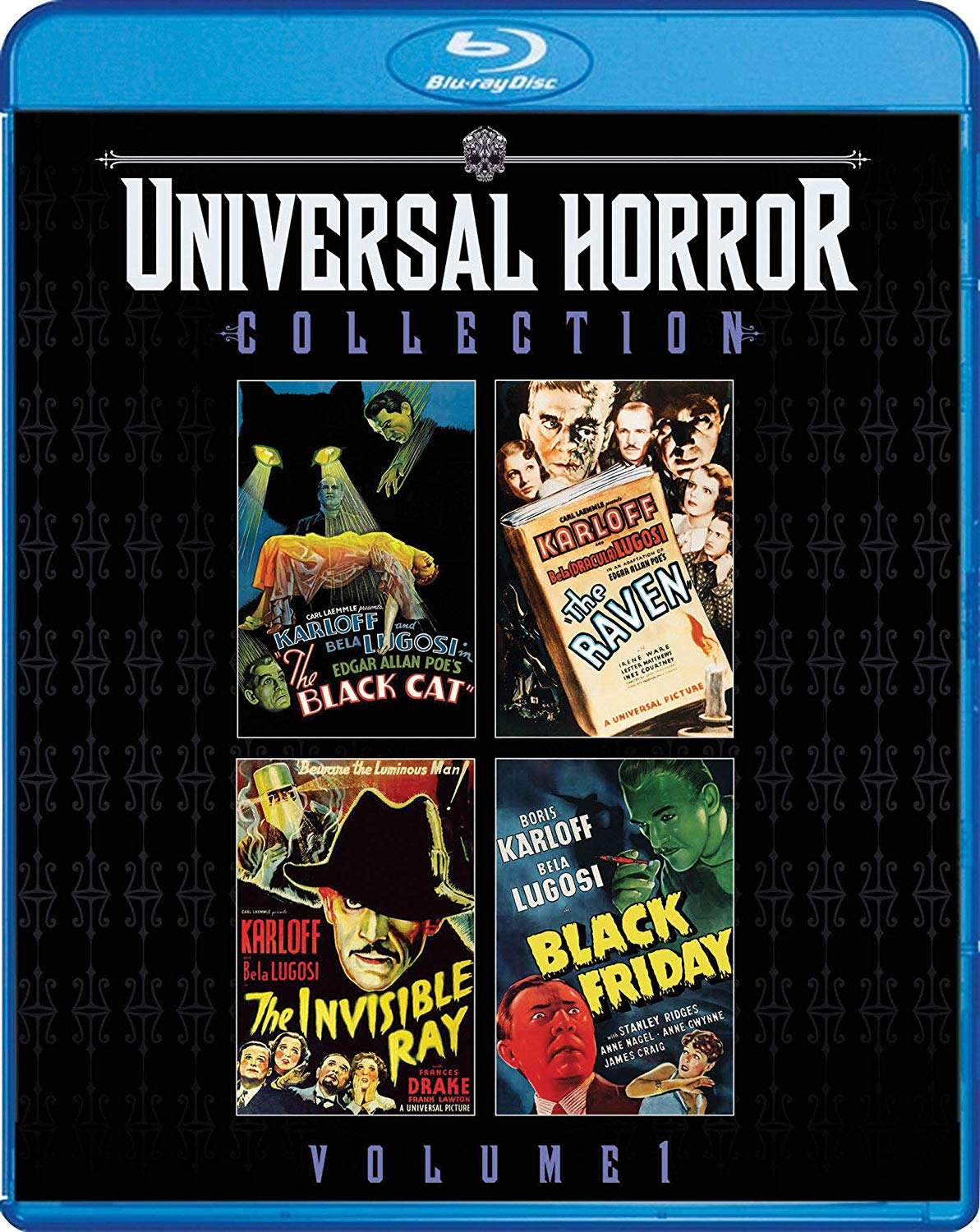 We posted reviews of all of the Universal Horror Collection movies as their own separate posts, but for those looking for a really quick TL;DR of the entire set, here’s a rundown of each disc and then a full aggregate score of the collection.

Be sure to check out our gallery of all the films. Each individual review has also been linked in the title of the film.

A solid picture and quite a few interesting extra features makes this a nice first disc in the Universal Horror Collection Volume 1, and The Black Cat is probably one of the most important parts of the Lugosi/Karloff team-ups. Definitely give this film a look.

The Raven isn’t the best Karloff/Lugosi team-up but it does give Lugosi a chance to shine over Karloff. This disc in the Universal Horror Collection Volume 1 set features solid picture and a nice bit of extras including the excellent second part of the “A Good Game” featurette and two good commentaries.

The Invisible Ray is a fair film from both Karloff and Lugosi that runs a little long but also features an intriguing premise. Scream Factory has done a good job on the transfer and extras for this feature as well, making another fine addition to the collection.

Black Friday is a fun film, if a little too focused on the crime/mobster aspect. While Karloff and Lugosi don’t really share screentime, both are good in their roles, and this final disc rounds out a great collection from Scream Factory.

Overall, Universal Horror Collection Volume 1 is a set of mostly good to great Karloff and Lugosi films. All of the transfers are quite good, the extras collected are robust for the age of the films, and clearly some love behind-the-scenes went into this collection. The only minor gripe is the lack of essays included in the booklet, which feels like a missed opportunity.