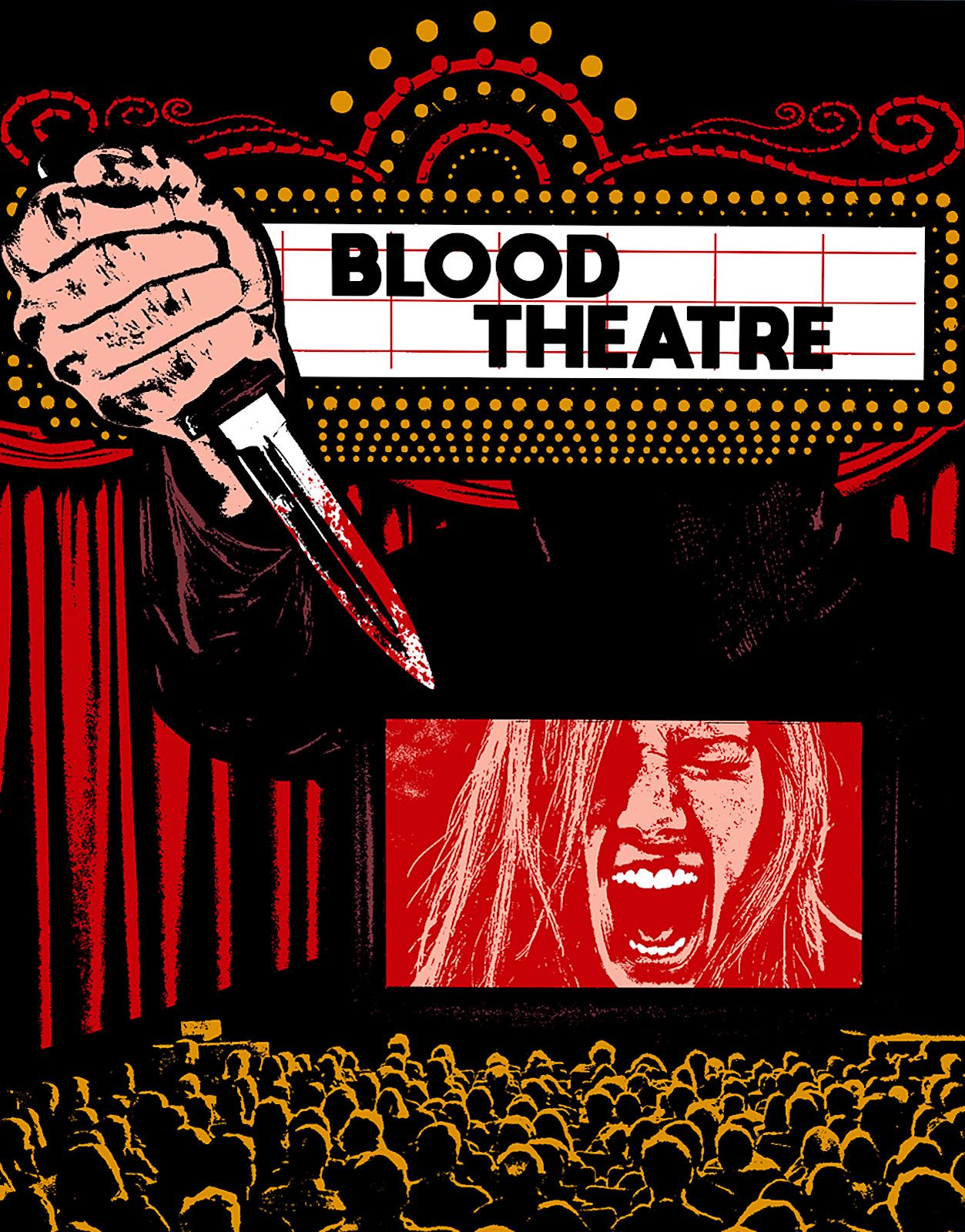 I often wonder how directors feel about being known for making some of the worst genre movies ever. Some of them completely deny it (Claudio Fragasso) and some embrace it. Apparently, Rick Sloane is part of the latter camp; he’s made some awful films over the years, his most popular being Hobgoblins, and yet he’s never shied away from the public eye, even returning for a sequel called Hobgoblins 2 in 2009.

Blood Theatre is Sloane’s first feature film, released in 1984 and showing all the signs of a low-budget slasher movie from a writer and director with very little experience. The film follows a group of teens as they attempt to renovate a theater that previously experienced a massacre at the hands of a disgruntled employee. Wacky antics abound including weird managers, awful employees ripping open their shirts during a movie showing, and all kinds of odd deaths that make little sense with or without the film’s context.

Sloane’s direction is all over the place, and Blood Theatre never finds a plot line that truly makes sense. Most of the film takes place between two theaters for apparently no reason, and whatever atmosphere Sloane builds is often destroyed by strange subplot inclusions featuring Mary Woronov. No one will mistake Blood Theatre for a good film, but it does have its fun moments – most of the time, however, due to the apparent lack of filmmaking chops, since awful editing abounds.

Blood Theatre is an appropriately terrible film, but at only 75 minutes, it’s certainly worth a viewing if only to see where Sloane got his start. The bonus feature, The Visitants, is Sloane’s second film and marginally better.

Vinegar Syndrome has given both films a new 2k scan from 35mm elements, and they both look surprisingly robust despite some heavy grain in certain scenes. Red colors really pop and there’s never any loss of detail, even in darker scenes. A couple touches of damage occur, but nothing that stands out. Audio is presented with a DTS-HD Master Audio mono track – it’s nothing groundbreaking and it does have a somewhat muffled quality, but it still represents the soundtrack well. English subtitles are also included.

Special features here include the bonus film The Visitants as described above, as well as three different audio commentaries. The first goes with Blood Theatre, a commentary track featuring writer/director Rick Sloane that is worth a listen simply because Sloane seems to appreciate the art of bad cinema; likewise, he also does one for The Visitants. There’s also a commentary track for Blood Theatre from The Hysteria Continues!, which is as entertaining as this group always is.

Lastly, some vintage featurettes are included from a screening of both films at the New Beverly. There’s an introduction by Rick Sloane and a few actors like Mary Woronov (about 8 minutes), and then a closing Q&A session with Sloane and Woronov (about 15 minutes). Both add some extra incentive to pick up this disc. Reversible cover art for The Visitants is included, and a DVD version.

Blood Theatre won’t have a ton of fans, but those who love bad cinema will definitely want to check out this Sloane double-feature. The scans look great and the bonus content will appeal to people who want more info about this classic schlock.

Blood Theatre is not a good film, but it is a fun bad movie in the slasher genre and the first from classic director Rick Sloane. VInegar Syndrome has done a great job with the 2k scan and has assembled commentaries and even a bonus feature.
Film
Blu-ray
Reader Rating0 Votes
3.8
Hosting screenshots is expensive. If you want to see more galleries, consider donating!

Our Score
3.8
Start typing to see results or hit ESC to close
See all results
wpDiscuz