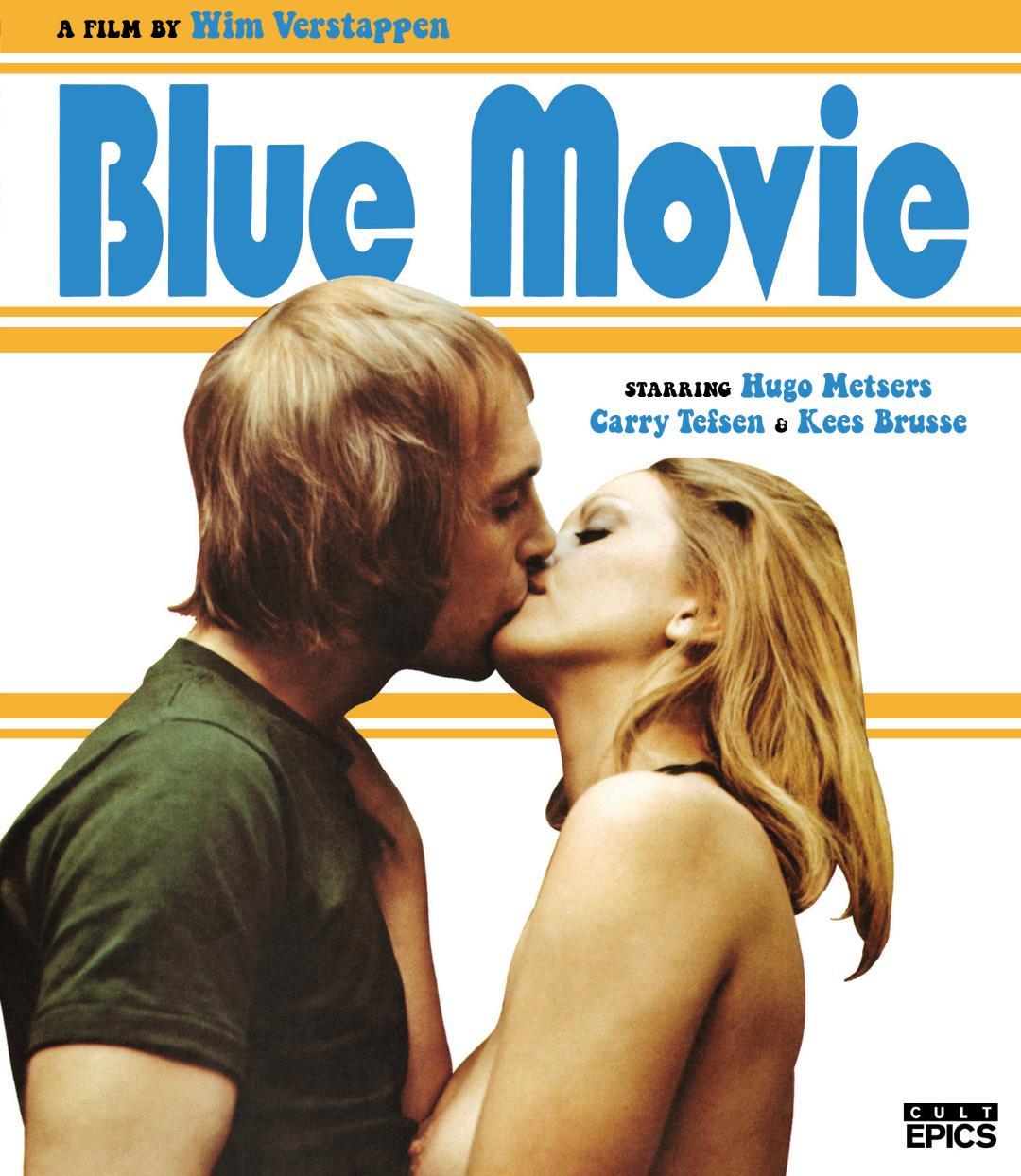 Does this blue movie leave something else blue?

First off: we’re not talking about Andy Warhol’s Blue Movie from 1969 which helped to usher in the Golden Age of Porn. Also, this isn’t Alberto Cavallone’s 1978 coprophagic thriller. (Who knew there were so many Blue Movies?) Instead, the film in question is Wim Verstappen’s softcore porn/romance(?) tale from 1971 starring Hugo Metsers as Michael, a young man who has recently gotten out of prison after being locked away for having sexual encounters with a 15-year-old girl. Moving into a new apartment complex, he finds that his libido has gone into overdrive after not having the touch of a woman for five years; and lucky for him, there are a number of married women in the building looking to help him out with these sultry tasks.

As far as plot goes, the outline above is basically the gist of the entire film. Verstappen explores the various sex relationships that Michael gets into despite his parole officer’s continual frustration with Michael’s lack of a long-term girlfriend; consistently, Michael decides to bed down with already married women rather than single counterparts in the complex, leading to some complicated trysts that never really have consequences for any of the players. Eventually, Michael even makes a career out of his sex drive by shooting pornos, holding elaborate sex parties, and enlisting the help of his partners. For the most part, Blue Movie is often disjointed, unrealistic, and laborious; it rarely feels like Verstappen or screenwriter Charles Gormley have anything to say.

That is, until the end of the film, when a flaccid penis says it all. Blue Movie seems to be promoting sex positivity in the ’70s at a time when it was reaching its peak in Dutch culture. The film dives into lesbian and gay relations, the birth control pill, threesomes, public sex, and a much more open treatment of pornography. It also attempts to dispel some of the problems of non-monogamous affairs as its protagonist eschews a single relationship for a myriad assortment of flings. While Blue Movie still doesn’t tackle these ideas with much effort – and possibly hurts itself with constant extramarital adultery – Verstappen’s intentions are a bit more pronounced at the end of the film when Michael can’t keep an erection with the woman he’s “supposed” to be with. Even this, though, is quite vague except for the fact that the audience has seen Michael’s erection in full previously and so recognizes that this isn’t the norm. Am I really typing these words?

Cult Epics has given Blue Movie new life on Blu-ray with a new transfer of the film done by the Eye Film Institute using 16mm and 32mm film elements. The film is presented in a 1.33:1 aspect ratio; whether this is the correct ratio or not, I can’t say, but it does look consistently framed to indicate that it’s probably right. Picture quality is a bit flat and faded, but grain presence and detail is fairly good especially given the elements. And it does seem like the consistent washed-out look of the film was an intentional choice by the makers; they state in an interview that it was supposed to look dirty, and that it does. Overall I think this is a good transfer by Cult Epics/Eye Film Institute of a film that by all estimations probably never looked great.

Cult Epics provides the original DTS-HD MA 2.0 Dutch track for this film, which sounds rather good with a nicely nuanced soundtrack and no drops with dialogue. English subtitles are standard when the film is played from the menu.

For extras, Cult Epics has included a vintage interview from 1971 with director Wim Verstappen in Dutch with English subtitles; it runs about 12 minutes. Also included is an 18 minute introduction to the Dutch Sex Wave film festival that includes some info on other Dutch sex films, some by Verstappen, and then an interview with writer Charles Gormley who discusses some of the ideas within Blue Movie including the birth control pill which was fairly new at the time. A new 11 minute interview with Hugo Metsers Jr. covers Blue Movie, his father’s body of work and subsequent retirement, and his own filmography. There’s a brief tour of the Eye Film Institute as well as an interview with curator Rommy Albers. Promotional still galleries and artwork is included, as well as trailers for other Scorpio pictures like Frank & Eva, Obsessions, My Nights With Susan, Sandra, Olga & Julie, and of course Blue Movie.

The package also comes with a slipcover and DVD version of the film.

Check out our gallery for even more screenshots from this Blu-ray.