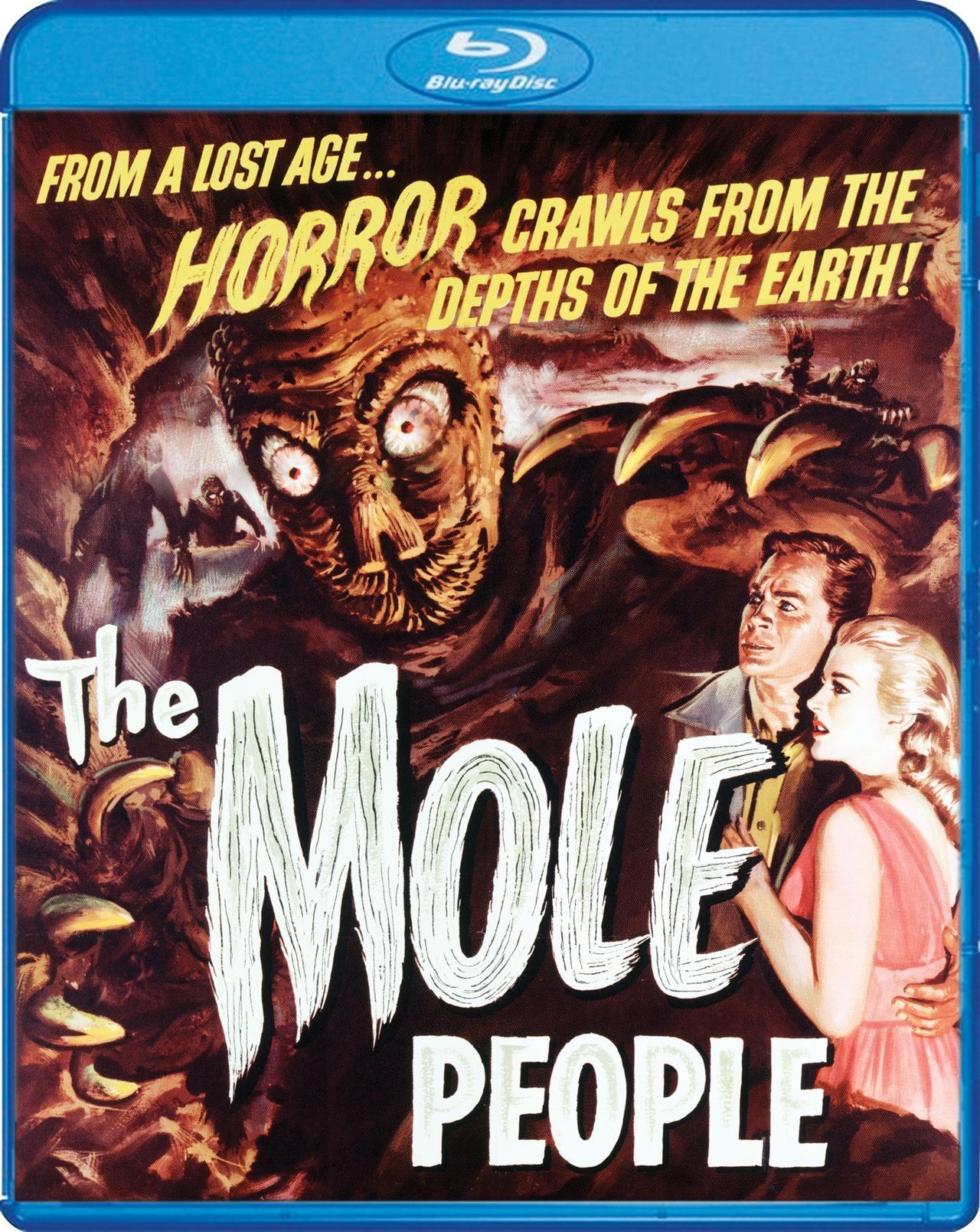 The Mole People is one of those films you sit down with and laugh about. Scream Factory delivers a solid Blu-ray, which honestly is probably more than the film ever deserved.
Film
Blu-ray
Reader Rating0 Votes
3.9
Buy
Amazon

The Mole People is one of those flicks that Universal International Pictures was cranking out back in the fifties. Films like Tarantula, and Revenge of the Creature. Basic schlock, with tons of stock footage, and contracted actors being forced to star in drivel.

The Mole People is no different from any of those other movies. Its concept is a farfetched tale of underground inhabitants being discovered by archaeologists who should have stayed above ground. What makes The Mole People interesting, though, is the fact that hidden behind its basic tale of science fiction wonder is a story steeped in racial divide. The society that lives underground has become albino, having an aversion to any harsh light such as the sun. They use creatures, “mole people”, as slaves to do, well, something; it’s not entirely explained. There are also certain people that are shunned due to being “darker” skinned (i.e. just less white but still white). Now, maybe writer László Görög and director Virgil W. Vogel meant to convey this message, or perhaps it was all a big misunderstanding, and the film is just sort of racist. Hard to say.

No matter the message or non-message the movie is trying to deliver, the film itself is still not that great. Not much happens during the 77-minute runtime, and we get scenes that drag on far too long. An extended climbing scene springs to mind, which is made fun of in the included full-length episode of the Mystery Science Theatre 3000‘s look at The Mole People. Basically, the extended scene is “all asses and rope.” Once we get to the conclusion of the film, it springs upon us suddenly and is quite a spectacle, in that its incredibly laughable. Interesting, though, is that the 18-minute Making of Feature of The Mole People included on Scream Factory’s Blu-ray explains why certain plot decisions were made at the end of the film. It boils down to yet another racist moment in movie making history.

I do applaud some of the film’s special effects, such as the mole people’s appearance. Sure, nowadays its pretty laughable, but at the time I’m sure it was something special. Funny to hear that the humps on the back were just newspapers stuffed down their jackets. However, other than a few cool effects (the burnt bodies from the sun was rather gruesome looking), there isn’t much else to enjoy about The Mole People. It’s a much better film to sit down with friends and make fun of, hence the MST3K episode.

Scream Factory has been kind enough to include a couple of different ratios to watch the film in; both 1.85:1 and 2.00:1 have been included. It seems the film was originally shot in 1.85:1, but I’m not sure about the 2.00:1 ratio, which is a bit more open. The film itself looks rather nice, with some dirt and debris present. The stock footage didn’t fare as nicely, coming across very scratchy and roughed up. The audio provided on the disc is DTS-HD Master Audio 2.0 Mono, which matches the original film’s Mono presentation. I had no issues during my viewing of the film.

The extra features provided on the Blu-ray include a new audio commentary with Film Historians Tom Weaver and David Schecter; 18-minute making of titled Of Mushrooms and Madmen: The Making of The Mole People, with C. Courtney Joyner providing most of the information; the standard definition presentation of the MST3K episode of The Mole People, still galleries, and finally a trailer. For a film that isn’t that great, the Blu-ray sure comes with plenty of features to check out.

The Mole People is one of those films you sit down with and laugh about. It’s great to have some friends over and make jokes. The film is even better when the MST3K crew are cracking jokes right along with you. Scream Factory delivers a solid Blu-ray, which honestly is probably more than the film ever deserved. Fans will be pretty pleased with this one.

Be sure to check out the full The Mole People Gallery!