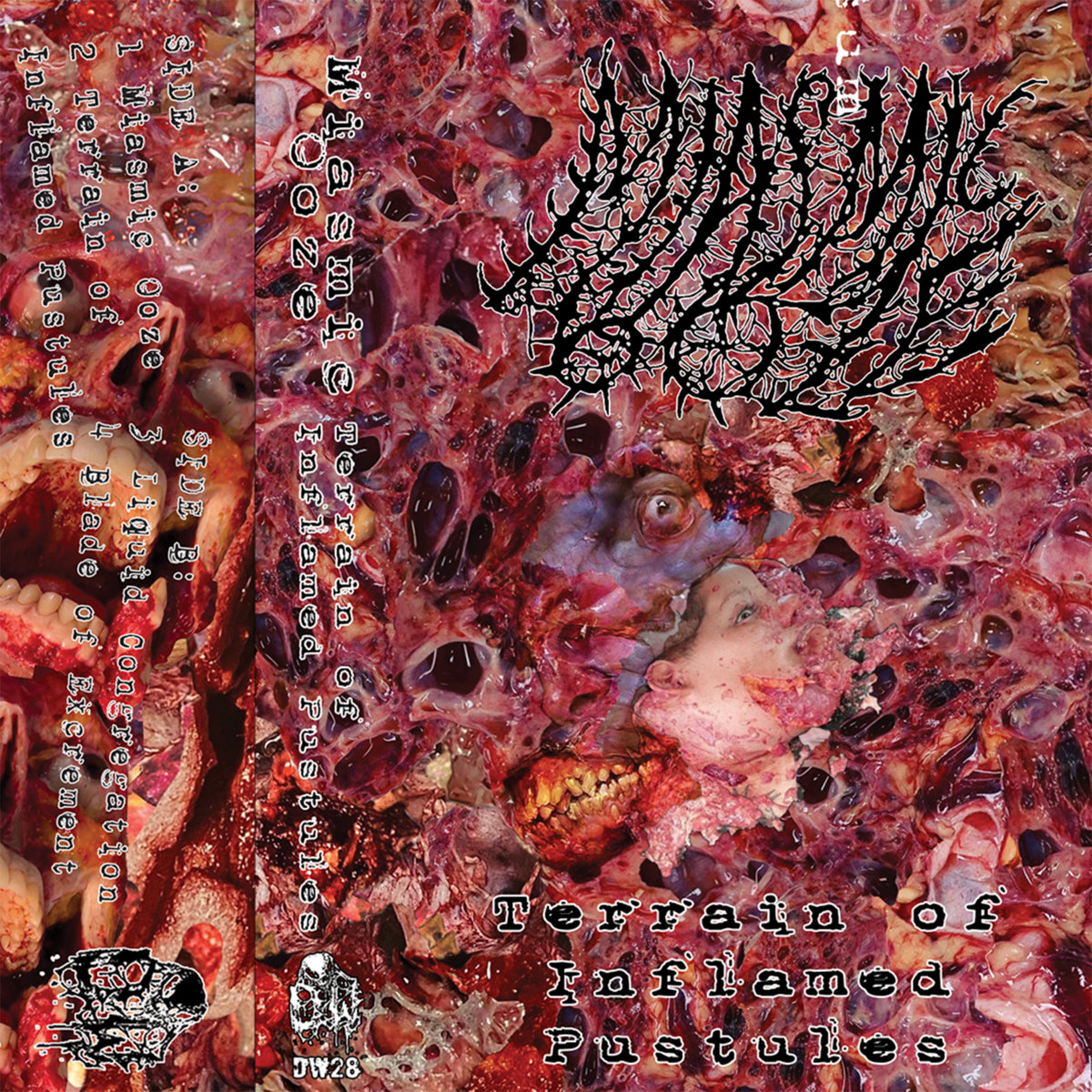 Miasmic Ooze play a blend of gore-grinding death metal as evident from their pustulent cover artwork handled by Strange Creature Collages (oft-employed by goregrinders Pharmacist as well). Terrain of Inflamed Pustules appears to be the band’s initial debut with four tracks spanning both sides of the cassette from Desert Wastelands Productions.

Musically, Terrain of Inflamed Pustules doesn’t delve into the grind part of their gory approach as much as mid-paced death metal. The muffled and overblown production presents a unique grittiness to the band’s sound that aids the dirtiness of their stench-filled lyricism. They’ve even got a song on here named after themselves – how’s that for referentialism?

Miasmic Ooze has a good ear for riffs which shine through the unclean production; none of them have a lot of earworm potential, but a good variety of elements come together here, like the dual high and guttural vocal delivery, for quality lumbering death. I do wish the tracks got out of the mid-paced rut a little bit more (aside from the occasional blasting on “Liquid Congregation” and “Blade of Excrement”), but this short four-song 12 minute demo showcases a portion of what to expect from the band on longer outings.