1955’s Cult of the Cobra is like a snake charmer – there’s an initial allure, but quickly the interest fades as the feeling like you’ve seen all there is to offer sets in. The film’s plot revolves around a group of US soldiers who infiltrate a snake-worshiping cult in Asia and then head back to America where they’re all the targets of a curse that strikes like a cobra. It’s an interesting idea, and Faith Domergue’s performance as the vixen (or maybe more like reptile?) Lisa Moya is strong, but over the course of its 80 minute running time this pre-slasher pick-em-off quickly runs out of steam.

Francis D. Lyon’s direction is particularly good in parts due to some good cinematography and a penchant for wringing suspense out of key moments. Though none of the characters are ever really “stalked,” the sinister air of something afoot is particularly compelling in early scenes. There’s a moment when Rico, a bowling alley owner closing up for the night, goes from his shop to his car to his shop again, with the camera following close at hand so the expectation is for something to strike at any moment. Lyon withholds it until, well, an unfortunately expected climax; but still, the serpentine suspense works quite well.

Where Cult of the Cobra makes its mistakes, though, is in the plotting of the film. This would be a compelling whodunnit if there was never a clear indication of the person carrying out the curse’s murderous deeds. Alas, from the beginning the murderess’ identity is known, and there’s never a moment where the film tries to mislead the viewer to a different conclusion. This means too often we’re left waiting for Lisa to carry out her nefarious actions spread out across four victims and knowing all to well where the conclusion is headed.

All the actors put in workmanlike performances and as stated previously, Domergue is particularly good in her role as equal parts femme fatale and conflicted lover. It’s just too bad that Cult of the Cobra can’t capitalize on a better mystery, and instead slithers along with the intention of playing things too straitlaced.

Cult of the Cobra is part of Scream Factory’s Universal Horror Collection Volume 6 boxset and joins a few other late-’50s Universal releases. This film gets a new 2k scan of a “fine-grain film element,” and the results are fairly good. For the most part, this 1.85:1 transfer captures quite a bit of detail with a medium-bodied grain scale. Skin and fabrics are well-defined and blacks are strong with no crush. Occasionally soft sequences crop up here and there, particularly during poorer lighting or close-ups; there is a little bit of damage as well. Otherwise, though, this is another impressive scan from Scream Factory.

Extras include a new audio commentary with Tom Weaver; also listed are Steve Kronenberg, David Schecter, and Dr. Robert J. Kiss, but it is mainly Weaver with a few interspersed moments from the other listed historians. Weaver’s commentary is again extremely useful for those interested in Universal pictures, with tons of info about this film and others released around the same time.

Cult of the Cobra may not be the best of Universal’s horror offerings, but it does at least get good treatment in this Volume 6 boxset of the collection. A new audio commentary and solid 2k scan make this another fine entry in Scream Factory’s releases. 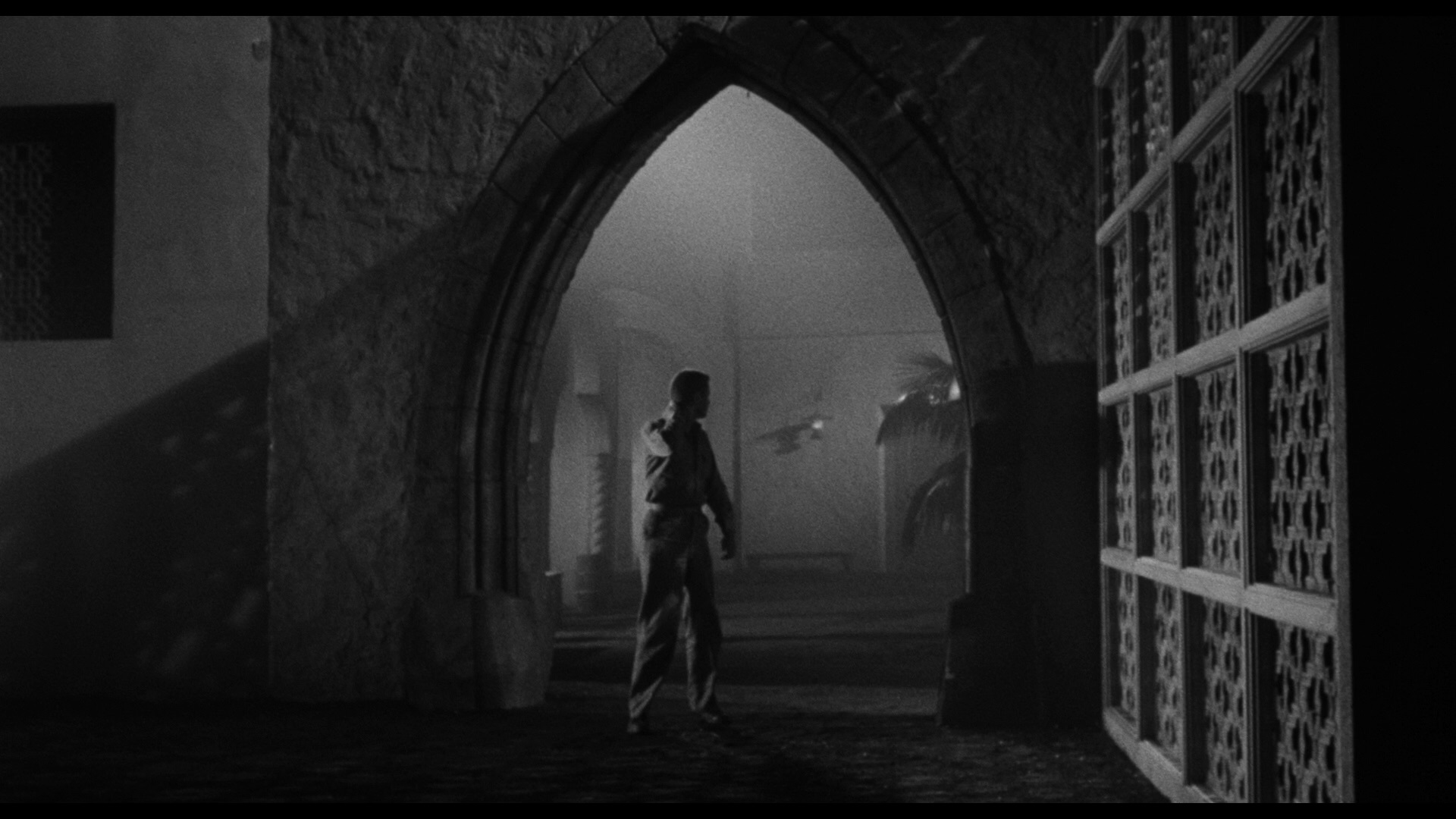 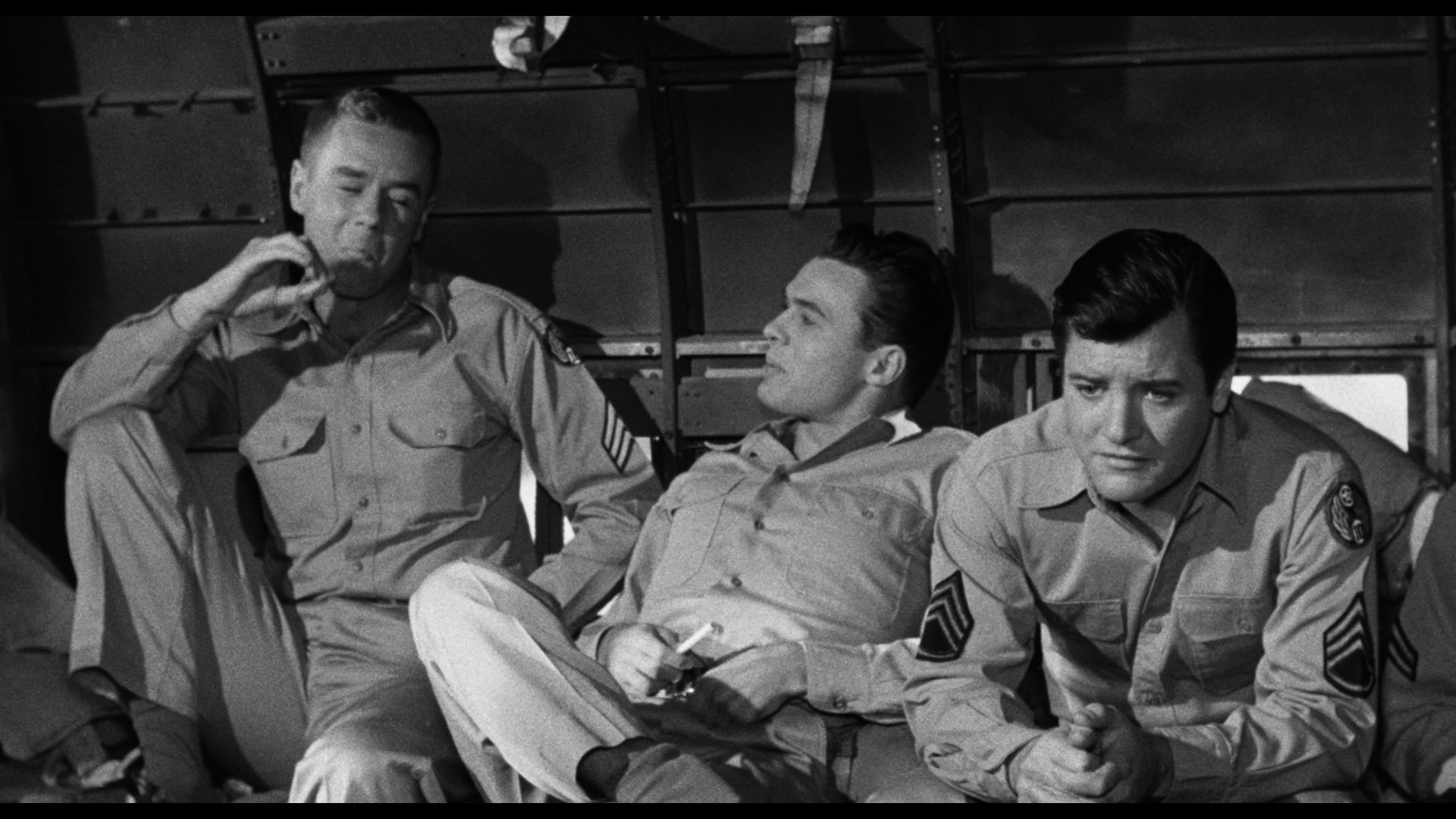 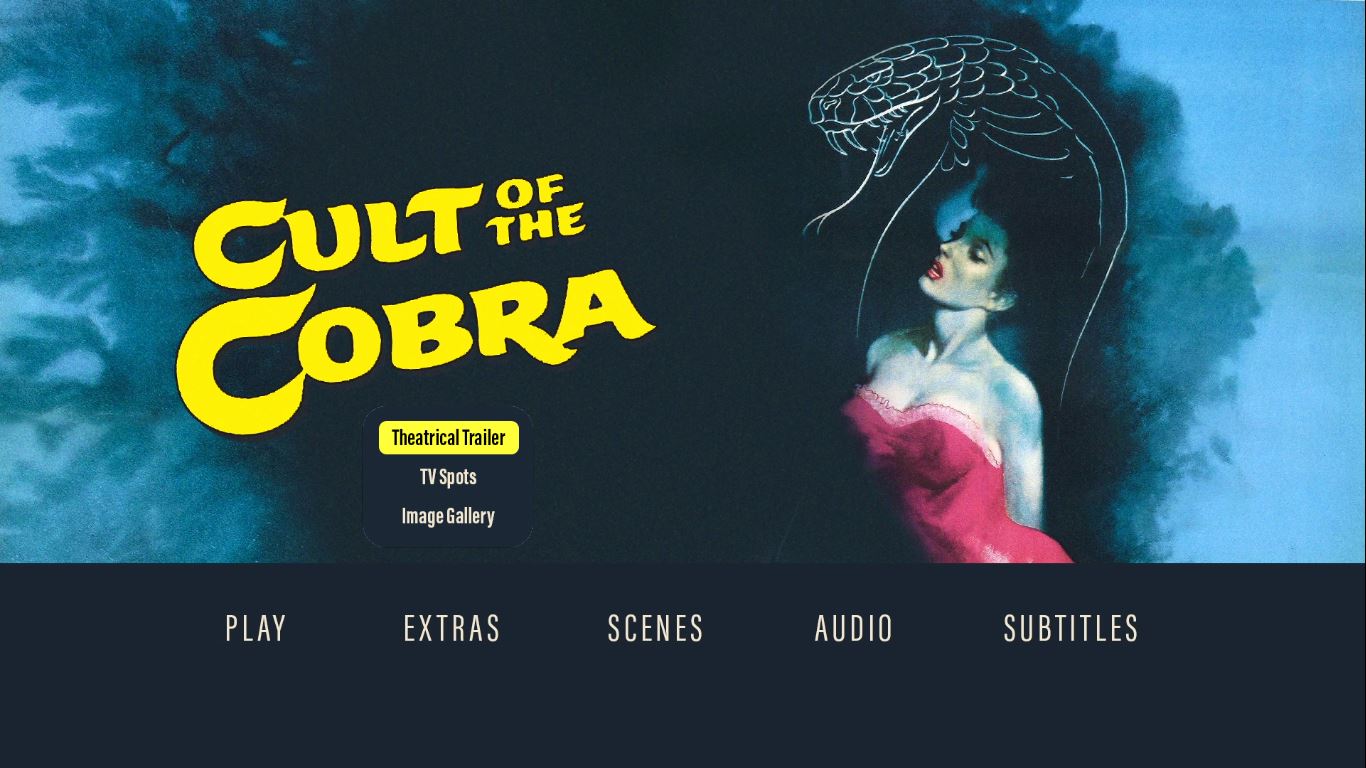 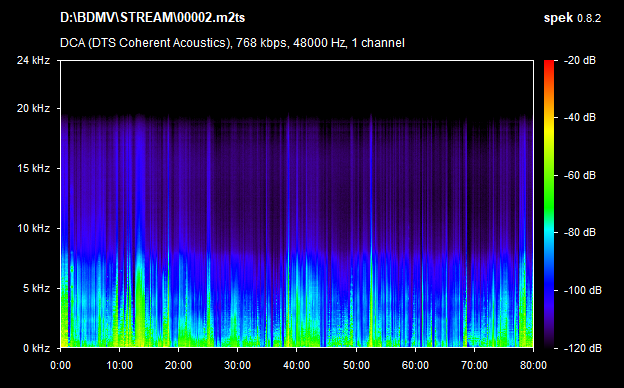