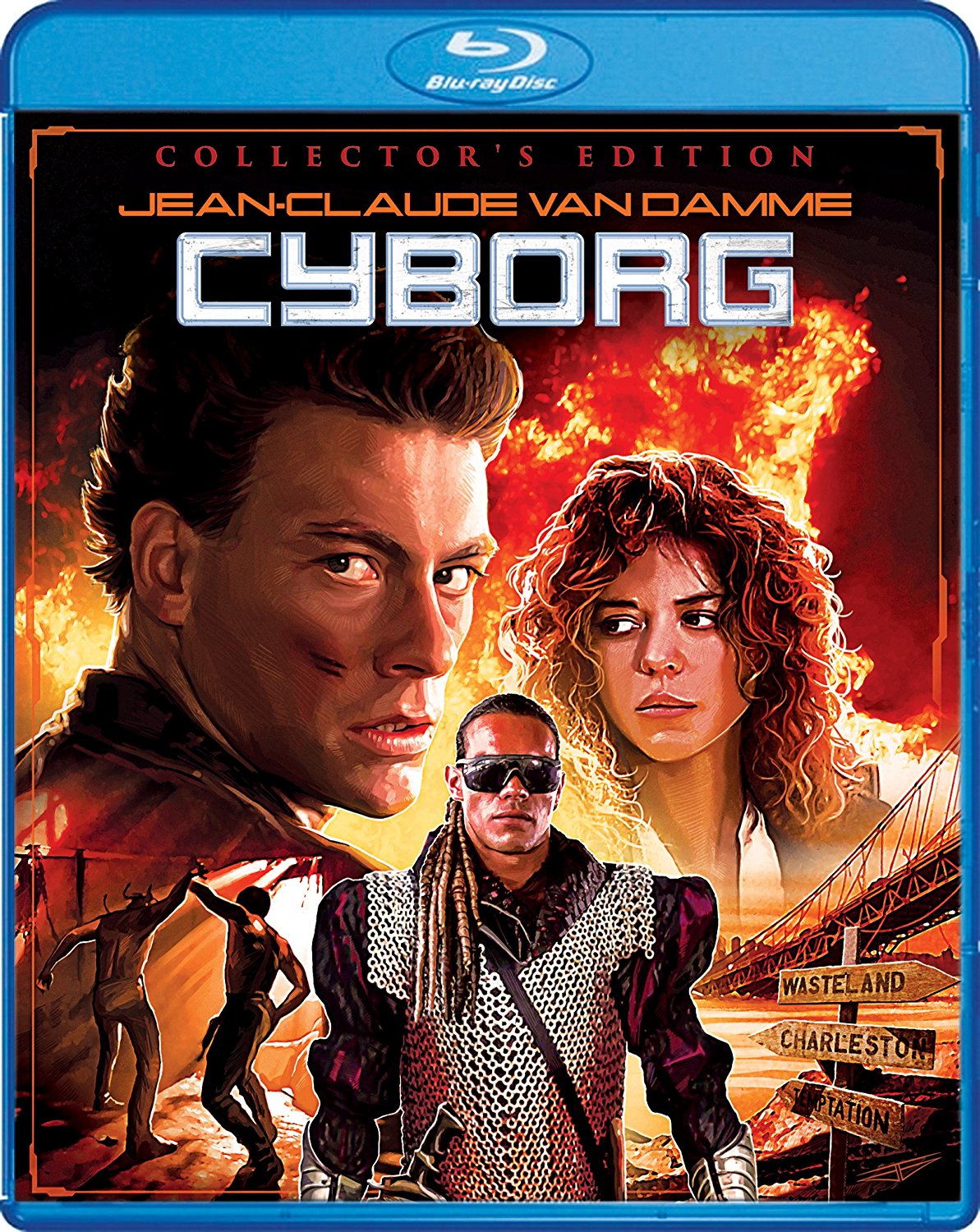 Cyborg Blu-ray Review (Scream Factory)
Cyborg ranks as one of my favorite Van Damme films, and no matter what negative things you sling my way about it, I'll just karate kick them away. Scream Factory has done an amazing job at releasing Cyborg on a Collector's Edition Blu-ray, with fantastic video and great audio. Lots of extra features should keep fans busy, but there will be some that are disappointed the director's cut "Slinger" is not included.
Film
Blu-ray
Reader Rating0 Votes
4.5
Buy
Amazon

Michael checks out the new Cyborg Blu-ray from Scream Factory, and he thinks it’s straight-up awesome. He also dons some sunglasses in appreciation of the film. Scream Factory has done a great job with this release although those fans looking for the special director’s cut will be disappointed that it is not included. For more information, just watch the damn review.