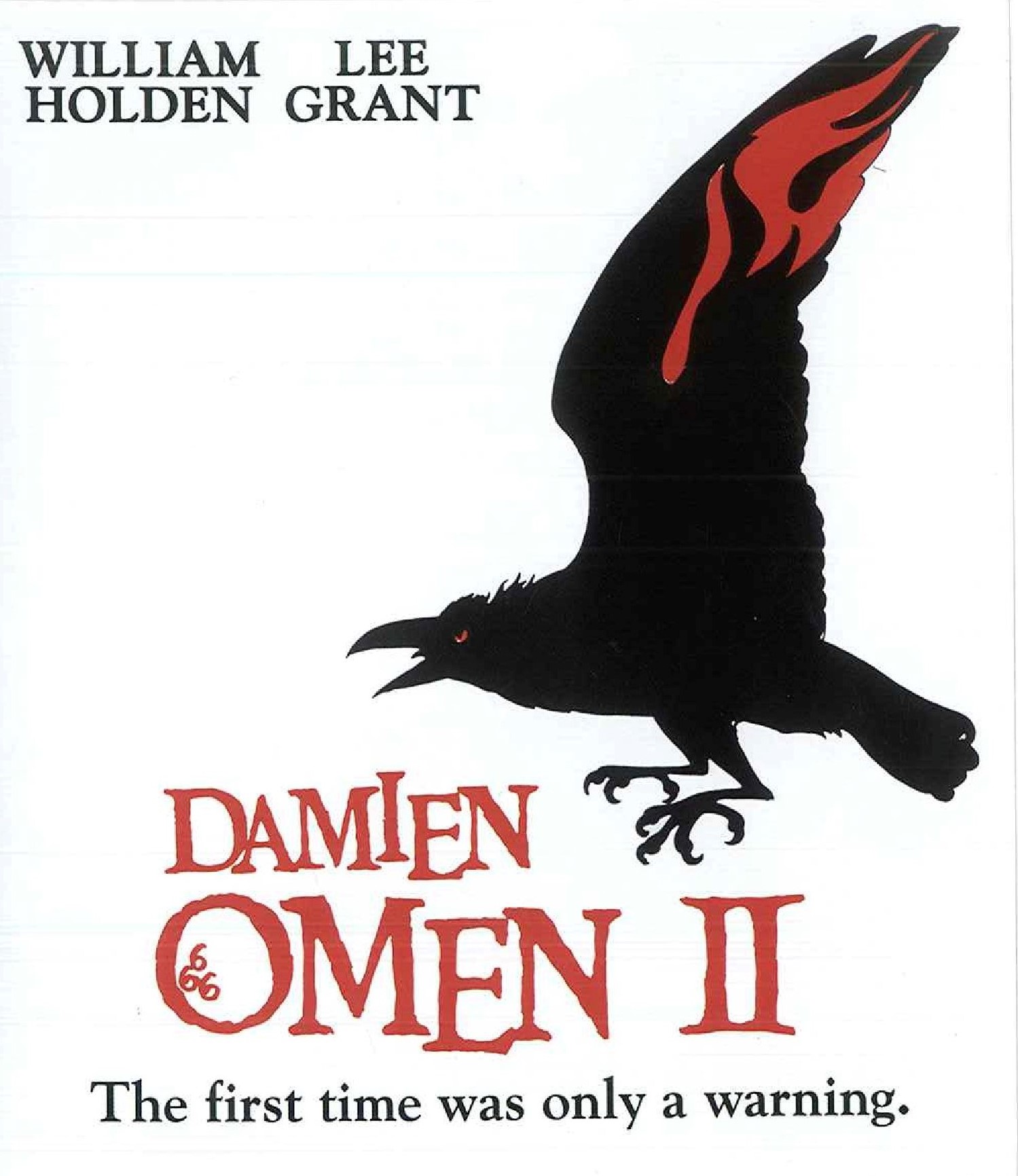 Though Damien: Omen II released a scant two years after the original, its plot actually picks up seven years after The Omen‘s end, with Damien (Jonathan Scott-Taylor) now thirteen years old and living the fucking GOOD LIFE with his uncle Richard (William Holden) and aunt Ann (Lee Grant) and their young son Mark (Lucas Donat). Since Richard owns the Thorn Corporation, a giant in the field of agriculture production, Damien has pretty much everything he could ever ask for… except for the constant annoyance of people trying to warn his new caregivers about the potential evil that lives within him. Along the way, a crow visits some of those pests and murders them in extremely vicious accidents, and Damien is cultivated into his demon legacy by a few people close around him, like a young Lance Henriksen as his sergeant Neff. Damien: Omen II takes a look at Damien’s teenage years, and includes some extremely drawn-out business talk about the Thorn Corporation.

It’s interesting that screenwriters Stanley Mann and Mike Hodges decided to go in a completely different direction with this story instead of working with the ending of The Omen with Damien snuggled into the cushy wings of the White House; Damien: Omen II skips right by that, opting for what I would consider a much less interesting reworking of the original just with an older main character. Director Don Taylor (taking over for Mike Hodges) hits very similar notes throughout the film, even forcing viewers to question whether Damien is intentionally evil or if he just doesn’t understand what he can do. But the film never settles into a groove like its predecessor, taking far too long diving into the boring world of corporate greed as Damien’s Thorn Corporation continues to see a number of horrible accidents occur that conveniently move Paul (Robert Foxworth) up the ladder.

This makes Damien: Omen II feel far too long even at its hour and 47 minute runtime, and the deaths are too few and far between despite their intentionally gruesome depictions when they do occur. Also, while Scott-Taylor does his best in the role, Damien doesn’t feel as sinister in this one – probably because a crow does most of the work for him, with the title character sidelined or enjoying snowmobiling and ice hockey games instead.

Damien: Omen II isn’t a bad sequel, it’s just one that can’t live up to the lofty elements of the original. That does leave it seeming inferior, but a number of scenes have some great photography and artistic merit behind them. The scene late in the film where Damien is presented with a saber at his military coronation is an interesting depiction of Damien succeeding thanks to his powers and the forces around him that help propel him forward, as is the final reveal at the end of the film that shows just how far Damien’s dark disciples go.

Despite the unevenness and pacing issues, Damien: Omen II still gets a recommendation; it’s another fairly compelling look into Damien’s life, tackling many of the same ideas but upping the ante with its deaths. It doesn’t hit the highs of The Omen, but that’s incredibly hard to top anyway.

Damien: Omen II is included in Scream Factory’s new The Omen Collection boxset which collects all of the films in the series. We will post a recap review for all movies when they have been completed.

Damien: Omen II does not get a new transfer for this Scream Factory release, and although the press release doesn’t list exactly where this transfer comes from, it appears to be an HD scan done by 20th Century Fox at some point. Of note, this is a better transfer than the previous Omen Trilogy release in the UK; all detail is sharper, with a bit more color boost and good clarity during closeup scenes, though medium-to-long range shots do tend to get blurrier. There’s also a little bit more information on both the top and bottom than that previous edition of Damien: The Omen II (it wasn’t quite 2.35:1, but this one most certainly is). Overall, this is a pretty good transfer and though it would have been nice to have a new 4k scan, this does the trick just fine.

The release provides two audio tracks, a DTS-HD Master Audio 5.1 track and also a 2.0 mono. Both are fine with crisp dialogue and no apparent issues. Subtitles are also included.

While the extras aren’t as robust as the previous feature in this collection, Scream Factory has managed four new interview featurettes. Lee Grant, Robert Foxworth, and Elizabeth Shepherd all provide shorter interviews (Shepherd being longest), and then Shepherd also provides commentary over still pictures of her scrapbook collection from the film. A new audio commentary featuring special project consultant Scott Michael Bosco adds some more depth to this release too.

Also included is a previously released vintage featurette called “Power and the Devil: The Making of Damien: Omen II, a theatrical trailer, TV and radio spots, and an image gallery.

Damien: Omen II can't match the atmosphere or intensity of the original, but it does its best and does a fairly good job. This Blu-ray in the Omen Collection doesn't have a new scan but a serviceable transfer and some good new extras.
Film
Blu-ray
Reader Rating0 Votes
3.5
Buy
Amazon
Hosting screenshots is expensive. If you want to see more galleries, consider donating!