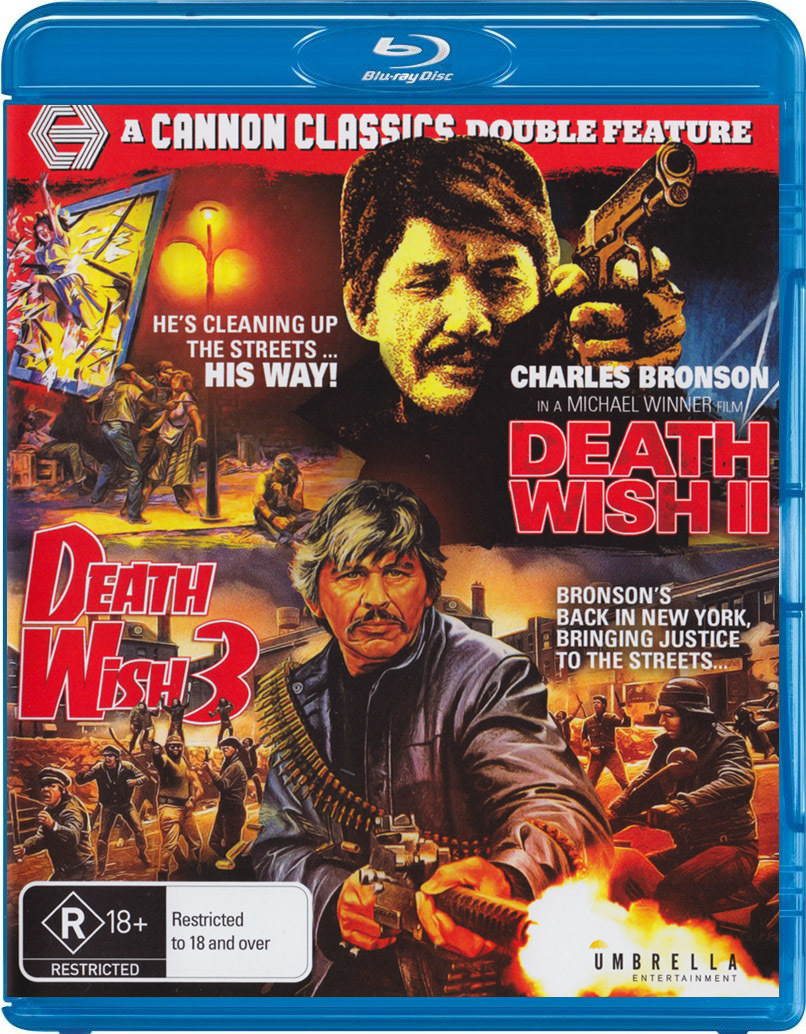 How does one make a sequel to a flick that had a very simple plot? The answer is copying the same plot from the first movie, but upping the graphic and uncomfortable rape scenes and violence. Death Wish 2 takes what was interesting in the first movie, mainly Paul Kersey (Charles Bronson) shooting bad guys, moves the setting to Los Angeles and decides to do what works. For the most part, it succeeds. It wants the viewer to turn off their brain and watch a good guy take down evil bad guys.

What’s most intriguing about Death Wish 2 is the representation of what Los Angeles was like back in the early 80s. I’m not entirely sure if it is an exact replication of the violence and mayhem that was taking place, but even if it is only 50% close to it, I would not want to be living there. If I am forced to live there, then I want to make sure there is a Charles Bronson out there taking care of business. Just for the love of everything, make sure you do not becomes friends with Bronson. If you do, you will die. Guaranteed.

Death Wish 2 added enough variety to the mix, mainly in ways Bronson could dispatch baddies and the new setting. Meanwhile, Death Wish 3 moves back to New York. Gone is the usual setup of having his family murdered, instead his friend is killed (it’s ridiculous how many people associated with Bronson’s character are killed. Seriously, make a drinking game anytime a known associate of his is murdered, and you’ll be passed out on the floor in no time), and he is forced by a cop to take care of some nasty punks terrorizing y’all’s neighbourhood.

Death Wish 3 seems to tone down a bit of the violence, sometimes coming off as a Made for TV movie. There are still scenes of guys being shot up and women being used as objects, flashing boobs and all, but the oddball assortment of characters in the apartment complex that Bronson is trying to protect makes things feel tamer and way goofier.

However, there are enough moments of crazy, goofball scenarios that you just can’t help but have fun with this flick. Bronson is at the point now with his Paul Kersey character that he shows hardly any remorse for his friends being murdered and the task of killing bad guys seems about as mundane as taking out the trash.

A big highlight of Death Wish 3 is the nostalgia of the 80s throughout every scene. From the leather wearing bad guys to the randomly exploding cars and the numerous B-list actors cameoing, everything stinks of the 80s, and it’s a damn good stink.

If I had to choose between the two movies, I would go with Death Wish 2, as it is the more gritty, violent version, but Death Wish 3 is a close second, thanks to the absurdness of it all. Whatever one you choose, you’ll get to enjoy Bronson blowing holes in bad guys.

Of course, there is tons of violence in the Death Wish sequels, more in 2 than 3. You have women being raped and murdered. Bad guys being blown to bits and Bronson emoting violence through his death stare and moustache.

There is plenty of sex and nudity in the Death Wish films, but none of it is a good kind of sex and nudity. Pretty much anytime flesh is shown on screen a woman is being victimised. The viewer does get rare moments of boobs being flashed on the screen where it doesn’t make you feel like you need a shower, but those moments are few and far between.

I’ll be upfront; I don’t sit a foot from the TV. When I watched Death Wish 2 and 3, I didn’t notice any issues in my viewing. As to be expected, the films look old and grain heavy, but reports are coming in that Death Wish 2 has some compression and macro blocking issues. I, personally, did not notice anything wrong and my viewing experience was not hindered whatsoever. I thought the films looked rather nice and they are an upgrade over DVD and VHS. Nonetheless, if you are prone to noticing these compression issues or you sit with your nose on the TV screen, you have been warned that Death Wish 2 will have some issues.

As for how they compared to previous Blu-ray releases from Shout! Factory and MGM, to me, after comparing screen grabs, I would say Umbrella Entertainments release falls closer to the presentation provided from Shout! on Death Wish 2 and no real difference from MGM’s release of 3. Once again, I didn’t compare them side by side, but only through screengrabs. I’ve provided a few shots of the film from the Umbrella release, Shout!’s release and finally MGM.

Unfortunately, even though the package lists DTS-HD Master Audio, the disc provides only a lossy Dolby Digital 2.0 track, which is a bit on the low side. They are serviceable, but the lack of true lossless audio is a bit of an annoyance. English subtitles have been provided for your reading pleasure.

The audio may have been neglected, but Umbrella Entertainment made sure to stuff this release with plenty of special features.

First up we have extended interviews that were originally featured on Mark Hartley’s Electic Boogaloo documentary on Cannon Films. These interviews are with screenwriter David Engelbach, Todd Roberts (son of producer Bobby Roberts), cast members Alex Winter and Robin Sherwood. It runs 100 minutes and is pretty informative and rather fun. If interviews aren’t your thing, you can watch a vintage 52-minute making of with behind the scenes footage of Death Wish 3, Runaway Train and House. The feature is titled Action II and was filmed in 1985. Rounding out the first disc are trailers and TV spots.

The second disc, which is a DVD, includes the original theatrical cut of Death Wish 2, the TV cut of 2 and finally the Greek VHS cut of 2. Dear god, how many times do we need to see the same film?

Umbrella Entertainment has done a damn fine job of providing a solid two pack of Death Wish 2 and Death Wish 3. If you don’t own them yet, pick them up. Also, if you happen to look at the back of the case and see the Region 4/B code, don’t worry, the discs are actually REGION FREE. Yay! 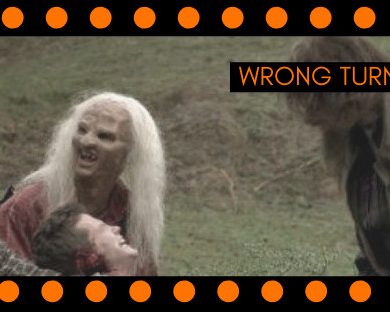