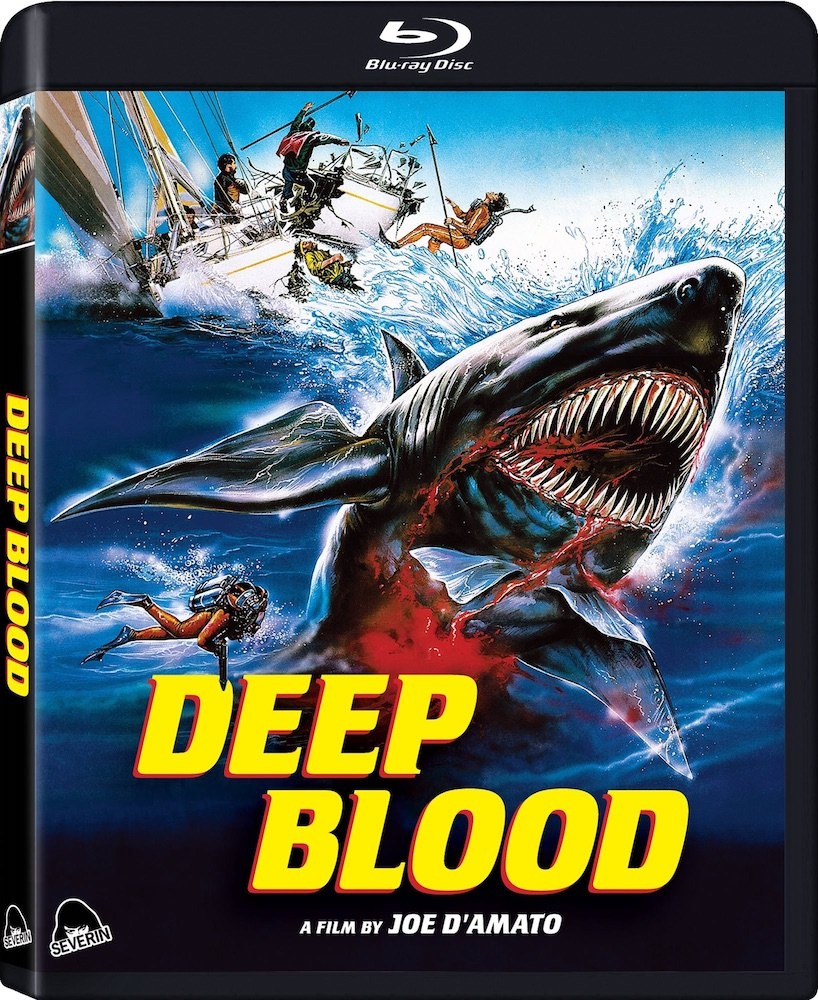 The longest climactic shark battle without a shark you've ever seen

The film takes place on the beaches of Florida, following college-age kids who have come back home for the summer with their own internal woes and some external ones as well. These kids all bonded over a Native American ritual back in their youth – shown in a very odd fashion at the beginning of the film where the direction seems to be more concerned with hot dogs than dialogue – involving the monstrous Wakan, and for some reason this is now relevant to a Great White attack on the coasts that has left a few people dead including one of the aforementioned boys, John (John K. Brune). The rest of the guys band together to get revenge on that damn shark.

Raffaele Donato is technically credited with directing this 1990 snoozer, but D’Amato was truly the man behind the plan – Donato shot a scene or two and dropped out, leaving D’Amato to shoulder the rest of the burden. Is that why the direction feels so off-kilter? Probably not. Deep Blood wants to be Jaws, and you can see that in some of the revenge-fueled scenes where the boys head out on the open sea with chum and TNT-lined meat chunks. But ultimately the real draws of a shark movie – daring underwater sequences, the flash of a dorsal fin, the terror of being close to a shark – are all absent due to its budget. Most of the shark sequences are noticeably stolen from other film footage, and so there’s a disconnect between the events happening in the film and the actual presence of the shark.

This only gets worse as the film progresses and drops some of its sentimental family scenes (seriously, there is a lot of soft sentimental instrumental music in this movie). The film’s conclusion is horrendously overlong as we’re presented with endless scenes of divers swimming through blue water with nary a shark in sight. The anti-climactic resolution is even taken from a different movie, leaving the viewer feeling like maybe they should have just watched that instead.

However, fans of truly bad cinema will enjoy the disjointed editing, poorly-delivered dialogue, and awkward scenes of extras gawking at open water. Other than that, Deep Blood is a smelly chum bucket of gunk.

But hey, for people who love tripe, Severin Films has given us a pretty good Blu-ray to watch Deep Blood in HD glory. This Blu-ray features a new 2K transfer from the original camera negative, which looks excellent. The hazy Floridian locale and ocean views are well-represented here, and there’s a lot of detail in close-up facial shots. Colors pop, especially the very blue underwater sequences, and the only things that look amiss are the insert footage of the shark, which are noticeably deteriorated. Severin’s transfer ensures that viewers will be able to enjoy this shark feature in all its glory.

Audio is provided with English and Italian DTS-HD MA 2.0 mono tracks. Preferentially, the English is the way to go; it’s a little more emphatic than the somewhat more echoing Italian dub. However, both sound fine with that aforementioned sentimental score at the forefront. English subtitles are also included, which are the same for both tracks.

The extra features on this disc are the real letdown, though. Severin only includes a trailer here, which is surprising; one would think there would at least be opportunity for a podcast’s commentary track on this dud or some additional information about the making of the film and its direction change-ups. Alas, the lack of extras means that only hardcore fans of bad shark cinema should seek this out.

If you’re looking for a shark movie without style, wit, or many shark attacks but containing hilarious dialogue, Deep Blood is going to be your jam. Severin has given this a great-looking transfer, but the lack of extras is certainly a bummer. 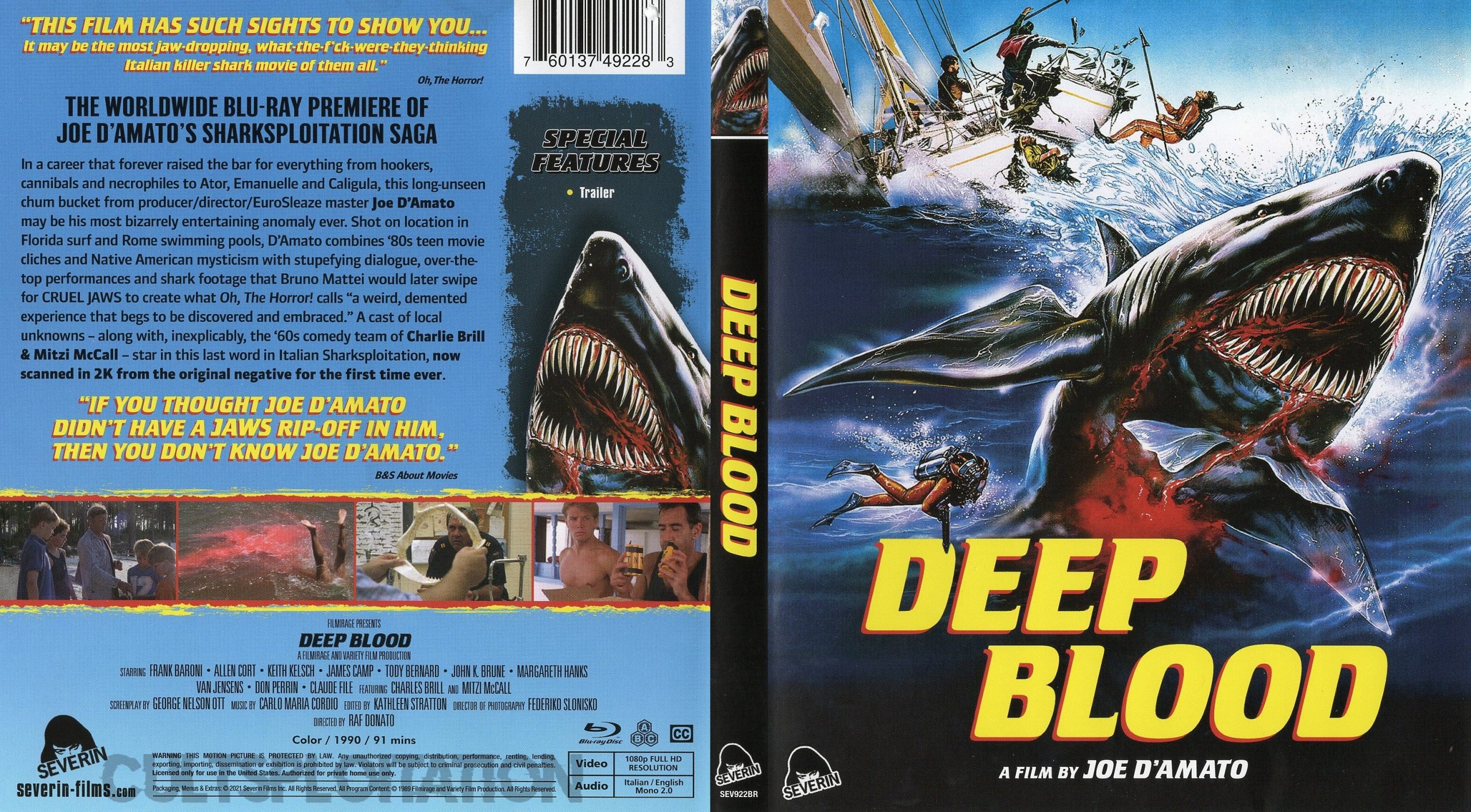