John Carpenter’s action opus Escape from New York released in 1981, which meant fans had about 15 years of expectations between the original and his follow-up Escape from L.A. in 1996. Bringing back one of Carpenter’s most iconic characters – Snake Plissken (Kurt Russell) – meant a careful examination of what worked in the first film as well as modifying its ideas to keep the spirit of New York alive without treading too familiar territory. That’s a tough line to toe, especially with such a long gap between the two films and with a decade and a half of contemporary politics to navigate. But the structure and pacing of Escape from L.A. highlight the main sensibilities of its predecessor, albeit with a more tongue-in-cheek script and a penchant for showing rather than telling with some… less-than-adequate CGI.

The setup for the plot should feel awfully familiar; it’s basically Escape from New York but with a different location, with Snake Plissken this time tasked with tracking down the president’s daughter in the sequestered island of L.A. because she contains a device that can trigger blackouts across the globe. Likewise, the “good” guys are bad and the bad guys good, and Carpenter’s stance on authoritarianism is pretty clear. While the overarching storyline isn’t particularly surprising, it’s also not supposed to be: the film’s definitely poking fun at the idea that Plissken has done this all before, and Russell retains his wry snarkiness dripping with even more disdain this time around.

The meat and potatoes of Escape from L.A. comes from its subplots and explorations of the island’s devolution, though, and not its quest. Plissken encounters a mad surgeon (Bruce Campbell), a starfinder turned snitch (Steve Buscemi), and a Che Guevara stand-in with his main nemesis Cuervo Jones (Georges Corraface). But Carpenter also has time for a very brief love story and tragedy for Plissken when he encounters Taslima (Valeria Golino), a Muslim persecuted for her religion and sent to L.A. for no other reason than defiance of an authoritarian regime. It doesn’t spend too much time on the matter, but the film is most effective when it takes a look at the inner workings of this island; this follow-up, though, is a lot less interested in documenting the various factions of the island than Escape from New York did.

Instead, it finds more time for action-studded exuberance, like having Plissken surf a large wave through the city or use hang gliders to crash Cuervo Jones’ rebellion. The more explicit action requires the exposure of more seams, and at times Escape from L.A.‘s effects are unable to keep pace with its ideas. The CGI is all kinds of terrible in the film, which often cheapens the experience; there’s a dreadful underwater submarine sequence complete with the fakest of fake sharks. This CGI is spread out throughout the film and paired with more realistic action sequences, but it doesn’t stop Escape from L.A. from feeling like a casualty of its release date.

With that said, the cheesiness still makes for a fun experience, and fans of Escape from New York will probably still like this film despite the more upbeat tone and more outlandish ideas. At the end of the day, Carpenter’s still making an intentionally over-the-top movie deeply entrenched in western and neo-noir cinema, and Escape from L.A. certainly sticks that. But its technological capabilities might hold it back for current audiences.

CHECK OUT
Our extensive uncompressed screenshots from this Blu-ray.

With this new Collector’s Edition release from Scream Factory, the first thing you will probably notice is that it’s a lot darker than the previous Paramount Blu-ray. That past release was far too bright, and this release has rectified that with a darker palette that helps to hide some of the egregious CGI effects in the background. The blacks certainly are deep and more prevalent but it never feels too dark, instead matching the color tone of Escape from New York better than Paramount’s Blu-ray could. Likewise, the new 4k scan of the film’s original camera negative provides a nice even grain scale with lots of definition, particularly in close-up shots of Snake’s grizzled face. Background detail is good but also hides the limit of the film’s CGI. A couple of soft scenes are noticeable – one in particular being an early close-up shot of the electronic code device – but overall this new transfer blows the previous HD scan out of the water.

This release comes with both 5.1 and 2.0 DTS-HD Master Audio, neither of which had any major issues except for a brief drop in volume on the 5.1 that I noticed early in the interrogation sequence with Snake – take a look at our Speks below and you can see that occurring on both tracks around the 10 minute mark. Other than that, no particular problems and it also includes English subtitles.

Extra features include some new interviews with cast and crew, including Stacy Keach (not listed on the box), Peter Jason, Georges Corraface, Jim McPherson, and a voice interview with Bruce Campbell. These all range from 7-25 minutes, and like some of the other features on recent Scream Factory releases, they tend to go far too in-depth with the person’s past context in film rather than discussing Escape from L.A. particularly. The Peter Jason interview specifically doesn’t get to Escape from L.A. until about 20 minutes into its runtime, which is far too long and really requires some editing. Of note on this release is the interview with visual effects artist David Jones; he’s a fairly good sport about everything considering the large criticisms lobbied against the film’s CGI, and he discusses how they did some of the effects and the limitations they faced.

Of course, it is a little disappointing neither Kurt Russell nor John Carpenter wanted to do an interview or audio commentary, but other than that, Scream Factory has assembled some nice extras here that add to the value of the already good 4k scan. Along with those new features, this also collects a theatrical trailer, still gallery, and TV spots. Reversible cover artwork is also included.

Overall, this is a good release, but temper expectations noting that the extra features don’t go as deep into the making of the film as many would hope. 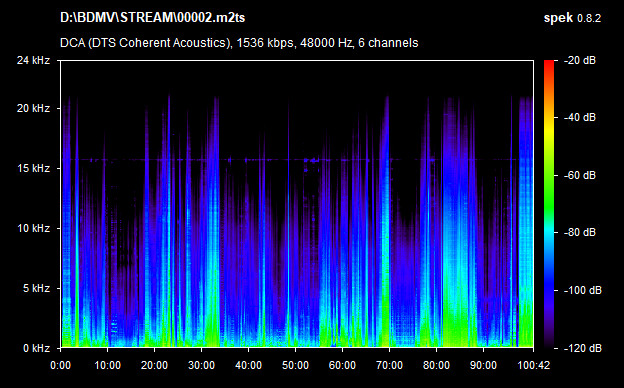 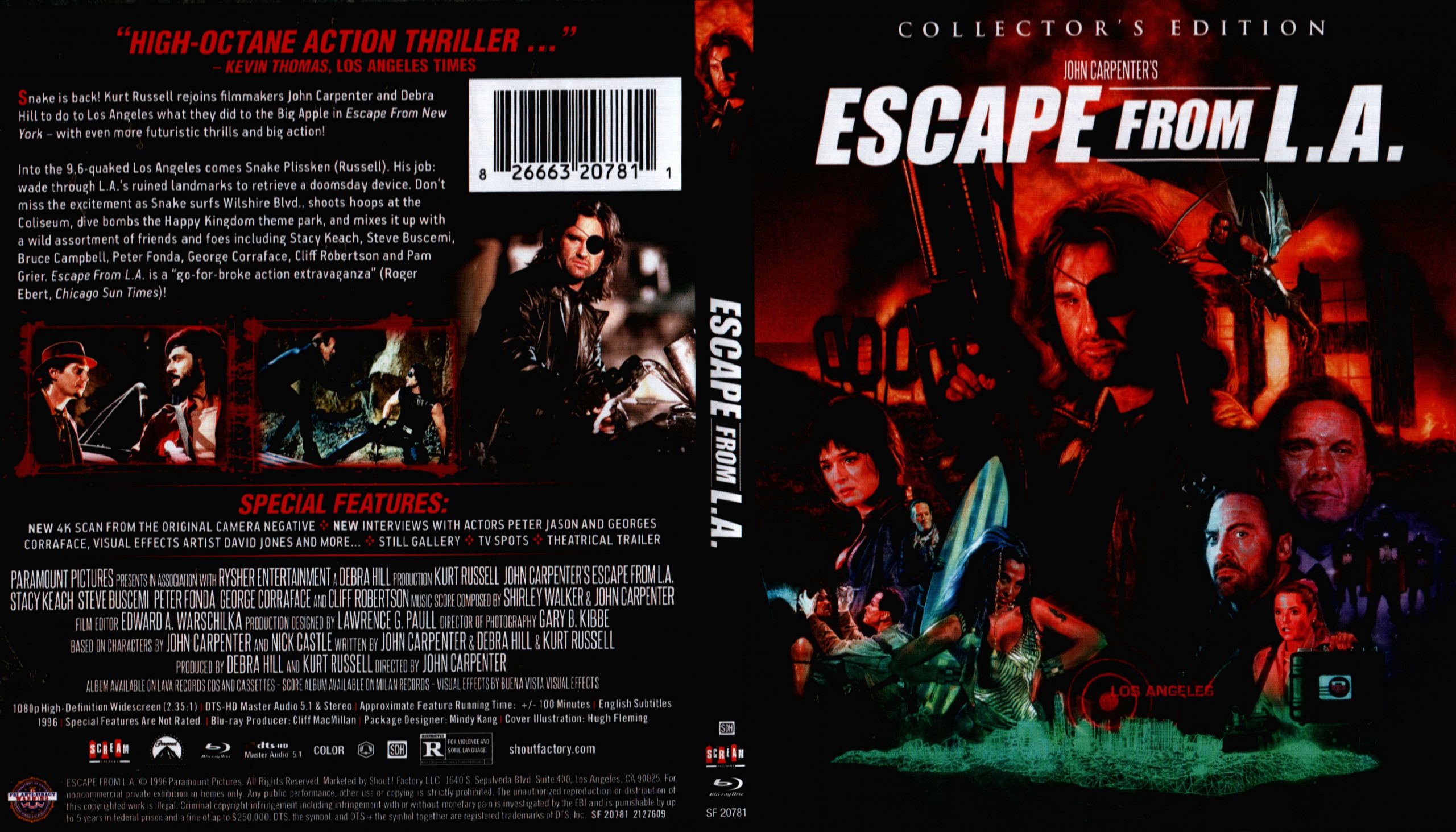 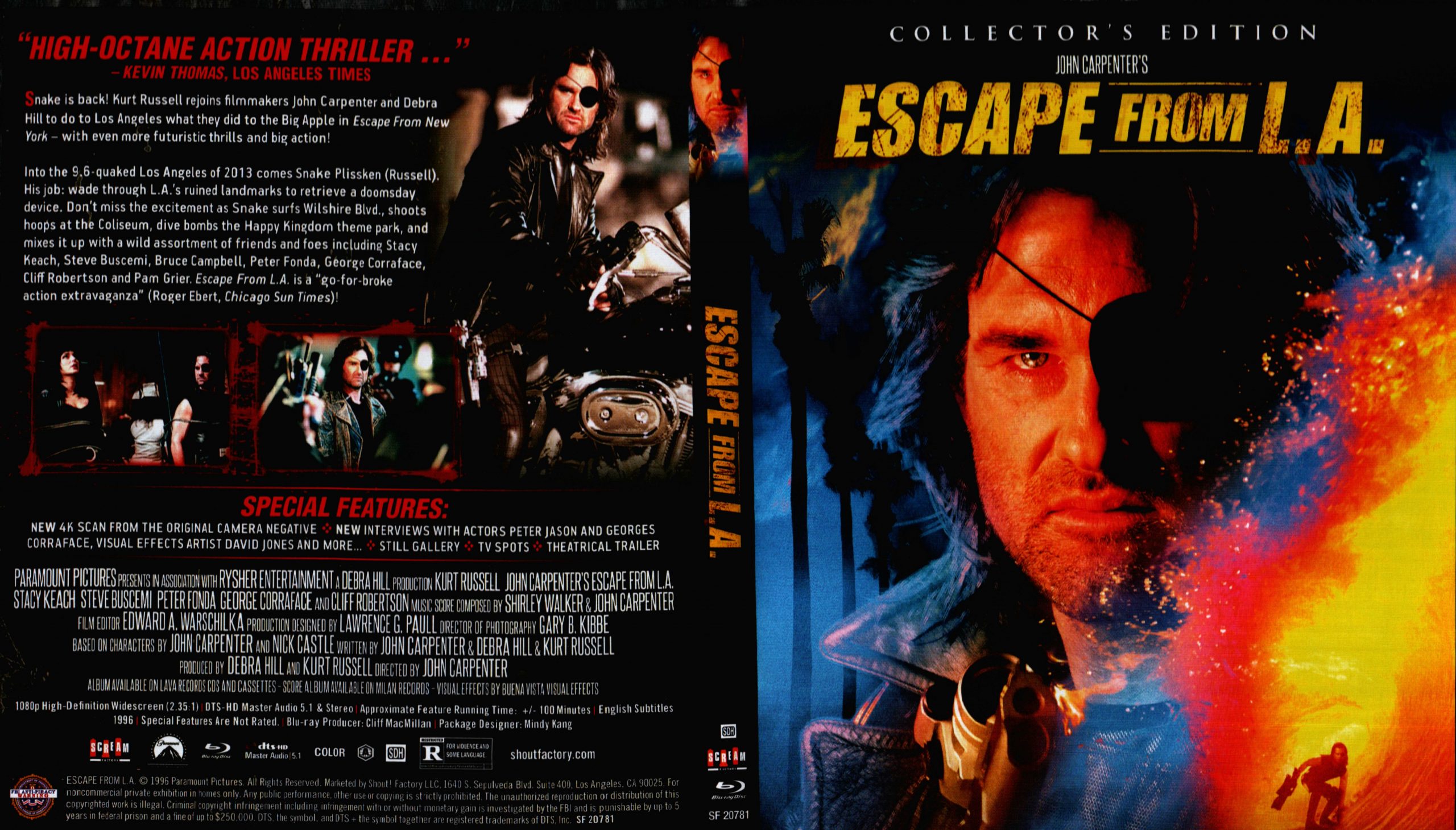