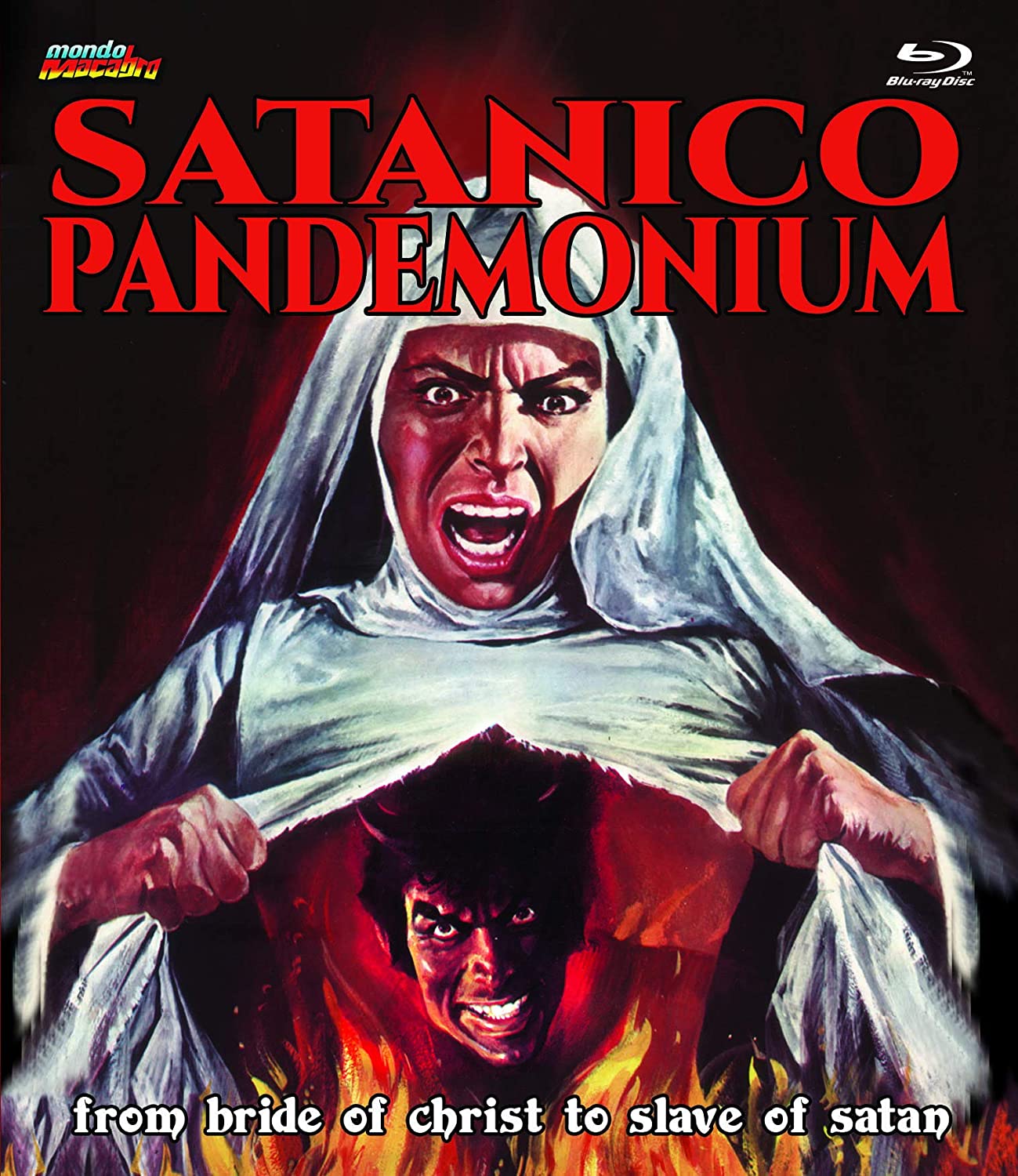 While nunsploitation may be recognized mostly for its lurid content and blasphemous ideas, Gilberto Martínez Solares’ 1975 offering Satanico Pandemonium is surprisingly eloquent in its representation of a nun tempted by Satan into sexual and violent sins. Set in a convent, Sister Maria (Cecilia Pezet) continues receiving visitations from Satan (Enrique Rocha) enjoying some forbidden fruit until she eventually succumbs to the whims of his encouragements, eventually spreading violence throughout the convent both accidentally and intentionally.

While Satanico Pandemonium does have all of the facets of good nunsploitation – violence, sex, nudity, lesbianism, and a penchant for rebelling against the staid rules of Catholicism – it is tactful in its methods, with Solares focusing more on the eeriness and surreality of the situation rather than the explicit content. Gustavo César Carrión’s soundtrack adds a great layer to this, with a brooding and noise-filled score that helps set the tone early in the film. Satanico Pandemonium features a relatively sparse cast as well, with Pezet doing the brunt of the heavy lifting and she excels at shifting Sister Maria’s mindset over time.

The violence and nudity isn’t particularly explicit, but its connotations certainly are. As mentioned, there’s a lesbian seduction sequence with full nun regalia that would give the devoutly religious palpitations. There’s also a fairly prescient rape scenario between Maria and a younger boy that is minimal and still moderately disturbing. Solares’ minimalistic tendencies would seem at odds with some of the exploitation genre’s more overstated fancies, but they actually make Satanico Pandemonium that much more effective as a story.

On the other hand, though, the film can also feel a bit slow in its meandering, with Solares getting caught up in the effects of the admittedly beautiful cinematography and the dullness of convent life. That is, in part, the intention – it shows the reasons Sister Maria might be tempted to sin rather than live her extremely structured lifestyle – but it also makes for a tedious experience in-between the nudity and bloodshed. If Solares had pared back just a little of the film’s excesses, Satanico Pandemonium could have been an extremely satisfying foray into nunsploitation minimalism.

Still, this is definitely a film worth watching; it is easily one of the more effective and affecting works to come out of the subgenre, and missing it would be a sin – especially the twisty ending. Just don’t go into it expecting a real barnburner (though that happens too).

CHECK OUT
Our extensive uncompressed screenshots from this Blu-ray.

Mondo Macabro has thankfully brought Satanico Pandemonium to Blu-ray so that everyone can upgrade their collection. The first thing you’ll notice when queuing up the film is that you’re presented with two different options. One is a pre-print version scanned in 4k that has some slight optical blemishes; the other is a scan from a 35mm positive print that does not have the blemish. The flaw in the pre-print scan is extremely minor and doesn’t mar an otherwise pristine experience; there’s a light filmic grain with excellent vivid color timing, with an overall consistent look that truly makes this film pop. The positive scan is a bit rougher in that it features more inherent softness, a noticeably less vibrant color, and a heavier, more obstructive grain.

I wholeheartedly recommend the pre-print over the theatrical version, but it is nice that Mondo Macabro has chosen to make both of them available.
0
Which one do you prefer?x

The film’s sole soundtrack is a DTS-HD MA 1.0 Spanish track that sounds great with no real issues. English subtitles are automatically turned on and have no mistakes save for lack of punctuation during dialogue.

Extras include a new audio commentary from Kat Ellinger and Sam Deighan to go along with your viewing experience, as well as pre-existing extras including an interview with co-director/writer Adolfo Martinez Solares – who goes into detail about many movies done by Solares – and an interview with Nigel Wingrove from Redemption Films about the nunsploitation genre.

While there isn’t a lot of new content, the real treat is just having this film on Blu-ray with not one but two options for viewing. 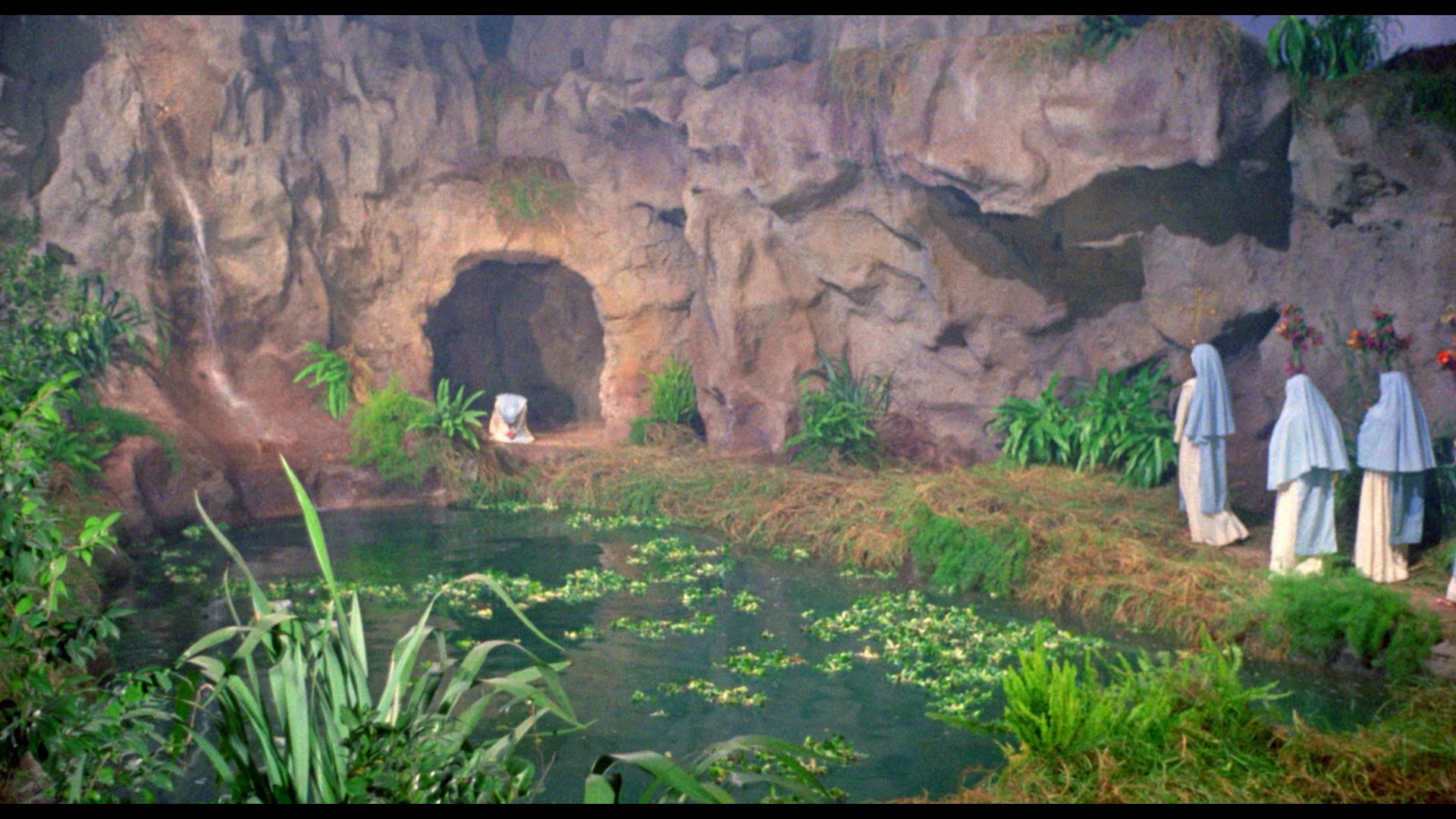 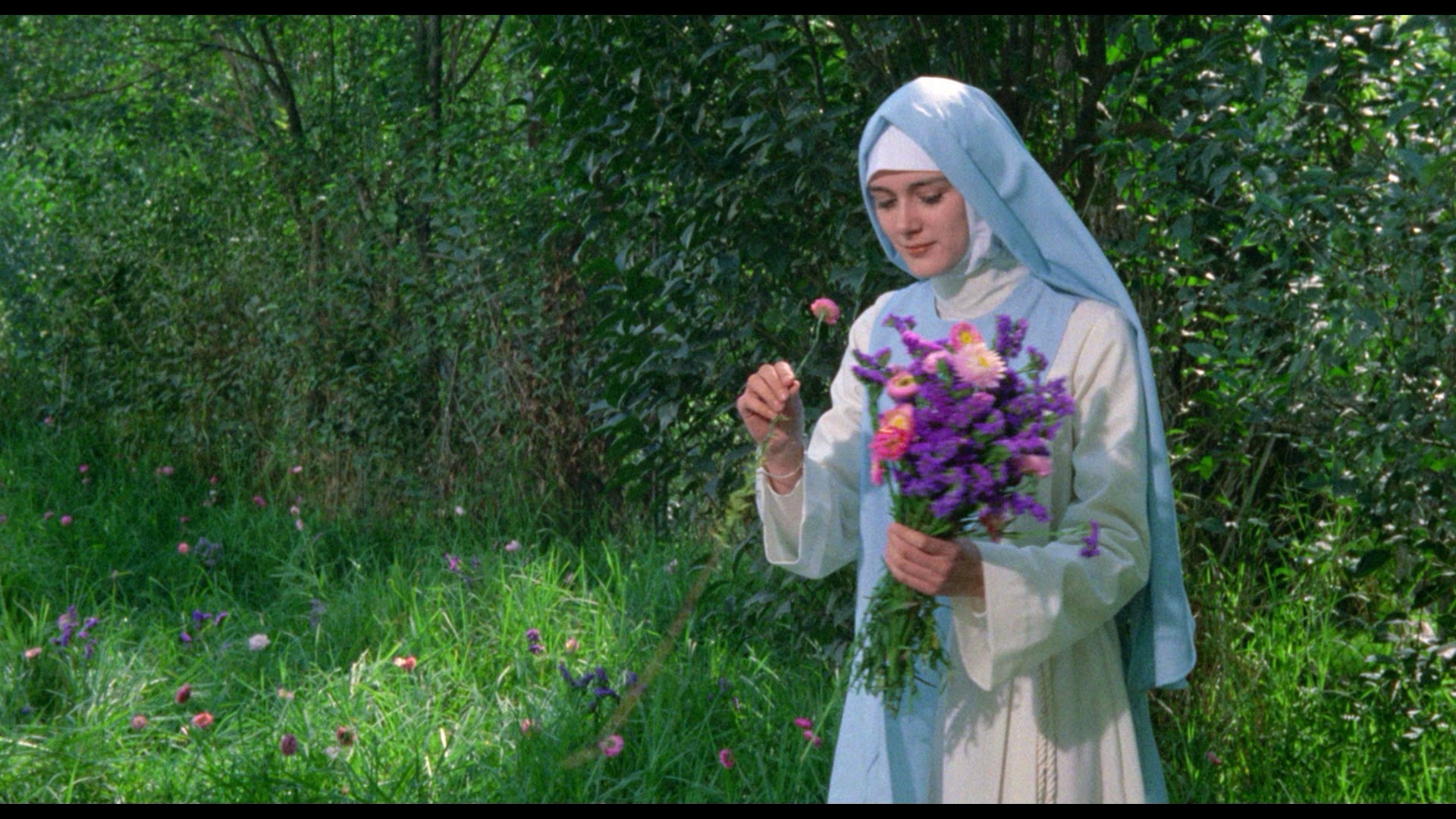 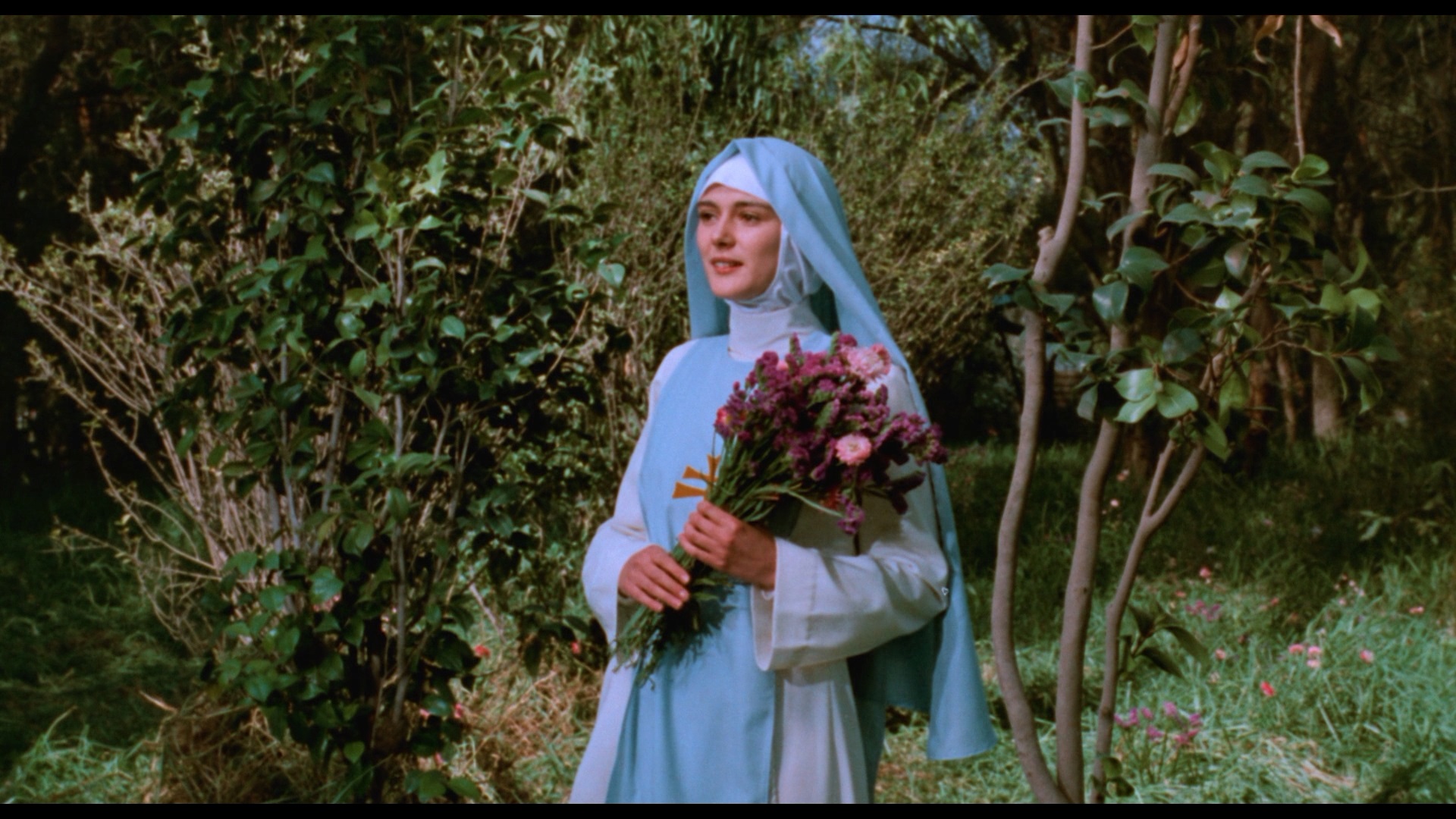 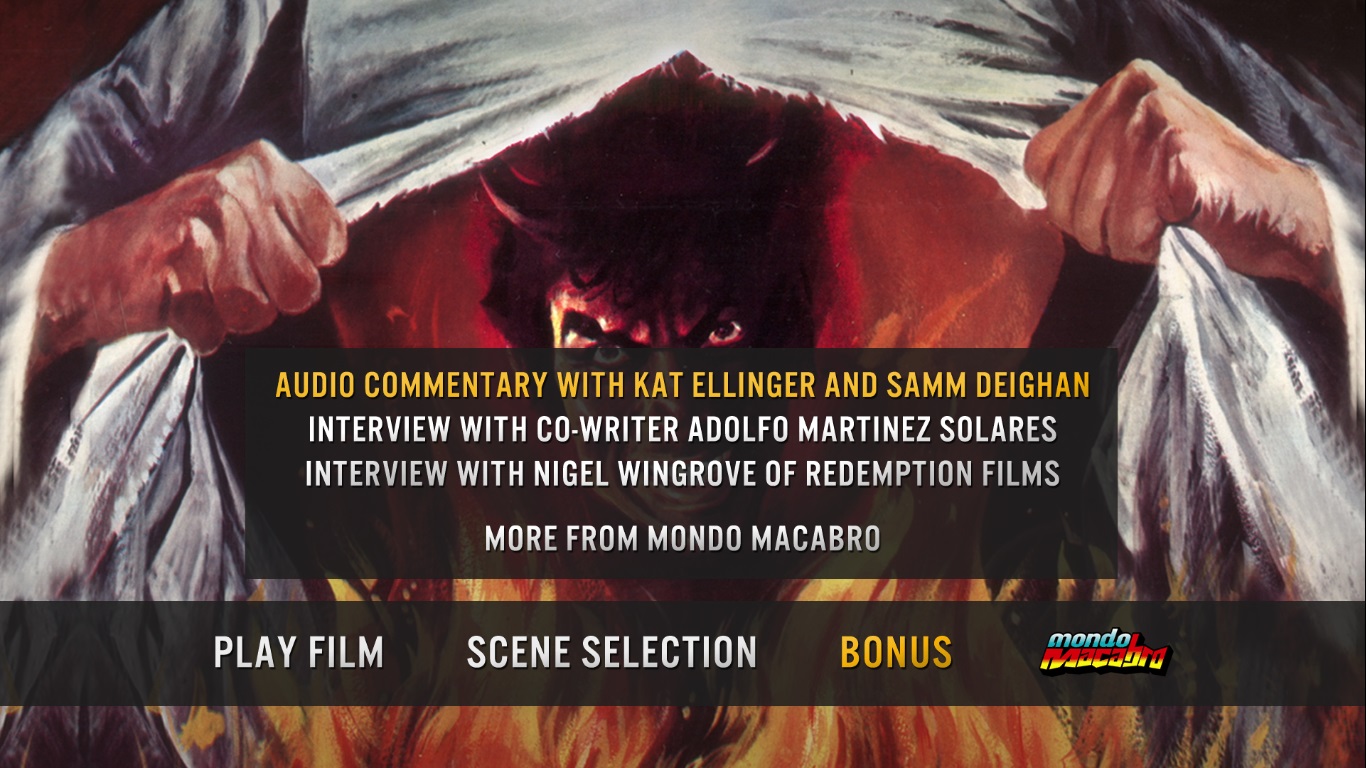 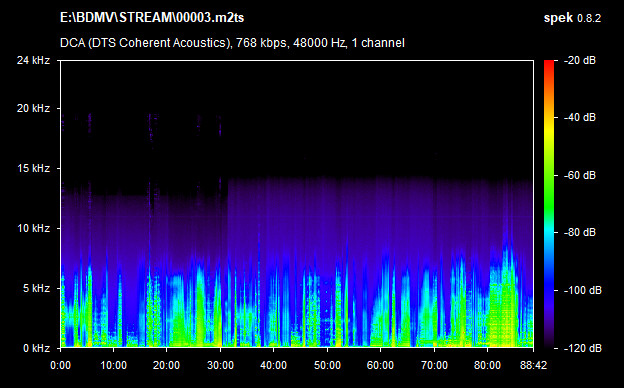 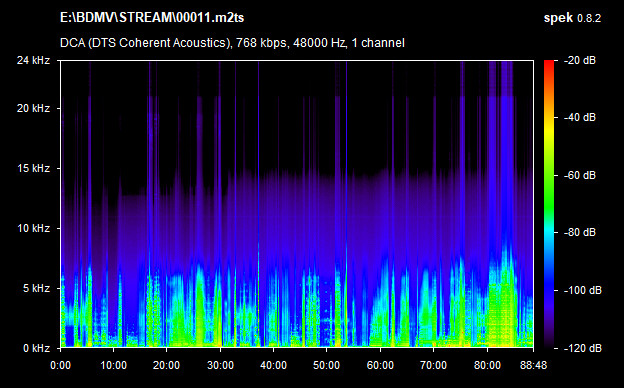 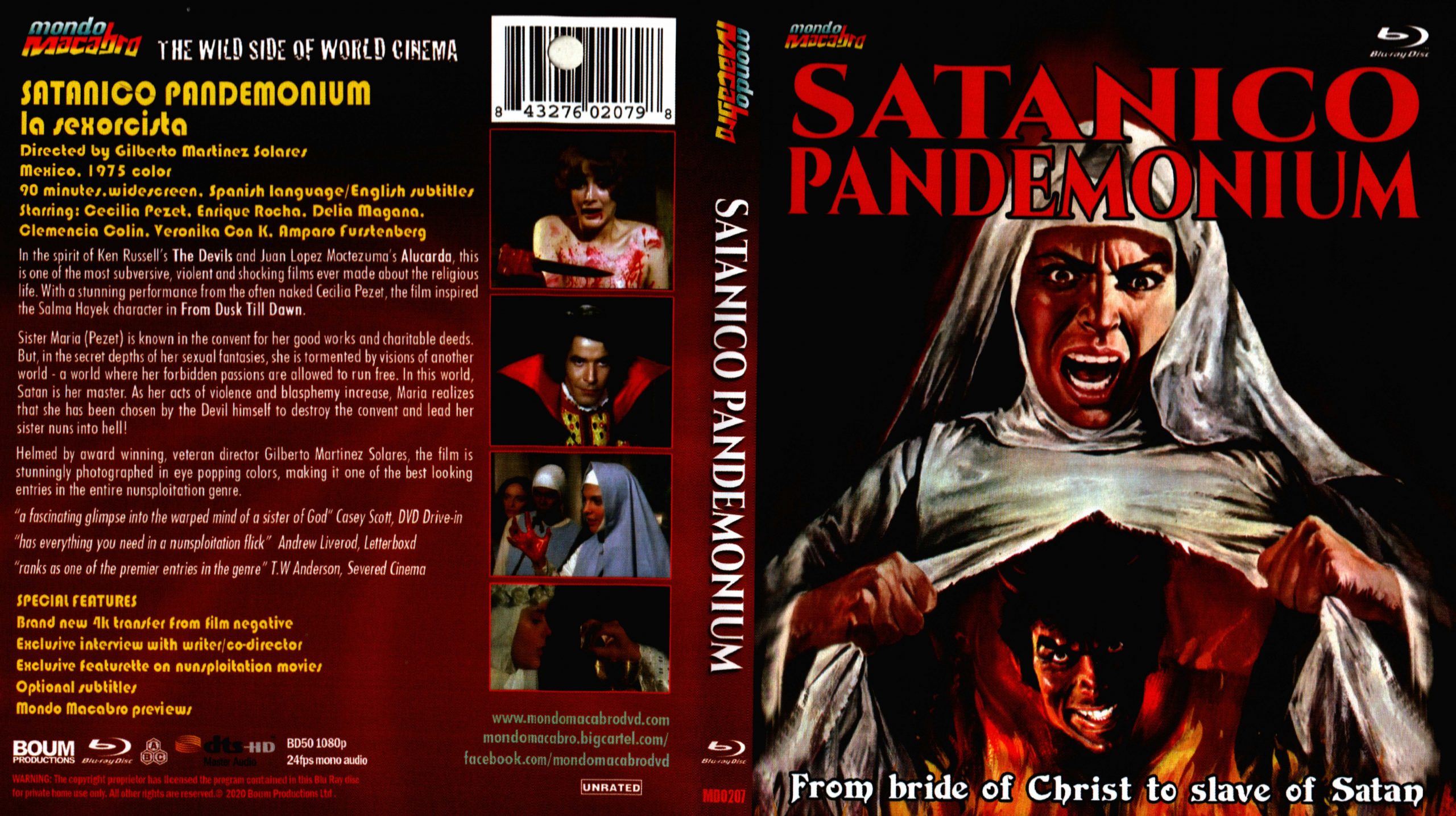