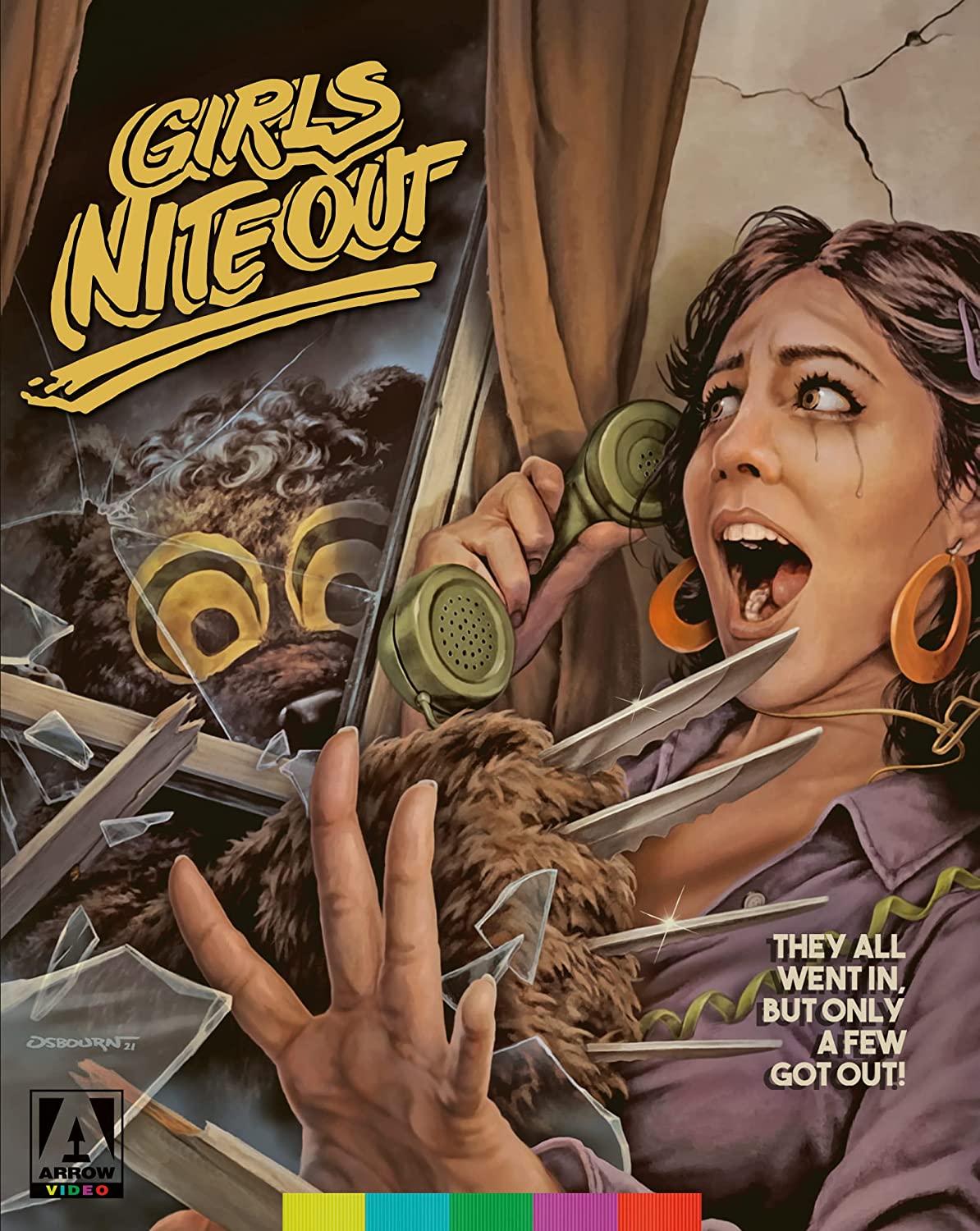 Everyone knows that slashers follow a pretty particular formula, and even by Girls Nite Out‘s release in 1982 that formula had been pretty well-established. Take a bunch of co-eds, a particular setting, perhaps a holiday, and add a serial maniac to the event (hopefully one obsessed with sexual purity) to let everything fly off the handle. Robert Deubel’s film is somewhat unique, though, in that it never truly feels like it completely knows where it’s going at any one time.

That’s not necessarily a bad thing, because Girls Nite Out is an enjoyable experience in its own right as a product of independent filmmaking adhering to the tropes of the sub-genre. Here, the products of the slasher are taken to its most extreme – instead of a small cast of characters, there are about fifteen of them, all with pretty similar looks and personalities that make them relatively indistinct throughout. This is detrimental to actually caring about any of them, but they sure make a lot of fodder for the killer, who is a claw-knife wielding bear mascot terrorizing the student campus after a very successful basketball game and the subsequent scavenger hunt from which the film derives its title.

The kills are somewhat tame considering what would come next in the sub-genre, and the motivation is questionable at best especially with the film’s final (almost nonsensical) twist. But Deubel’s film plods along with a nice pacing and a series of spaced-out murders that allows almost any one of the characters to be the killer – and it’s doubtful you’ll ever truly figure out who it is before the reveal. Whether that’s due to your own inability to keep track of who is cheating on whom amidst the sea of hair is up for discussion.

While Girls Nite Out is definitely not going to turn heads as a groundbreaking moment in slasher history, it does have a number of merits and will likely entertain even the most seasoned aficionado. Its flaws mostly stem from a messy plot made up as it goes along and the fact that its killer motivations and reveal leave something to be desired. But hey, Hal Holbrook is here and he makes the most of it; viewers would also do well to just accept what Girls Nite Out offers at face value.

Arrow Video has brought Girls Nite Out to Blu-ray with a new 2K scan of the best existing elements. A disclaimer is provided at the beginning of the film as well as in the essay booklet about the quality of the source material, noting that pre-print materials no longer exist for the film and Arrow was forced to compile a number of different print releases together to pull the best footage from each source. Noting that this was obviously a fairly difficult process, the results are overall very good. The image quality looks fairly consistent throughout despite a couple of moments of SD material, with a pretty natural grain scale and a good amount of detail. Various bits of damage and vertical lines are evident but never truly distracting, and color timing matches surprisingly well. The most noticeable lack of definition occurs during the film’s many dark sequences, which can occasionally become so murky it’s hard to make out the action on-screen. However, this is not just a problem with the transfer but the actual lighting during the shoot, which is noted in by some of the actors in the extra features. Overall, despite the problematic source material, Girls Nite Out looks very good on Blu-ray thanks to the hard work assembling pieces to fit the whole.

Audio is presented with a LPCM 1.0 mono track that sounds excellent with no dialogue drops or noticeable hiss. It’s a solid but unremarkable soundtrack. English subtitles are also included.

Extra features are numerous. A new audio commentary track with Amanda Reyes and Justin Kerswell provides a lot of critique on the film’s slasher elements and its somewhat liberated female characters. Multiple new interviews with the cast are provided, including Lauren-Marie Taylor and John Didrichsen, Paul Christie, Lois Robbins, Julia Montgomery, as well as an archival interview with Julia Montgomery too. These total around an hour of new content. Also included is the alternate title card The Scaremaker and trailers.

The release comes with a slipcover box featuring the original VHS artwork on the back side. New reversible cover artwork is also included, along with a booklet containing a comprehensive essay about the film’s production and release by Michael Gingold.

Girls Nite Out is a fairly standard slasher but it is certainly entertaining enough to recommend a viewing prior to purchase to ensure enjoyment. With that said, Arrow Video has assembled an excellent Blu-ray release including good video quality and a number of extra features to provide additional context to the production. 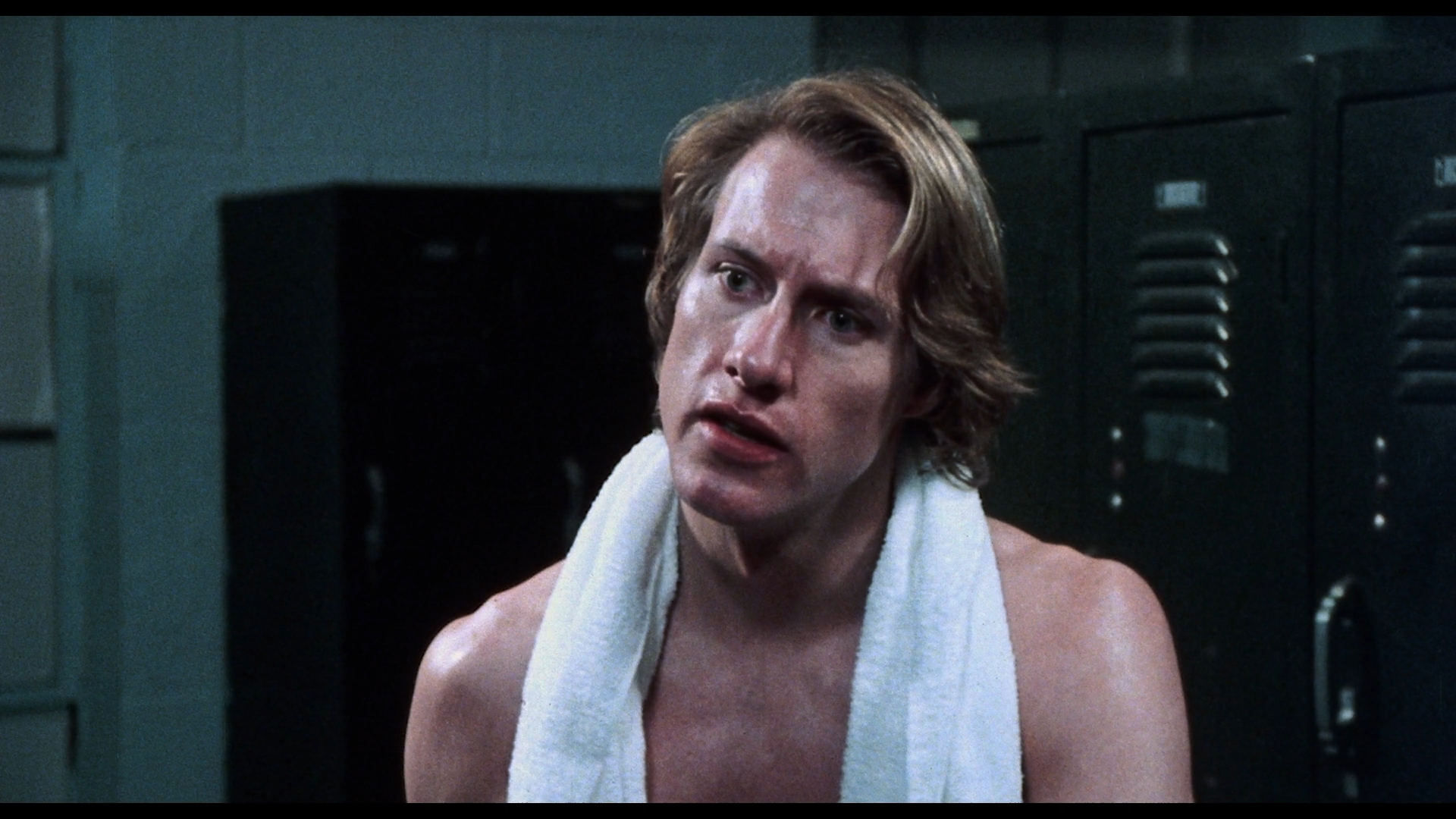 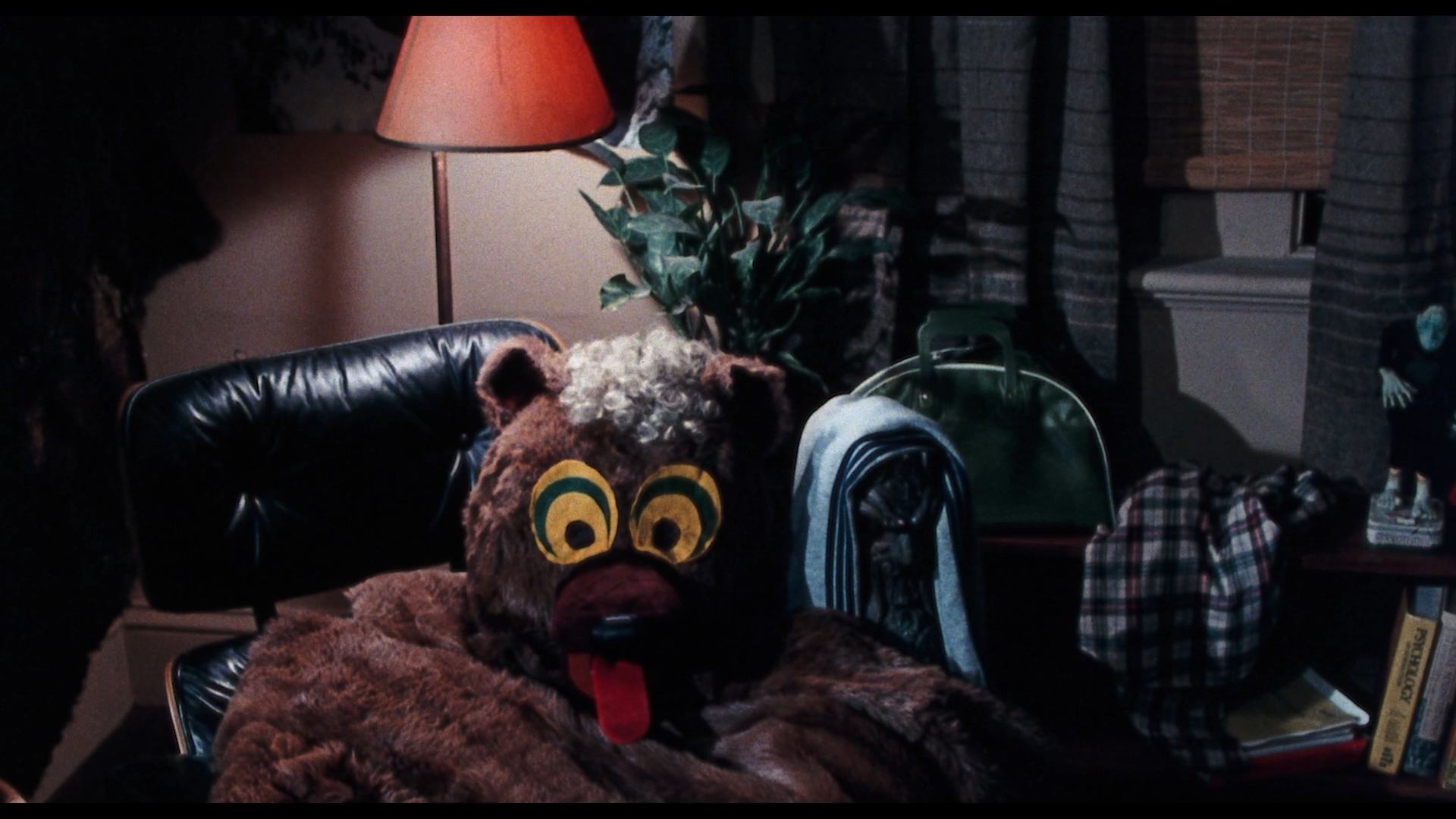 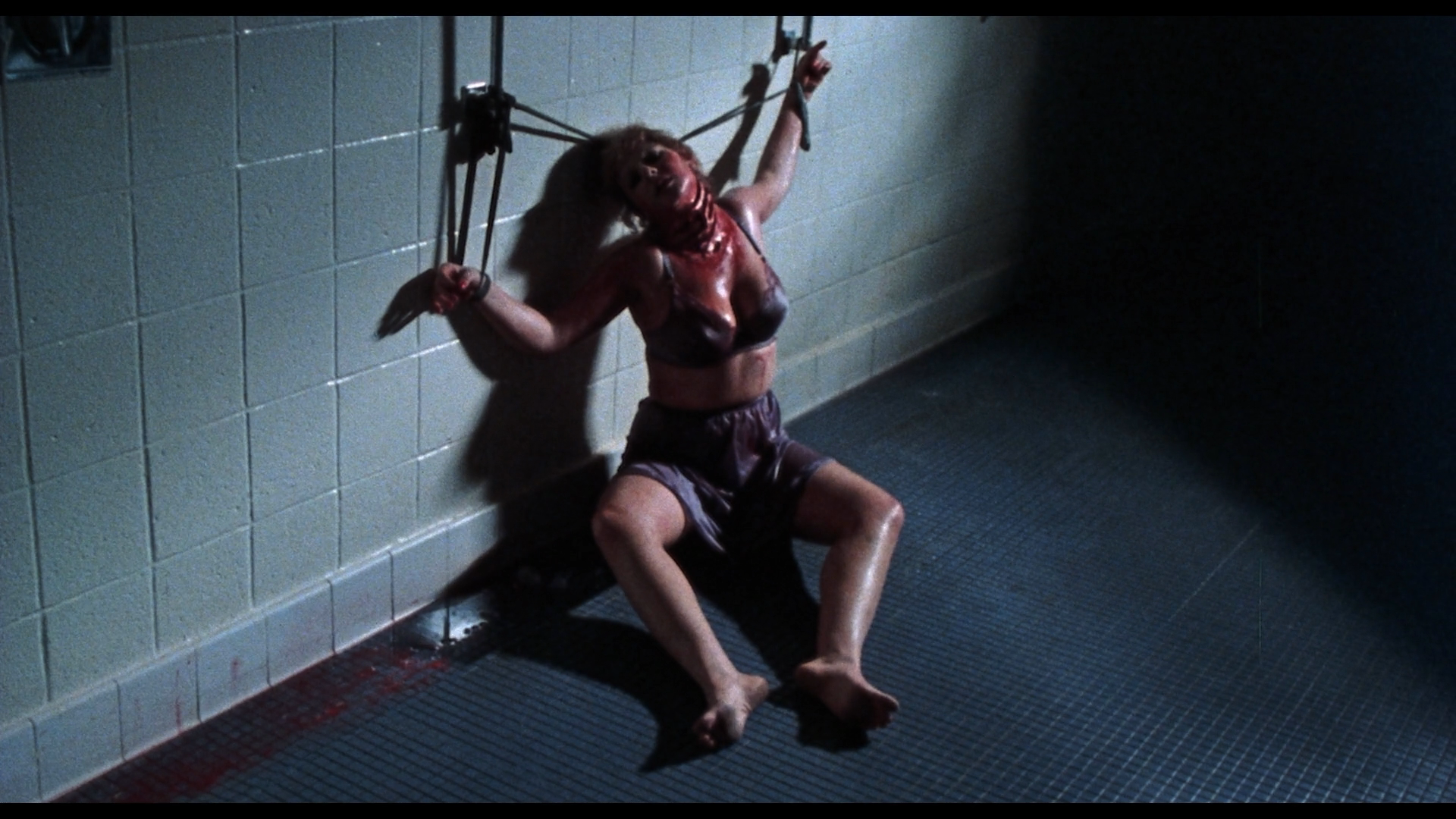 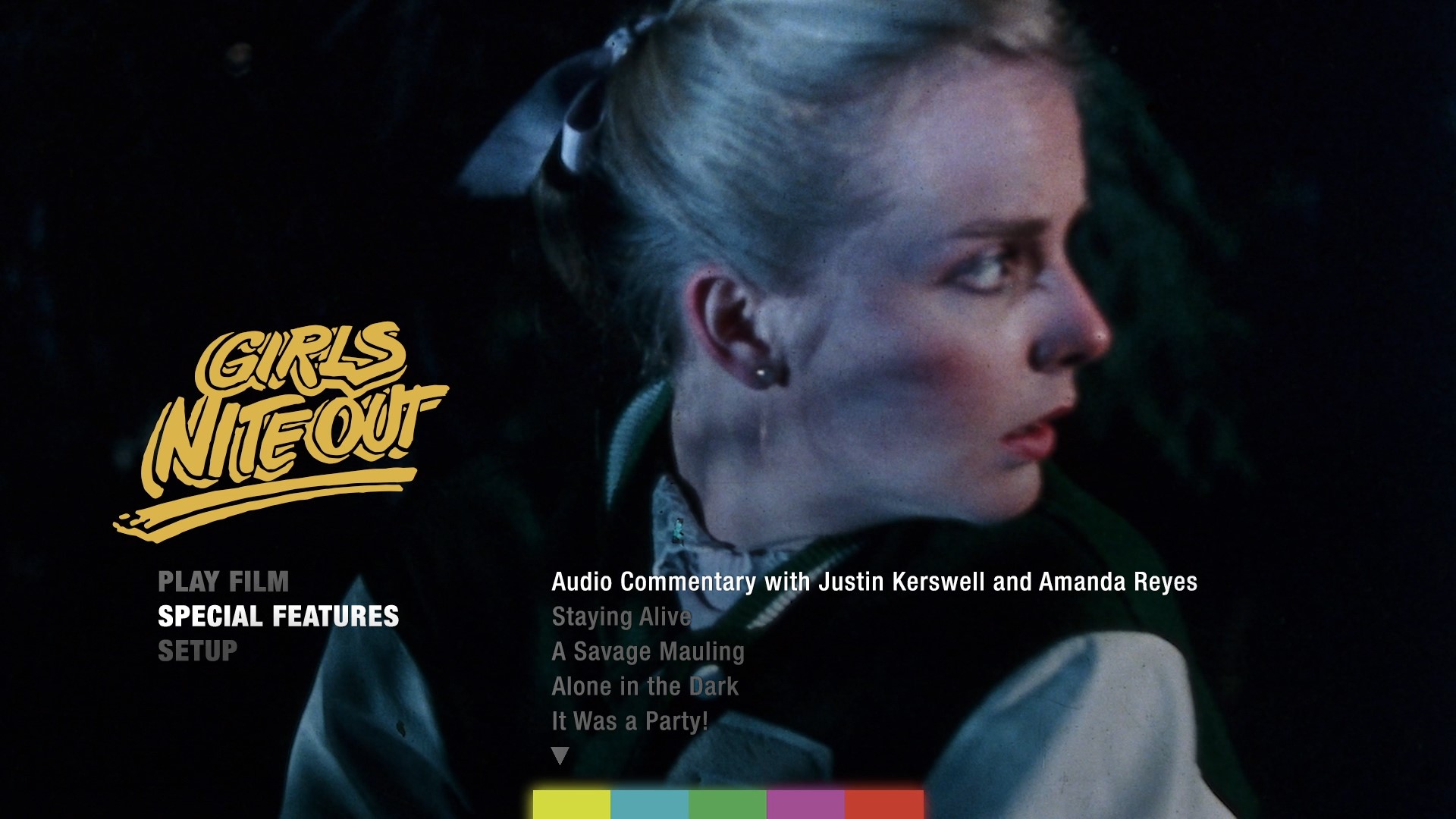 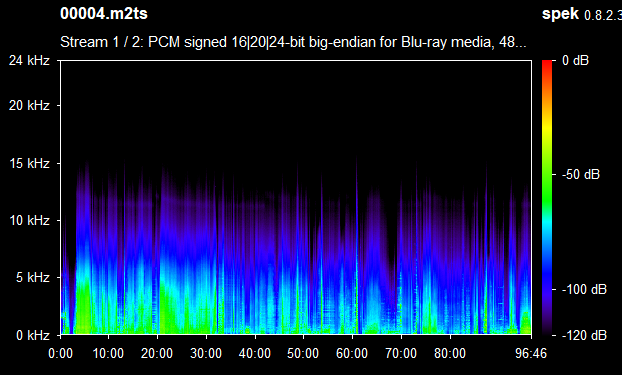 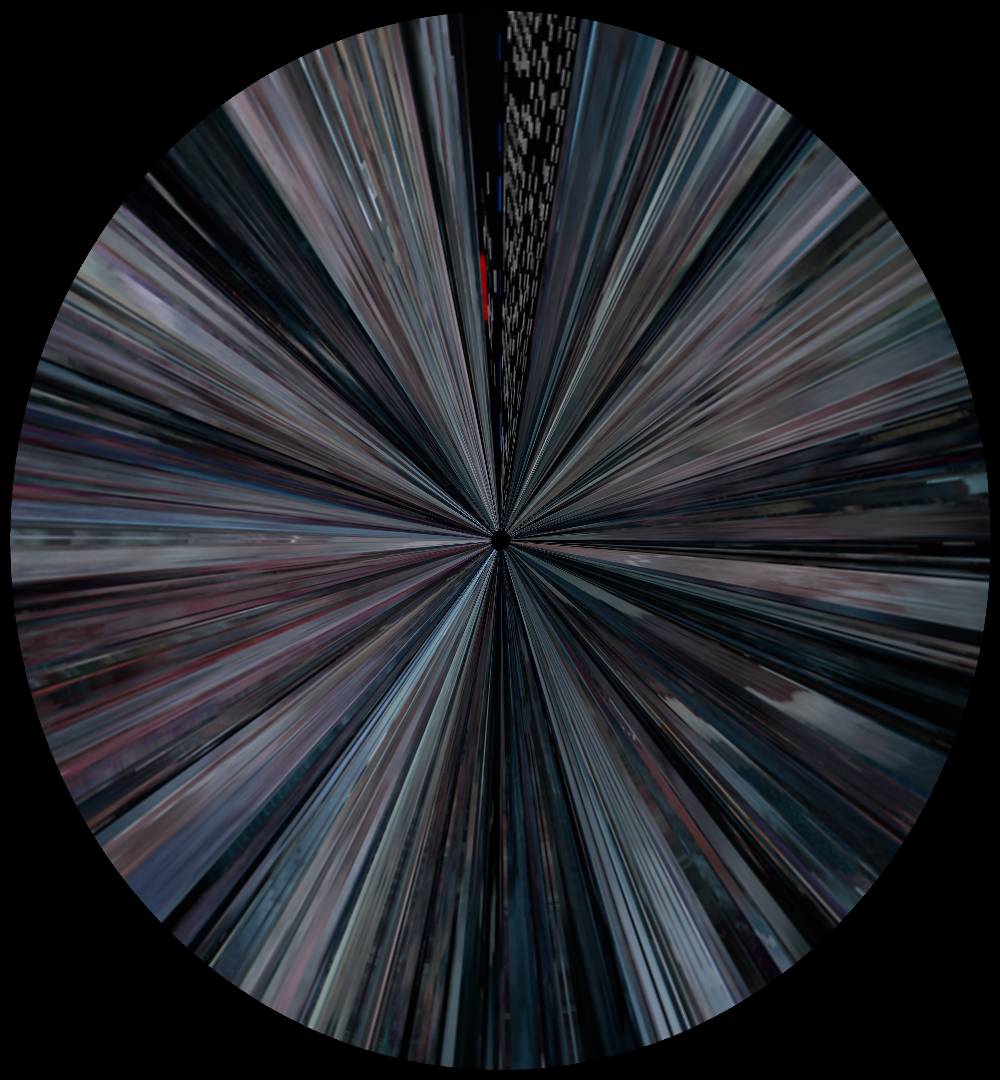 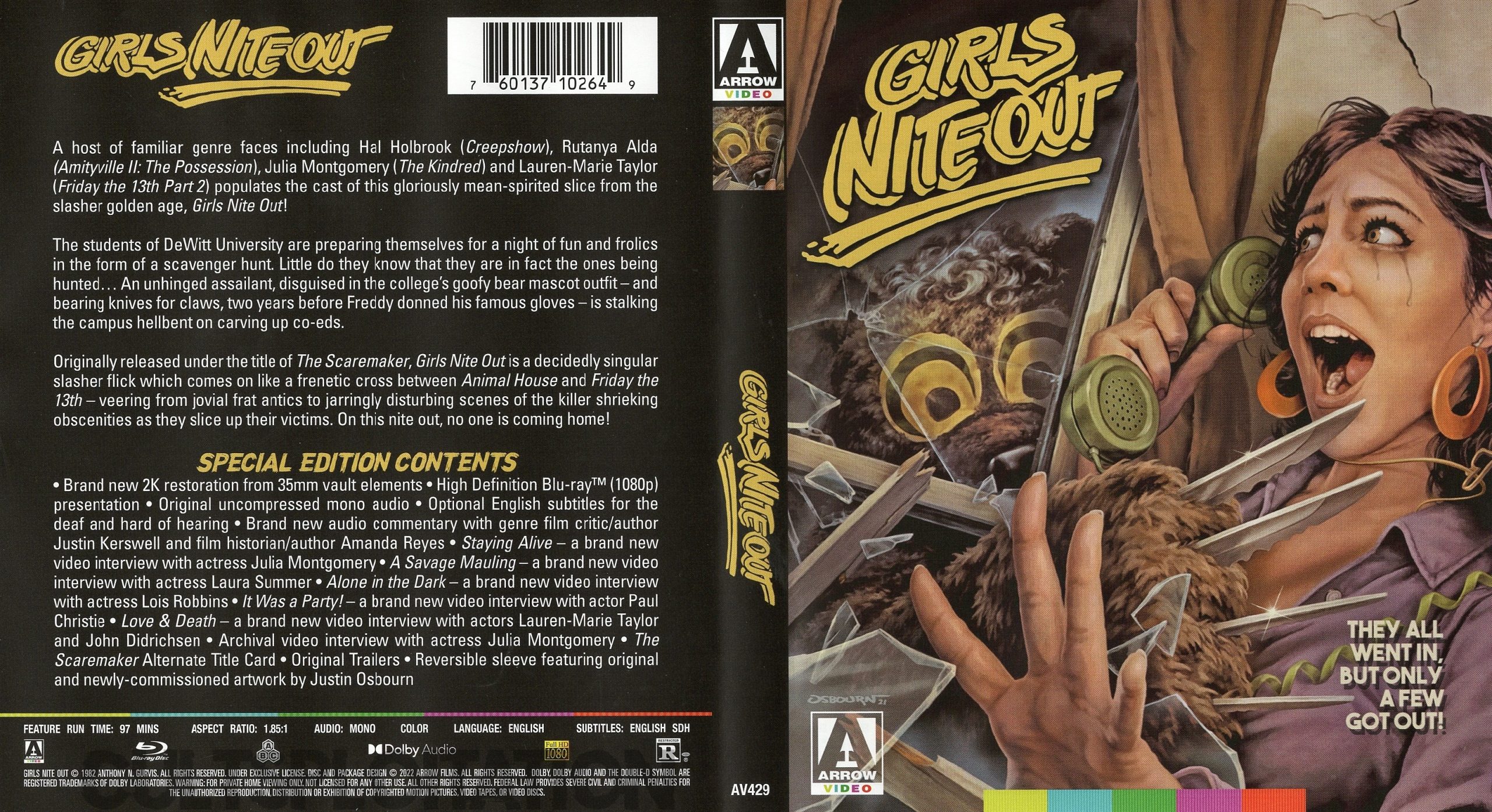 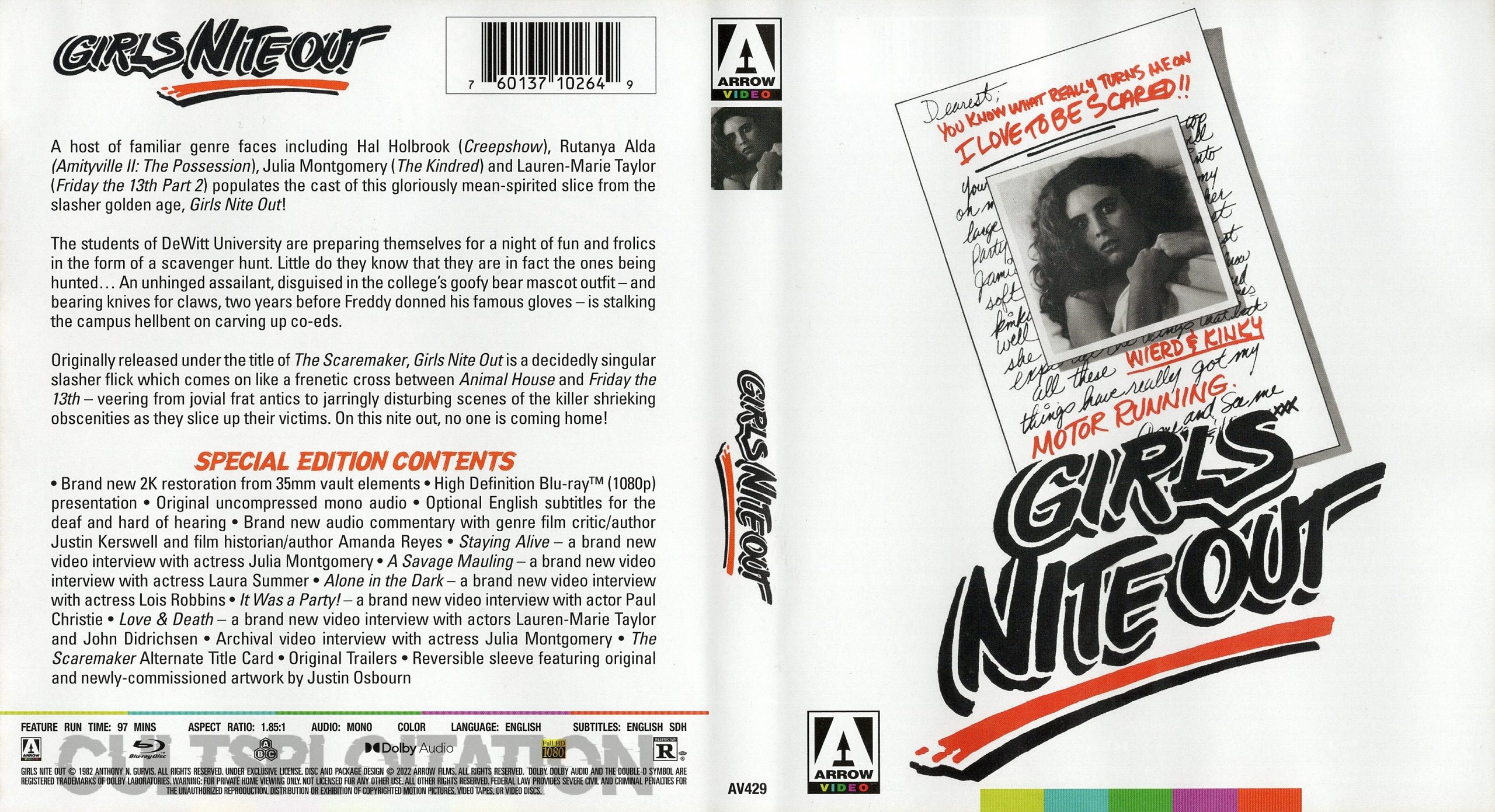 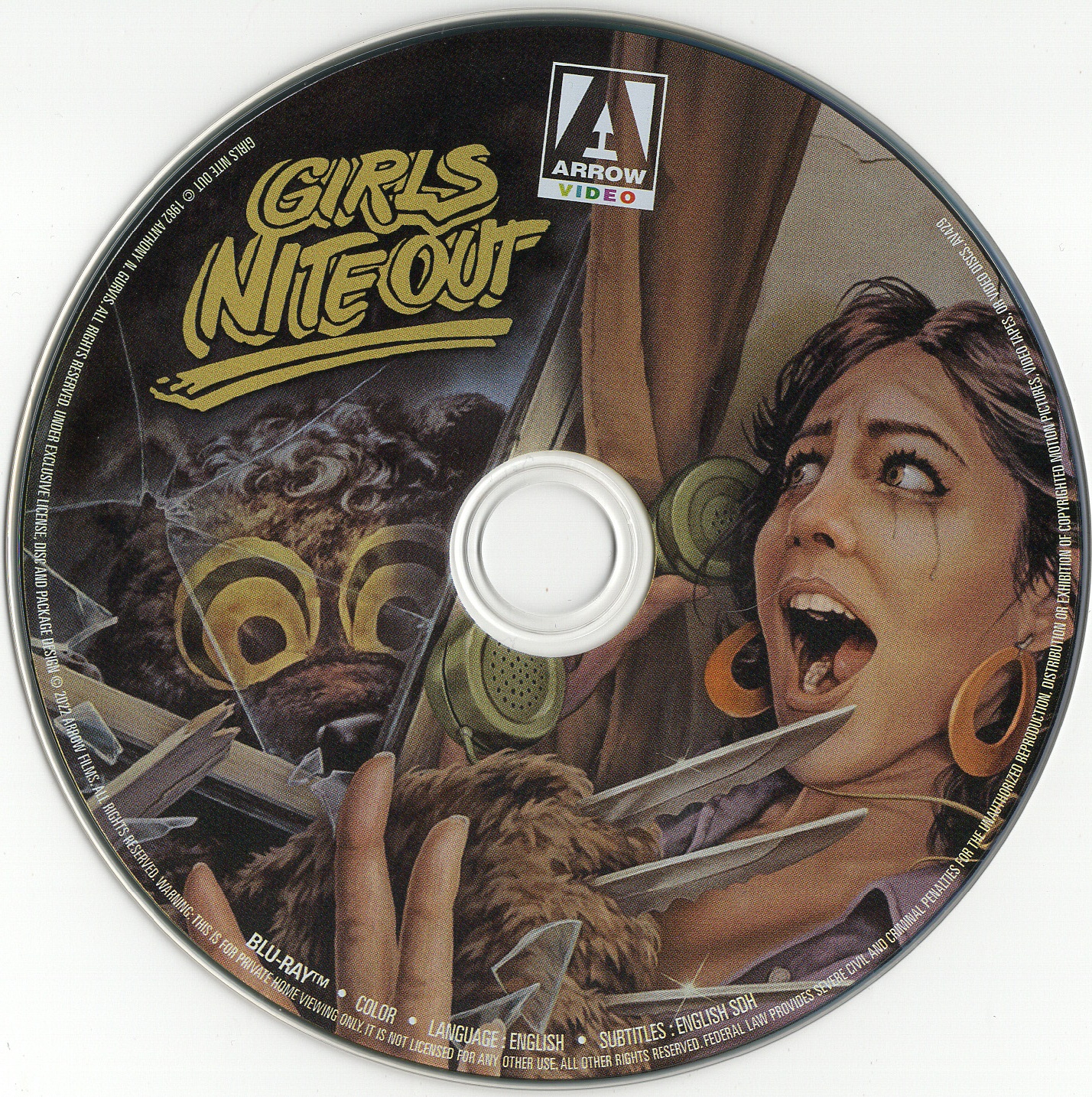