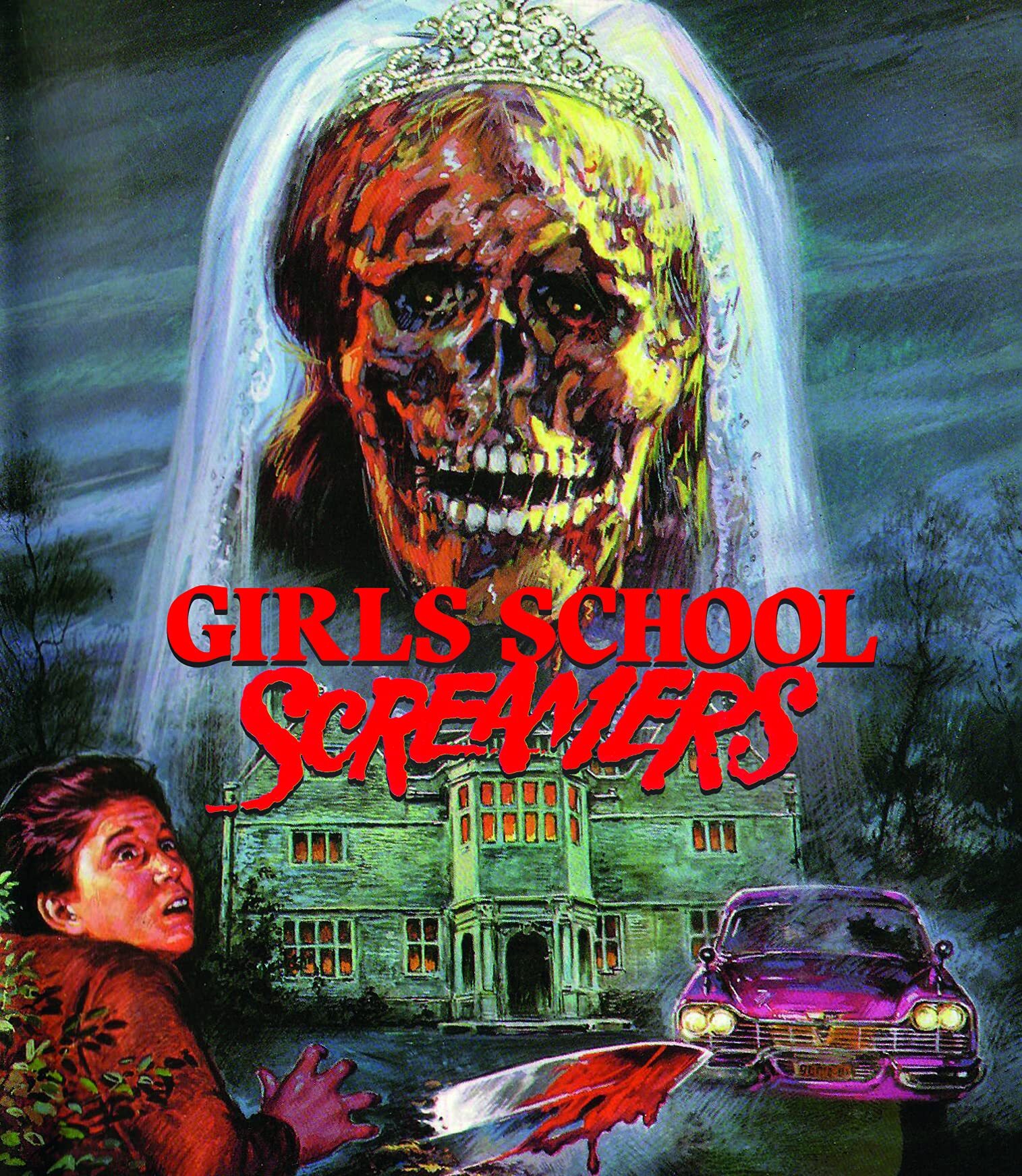 Girls School Screamers is an eye-catching name. It’s got an alliterative pop to it. Separating both pieces of the phrase effectively attracts both types of horror film fans – those looking for the T&A are assuredly loving that it’s a “girls school,” with all the comely elements that that entails; “screamers” indicates we’re in for some sort of slasher film. Throw them together as a Troma-distributed film and it sounds like we may have a slam dunk! Well… not exactly. While there is a girls school in the film and they do tend to scream, director John P. Finnegan isn’t really interested in a sleazy approach to his film, instead shooting for something more Hitchcockian in its murder sequences. Of course, Lloyd Kaufman and company got their hands into the final cut of the film and added some sloppy gore, but ultimately Girls School Screamers is a tepid tale about a group of college girls from a Catholic school heading to a recently-abandoned estate to clean up the place and eventually encountering the old, presumably dead owner, who wants to take one of them as his bride since she is the incarnation of his previous forbidden (for good reason) love.

Girls School Screamers is quite obviously low budget; the acting is immediately suspect, and the set pieces look pretty cheap except the admittedly eerie manse. However, overlooking all that, Finnegan provides a pretty good hook early on with a creepy encounter in the mansion before the rest of our girls head out there to give Tyler Welles’ (Charles Braun) trophies a good polish. The storyline is fairly standard: haunted house story, girls are tormented by something killing them off one by one, and Jackie (Mollie O’Mara) finds a portrait that shares quite a resemblance to indicate that she’s some long-lost relative pulled back to the house. Finnegan even gives flashbacks about Welles and his niece, who he grooms over the period of a summer hoping to get her to agree to spend the rest of her life with him traveling the world.

But Girls School Screamers is also very slow, with the first 45 minutes or so painstakingly devoted to the girls having a fairly uneventful seance or montages of them taking inventory of Welles’ antiques. Finnegan does note in his interview on this Blu-ray that the film was meant to be more of a slow-burn mystery with less grue and more mood, and that does sometimes translate to the foreboding atmospheric elements, especially throughout the exploration of the house. Unfortunately, the tacked-on gore effects – while fairly good – also sour Finnegan’s intention, and these elements even send the storyline spinning out of control because Girls House Screamers‘ incorporation of a maggot-infested ghoul makes very little sense as it continues to  appear throughout the film.

There’s heart in Girls School Screamers and an intention to make something a bit more nuanced than the usual lurid slasher movie, but that also comes at the price of a languid pace, a familiar storyline, and a mishmash of Hitchcockian-inspired murders intermixed with more gruesome gore. While Finnegan’s film is truly not terrible – in fact, as a very low-budget production with amateur filmmakers, its cinematography is pretty good – it certainly doesn’t have much to bring viewers back for more. It’s worth one watch to see this labor of love play out, though.

Vinegar Syndrome has released Girls School Screamers on Blu-ray with a 2K scan of the original 35mm camera negative, and the results are consistently very good. The film has a pretty heavy grain scale that does tend to add some softness to the footage, but overall the transfer provides good depth and clarity that effectively portrays the dust-caked interior scenes and moody cinematography. Clothing textures are apparent and skin tones are consistent. Occasional damage does crop up including a short appearance of a line through the middle of one scene; however, the source material seems well-preserved. Darks can be deep without much delineation at times. Overall, Girls School Screamers looks about as good as one can hope for this project.

Audio is a DTS-HD MA 2.0 mono track that sounds quite robust with strong dialogue delivery and an enveloping synth score. Occasional sybillance issues are noticeable but not distracting. Also included is a Dolby Digital 2.0 track that’s not identified on the box art or extras. English subtitles are provided.

Extra features include two new audio commentaries, one with director John P. Finnegan as well as a group commentary with editor/assistant director Tom Rondinella and second assistant camera/second assistant director Bill Page that feature a wealth of behind-the-scenes information. If you don’t have the time to sit through commentaries, though, the new making-of featurette “28 Seconds of Violence” features a number of crew members walking through the process of filming Girls School Screamers, including its conception, casting using a bunch of film school students, and more. This 30-minute extra helps give a lot of context to the final product, especially about those inserted gore gags.

Girls School Screamers is a rough slasher film that has some charm thanks to its DIY approach, and so horror fans should get some satisfaction out of the slow-but-steady ride. Vinegar Syndrome has released a great Blu-ray giving this a clean new transfer and a number of extra features that provide more appreciation for the film. 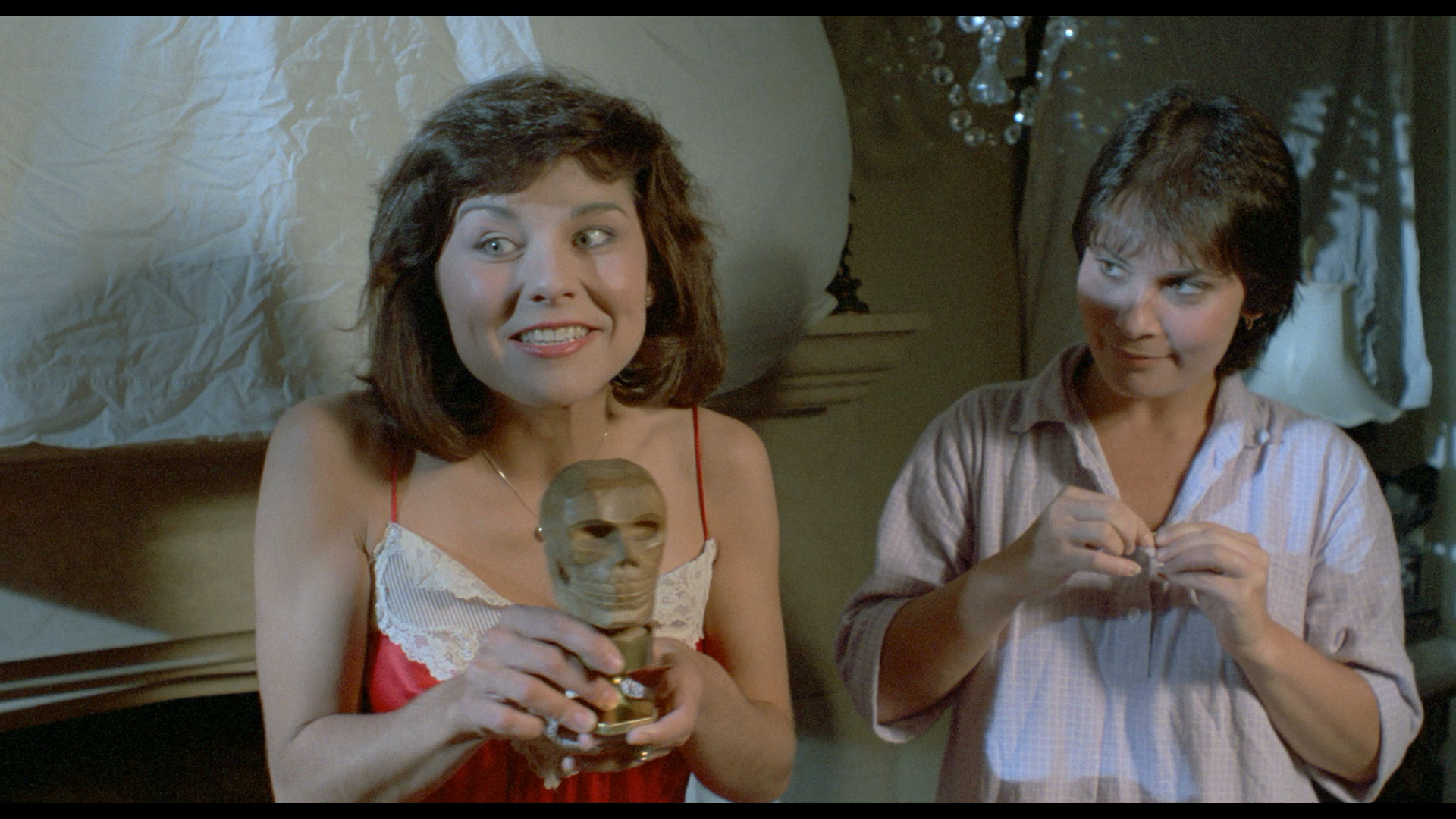 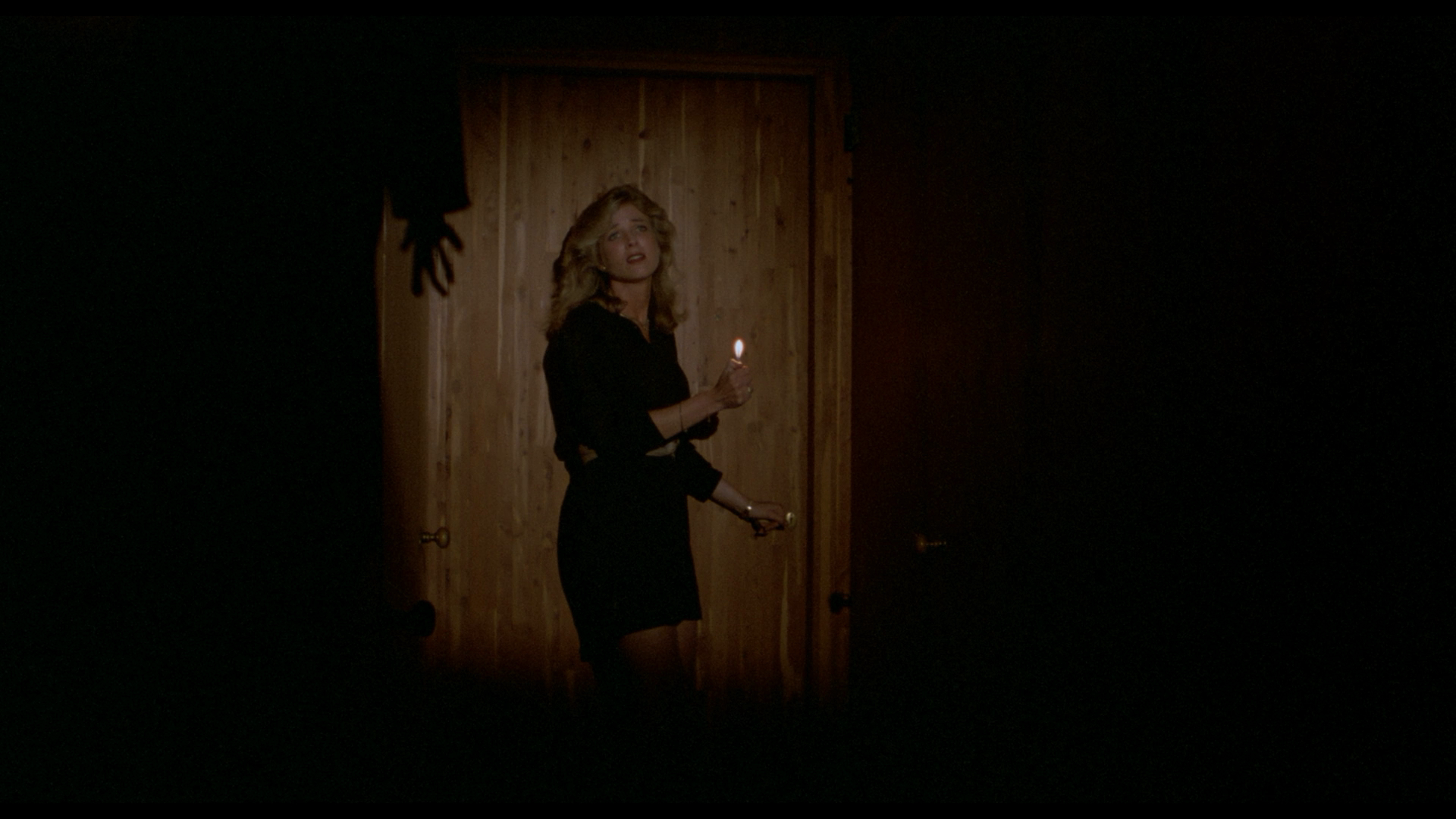 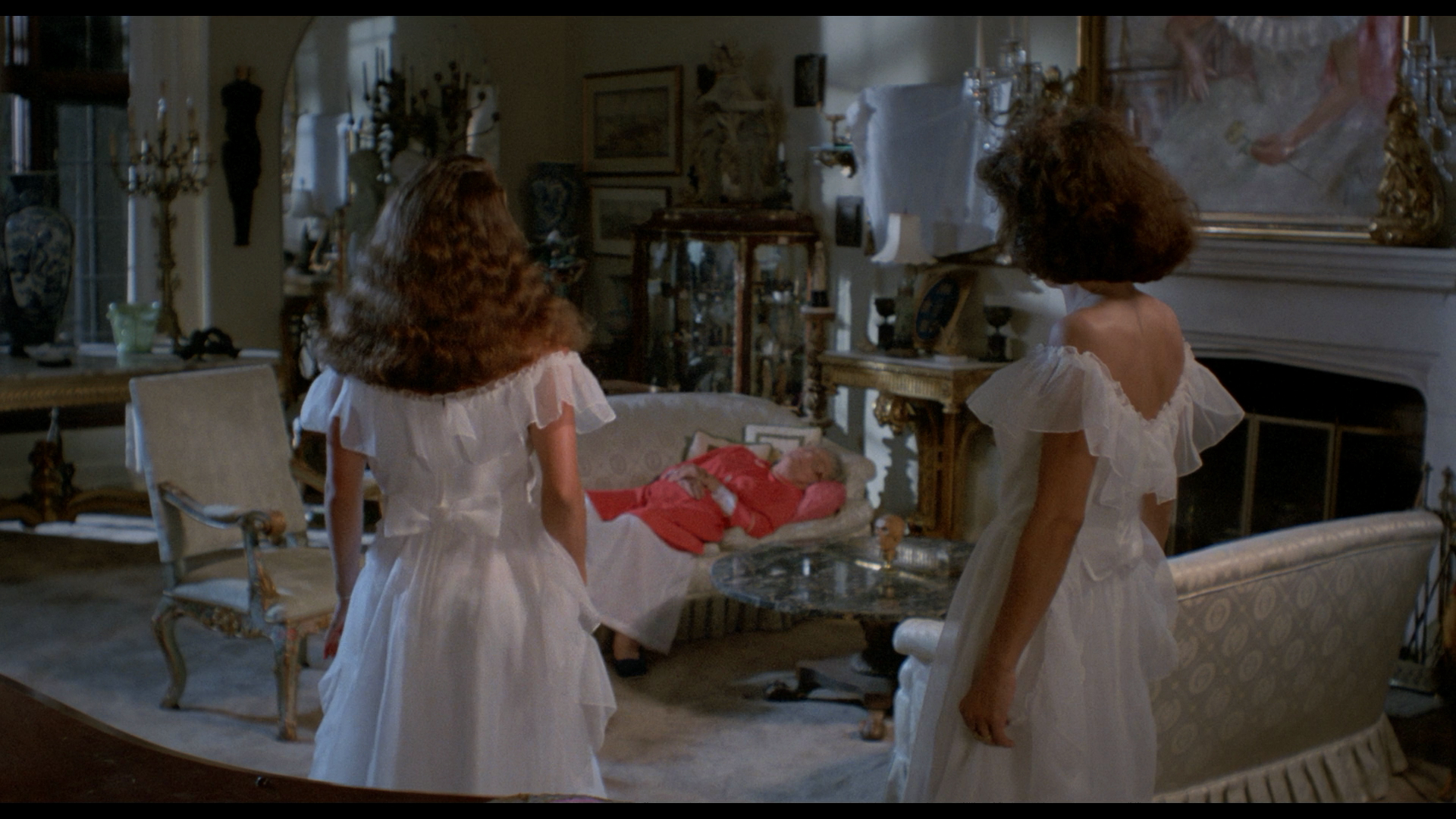 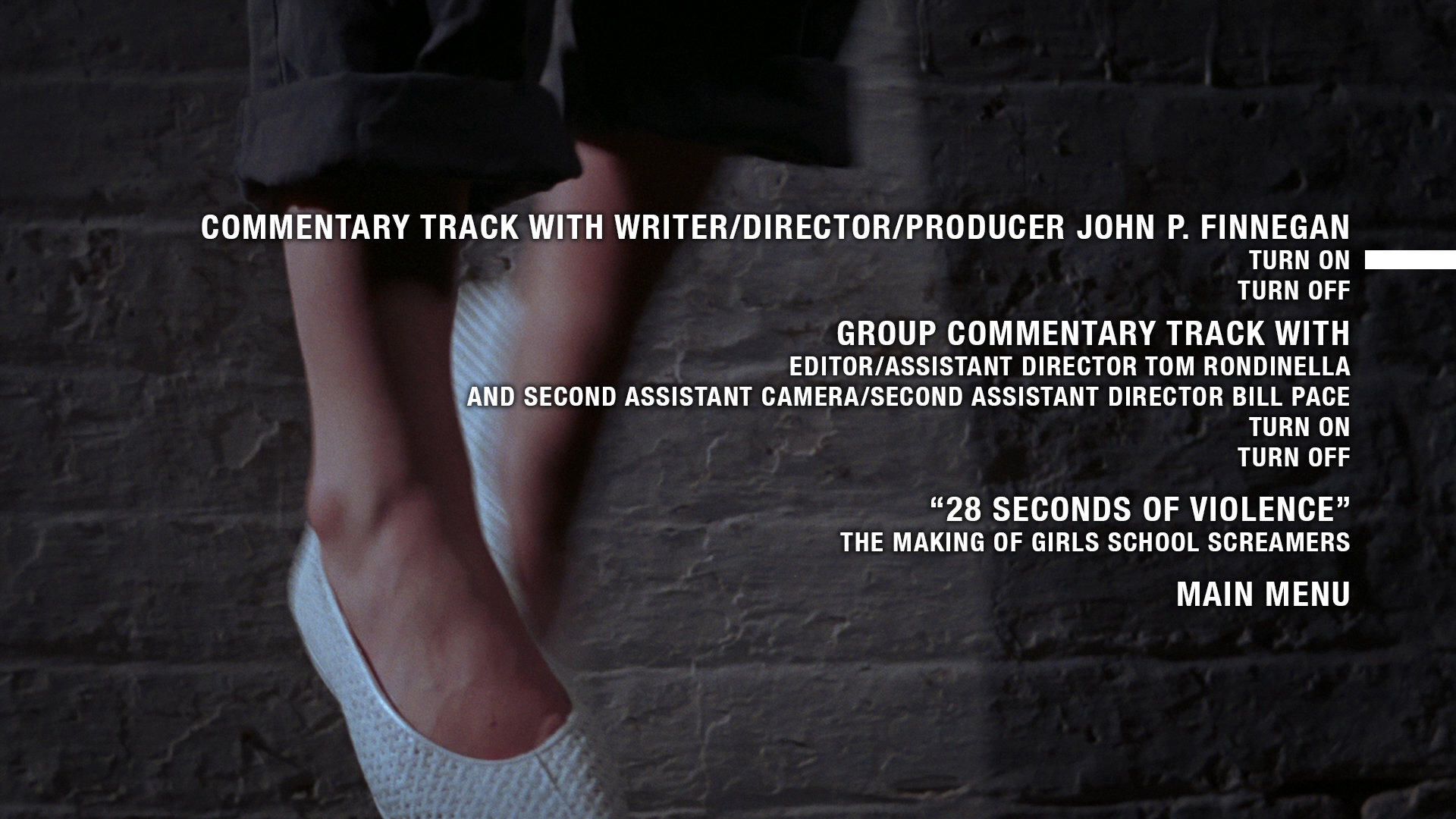 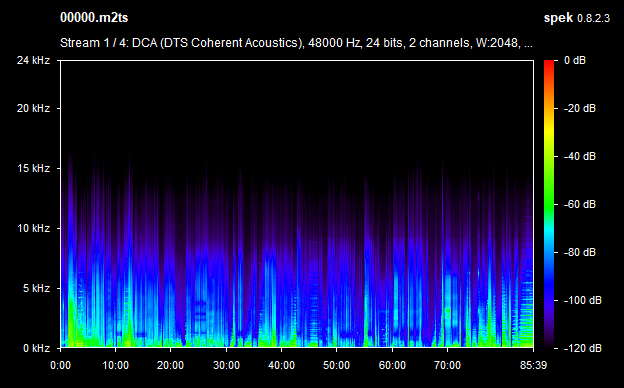 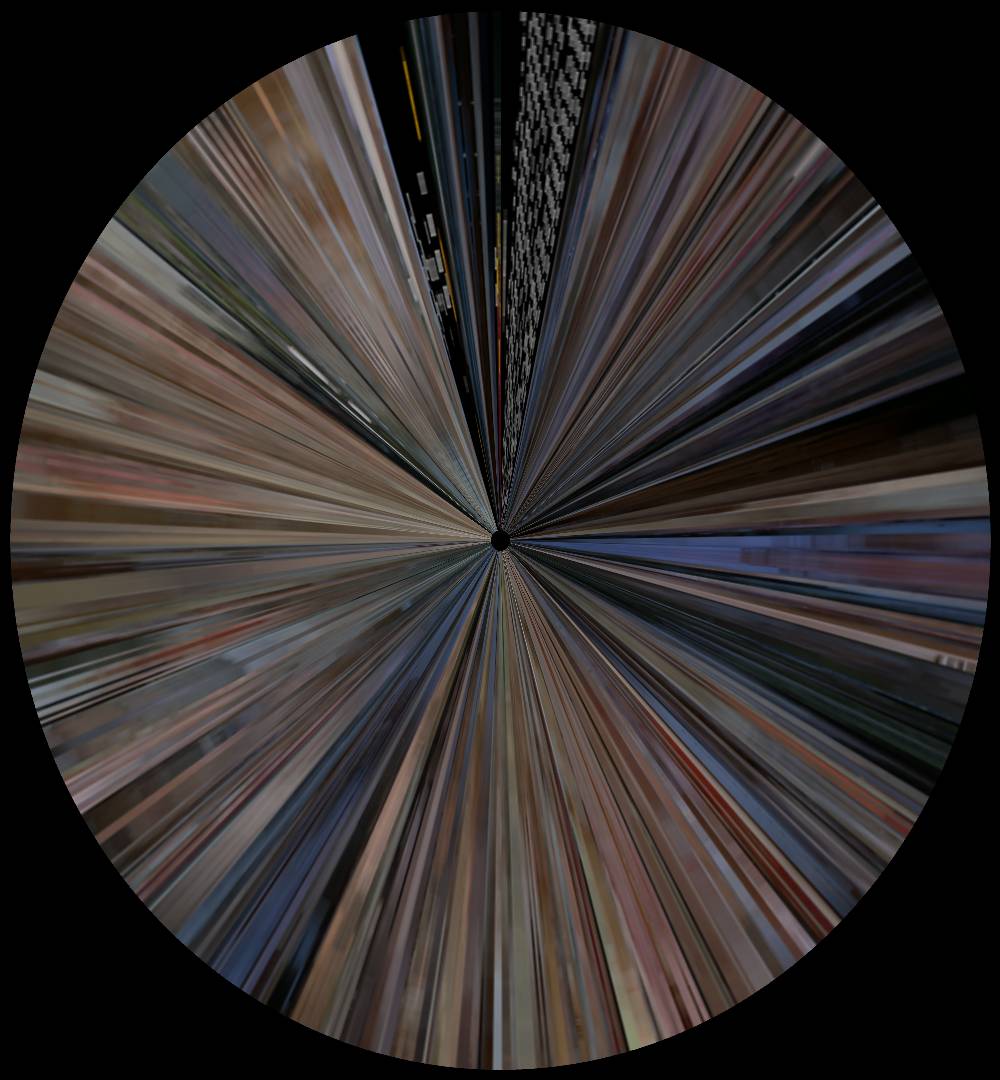 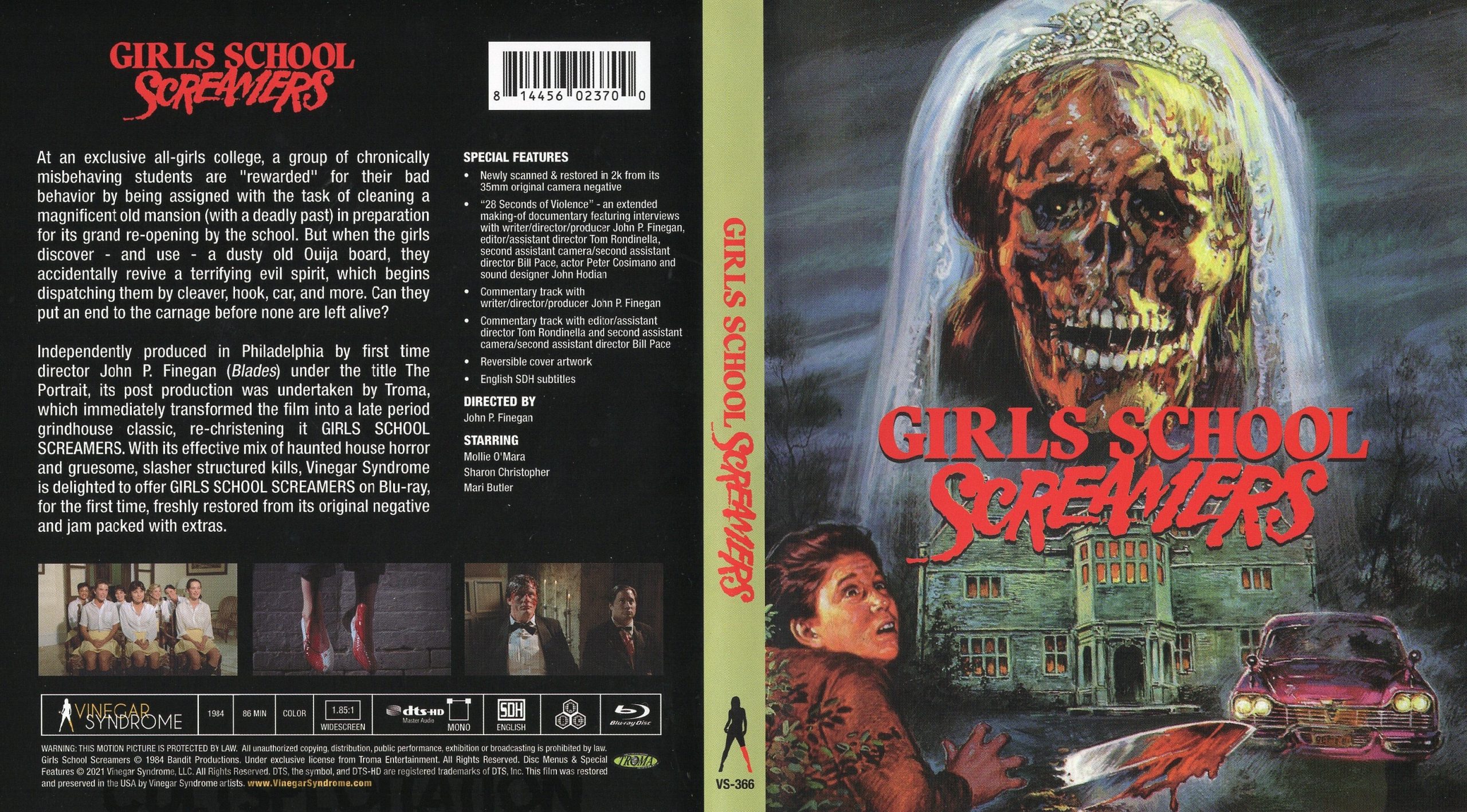 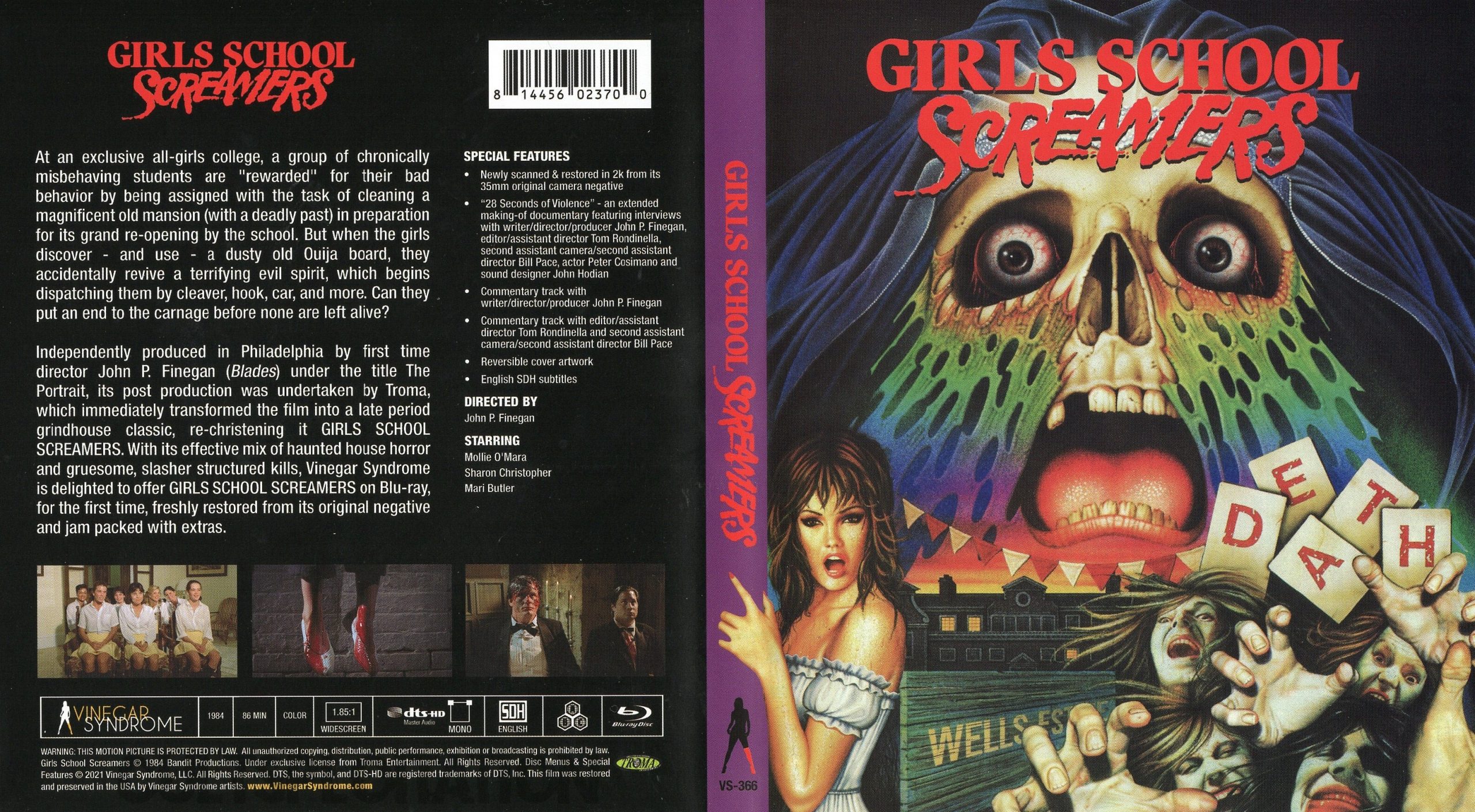 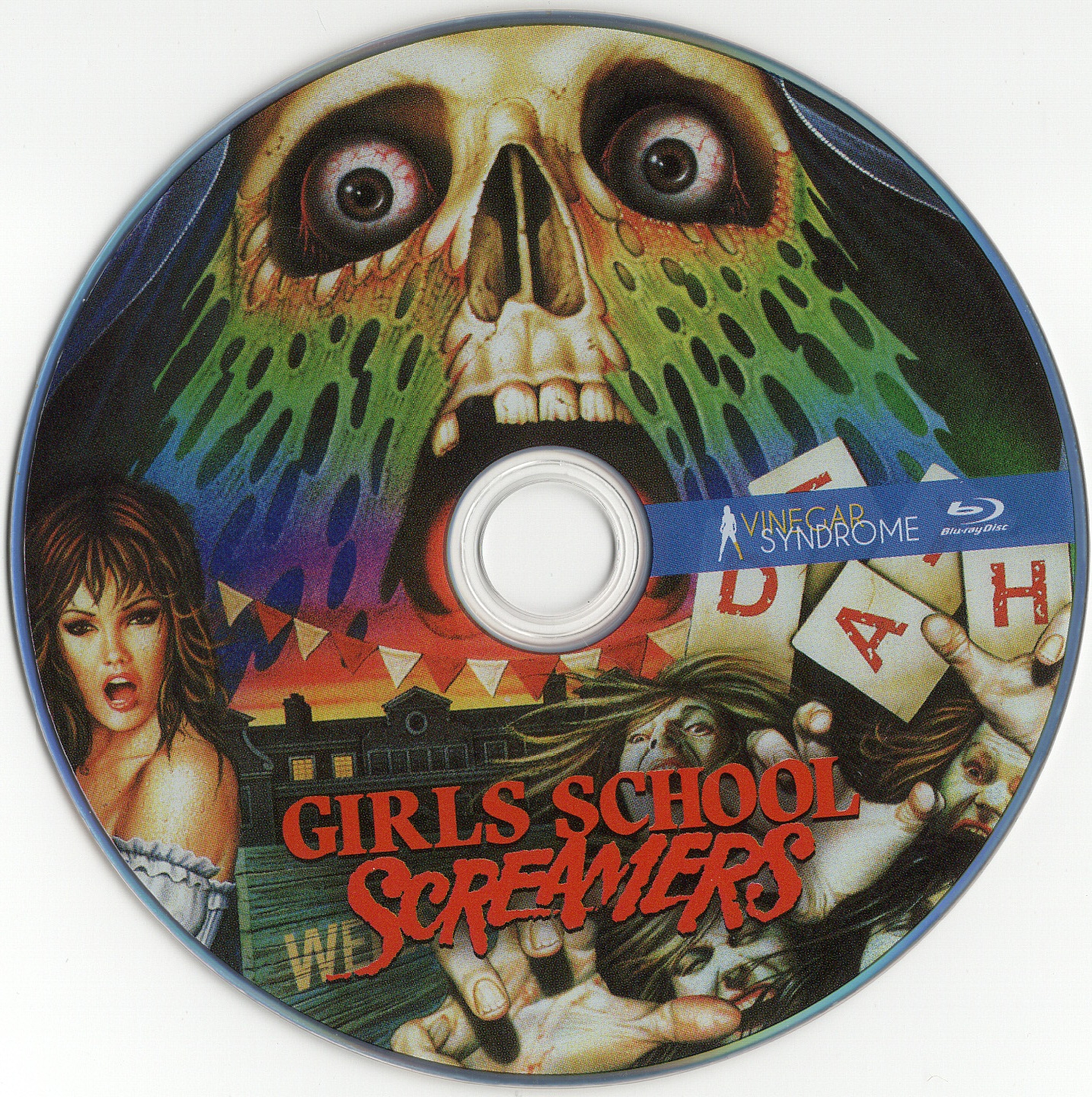