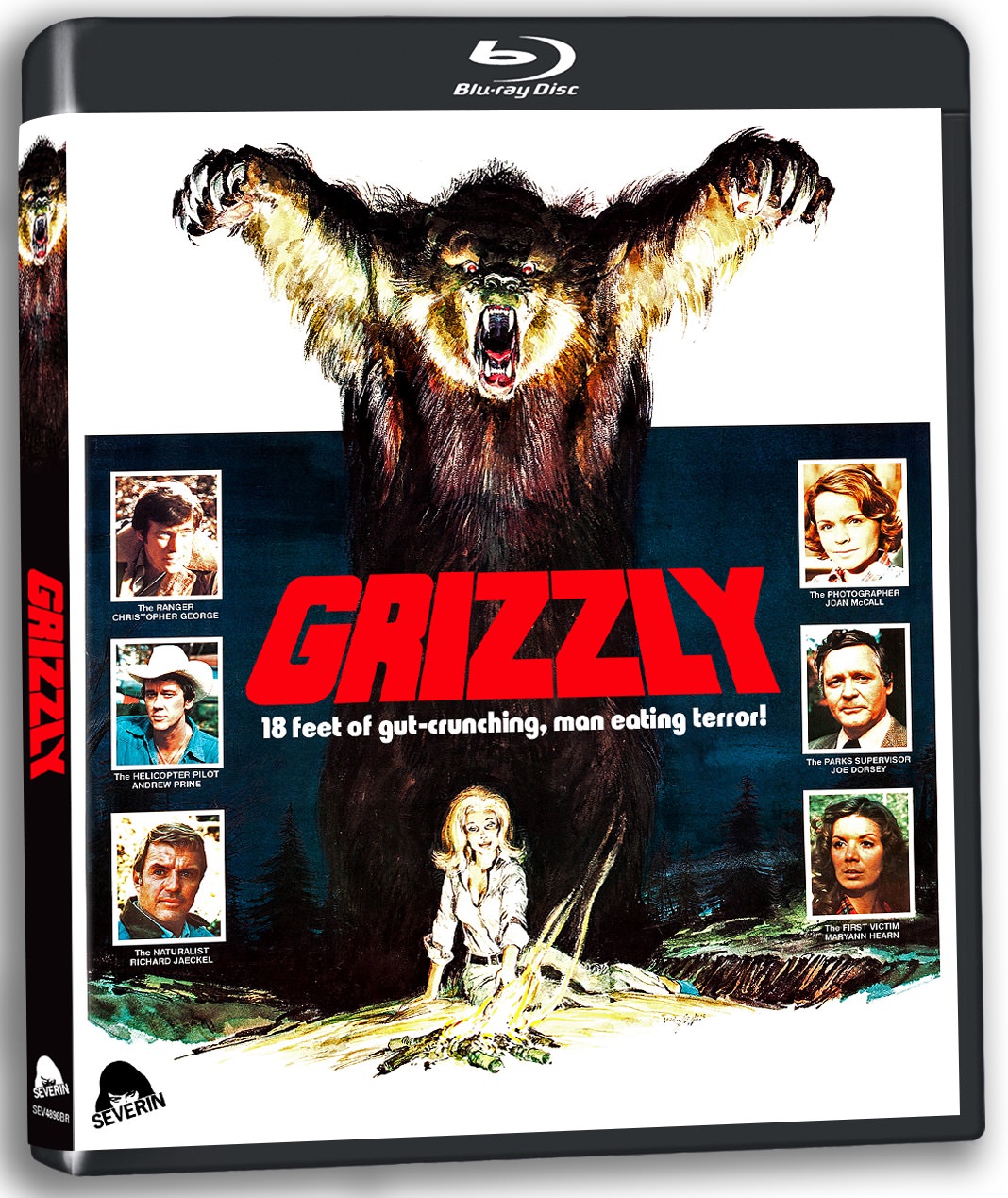 Grizzly is a great example of how to make a movie that’s hoping to bank on the success of another film. In the case of Grizzly, the other movie was Jaws. The film may be known as Jaws with Paws, and it may follow the same beat line as Jaws, but there is more to it thanks to competent acting, skilled directing, and a savage story where no one is safe.

Released in 1976, less than a year after Jaws, the film sees Chief Forest Ranger Michael Kelly (Christopher George) trying to stop an 18-foot tall grizzly bear from chewing up all the hikers in his forest. He seeks the help of a pilot named Stober (Andrew Prine of The Town that Dreaded Sundown) and a local tracker with a nose for this kind of stuff to sweep the woods. Unfortunately for them and several other rangers, this isn’t some dumb grizzly they are dealing with, but an intelligent animal with a taste for human flesh.

As I’ve mentioned above, Grizzly follows the same sort of structure that Jaws set out a year before. It’s like one of those fill in the blanks game.

Grizzly might sound like a regurgitated mess, but thankfully it rises above and still manages to serve up a fun and oftentimes brutal story. It seems no one is safe and I applaud any film that isn’t afraid to kill off whoever it wants. The movie isn’t perfect, as it tends to drag at times and one character, photographer Allison Corwin (Joan McCall), is completely pointless and offers absolutely nothing to the story. Still, any movie that lets a live animal run loose on their set instead of using stock footage is A-OK in my book.

Severin Films releases Grizzly on Blu-ray with a new 2k scan from the internegative. It’s a great-looking release with no real issues to speak of. I don’t own any of the previous releases from Scorpion Releasing and 88 Films, but other reviews all note that the Severin Films release is the best-looking one of the bunch (ed. note: And we’re not above stealing other reviewers’ opinions!).

Audio is presented in DTS-HD Master Audio Mono with English subtitles provided. The film’s music is by Robert O. Ragland who orchestrates the National Philharmonic Orchestra of London. The music is sometimes at odds with the film, but the Blu-ray does a great job providing a clean and loud audio track.

Lots of extra features on this one, with several new interviews with various members of the film. We also get a great sit down with Stephen Thrower who discusses the short career of William Girdler before his untimely death in 1978. Severin Films also includes some vintage features with a lot of behind the scenes footage, trailers, radio spots, and an audio commentary with Mondo Digital’s Nathaniel Thompson and Film Writer Troy Howarth.

CHECK OUT
A deep breakdown with a gallery of the Severin Film's Blu-ray of Grizzly!

Grizzly has the distinction of being the first film to capitalise on the success of Jaws, but it’s much more than just a quick cash grab. It’s got a fun brutal story and any fan of animals run amok will get a kick out of it. Severin Films releases a solid Blu-ray that is worthy of picking up. 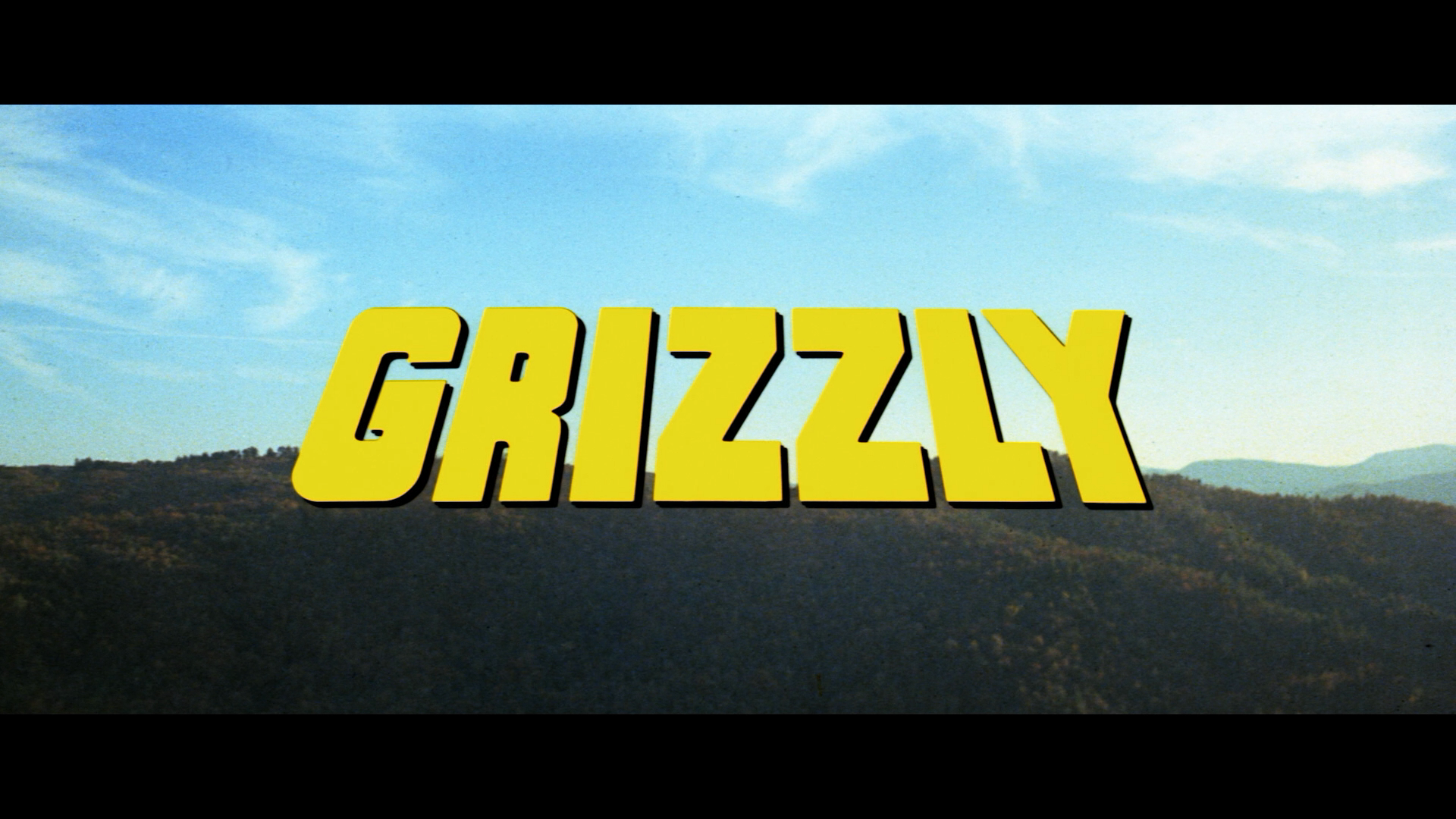 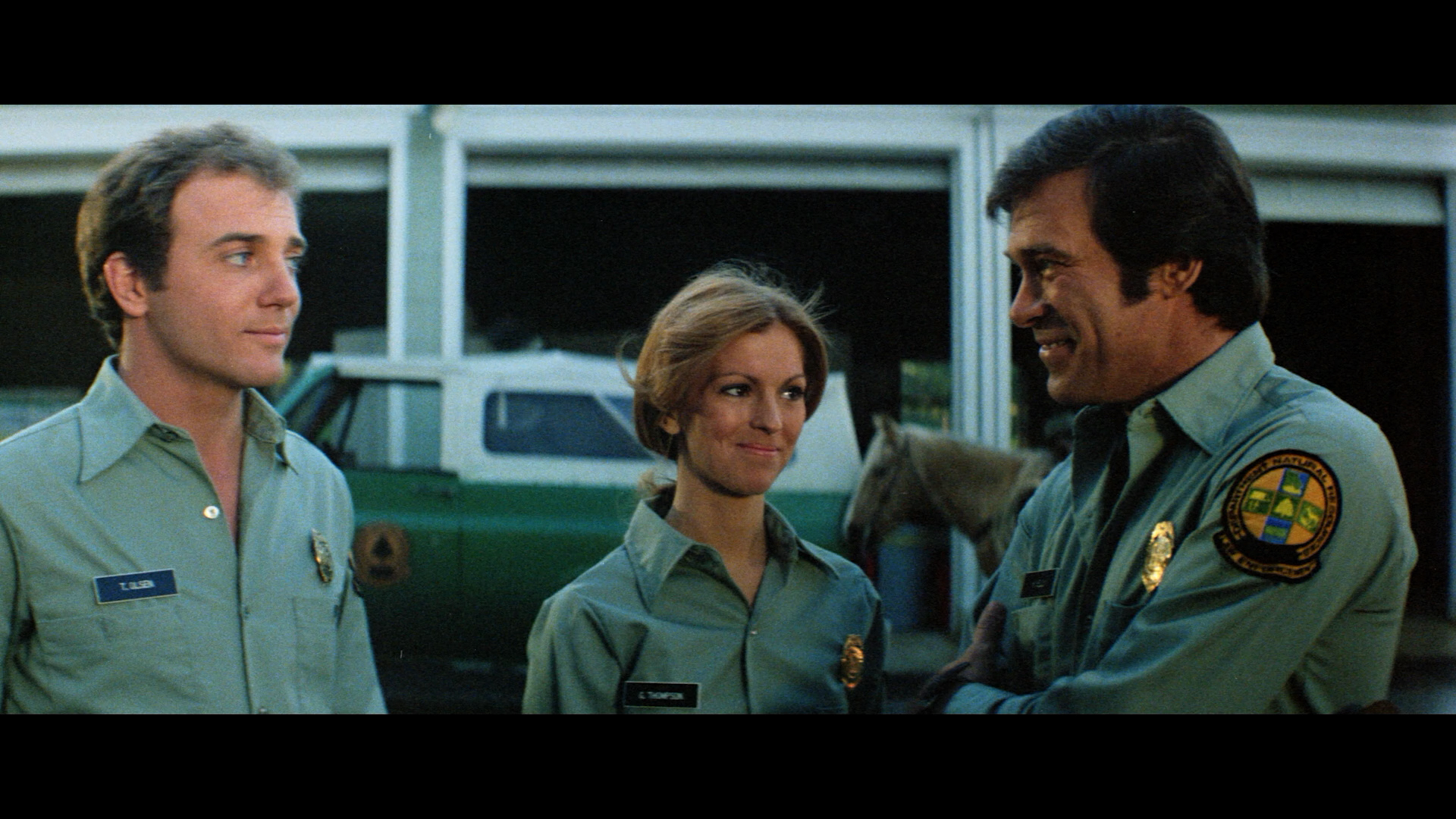 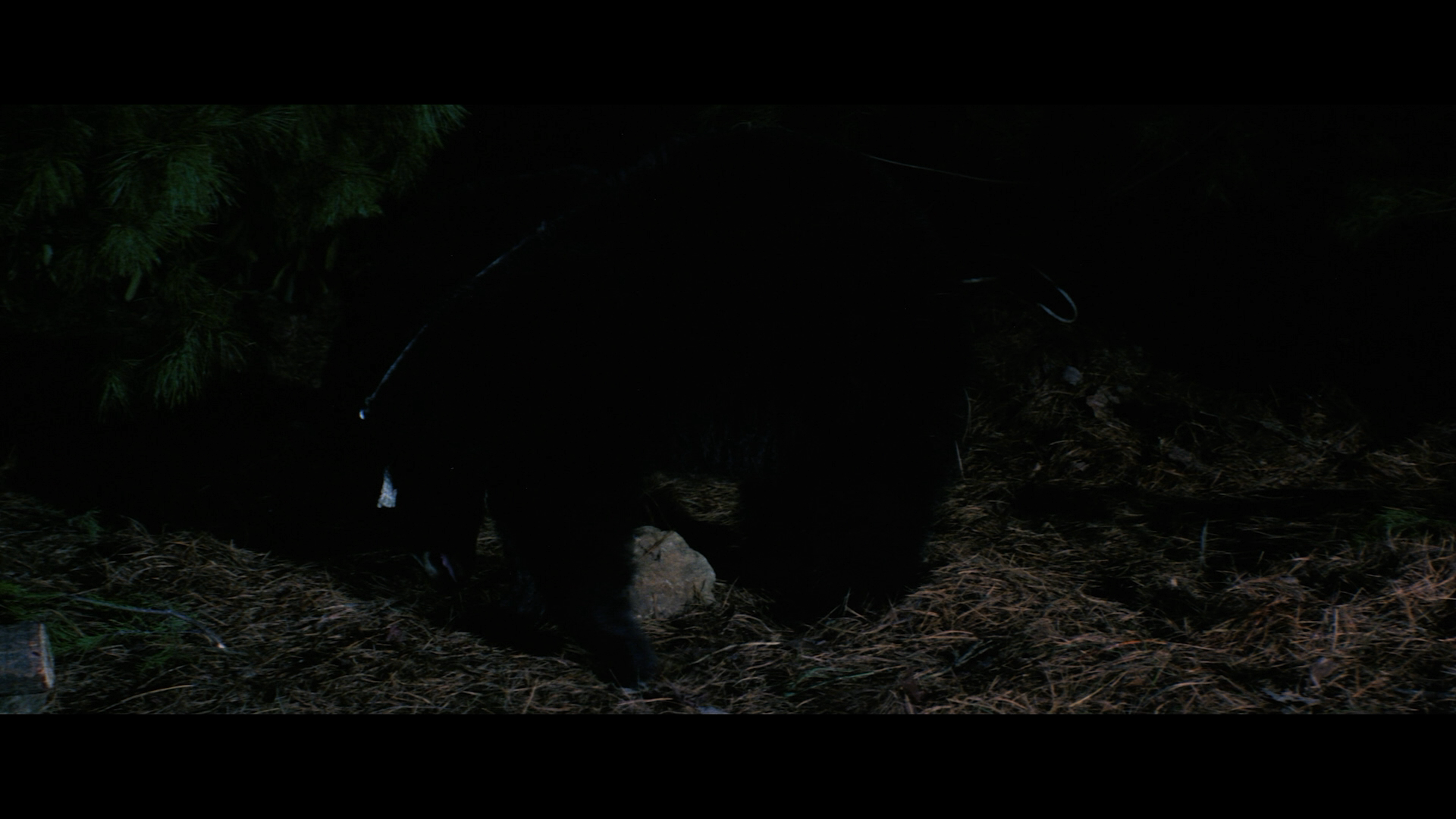 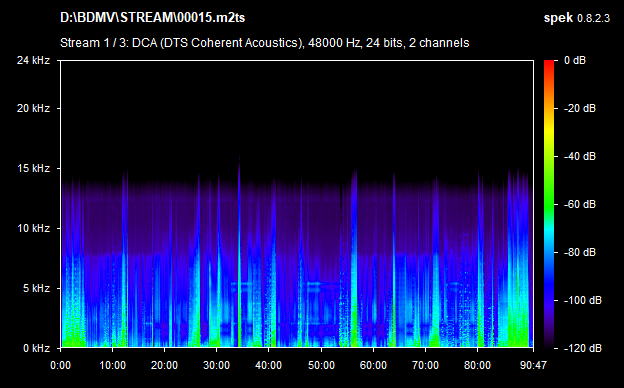 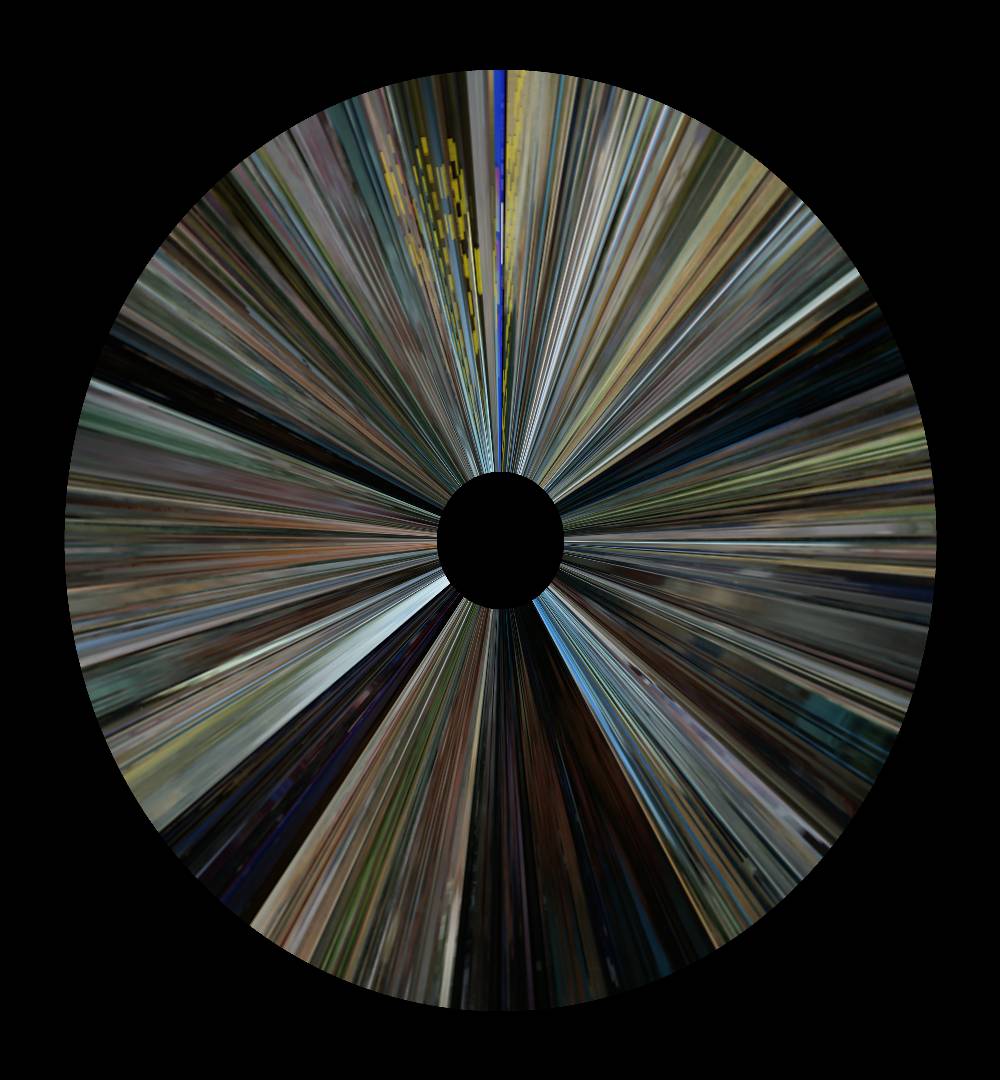 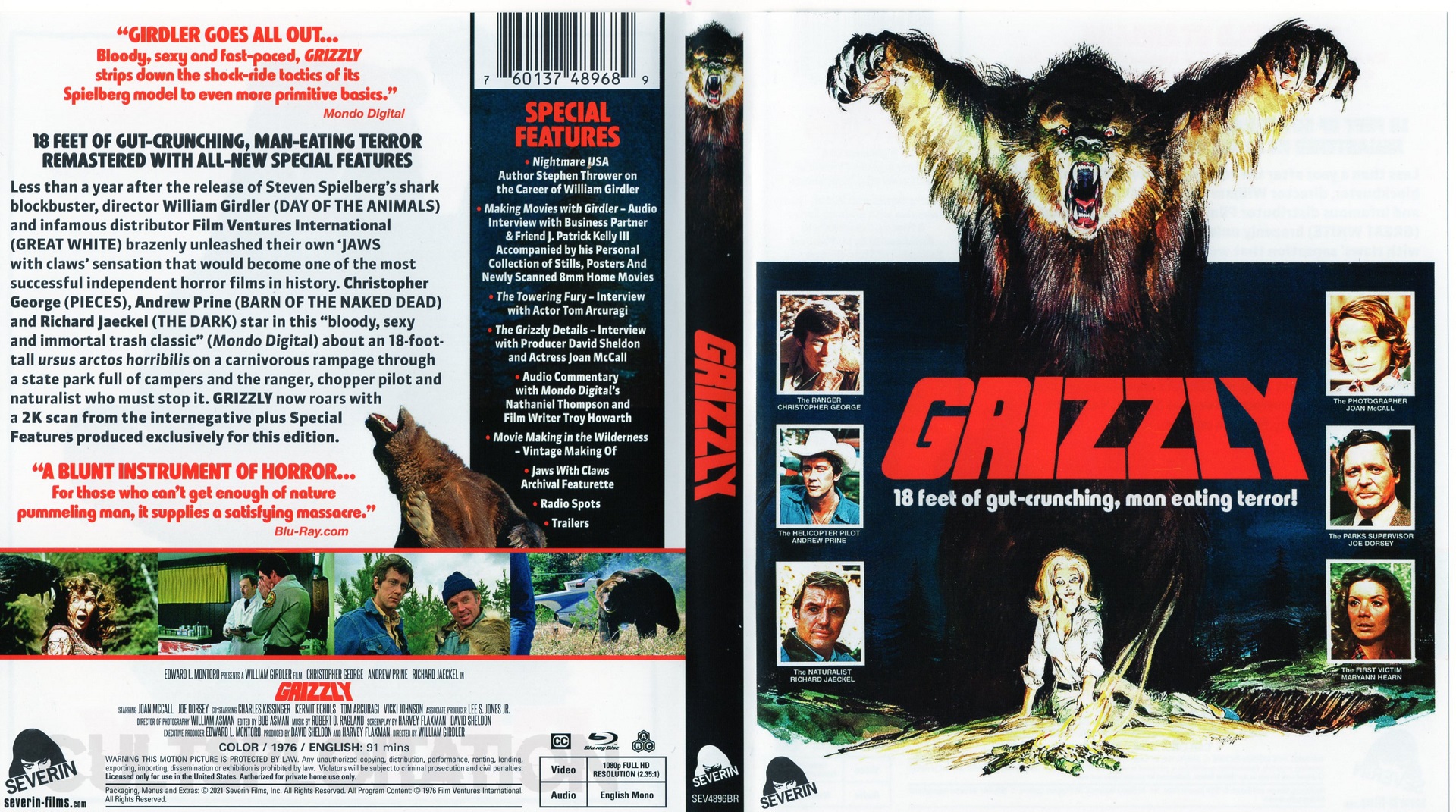 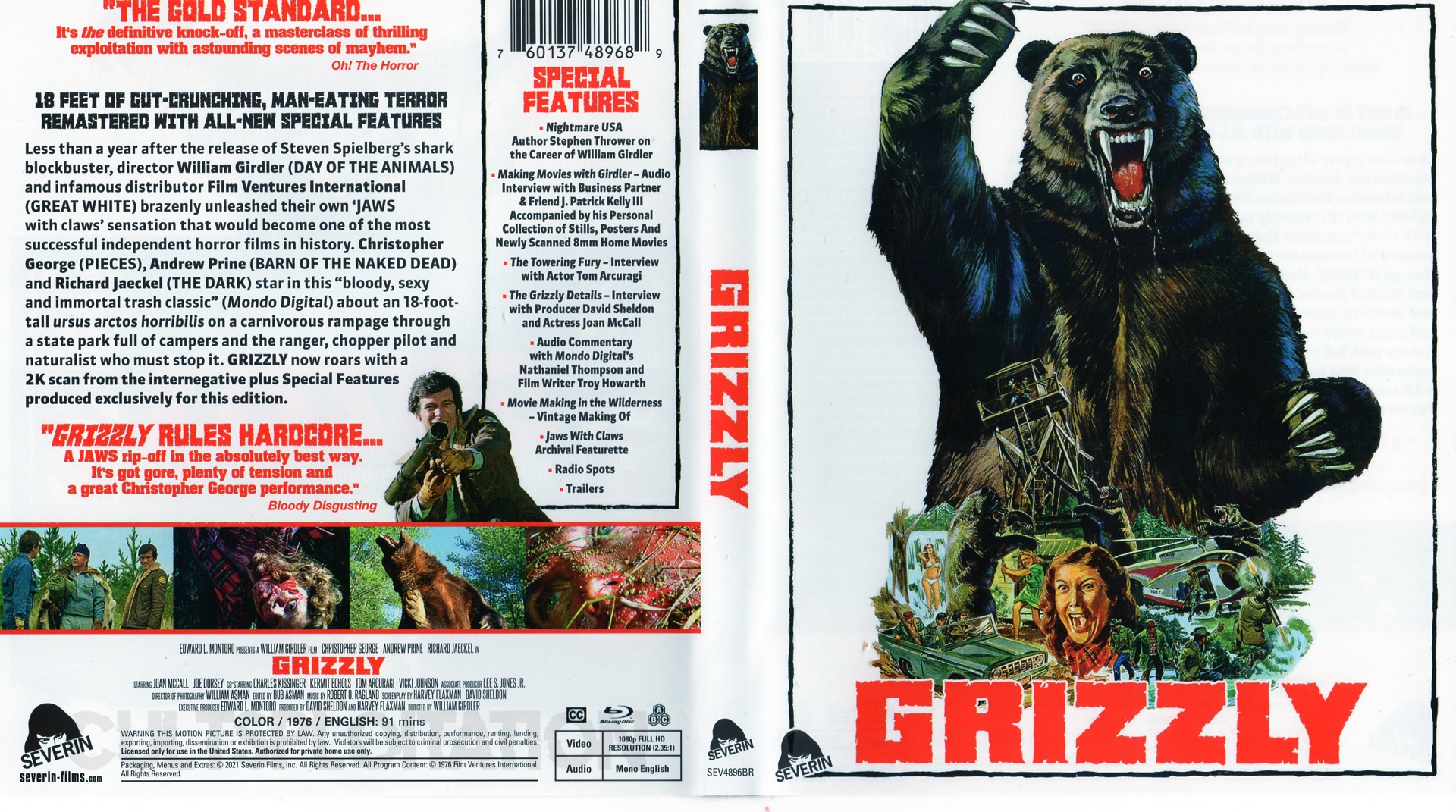 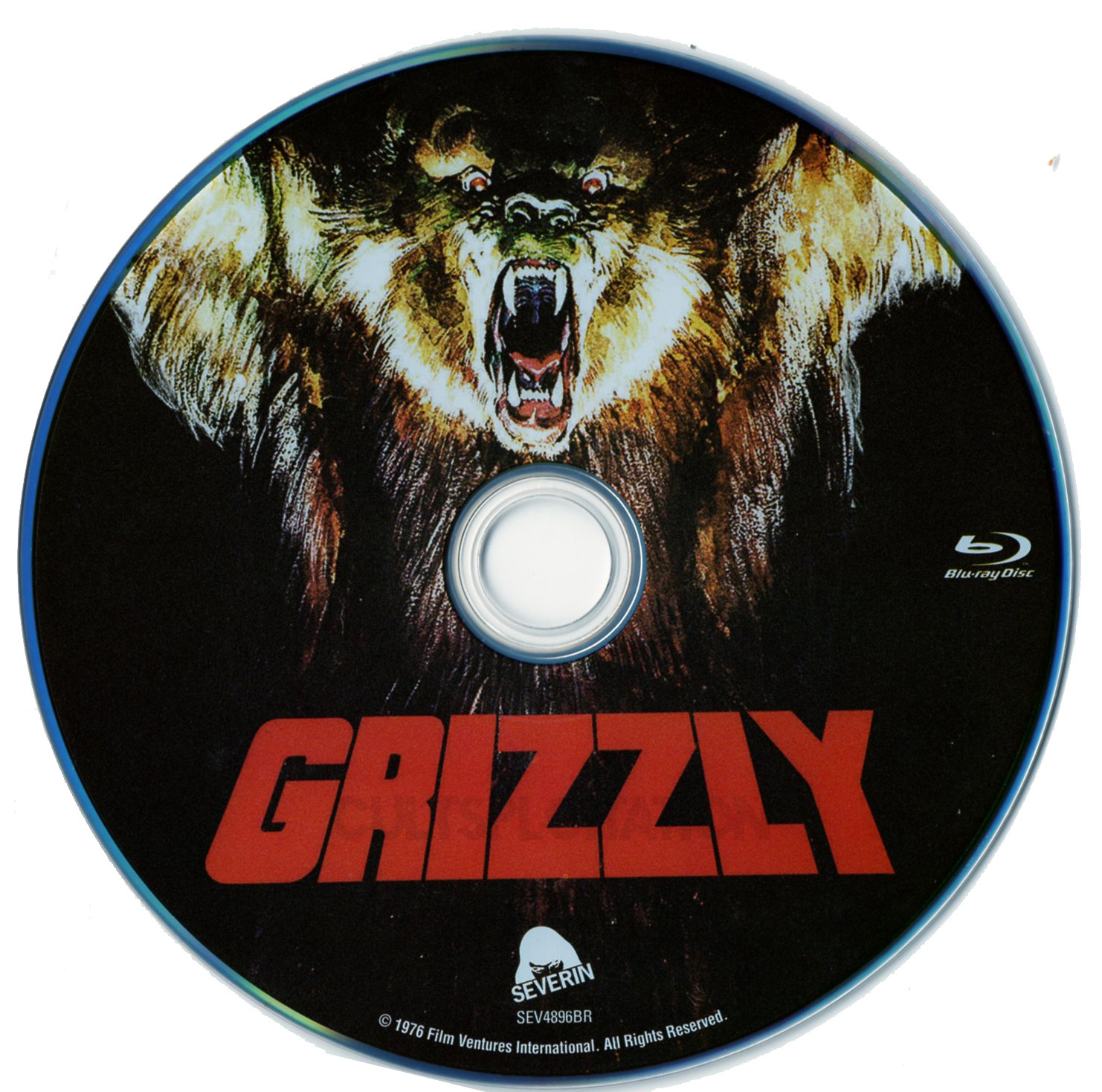