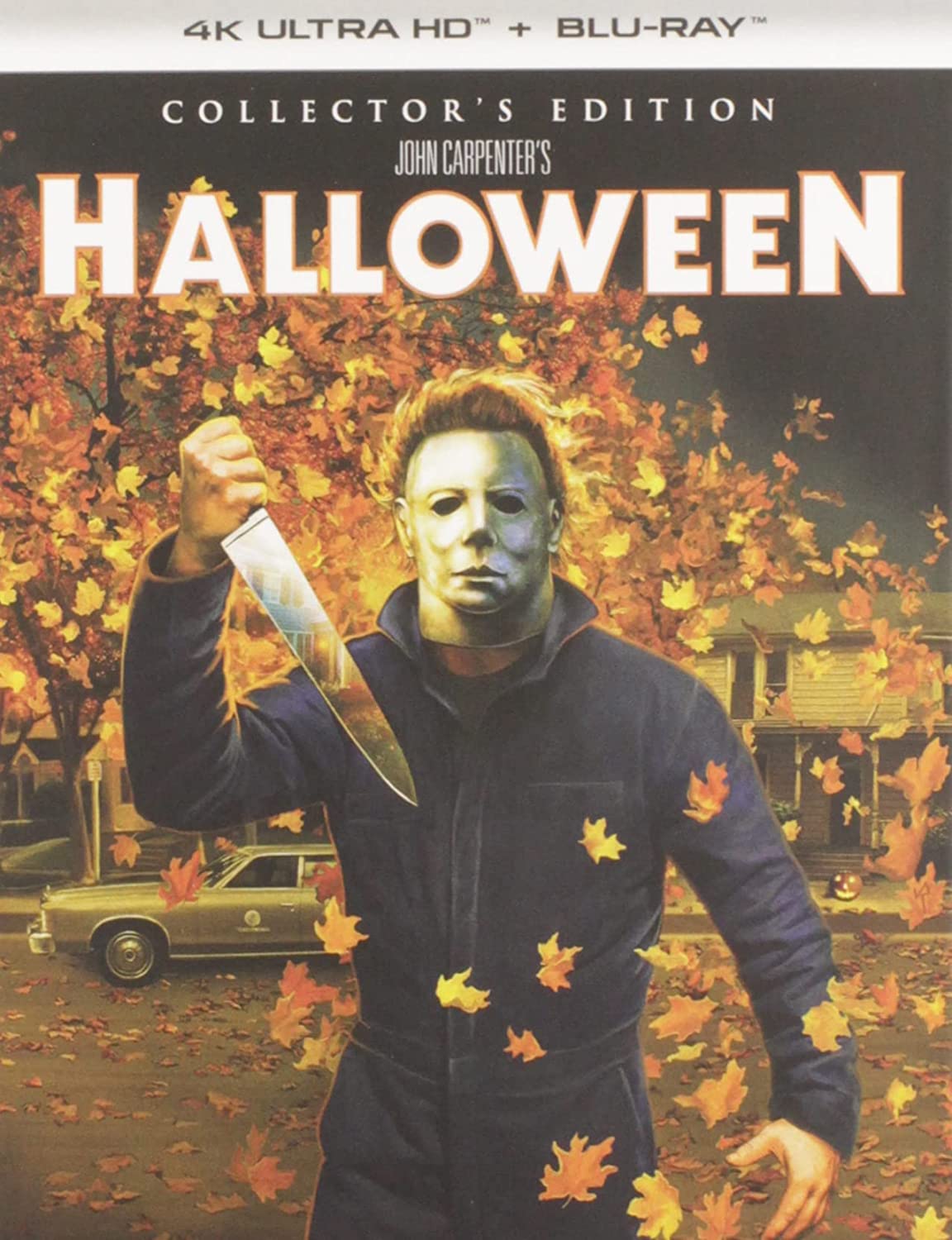 The night he came home to 4K... again

We’re not going to spend time reviewing Halloween because there’s really not much more that can be said critically about the film that hasn’t been done a million times before. You either really enjoy Halloween for what it is – a slow-burn slasher with pathos and post-release lore with an amazing score drawing primary inspiration from Black Christmas – or you don’t. If you’re reading this site, you probably already know how you feel about John Carpenter’s opus. And if you feel the way we do – that you can’t possibly stop double-dipping on releases of the movie – then read on to find out how Scream Factory’s new 4K UHD release fares. Or listen to our podcast episode about Halloween.

CHECK OUT
Extensive uncompressed screenshots from this 4K UHD release.

Scream Factory’s new 4K UHD Collector’s Edition release may come as something of a surprise considering Lionsgate recently released their own UHD offering in 2018. That 40th anniversary edition featured a 4K presentation purportedly of the interpositive with the darker, more washed-out color timing that has come to be the norm for Halloween based on Dean Cundey’s supervision; it also included the original color timing from a 2007 release, meaning the UHD and Blu-ray discs were decidedly different presentations.

Scream Factory’s 4K UHD release is sourced from the original camera negative, with a new 2021 transfer also supervised by Cundey. Again, the color timing is relatively similar to Lionsgate’s 4K UHD although it might fall somewhere in between the two varied color timings. Here the grain is kept to a surprising minimum without displaying overt sharpening or DNR; Lionsgate’s UHD, in comparison, looks a bit too sharpened in this reviewer’s opinion. The color contrast and deep darks from the DolbyVision HDR do a great service to the film’s nighttime sequences, improving on those moments of tension as Michael Myers apparates from the shadows. Notable is the glow of the red headlights in the early Loomis/Marion car sequence, as well as the contrasting of the jack-o-lantern’s flickering candlelight amidst the darkness (see screenshots). Overall, this new 4K scan is excellent with a great level of detail, but it is not an overwhelmingly noticeable improvement from Lionsgate’s previous release.

The Blu-ray fares much the same, and unlike Lionsgate’s release, shares the new 4K scan of the original camera negative. For those purists, the 2007 original color timing Blu-ray is also included. Likewise, the extended cut and TV broadcast cut are additional extras on the Blu-ray discs, making this the most definitive collection of Halloween options thus far.

Audio is presented with three different tracks. First and foremost is the DTS-HD MA 2.0 mono track that was missing from Lionsgate’s release (they included Dolby 1.0 track). Another DTS-HD MA 5.1 track provides the usual surround sound experience, and new for this release and included on the Blu-ray disc as well is a Dolby Atmos 7.1 option. I watched the film with the Atmos enabled and was quite impressed with the use of satellite speakers for much of the score, while the dialogue is mostly kept to the front channels with crisp clarity. Ultimately, this release will satisfy both purists and those with high-quality sound setups, providing both original mono score and a new updated Atmos choice.

Extras are mostly ported over from prior releases, but they are quite robust and include prior featurettes, a feature-length look at the film, galleries, trailers, TV bonus footage, and a whole lot more. These are spread across the two Blu-ray discs; the UHD disc does not contain any extras besides the two older audio commentary tracks. A new addition to this release is a newspaper ad still gallery, which of course is probably not enough to get skeptical buyers to double-dip.

The package does come with new cover artwork and reversible original artwork, as well as a nice hardcover shell with the same new artwork.

Scream Factory has released the most definitive version of Halloween yet with a great new 4K transfer, all of the extra features included on past releases, as well as four different versions of the film and the original mono audio. Ultimately, hardcore fans of Halloween can’t pass this up; those who already own a different version, particularly the Lionsgate 4K UHD release from 2018, may need to mull over whether this purchase is truly necessary, though. 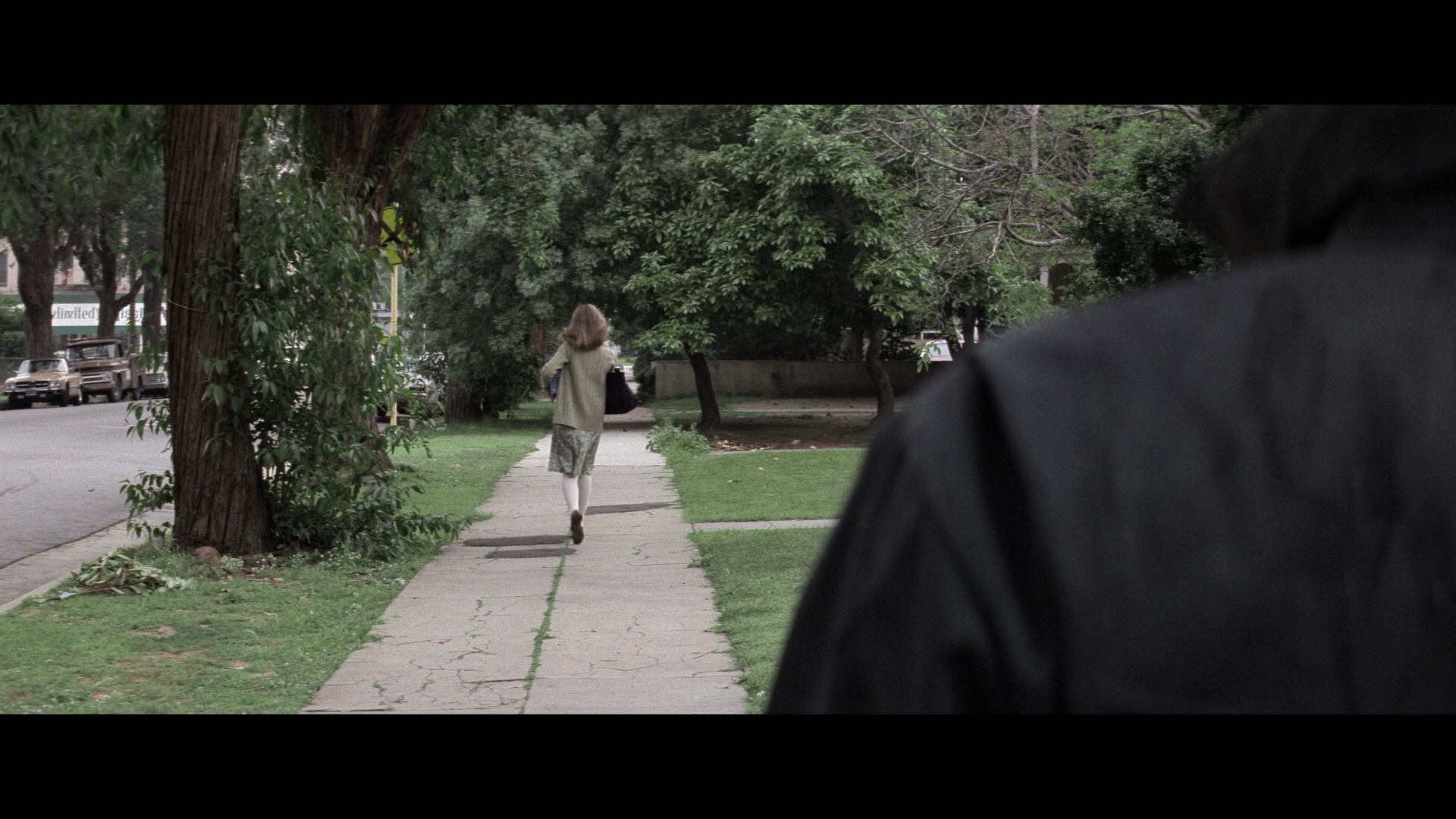 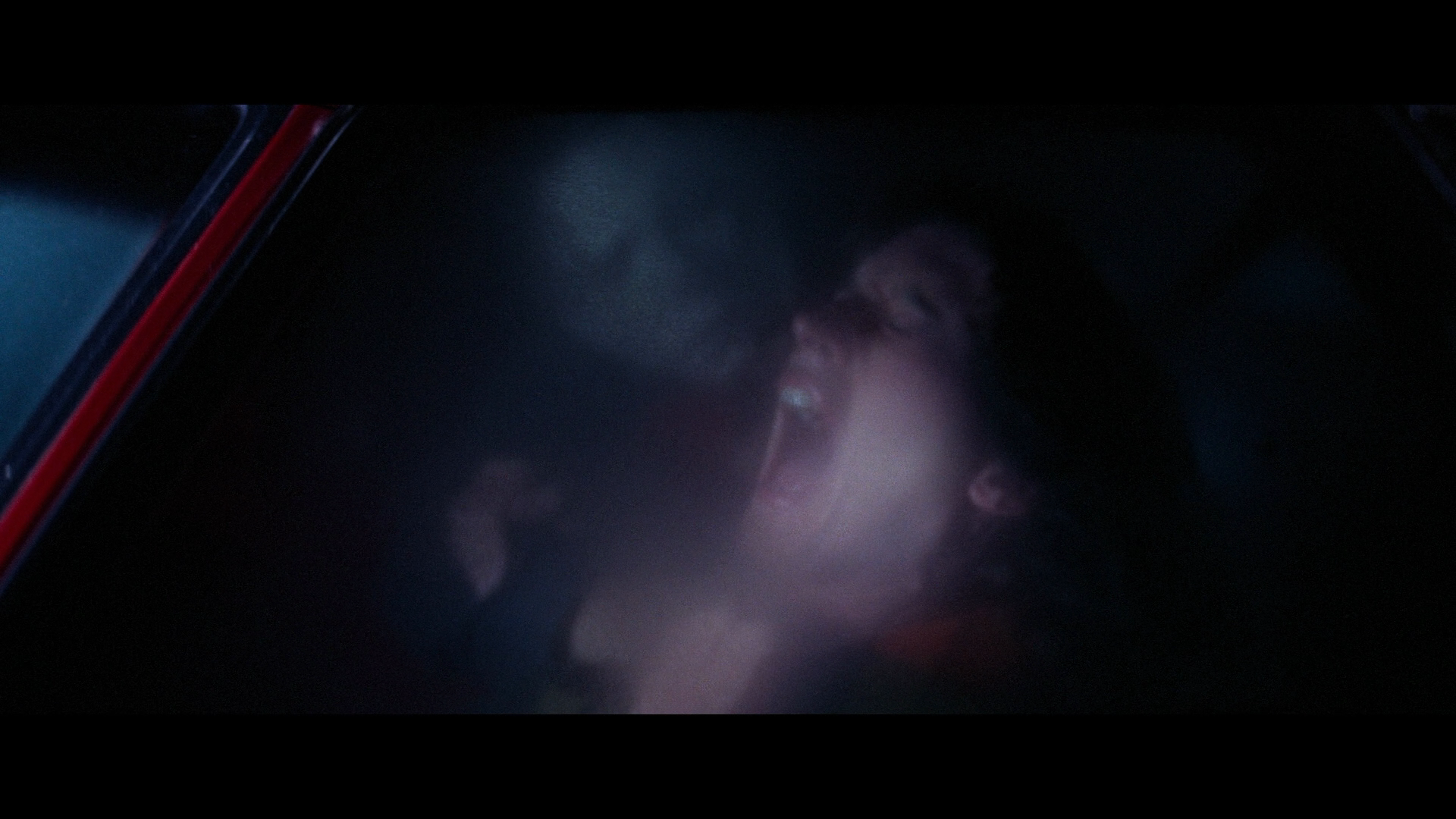 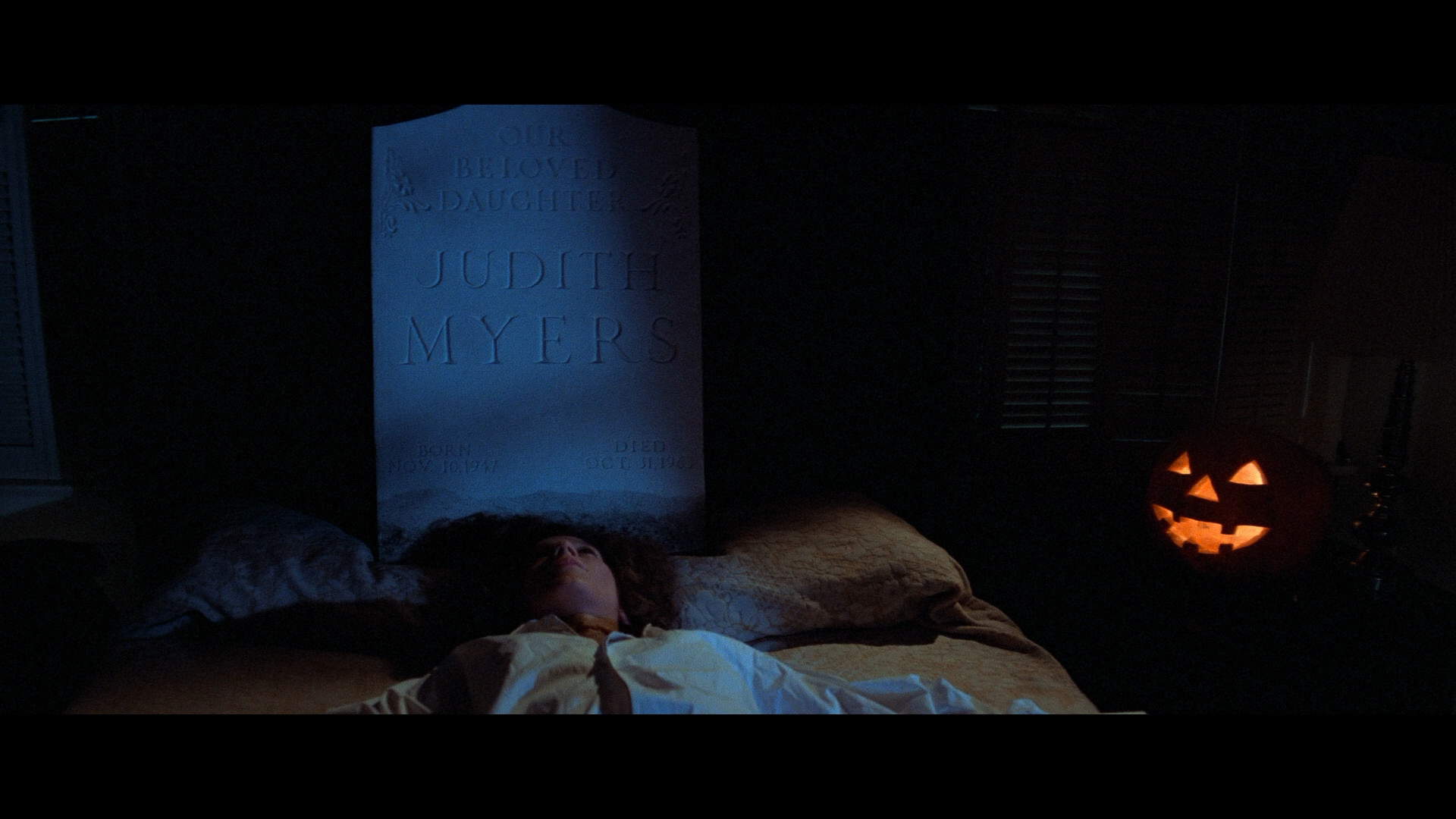 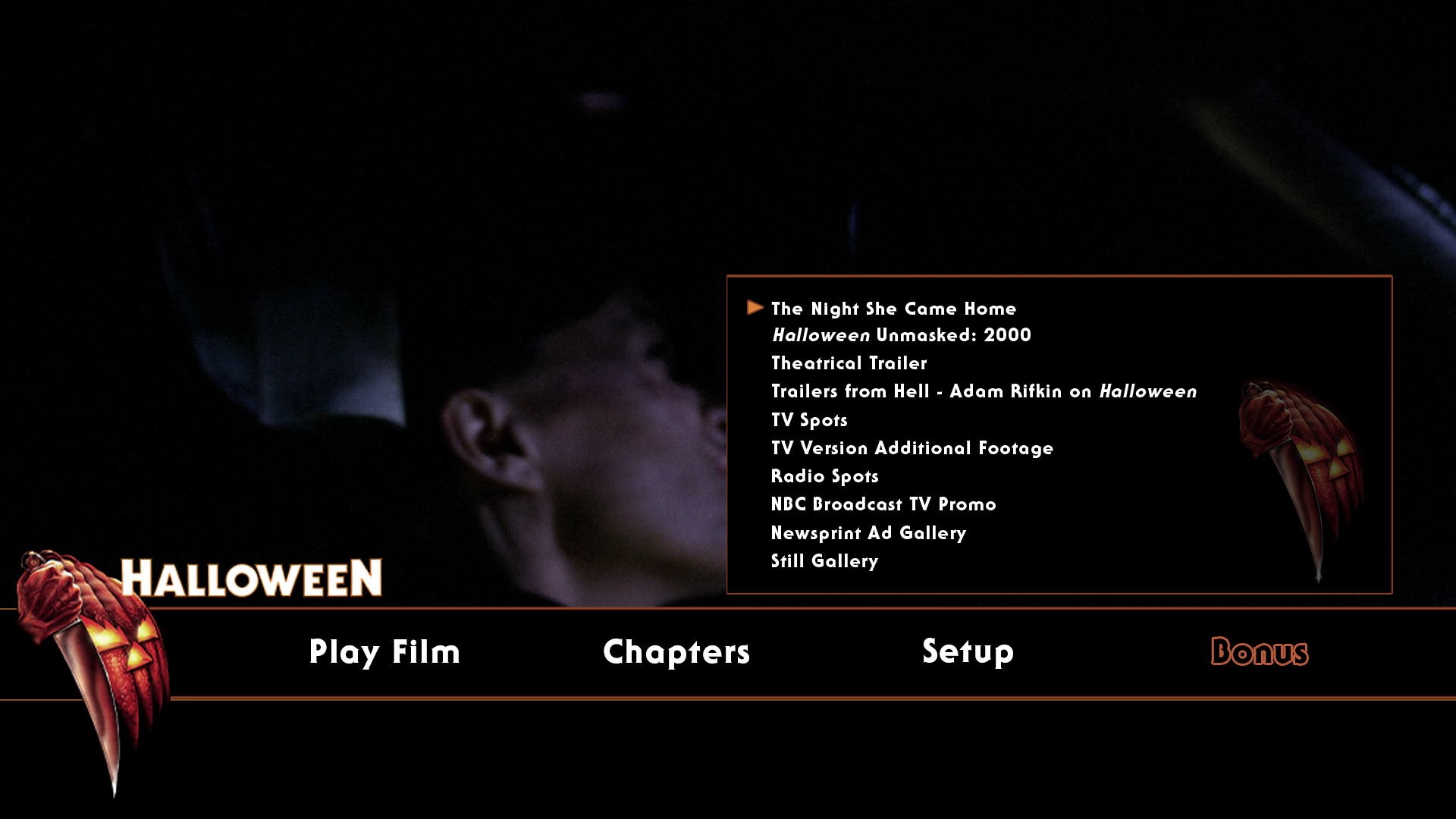 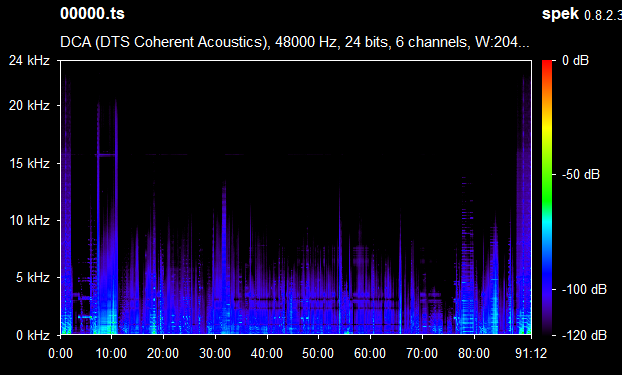 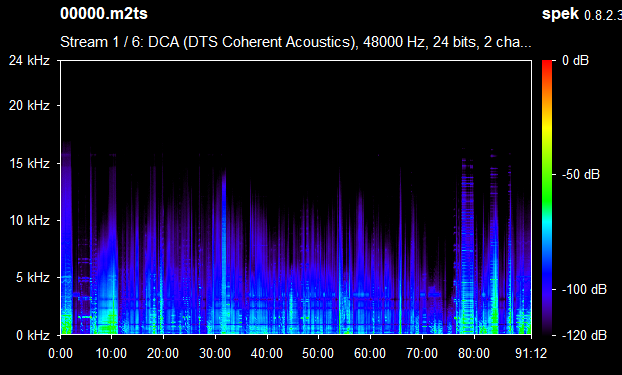 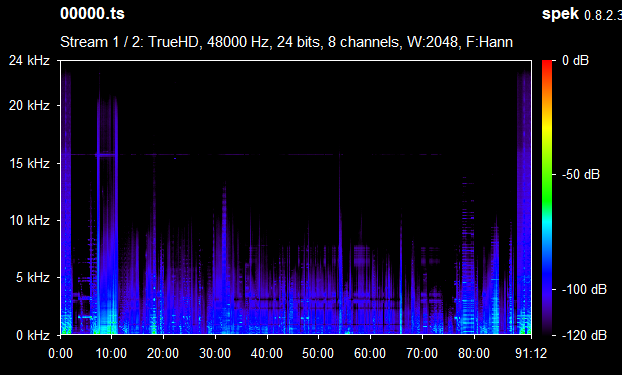 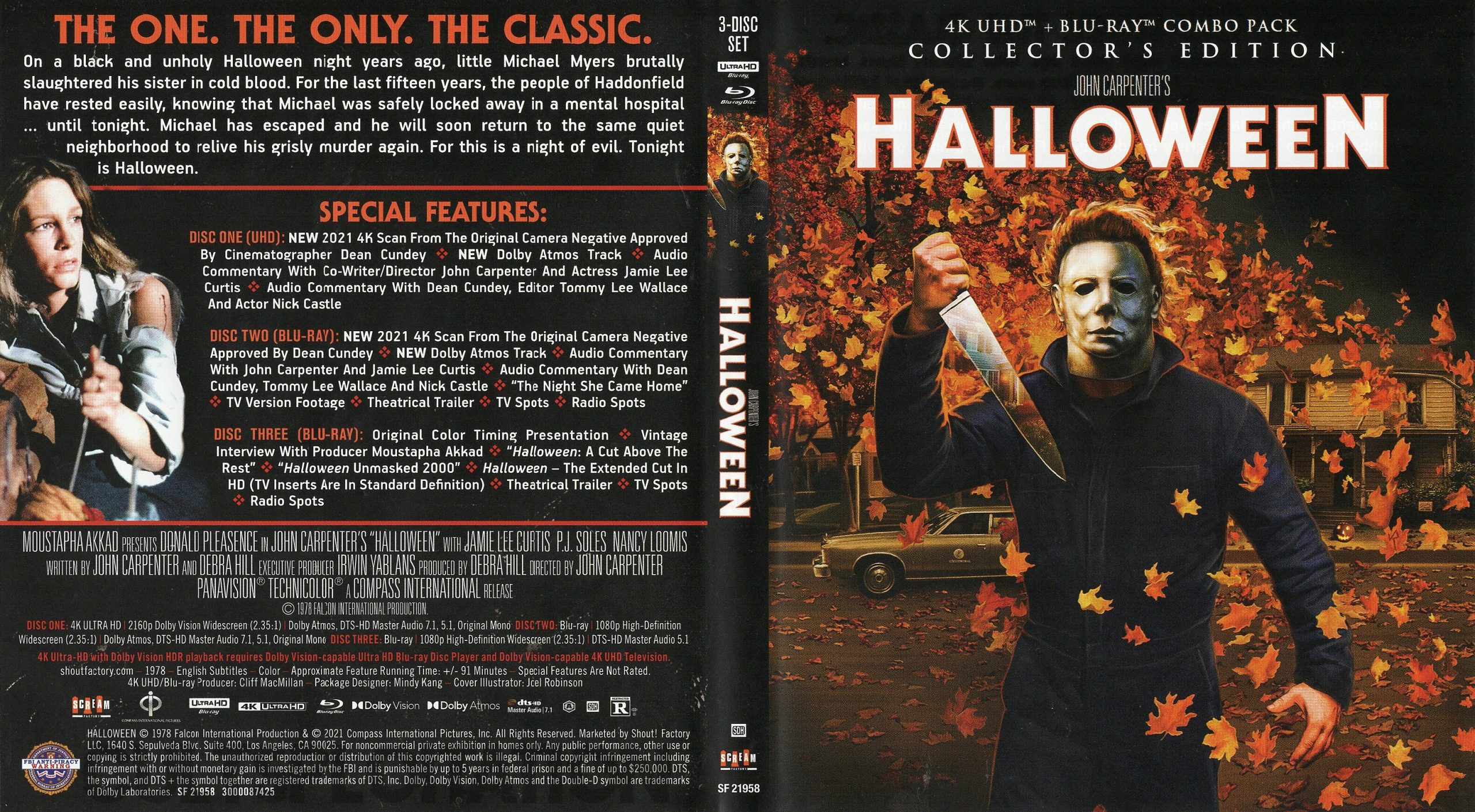 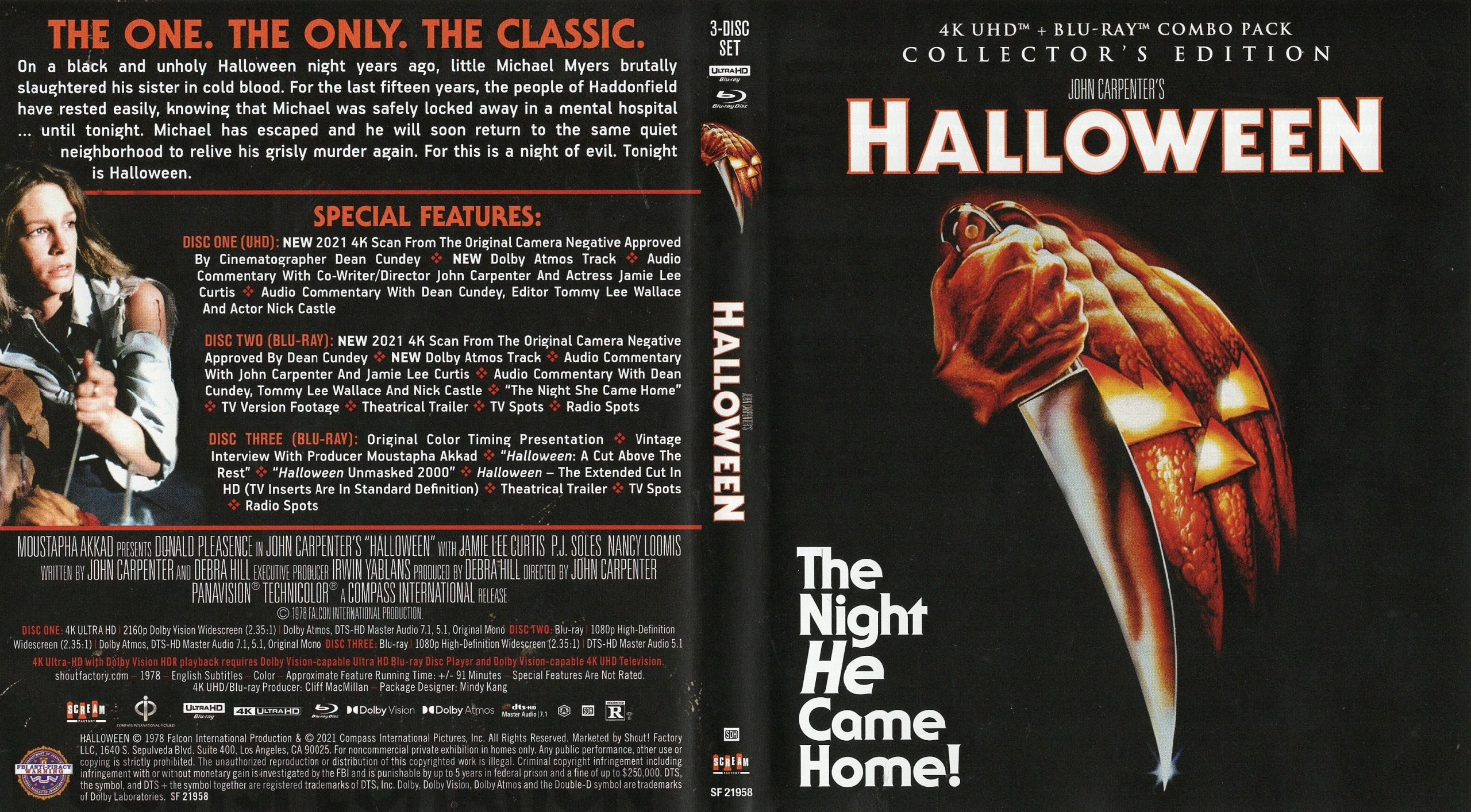 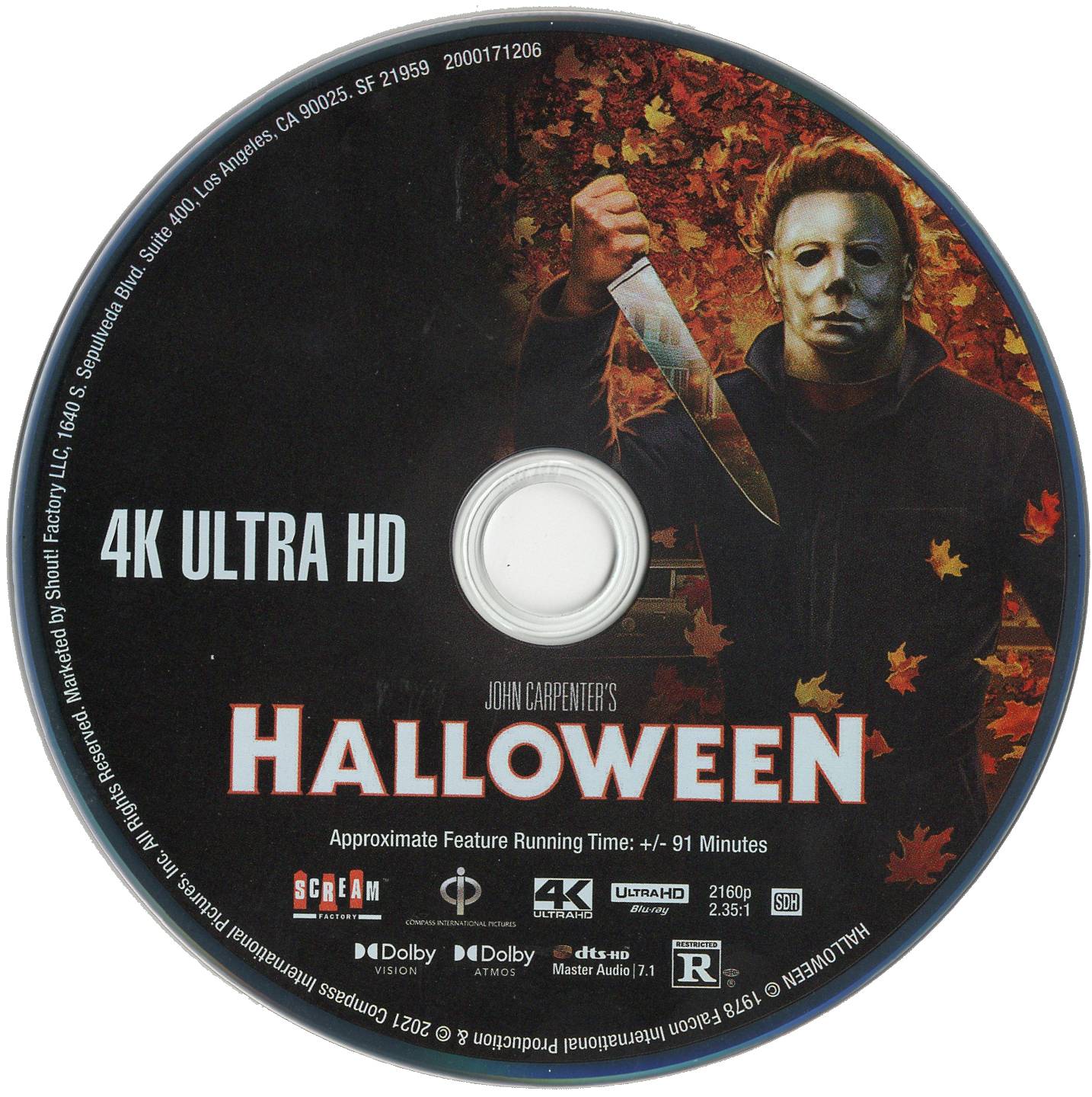