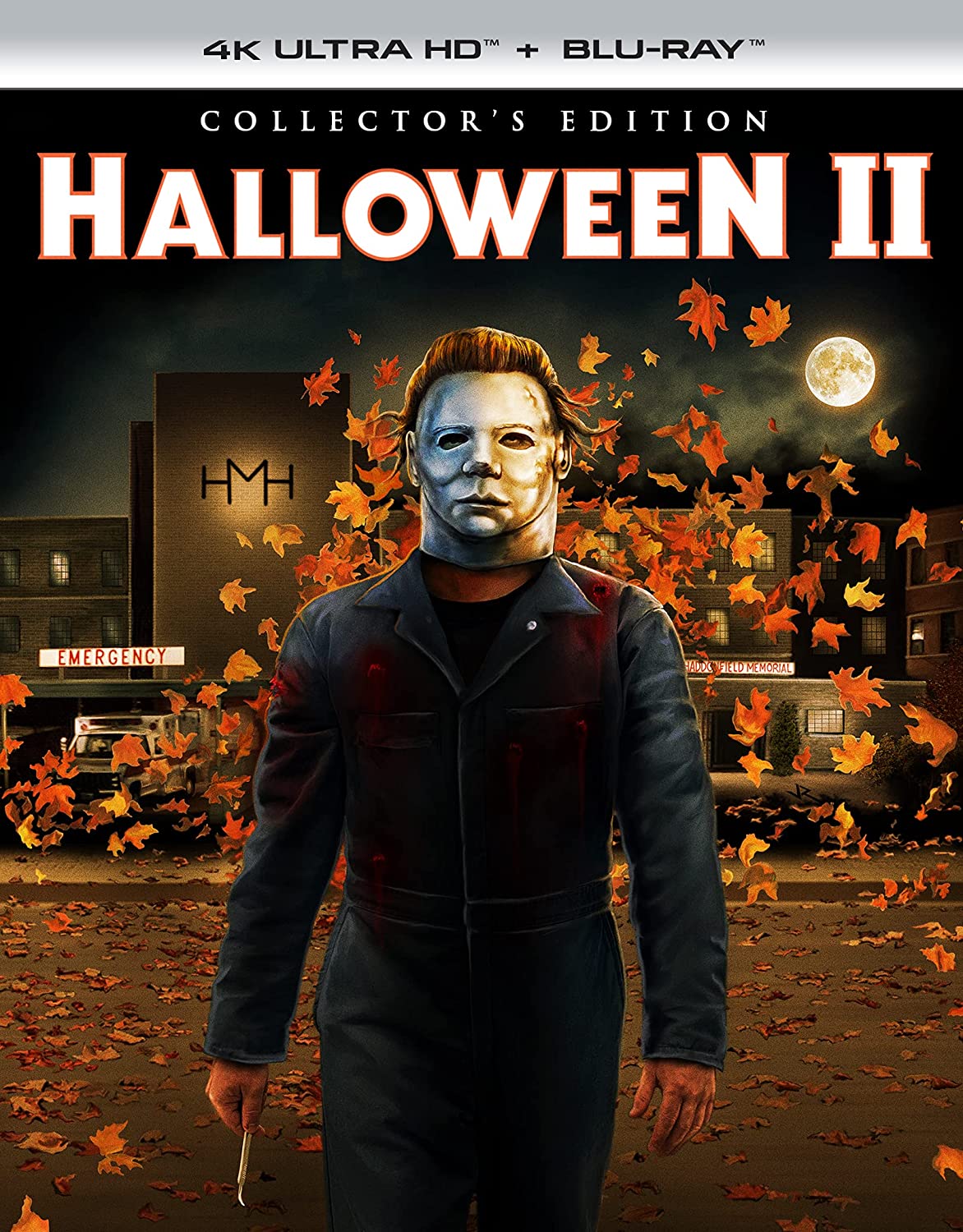 Much like we did with Halloween, we won’t spend a whole lot of time debating and reviewing the merits of this film because it has also been reviewed to death; plus, you can read our other pseudo-review of the film in our post about the previous 2018 steelbook release. Ultimately, Halloween II is a fun film that extends the mythos of Halloween considerably, responsible for creating the brother-sister dynamic between Laurie and Michael and also introducing the element of Celtic folklore to his motivations. This reviewer considers the first two films a perfect double-feature Halloween showing, although I also recognize the disparity in quality between the two (again, Carpenter did not direct Halloween II, and he has also bluntly stated his disinterest in continuing Michael Myers’ story, forced to write the script due to popularity). Thus, it is not as good as the original, but maintains much of the same tension and feeling throughout.

Scream Factory recently released Halloween II with a new 4K scan of the interpositive (it was originally stated as the original camera negative, but I believe that has since been dispelled) back in 2018. That steelbook release went out-of-print fairly quickly, but we were able to snag screenshots of it anyway; we’ve posted a comparison of that Blu-ray image with the included Blu-ray on this release so viewers can see the difference between the two 4K scans.

This 4K UHD sports a new 2021 scan of the original camera negative, and for all intents and purposes the results are quite good and similar to the previous Halloween 4K release. The detail and resolution is quite good, and largely does feel like an extension of the first film’s transfer; however, the scan does feel slightly less impressive with a bit more blurriness to background shots and less-pronounced background elements. That feeling of diminishing returns also may stem from Scream Factory’s already high-quality steelbook release with its own 4K scan. Whatever the case, this release feels a bit less impressive but still benefits from the use of DolbyVision HDR to present more contrasting, brighter colors and deeper blacks, which is where viewers will see the most difference. However, if one already owns the 2018 steelbook, it might be harder to justify double-dipping except if the drabber colors from the previous release were too off-putting.

This release features the original DTS-HD MA 2.0 audio as a default, but the new track is a Dolby Atmos option for those with the tech. I watched with the Atmos on and did notice that this release had a much quieter sound design than even Scream Factory’s Halloween Atmos, with the dialogue suffering the most from inconsistent volumes. However, the soundtrack does benefit from the use of the satellites and overhead channels with its stings and timpani-infused stalk score. Also included is a DTS-HD MA 5.1 track. English subtitles also included.

Extra features are largely ported over from previous releases including audio commentaries, featurettes, galleries, and multiple trailer and TV spots. Like the steelbook release, a DVD of the TV cut is also included along with the Blu-ray version of the film (which contains all of the extras). New to this release is a newspaper ad gallery.

The package comes with new artwork along with reversible original artwork, all housed in a nice hardcase slipcover.

While slightly less impressive than Scream Factory’s Halloween 4K, this Halloween II UHD feels like a natural extension of the original in both cinematography, color timing, and preservation. A new Atmos track and a large set of extras rounds out this release, although if you own the 2018 steelbook, it may not be worth your while to make the jump to 4K. 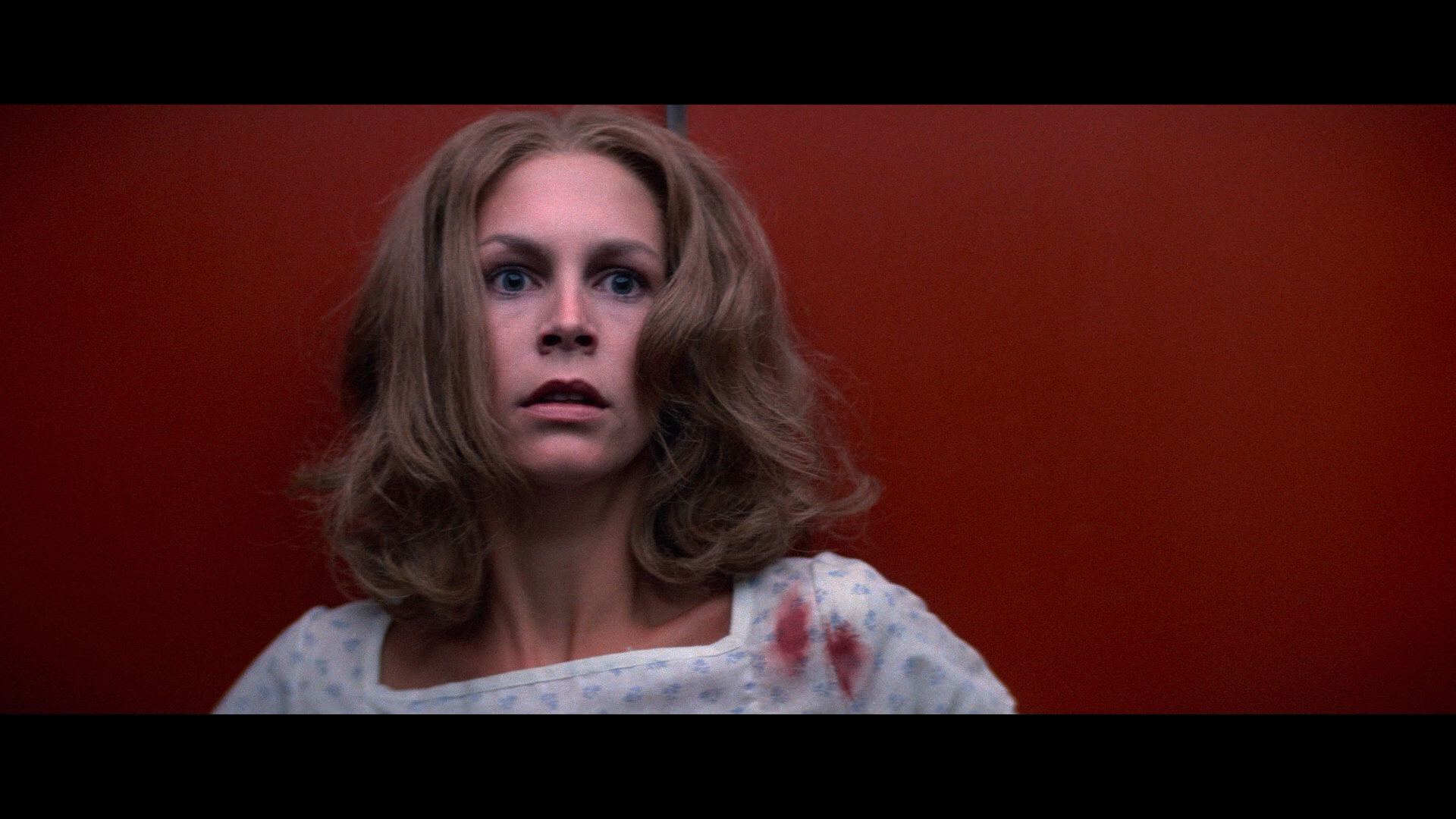 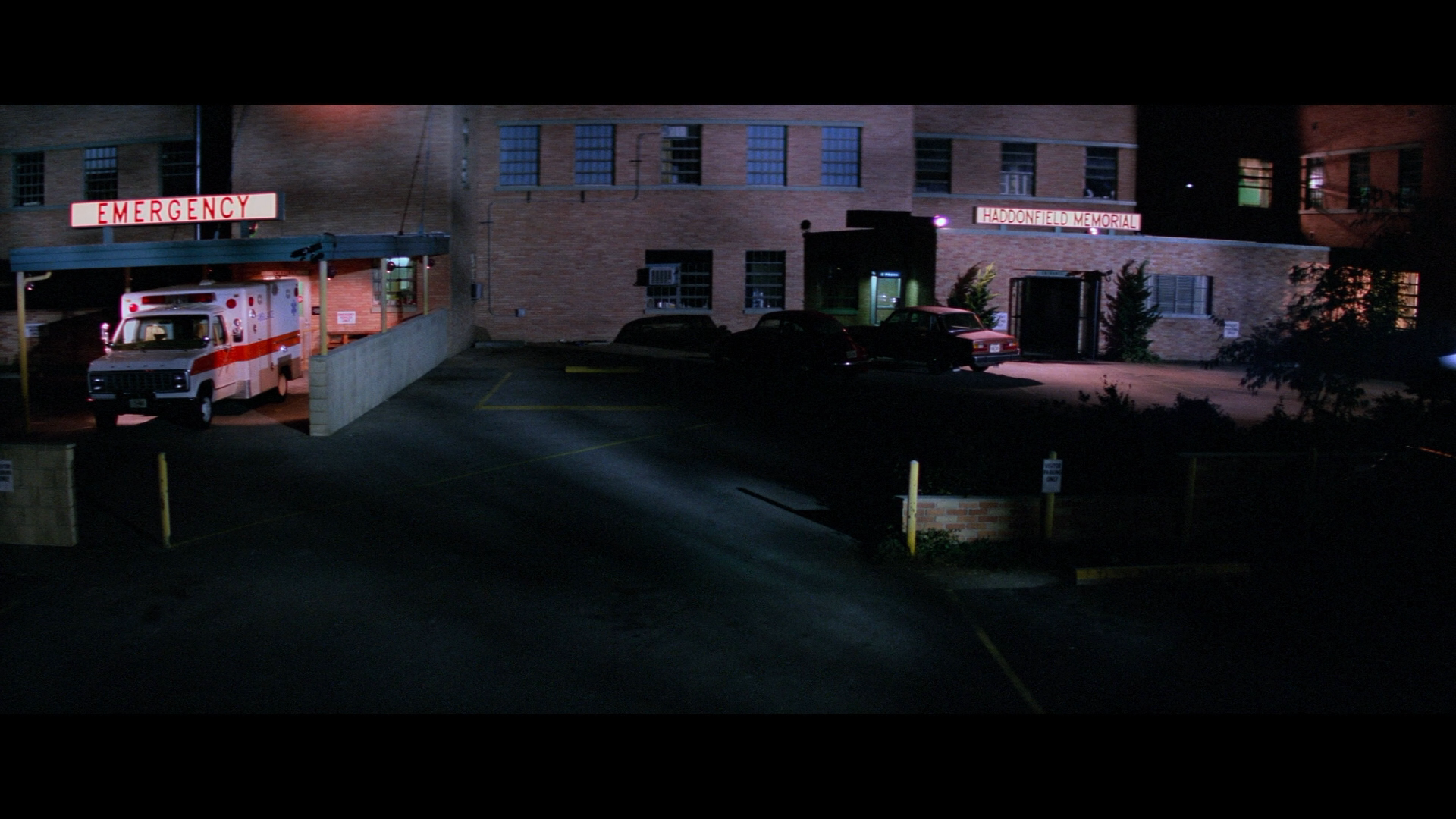 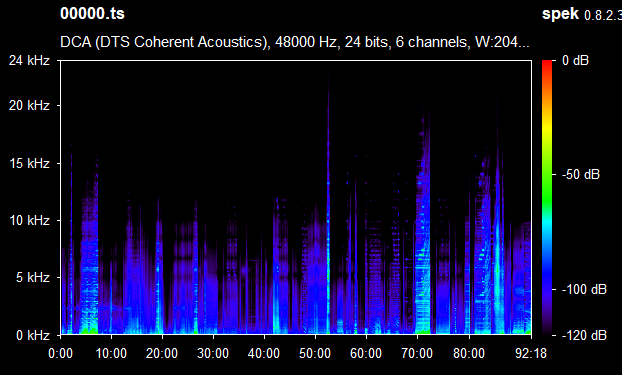 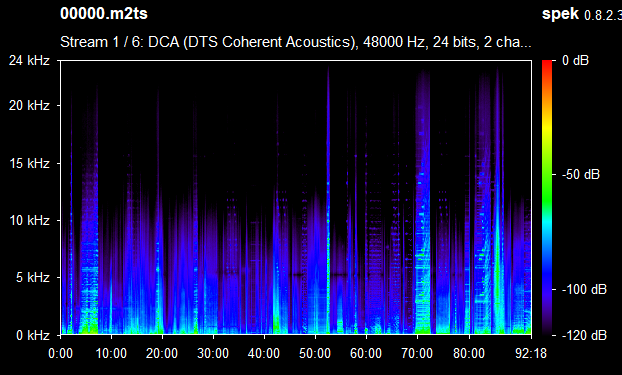 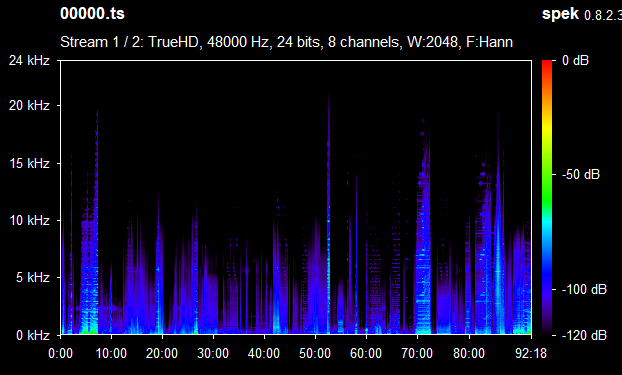 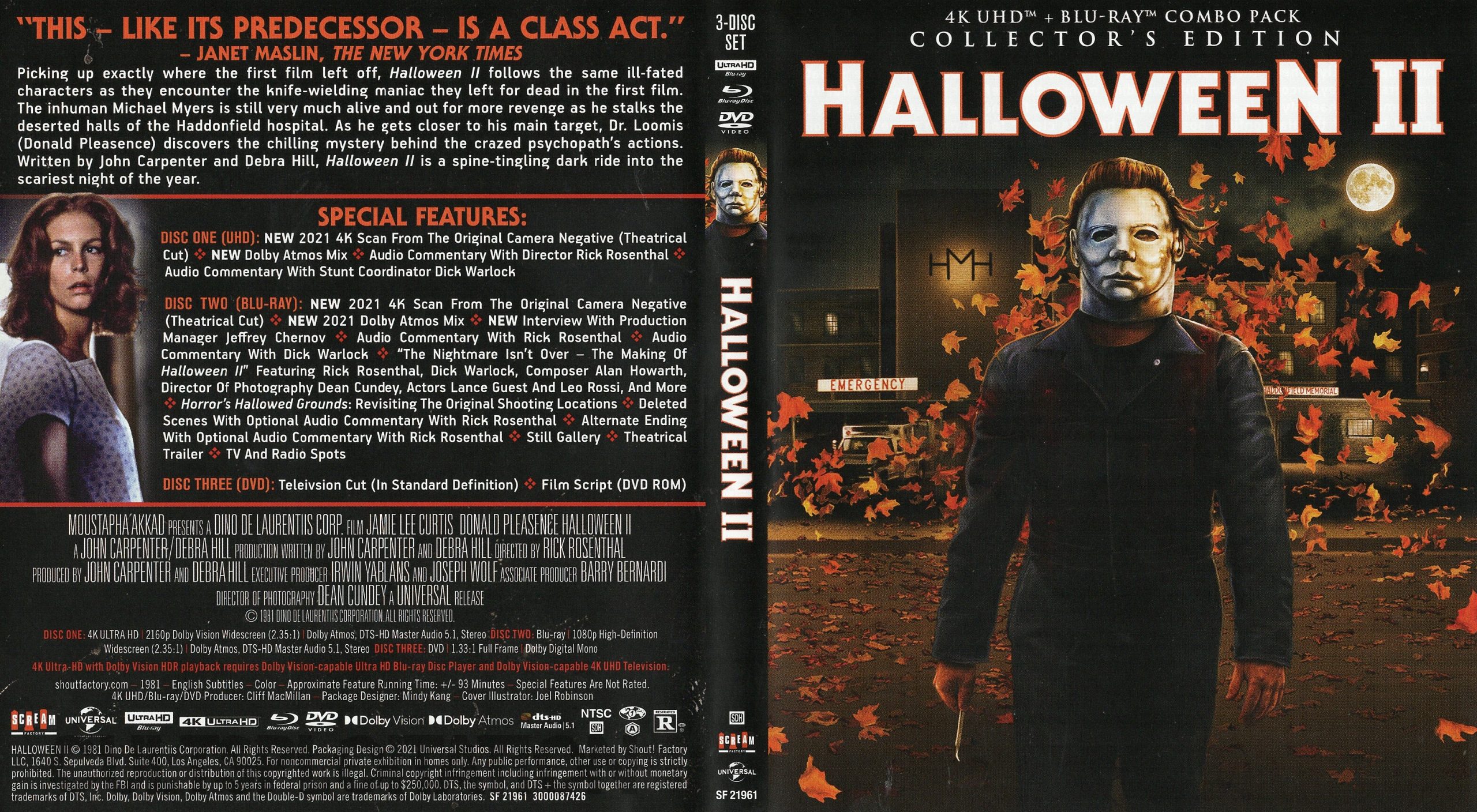 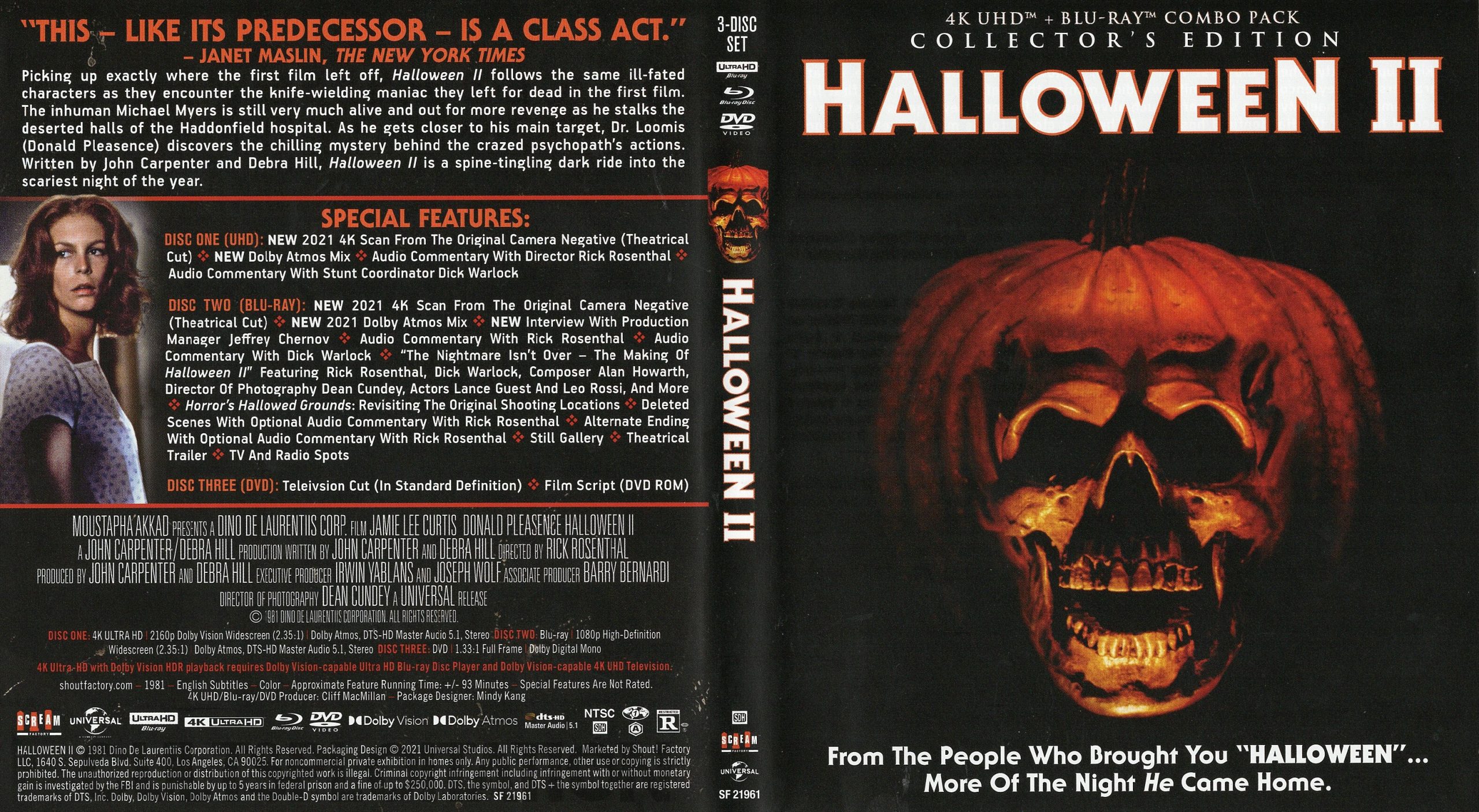 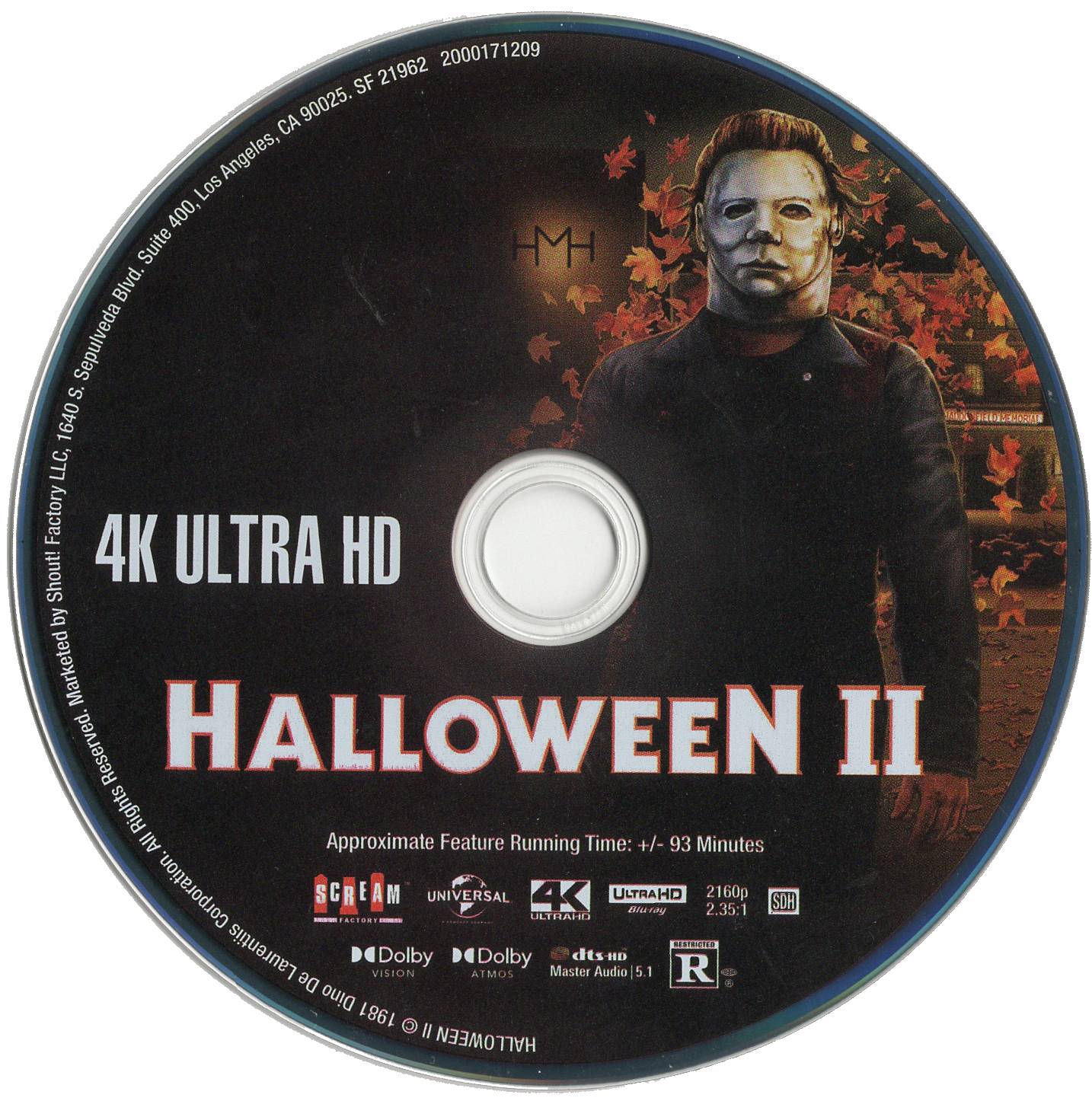