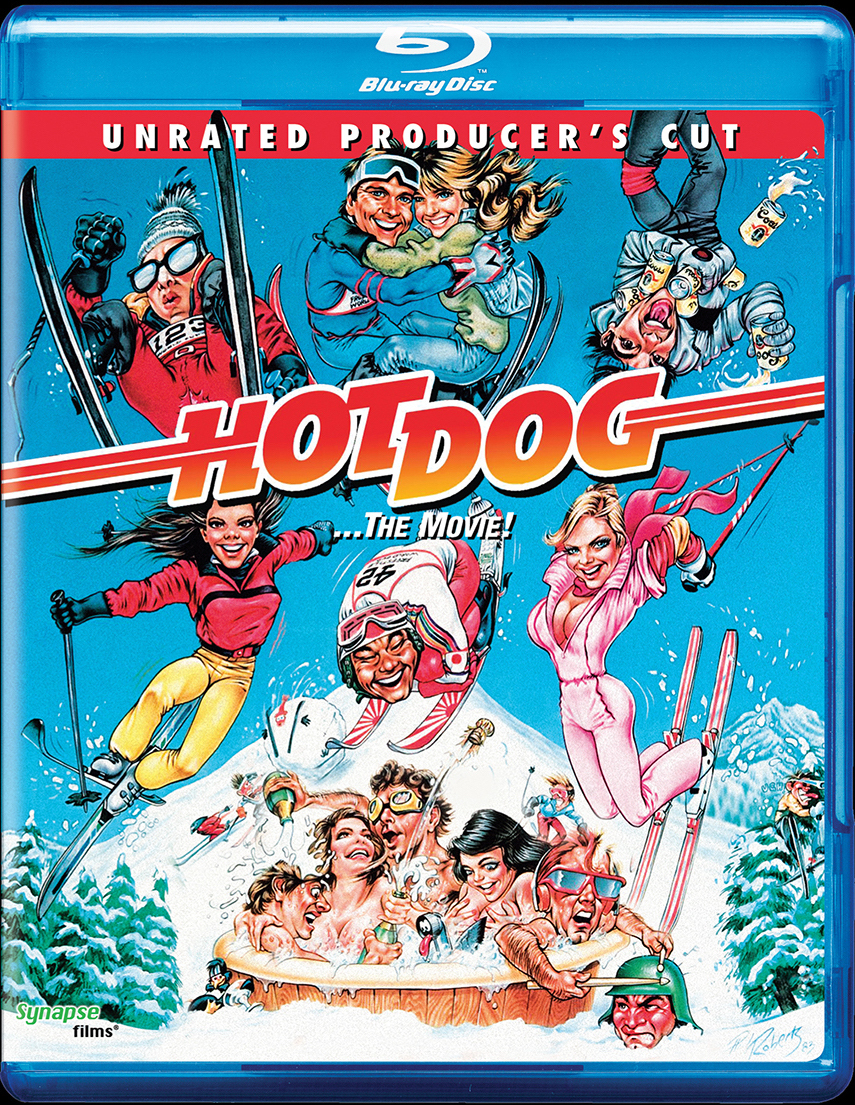 We throw around the term “wouldn’t be made today” quite a lot nowadays. It seems most older films contain something in it that would trigger our very PC culture. It’s like we can’t enjoy anything that has even the smallest potential of pissing someone off. Hot Dog… The Movie! is one such film that has a bunch of stuff that will twist the undies on a lot of people. It’s got gratuitous nudity, sexism, rape jokes, big bushes, lewd humour, plastic titties and that’s just the first half of the movie.

You know all those jokes about old ’80s ski films where the bad guys are usually rich foreign preppies, and the good guys are a ragtag group of alcoholic sex-crazed 20-year-olds? All of those jokes originate from Hot Dog… The Movie!. It’s a flick that set the bar for ski films like Better Off Dead, Ski School and Ski Patrol. It goes down the list of what a fun ’80s sex romp should be and checks off each requirement. We have the 20 something country bumpkin whose dream is to win it big in skiing. We have the runaway teenage cutie who is tough at first but soon falls in love with the bumpkin. We get the fun partying group led by a noticeable actor (David Naughton in this case). The required Playboy Playmate in the gorgeous form of Shannon Tweed. The evil rich foreigners who will stop at nothing to win, led of course by a thick-accented fur coat-wearing douchebag. Don’t forget the bar party where a wet t-shirt contest plays out, and everyone starts taking their tops off and partying like crazy. And last but not least we have to have the country bumpkin stand tall and take down the bad guys in an over the top event (what the fuck is the Chinese Downhill?) that potentially causes a few deaths (the stuntwork during these scenes is phenomenal). Hot Dog… The Movie! checks each and everything off perfectly and there is not one thing that would disappoint a lewd, crude ’80s-loving guy like me.

Synapse Films knows that not everyone is so damn uptight and just likes to kick back and enjoy the nostalgia. Hence why we get a kickass Blu-ray, featuring the full uncut Producer’s version, which features more nudity, sex and restored scenes. The video transfer should please most people. There is a very small bit of film damage here and there, but nothing distracting. The audio is presented in both 5.1 and original 2.0 mono. I watched the film with the 5.1 DTS-HD Master Audio and was happy to hear the surround sound being used at various times. We get the wispy winds through the tall mountains, and the ’80s music blares through nice and clean.

Extra Features include a 54-minute documentary on the film. Various cast and crew are interviewed and provide all sorts of lovely bits of information about the film and the shenanigans that happened in front and behind the scenes. Writer and second unit director Mike Marvin gives us plenty of details about some of the true things that happened to him that inspired the script. We also find out about some trouble that occurred when the film was edited together into a whopping 3-hour director’s cut that made Mike Marvin very unhappy. Rounding out the features is an audio commentary with Mike Marvin, moderated by Michael Fletcher, a trailer, TV spots, Radio Spots, and finally a music video for the “hit” song “Top of the Hill.”

Hot Dog… The Movie! is the quintessential ’80s ski film that features enough nudity, humour, and cheese that you’ll be hard-pressed to not love it. Unless of course you hate fun. Synapse Films releases a wonderful Blu-ray that offers not just solid audio and video, but also a fun and informative documentary. Pick it up! 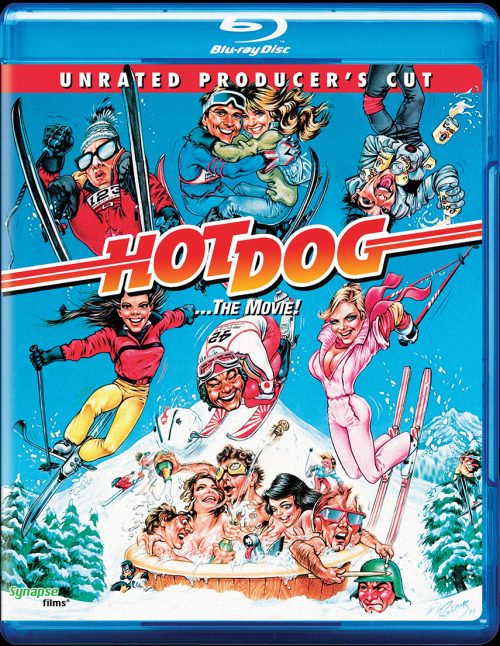